7 facts you should know about the Ebola outbreak

Share All sharing options for: 7 facts you should know about the Ebola outbreak

The worst Ebola outbreak on record is currently unfolding in West Africa, and it's been a long affair that has infected more than 1,000, killed more than 600 people, and has yet to show any signs of slowing down.

The outbreak has gotten so bad that countries like Sierra Leone are now quarantining affected communities and have said that they'll send in the police or military to enforce them if necessary.

Here's the most basic facts you should know about Ebola:

1) Ebola doesn't change as fast as some other viruses 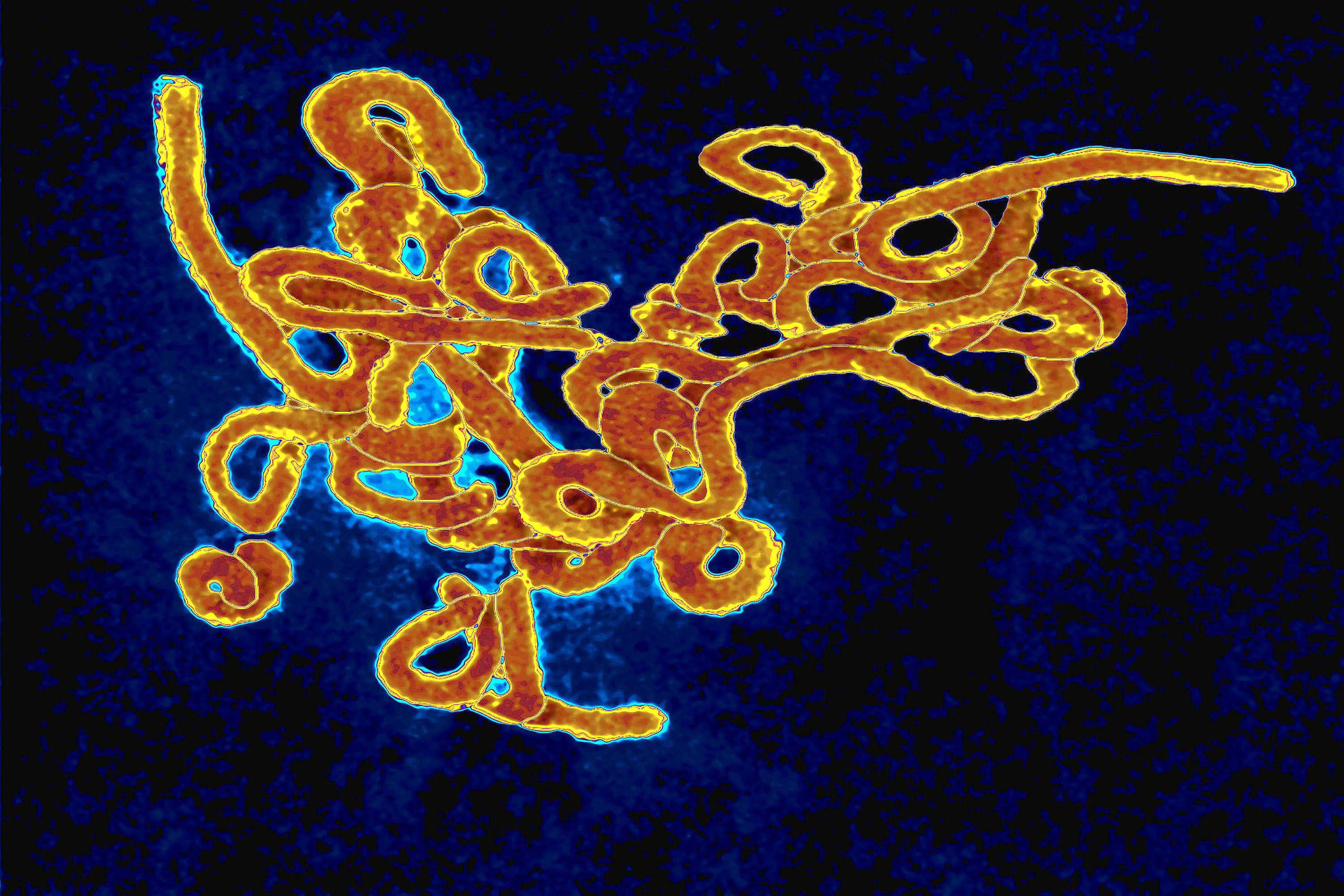 The Ebola virus that's causing the current outbreak is a known quantity. And there's no expectation that it will change significantly. Ebola was first discovered in 1976 and has stayed pretty much the same ever since.

Some other kinds of microbes can change drastically from year to year, including certain flu viruses and SARS-related viruses. In these cases, public health experts are always watching to see what new strain has popped up that could have new tricks. This isn't really the case with Ebola.

"The Ebola virus today is acting the same way Ebola viruses have always acted," Michael Osterholm told me. He's a biosecurity expert and director of the Center for Infectious Disease Research and Policy at the University of Minnesota. This means that the severity of the current Ebola outbreak is not because the virus itself has gotten any worse, but because the situation that the virus is in is so bad. 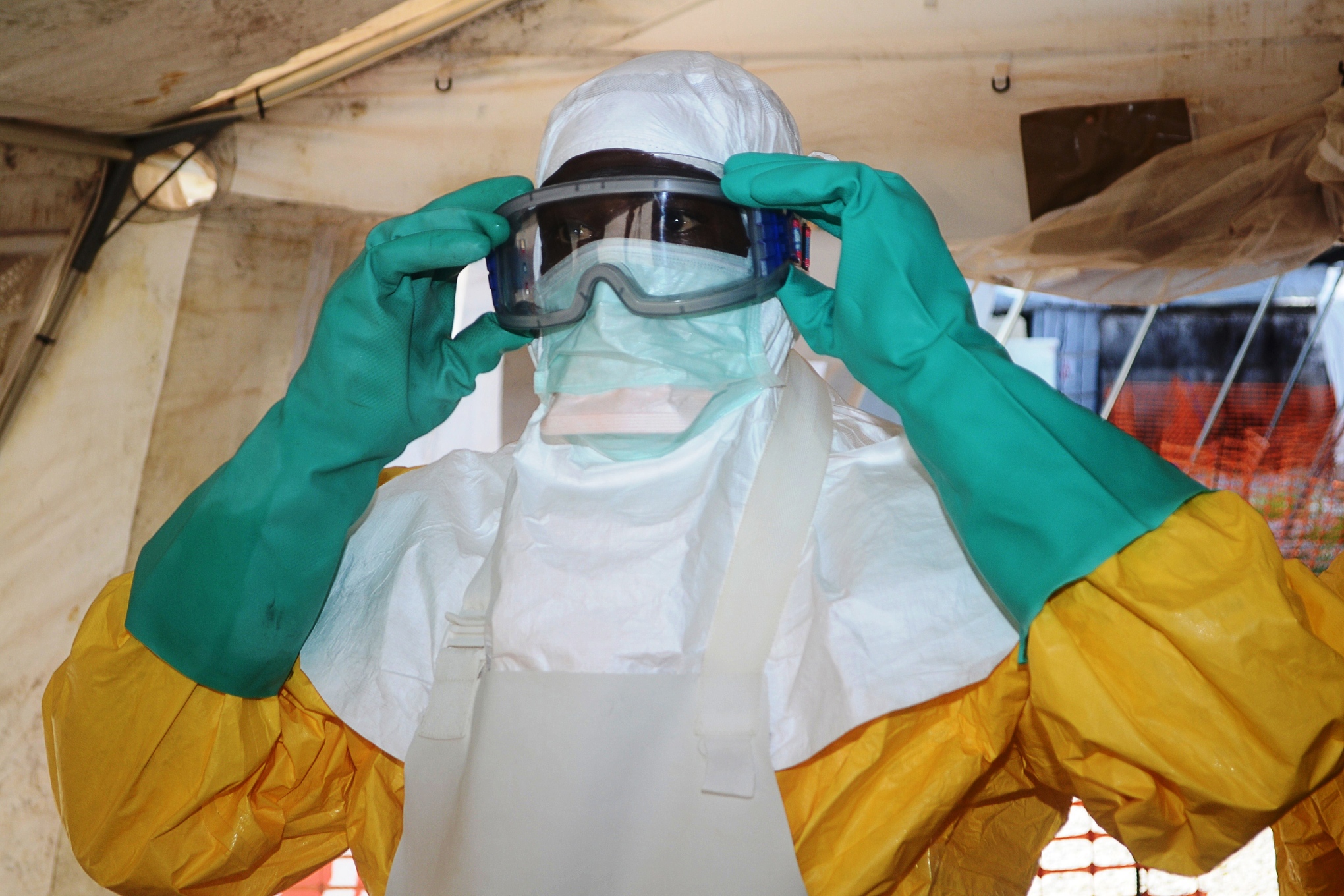 A member of Doctors Without Borders in Conakry, Guinea. (Cellou Binani/AFP via Getty Images)

It's extremely unlikely that someone would catch Ebola from simply being on the same plane or in the same public space with someone who was affected. That's because Ebola doesn't tend to travel through the air like the flu and other respiratory illnesses.

In order to catch Ebola, you have to touch the bodily fluids (such as sweat, vomit, diarrhea, blood, urine, or semen) of an Ebola patient — dead or alive. Because Ebola can stay alive on a surface for at least several days, you could also get it from touching bedding or other inanimate objects contaminated with those bodily fluids. After that, you would have to get the virus into your body by, for example, touching food and eating it.

3) People with Ebola generally aren't infectious until they're sick 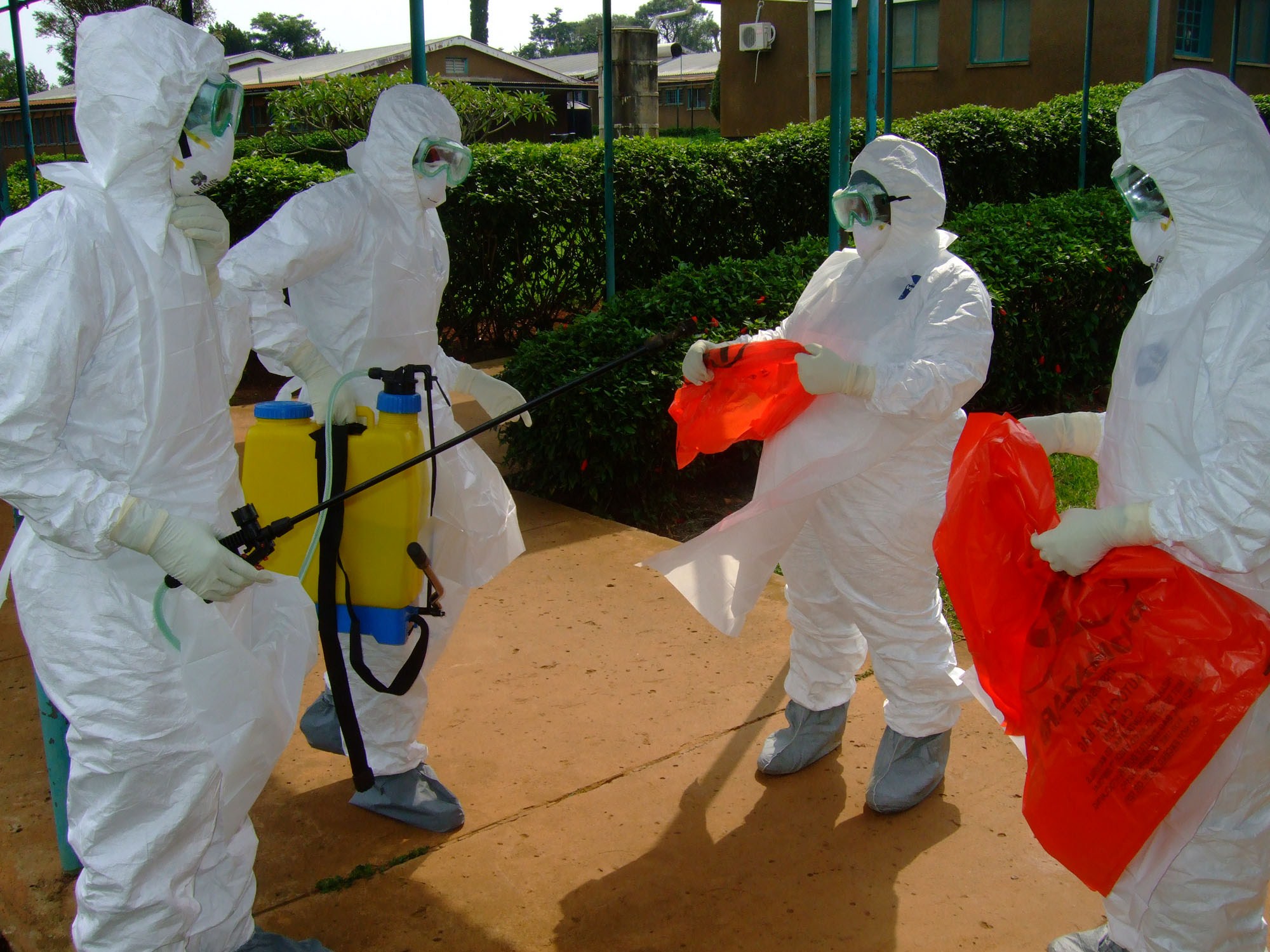 World Health Organization officials prepare to enter a hospital during a 2012 Ebola outbreak in Uganda. (Isaac Kasamani/AFP via Getty Images)

This means there's usually a clue that someone might be contagious — such as fever, aches, or diarrhea. These early clues can be confusing, however, because they often look like other things: namely the flu and other diarrhea illnesses. (Some of the more famous symptoms of Ebola, like bleeding from orifices, don't tend to come on until later and sometimes don't happen at all.) 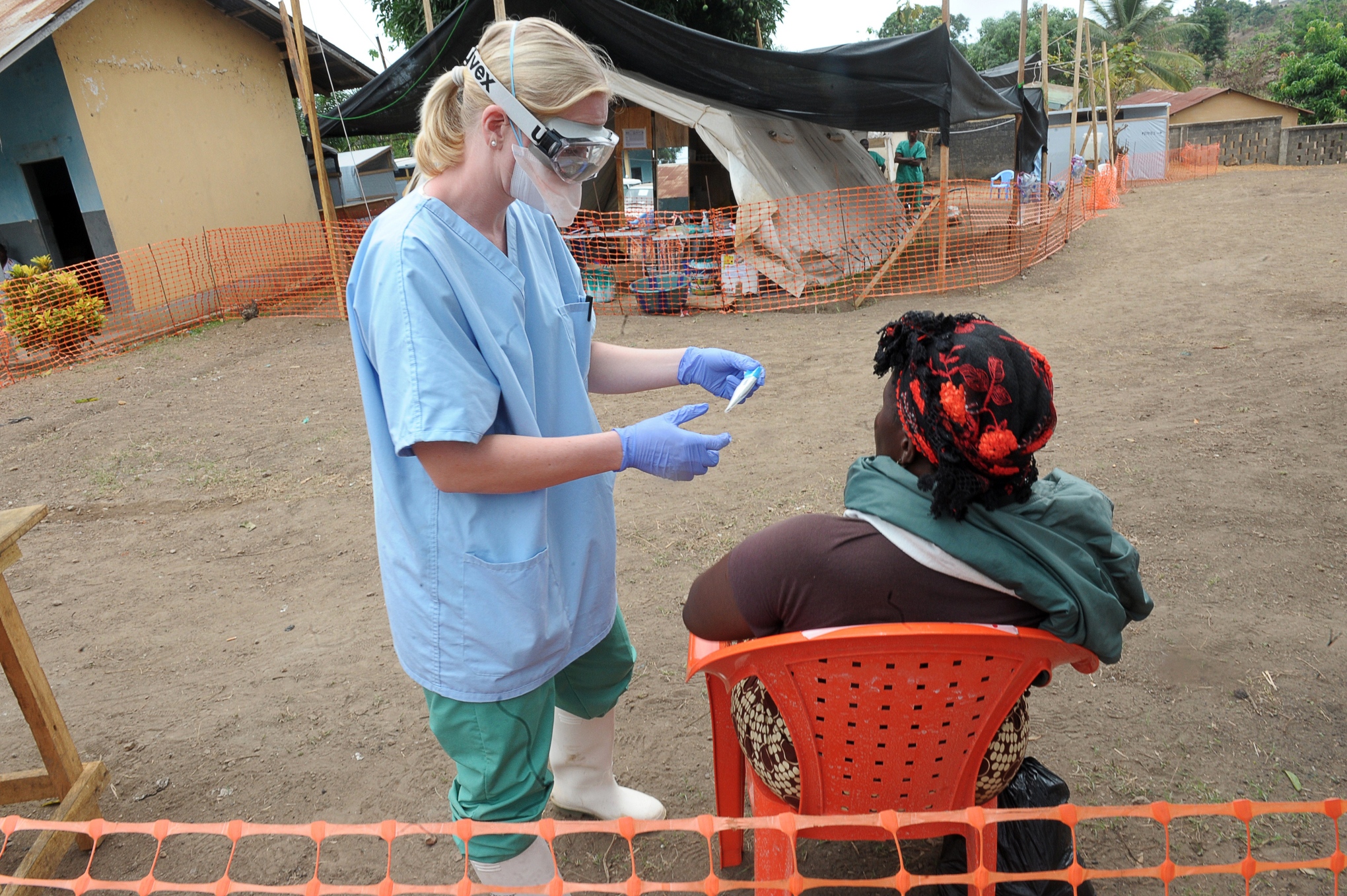 A nurse examines a possible Ebola patient in Guinea.  (Seyllou/AFP via Getty Images)

The current Ebola outbreak has had a survival rate of about 40 percent, per the latest numbers from the World Health Organization. And good medical care can help people survive.

There are five types of Ebola viruses. The one that's causing the current outbreak (Zaire ebolavirus) has had an overall survival rate of roughly 30 percent since it was first discovered in 1976.

Gloves and boots used by medical staff, drying in the sun, at a center for victims of the Ebola virus in Guinea. (Seyllou/AFP via Getty Images)

The countries at the center of the outbreak — Guinea, Liberia, and Sierra Leone — are among the poorest in the world. All three have GDPs per capita that are less than Haiti's. Heath care spending is also dismally low: between $40 and $100 per person per year. With health infrastructure that weak, it's not so surprising that there have been reports of mistrust and fear of medical workers during the outbreak.

As such, a lot of the job of fighting Ebola in western Africa has fallen to non-governmental organizations such as Doctors Without Borders. That group has been warning for some time that it doesn't have enough support: "With resources already stretched, health authorities and international organizations are struggling to bring the outbreak under control."

Another factor making the current outbreak so deadly: This is the first Ebola outbreak in the region, which has made awareness and education especially difficult.

6) Ebola could pop up in random countries, but that doesn't necessarily mean disaster 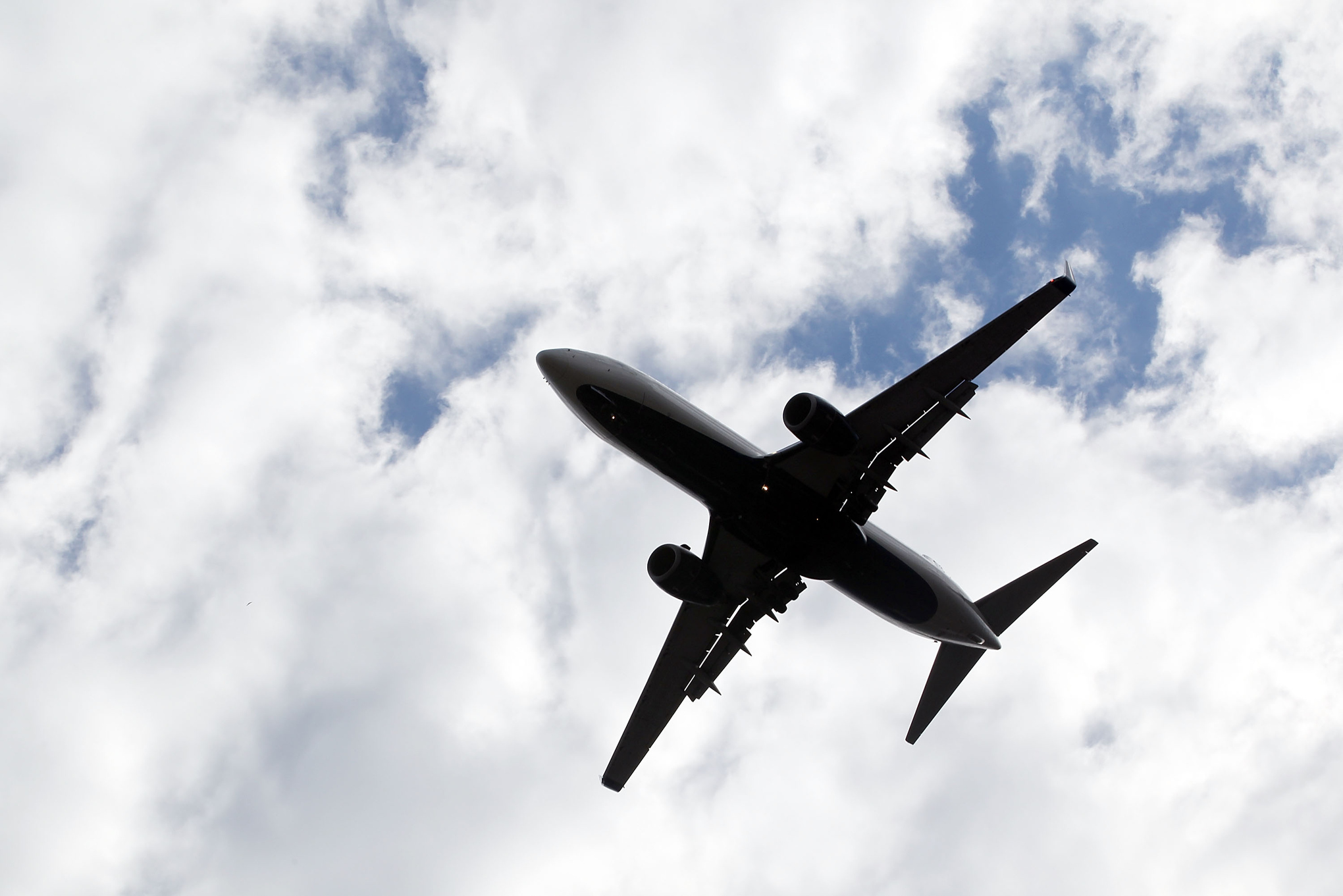 The high rate of international travel these days means that it's possible for a single case of an infectious disease to pop up somewhere far-flung. But that doesn't necessarily mean that there will be a giant outbreak in that new location. A lot depends on how quickly the virus is noticed and how prepared the public health system is to deal with it.

For example, while the Middle East was battling hundreds of cases of the deadly MERS virus, two people brought it into the United States in May. But they didn't spread it to anyone else — and the outbreak never spread.

7) If Ebola came to the US, it probably wouldn't get very far 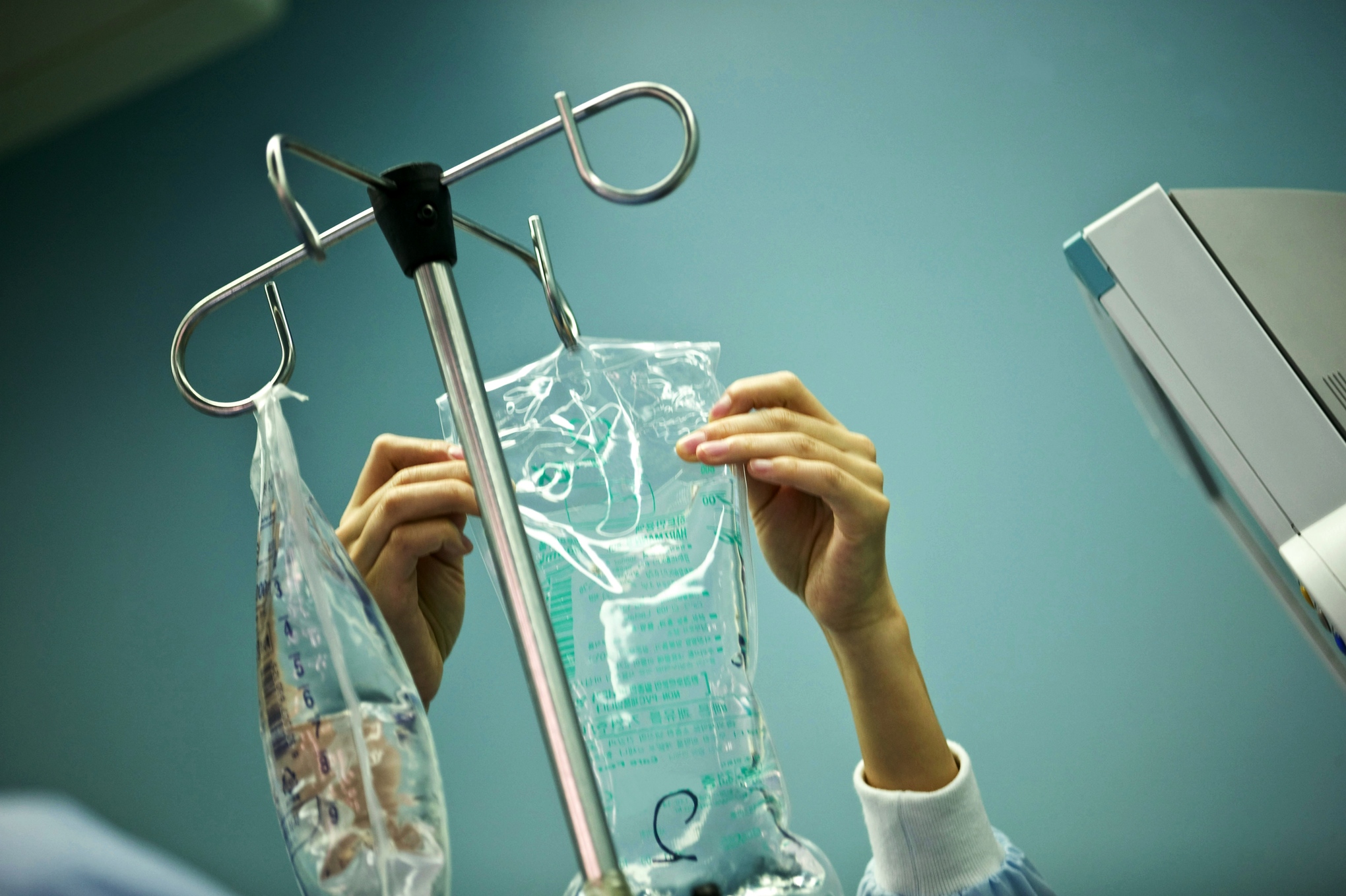 The US has a strong health-care infrastructure, and experts say that means that Ebola here would never look like Ebola in West Africa.

The worst-case scenario is that the first person to bring Ebola over to America would be sick and contact with lots of people before anyone realizes that it might be Ebola and brings her to a hospital. But here, modern hospitals would likely use proper procedures to prevent transmission, and epidemiologists would track down people who are at risk of infection and make sure they don't spread it to others.

Overall, it's unlikely that Ebola would get any farther than a localized problem in one area. Even in the worst-case scenario, Osterholm says, "I don't think we’ll have a serious public health threat in any of the developed countries."