Share All sharing options for: This 1856 law makes it legal to seize islands for America if they have lots of bird crap

Did you know that, according to a 158-year-old federal law, any American who discovers large deposits of bird excrement on an island can legally claim that island as US territory?

Whenever any citizen of the United States discovers a deposit of guano on any island, rock, or key, not within the lawful jurisdiction of any other government, and not occupied by the citizens of any other government, and takes peaceable possession thereof, and occupies the same, such island, rock, or key may, at the discretion of the President, be considered as appertaining to the United States.

"Guano" is dried feces from a bird or bat, though seabird feces is mostly what the act was concerned with. It's also an extremely potent fertilizer, so much so that its introduction to European and American markets in the mid-19th century caused a mad rush for more supplies.

"In 1840, the first Peruvian guano was shipped to Europe, arriving in London," Northwestern's Alvita Akiboh writes. "Over the next two years, 182 tons were shipped to England. Just twenty years later, in 1862, that amount had risen to 435,000 tons." And before long the craze had spread to America. "The first shipment of guano arrived in the United States in 1844 and consisted of 700 tons of the stuff," writes Columbia's Christina Duffy Ponsa. "A decade later, guano imports into the United States peaked at 175,849 tons."

At the outset of the guano boom, Ponsa explains, Peru more or less had a monopoly on the good, and the American and Peruvian governments weren't on particularly good terms with each other. Before long, Americans began seeking out alternative sources of bird crap.

Soon the problem arose of what to do if Americans wanted to extract guano from locations already claimed by other governments — in particular uninhabited islands where birds had been dropping their excrement for millennia with no human interference. Ponsa explains the incident that finally spurred Congress to pass the Guano Islands Act (all internal quotes here are Ponsa quoting Richard Wines' Fertilizer in America):

The United States found itself embroiled in several diplomatic disputes involving guano islands that had been claimed by enterprising American "discoverers" unwilling to wait for government action. The incident that finally triggered legislation centered on the Caribbean island of Aves, an "isolated, uninhabited dot" lying about 350 miles off the coast of Venezuela. In 1854, Americans landed on Aves and "attempted to claim Aves Island as United States territory. To buttress that assertion, they occupied the island, erected a 'liberty pole' (their ballast) on the island, and even transported some 'American females' there." They left temporarily, and when they returned with guano mining equipment, they found the employees of a rival British firm already engaged in the enterprise. At first, the two groups divided up the island between them and went about their business. But Venezuela, which considered the island part of its territory, was unimpressed both by the rituals of possession that had been performed on Aves and by the actual occupation of the place. A Venezuelan warship arrived several months later and expelled everyone. This led to a dispute that would last for decades, even after Aves Island's guano turned out to be "comparatively worthless as a manure."

Law on the guano islands 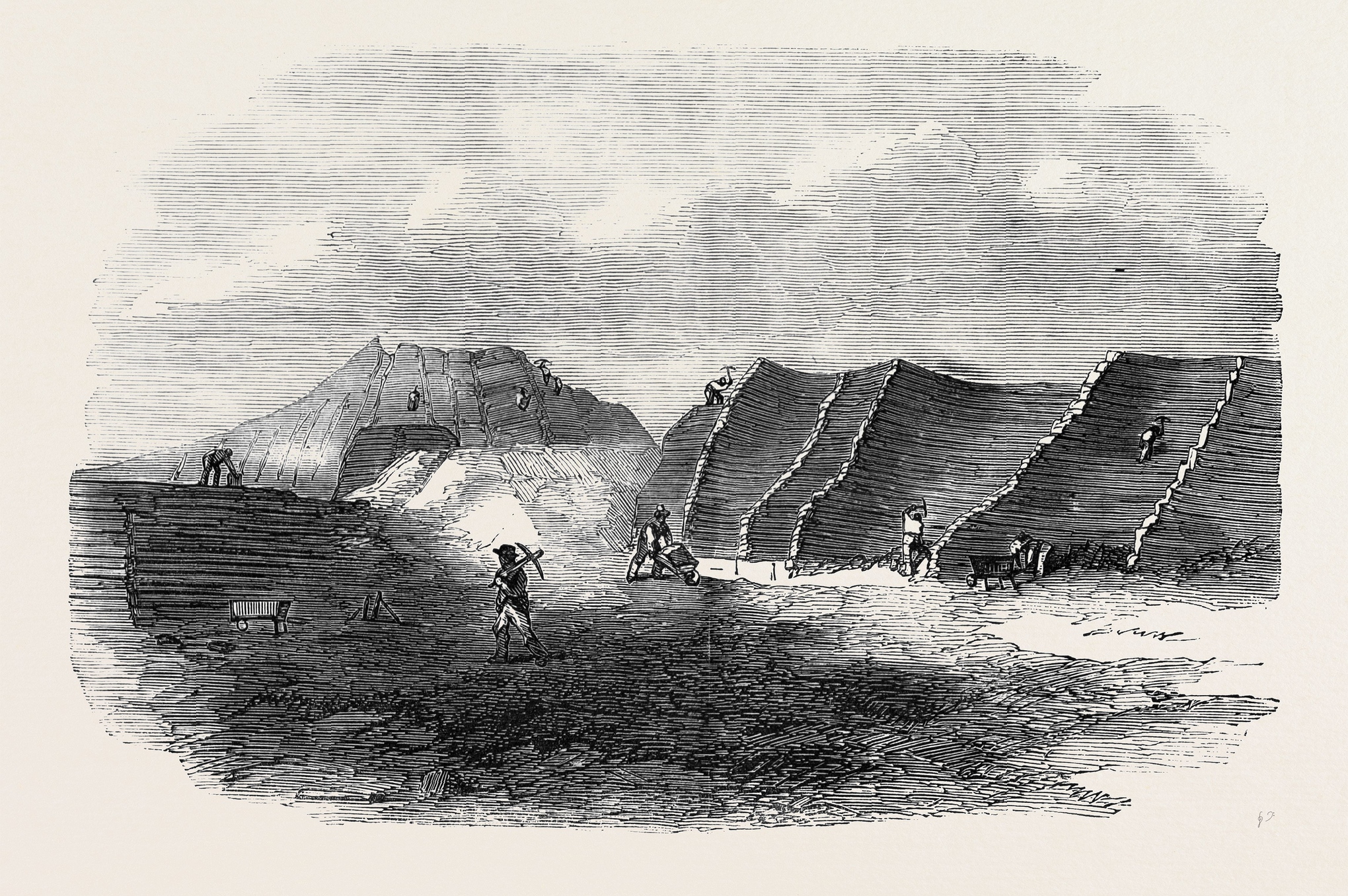 Another day in the guano mines. (Universal History Archive/UIG via Getty Images)

And so the Guano Islands Act came to be. Ponsa notes that while a federal judge laid out a seven-point test for whether or not a given land acquisition was legal under the Act, the actual process was much more chaotic.

The result was a lot of legal confusion. In one case, workers on the island of Navassa, whose ownership is disputed between the US and Haiti to this day, rioted and killed five supervisors in a protest of their horrendous working conditions, which included long hours, high likelihood of injury, docked pay and increased rent in case of injury, ultra-high prices as the "company store," and placement in stocks if workers talked back. Federal juries convicted forty participants in the uprising of crimes ranging from murder to rioting, and the three convicted of murder were sentenced to die. The case had strong racial overtones, as the managers were all white, and the workers black. As Baltimore City Paper's Brennen Jensen noted in his piece on the subject, many of the initial Navassa laborers were black men taken from Baltimore-area correctional institutions, with the state of Maryland's cooperation.

The three convicted of death — George Key, Edward Smith, and Henry Jones — appealed the verdict all the way to the Supreme Court. They didn't dispute the facts of the case, but claimed, among other arguments, that the Guano Islands Act was unconstitutional, as it differed from the international law standard of territorial acquisition by "occupancy, discovery, conquest, or cession" (Haiti, then as now, had definitely not ceded Navassa).

The court ruled against them, establishing that the Act was constitutional, but didn't definitely state if the island belonged to the US or not. "It was now clear that federal courts had jurisdiction over crimes committed on guano islands — but whether such crimes had been committed in the United States, still no one knew," Ponsa concludes. Key, Smith, and Jones eventually had their sentences commuted to life imprisonment by President Benjamin Harrison after another worker abuse scandal relating to guano collection on Navassa emerged. 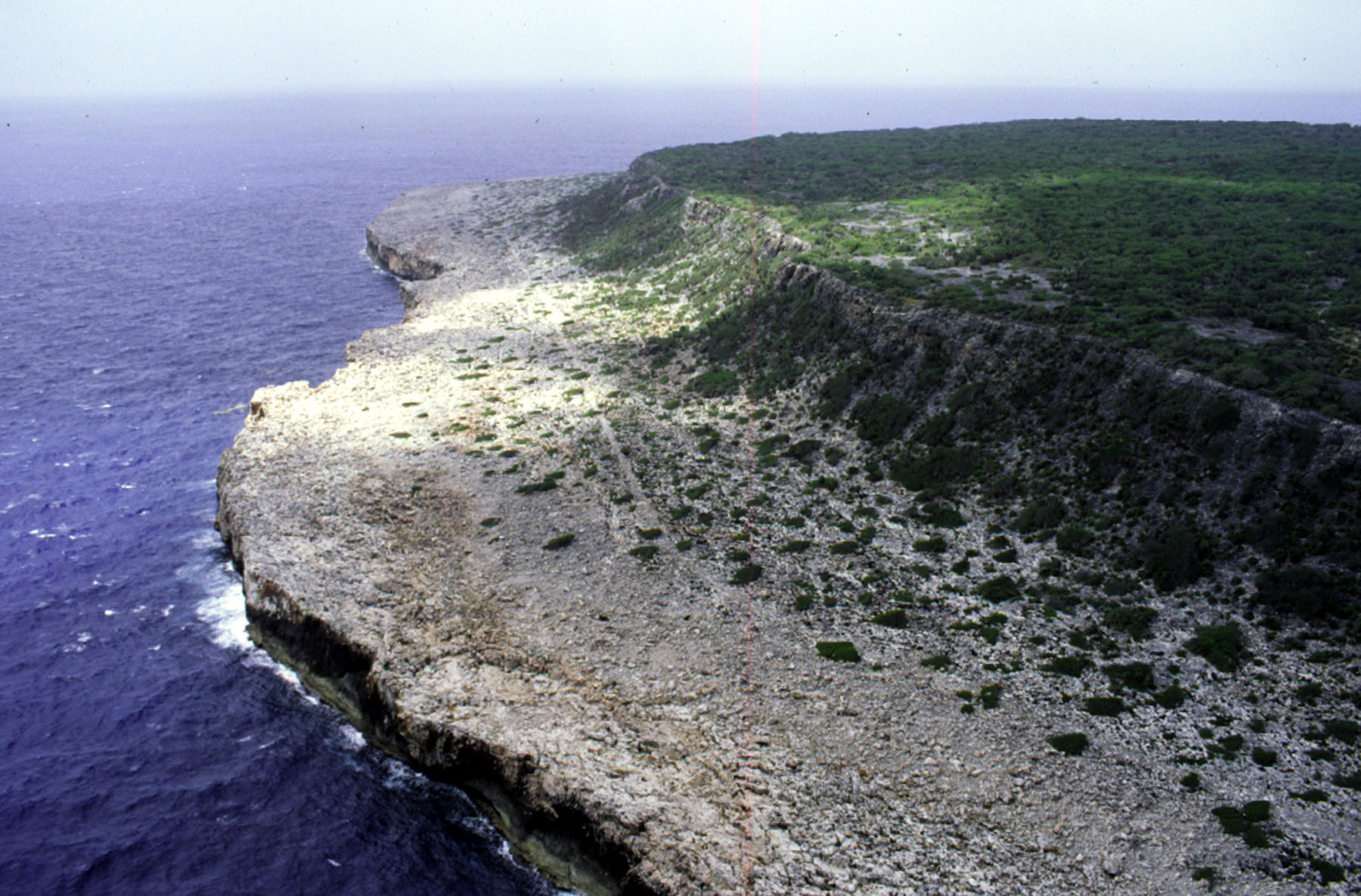 Navassa island, still claimed by the US, much to Haiti's chagrin. (US Geological Survey)

The most notable piece of guano-related jurisprudence in recent years is probably the case of US v. Warren (1997), which confirmed that the islands are, implausibly enough, still ours. Shook, Hardy, and Bacon's Kevin Underhill writes that "the court held that Navassa has 'appertained to' the U.S. since 1857, and the U.S. has never given it up."

The rulings around this, Underhill argues, are surprisingly important — and not just because islands acquired under it, including Midway, are still technically US territories. The trickiness of dealing with them lead to "the whole concept of 'unincorporated territories' or 'insular areas' over which the U.S. exercises jurisdiction, but in which the Constitution does not fully apply." Guam, Puerto Rico, the US Virgin Islands, the Northern Mariana Islands, and American Samoa — none of which were acquired through the Guano Islands Act — all are categorized as "unincorporated" territories and Samoa, like Midway and Navassa, is a "unincorporated, unorganized" territory.

More broadly, the Guano Islands Act matters as a very early indication of America's imperial ambitions. Puerto Rico and Guam, after all, were themselves imperial acquisitions, won in war from a rival imperial power. In an interview with Sina Najafi of Cabinet Magazine, Ponsa argues that the kind of territorial acquisition the Guano Islands Act set off has to be seen as distinct from the overall westward expansion of the US. While territories taken on the mainland of the US were understood to be on a path to statehood, the Act enabled the "taking the places without really taking responsibility for them within the federal system."

What's more, "to get the bill to pass, they also stuck in a bit about how the United States could get rid of the places if it wanted—that there was no commitment to hang onto these islands after the resources had been stripped or their utility otherwise terminated." The islands could be acquired for purely extractive purposes, in true imperial fashion. Similar arrangements, Ponsa notes, were used by European empires to avoid the messiness of assuming full sovereignty over their territories.

Also of note is the fact that various other nations were scrambling to secure their share of guano islands, meaning the US was embroiled in an imperial "race for guano" of sorts. University of Kansas historian Gregory Cushman, in his book Guano and the Opening of the Pacific World, explains what happened after the US passed the Islands Act:

Not to be outdone, the United Kingdom claimed Kiritimati (Christmas) and Malden Islands in the Central Pacific and belatedly annexed the Naimibian guano islands. Claiming a guano island became a favored way for a country to assert itself as a colonizing power: France, the Kingdom of Hawaii, Japan, Mexico, Germany, and Australia, among others, all joined the scramble in the Pacific … By World War I, nearly every insular territory in the Pacific Basin except on its far southern rim was theoretically subject to some distant government. 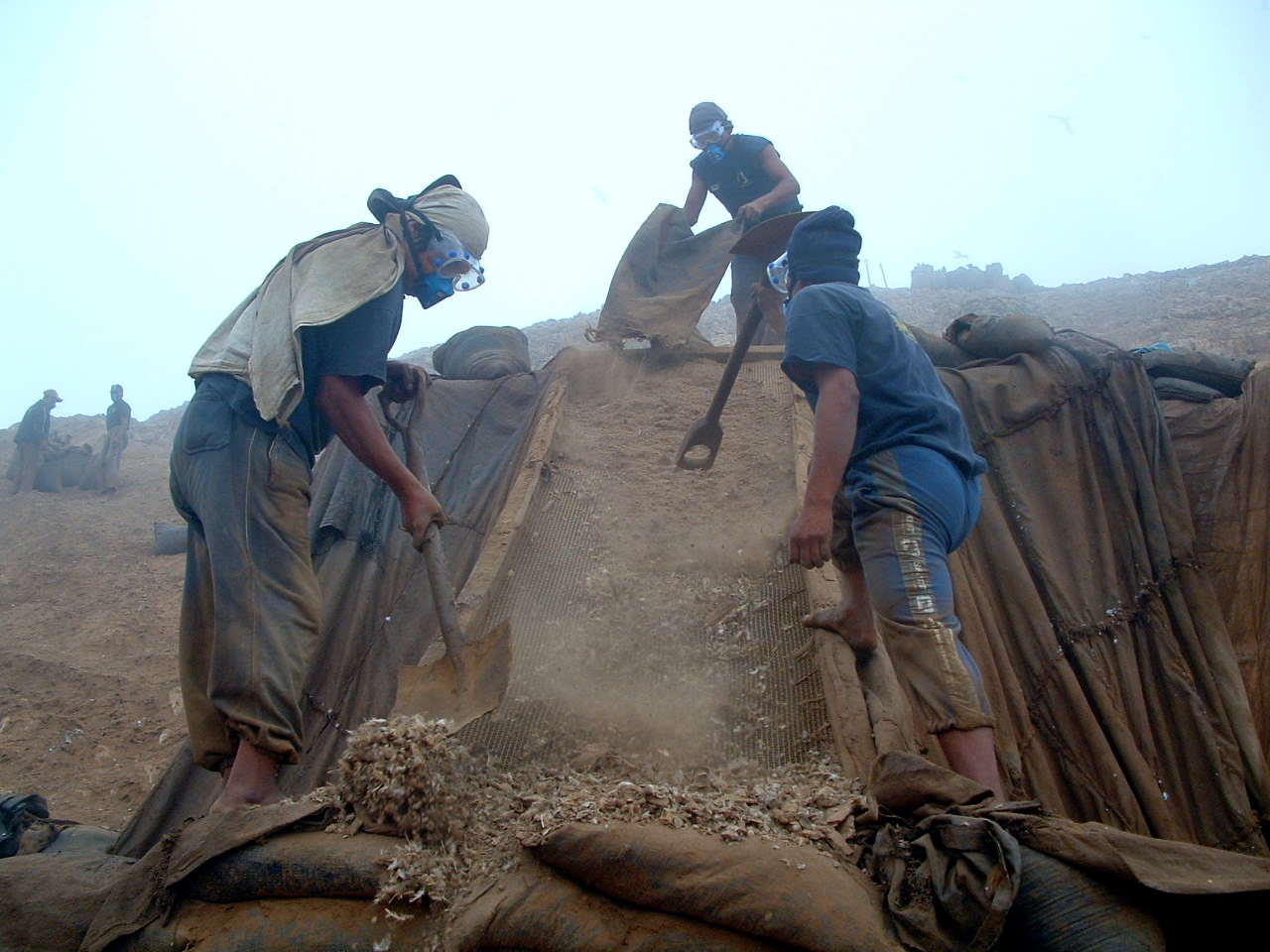 As for guano itself, there remains a market, but fertilizer advances in the past 150 years or so have reduced demand considerably. By the 1870s, John Peter Olinger wrote in History Today, sodium nitrate began to displace guano as fertilizer of choice on the international market, a change helped along by the depletion of the best guano deposits on Peru's Chincha Islands and the greatly varying quality of the remaining guano.

Things came to a head in the War of the Pacific from 1879 to 1883, which pitted Peru and its ally Bolivia against Chile; Chile got Peru's guano deposits within the war's first month, and to make matters worse, competition from Chilean nitrate caused the guano market to finally collapse. "Peru at the end of the Guano Age was bankrupt and struggling through a long recovery," Olinger concludes.

But the market hasn't gone away entirely. As recently as 2008, the New York Times' Simon Romero reported that "surging prices for synthetic fertilizers and organic foods are shifting attention to guano." It sold for $500 a ton in France, Israel, and the US, Romero wrote, and $250 a ton in Peru itself. The industry has changed dramatically; Peru's much more careful about preserving its supply of guano now, and as of 2008 workers were earning triple what manual laborers in other parts of the country do. A 2010 report from the AFP noted another reason guano made a comeback: it's a wholly organic fertilizer, an asset at a time when organic goods are at a premium.

Want to know more? Check out: