Why the House of Representatives just voted to sue President Obama

Share All sharing options for: Why the House of Representatives just voted to sue President Obama

On Wednesday evening, the US House of Representatives voted to sue President Obama over the delay of Obamacare's employer mandate. The resolution, which you can read here, passed on a vote of 225 to 201, with every Democrat voting against it. 5 Republicans also voted no, including some of the chamber's most conservative members, Reps. Paul Broun (R-GA) and Steve Stockman (R-TX) — likely because the measure doesn't go far enough. Here's our explainer as to whether there's any precedent for this, whether the suit has a chance, and how it will proceed. 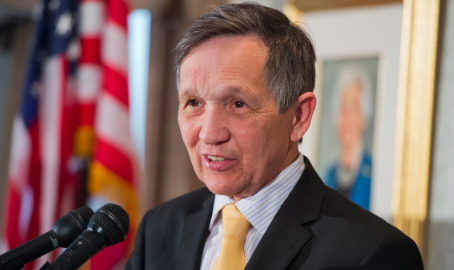 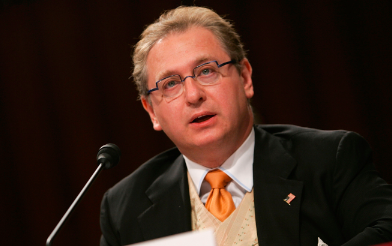 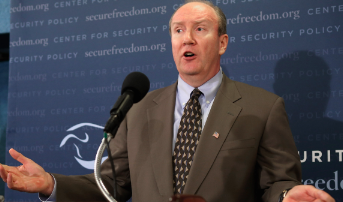 Some conservative commentators are impressed. The Wall Street Journal editorial page supports the effort, writing, "The legal establishment will dismiss Messrs. Johnson and Rivkin as cranks with no hope of success, but it has been wrong before." George Will agreed, calling on Boehner to fight back against Obama's "egregious executive aggressions." And Rivkin played a key role in developing novel arguments that advanced the lawsuit against Obamacare far further than most legal observers expected.
Yet most legal analysts seem much more skeptical. "I see this every day now, being covered as if it's real, as if it's somehow not a joke," Yale law professor Akhil Reed Amar says. "But can they name a single successful lawsuit in American history that is of close precedent to what they are proposing?" If not, he says, "At a certain point, I get to call Birther-ism. I get to call bullshit." And Harvard law professor Jack Goldsmith wrote, "The lawsuit will almost certainly fail, and should fail, for lack of congressional standing."
Erick Erickson of RedState called the lawsuit "nothing more than political theater"
Some staunch conservatives have been downright scornful of Boehner's effort. Former Bush Department of Justice prosecutor Andrew McCarthy, who just wrote a book making the case for impeaching Obama, wrote that Boehner's arguments — and, by extension, Rivkin and Foley's — were "either untrue or abject nonsense." He added that "judges are not there to resolve power disputes between the political branches." He pointed out that Boehner utterly fails to establish that political remedies aren't available to Congress, since they can simply cut off funding or launch impeachment proceedings.
Foley has argued that impeachment isn't plausible because "the president's own party controls one of the chambers of Congress," but that's irrelevant — political parties are never mentioned in the Constitution, and the courts don't exist to solve Congressional gridlock. Meanwhile, Erick Erickson of RedState called the lawsuit "nothing more than political theater," and said that "if the Republican leaders in the House are too chicken to use their constitutional powers to rein in the President, they should just call it a day and go home." 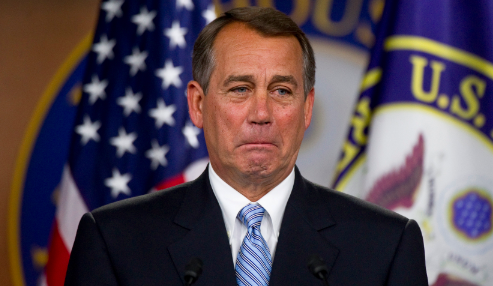 Weeks ago, Boehner announced that the lawsuit would focus on the delay of Obamacare's employer mandate. "In 2013, the president changed the health care law without a vote of Congress, effectively creating his own law by literally waiving the employer mandate and the penalties for failing to comply with it.  That's not the way our system of government was designed to work," Boehner said in a press release. You can read his draft resolution here. 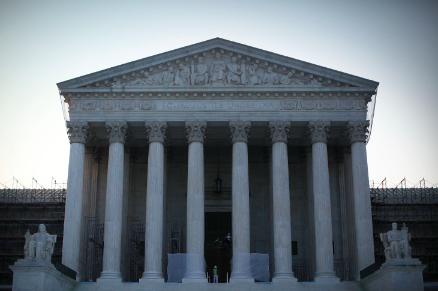 Since the suit would be filed on behalf of the US House of Representatives, Boehner will convene a group of five House leaders called the Bipartisan Legal Advisory Group. The BLAG instructs the House of Representatives General Counsel's office on how to handle the lawsuit. Its members are Boehner himself, new majority leader Kevin McCarthy (R-CA), Majority Whip Steve Scalise (R-LA), Minority Leader Nancy Pelosi (D-CA), and Minority Whip Steny Hoyer (D-MD). That's three Republicans and two Democrats, so though the BLAG theoretically represents the whole House, GOP leadership will have full control over it.

The lawsuit will be filed in federal district court, and could then theoretically be appealed to the DC Circuit, and eventually to the Supreme Court. If the courts find the House does have standing to sue, and then rules in their favor, Obama would likely be ordered to implement the employer mandate. Theoretically, then, it would be up to him to comply — but if he refused to do so, he'd certainly fuel cries for his impeachment.

At first, they didn't seemed to take it particularly seriously. Obama called it "a stunt" and said "I'm not going to apologize for trying to do something while they're doing nothing." He also said, in a Rose Garden speech, "So sue me." The new White House counsel, Neil Eggleston, told a reporter recently, "As I used to tell clients in private practice, anybody can sue anybody over anything." More recently, White House senior adviser Dan Pfeiffer told reporters that the lawsuit "has opened the door to Republicans possibly considering impeachment at some point in the future." 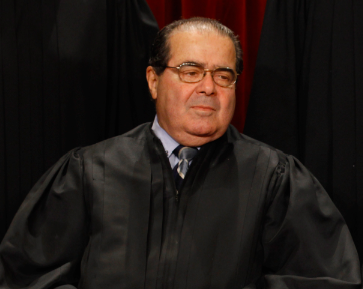