The typical American life, in one chart

Share All sharing options for: The typical American life, in one chart

The average American man lives to about 76, and the average woman until 81. In that lifespan, the average person will spend more than five decades going to school and working — with just two to three decades left over for being a toddler and a retiree.

Here's how all of that looks in one chart put together by Wait But Why with data from Gallup, the Pew Research Center, the Baby Center, and the US Census Bureau, and federal data compiled by Forbes: 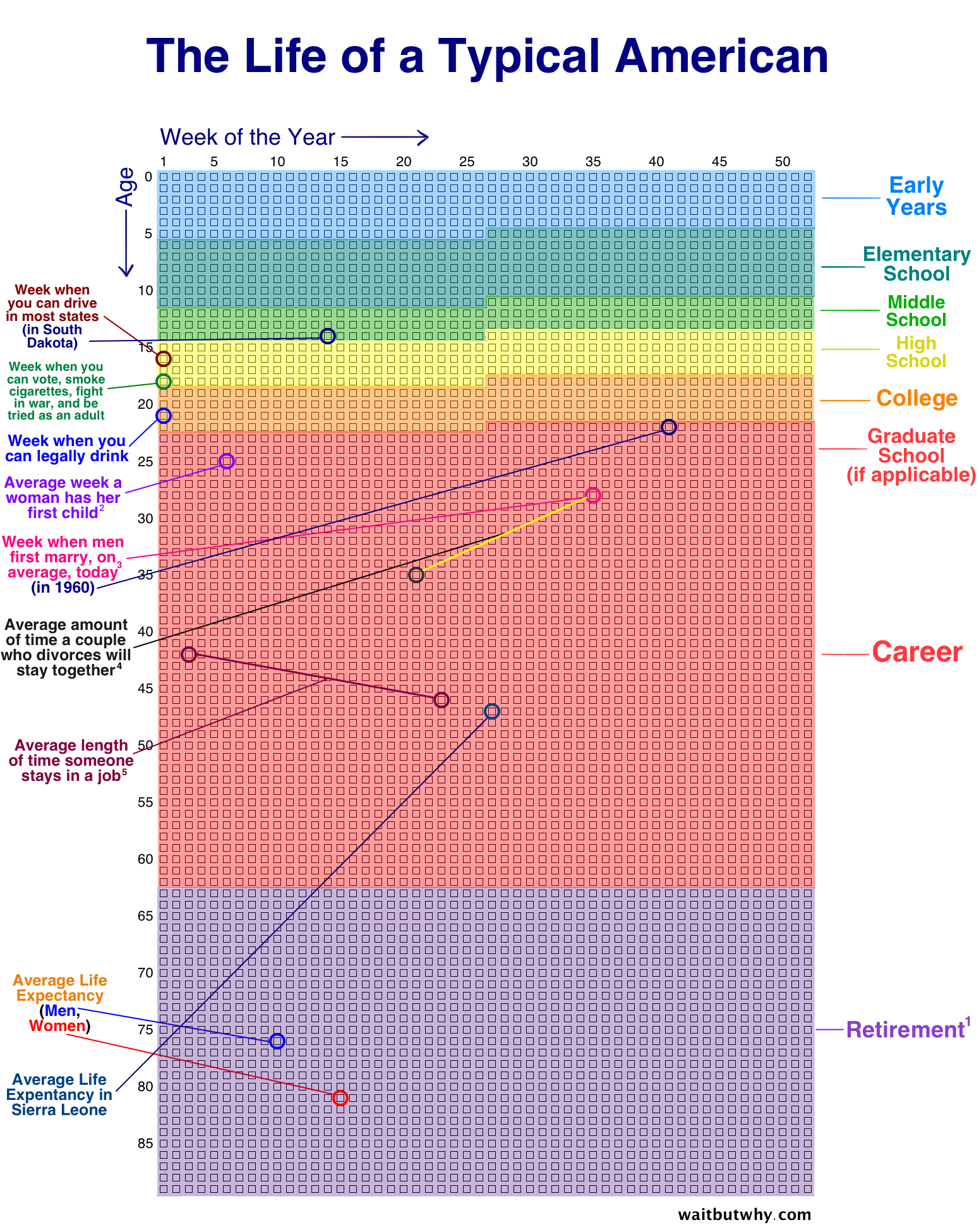 Some interesting facts about the average American life, inspired by the chart:

So there you have it: If you want to differ from the typical American, marry and retire early.