Share All sharing options for: Since Obamacare started, 3.4 million Californians have gained coverage

Most uninsured Californians have gained health coverage since Obamacare's insurance expansion started — but they're not all doing it through the law's new programs.

A new survey from the Kaiser Family Foundation shows that 3.4 million uninsured Californians signed up for coverage since last fall. That works out to 58 percent of the state's uninsured population, which is the largest in the country. They largely did so through the expansion of Medi-Cal, the state's Medicaid program. 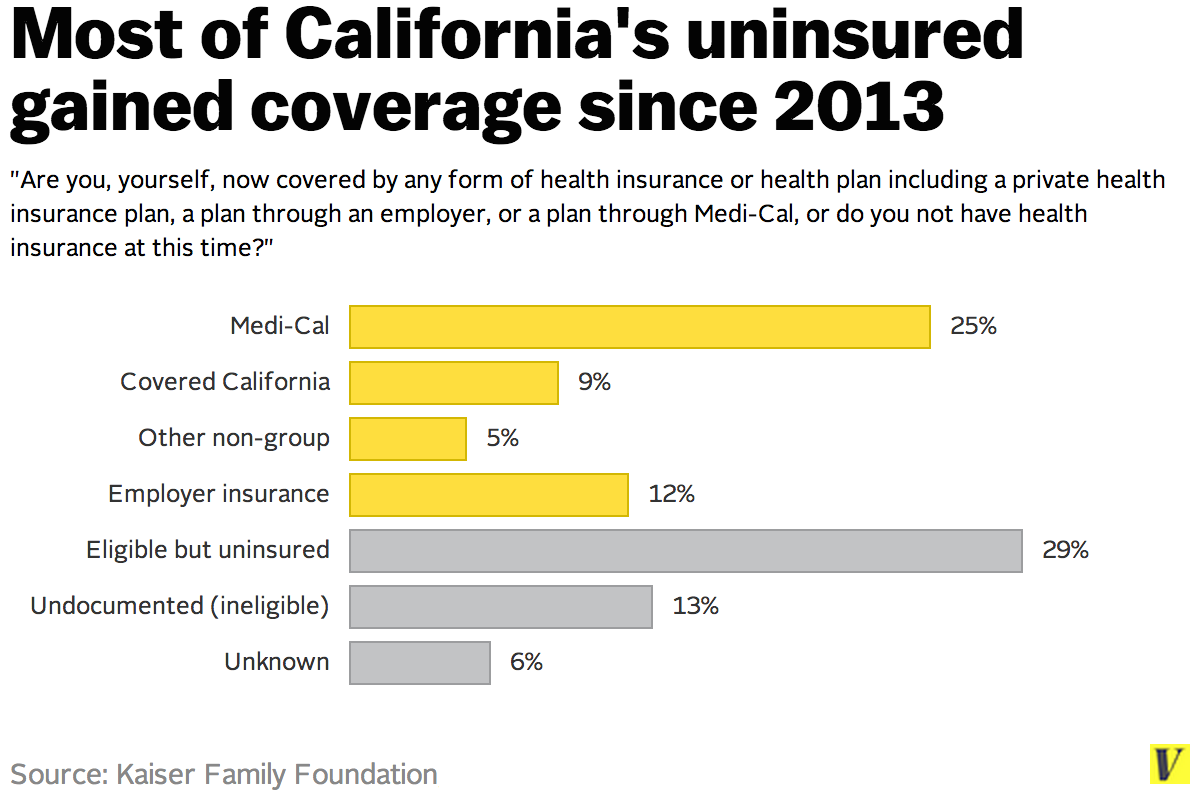 This Kaiser survey underscores the huge stakes of states deciding whether or not to participate in the Medicaid expansion. Forty-four percent of California's newly-insured are signed up for Medi-Cal. That means the Medicaid expansion is covering nearly three times as many people as the state health exchange, Covered California.

One other interesting tidbit from the Kaiser survey: it suggests that an expansion in employer-sponsored insurance is covering more people than the health exchange, too. Twelve percent of the uninsured reported gaining insurance at work, compared to the 9 percent buying on the exchange.

This could show uninsured Californians who previously eschewed their employer's offer of coverage deciding to sign up to comply with Obamacare's individual mandate. It likely also shows the normal churn in health coverage, with uninsured people gaining new jobs with health benefits.