Share All sharing options for: 7 charts that show what happened to 31 million American college dropouts

About 20 percent of Americans adults over age 25 have some college education but no degree.

That includes 31 million Americans who started college between 1992 and 2007, but never earned a degree. And a new report from the National Student Clearinghouse has some new information on what happened to them along the way. That adds to what we already know from the Census Bureau about where college dropouts live, what they earn, and how numerous they are.

They outnumber people with associate's degrees 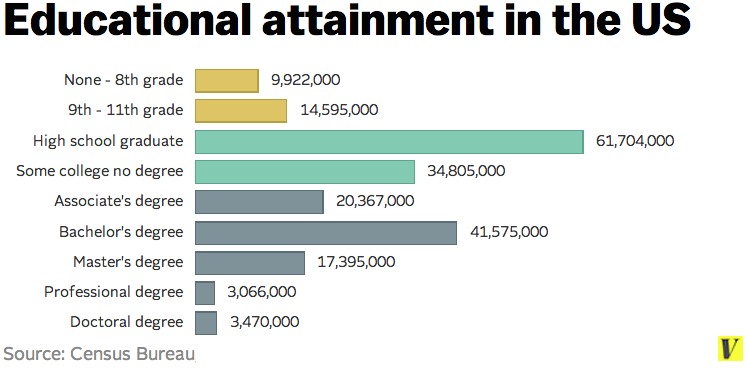 College graduates, and high school graduates who never attended college, both outnumber people with some college but no degree. Still, more people have tried college and not graduated than have earned a two-year degree. 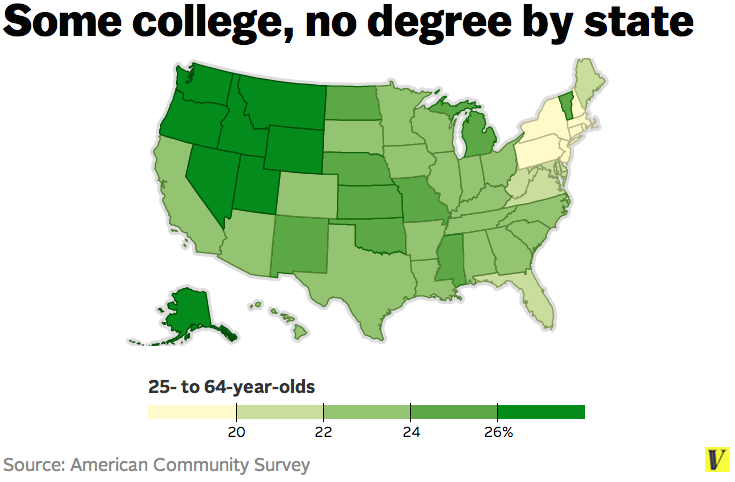 The proportion of college graduates varies quite a bit by state — bachelor's degrees are twice as common in Massachusetts as in West Virginia. So it's interesting that the proportion of people with some college but no degree is fairly uniform across the states. There's some regional variation, but most states hover right around the national average.

Almost one-third didn't make it past their first semester 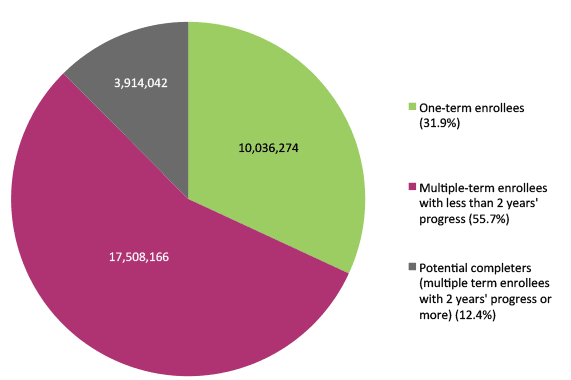 The new report from the National Student Clearinghouse's research center looks at when students were last enrolled in college. It finds that a large number didn't make it far at all — 32 percent were enrolled for only one term. Just 12.4 percent were what researchers called "potential completers," who had made at least two years' worth of progress toward a degree.

"Potential completers" are important because they might be able to be enticed back to take a few extra courses. Or they might even have earned an associate degree without knowing it.

They might have earned some kind of credential anyway

Not having a degree doesn't mean people with some college received no benefits from the experience. The Census Bureau put out a report in January on "alternative credentials," such as certificates or professional licenses. Those certificates can boost earnings, though not as much as a college degree.

They earn a tiny bit more than high school graduates

Going to college and dropping out with debt is perhaps the worst possible outcome for higher education. And college debt for students with no college degree is on the rise, as this chart from the Federal Reserve Bank of Cleveland shows: 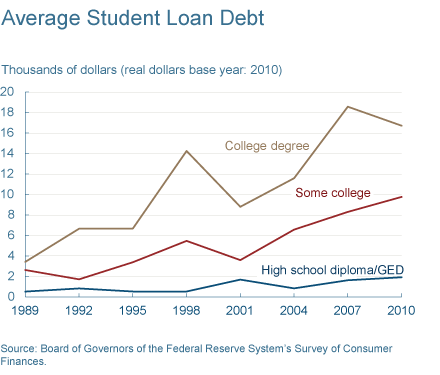 Later in life, people with some college and no degree have a small edge over high school graduates in median wages, perhaps because some of them eventually earn another type of credential: 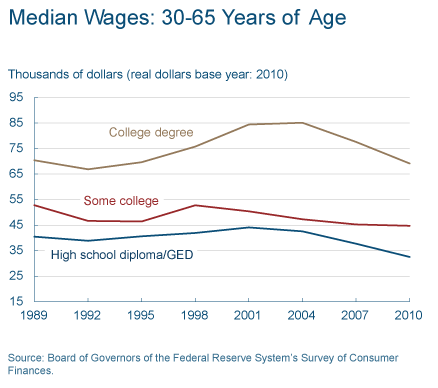 But among younger households (those headed by someone age 22 to 29), that advantage has disappeared: 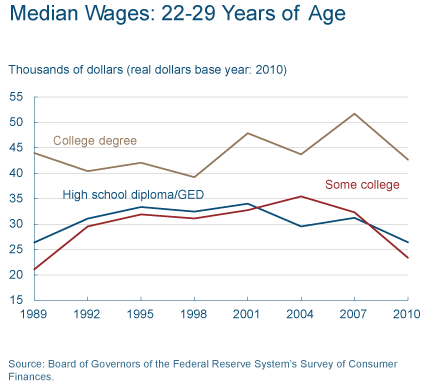