Same-sex marriage is winning in the lower courts. Here's why that matters.

Share All sharing options for: Same-sex marriage is winning in the lower courts. Here's why that matters.

State and federal courts are striking down states' same-sex marriage bans at a rapid pace, but it's the US Supreme Court that will likely offer the final word on the issue.

If the Supreme Court decides to take on one or more of the cases that are making their way through the court system, its decision will have a huge effect on millions of same-sex couples. Despite unanimous victories for LGBT advocates so far in 14 states and challenges awaiting decision in 17 states, most of the lower courts' marriage rulings haven't allowed same-sex couples to marry. Instead, the courts have mostly put the rulings on hold as the cases work through the appeals process. 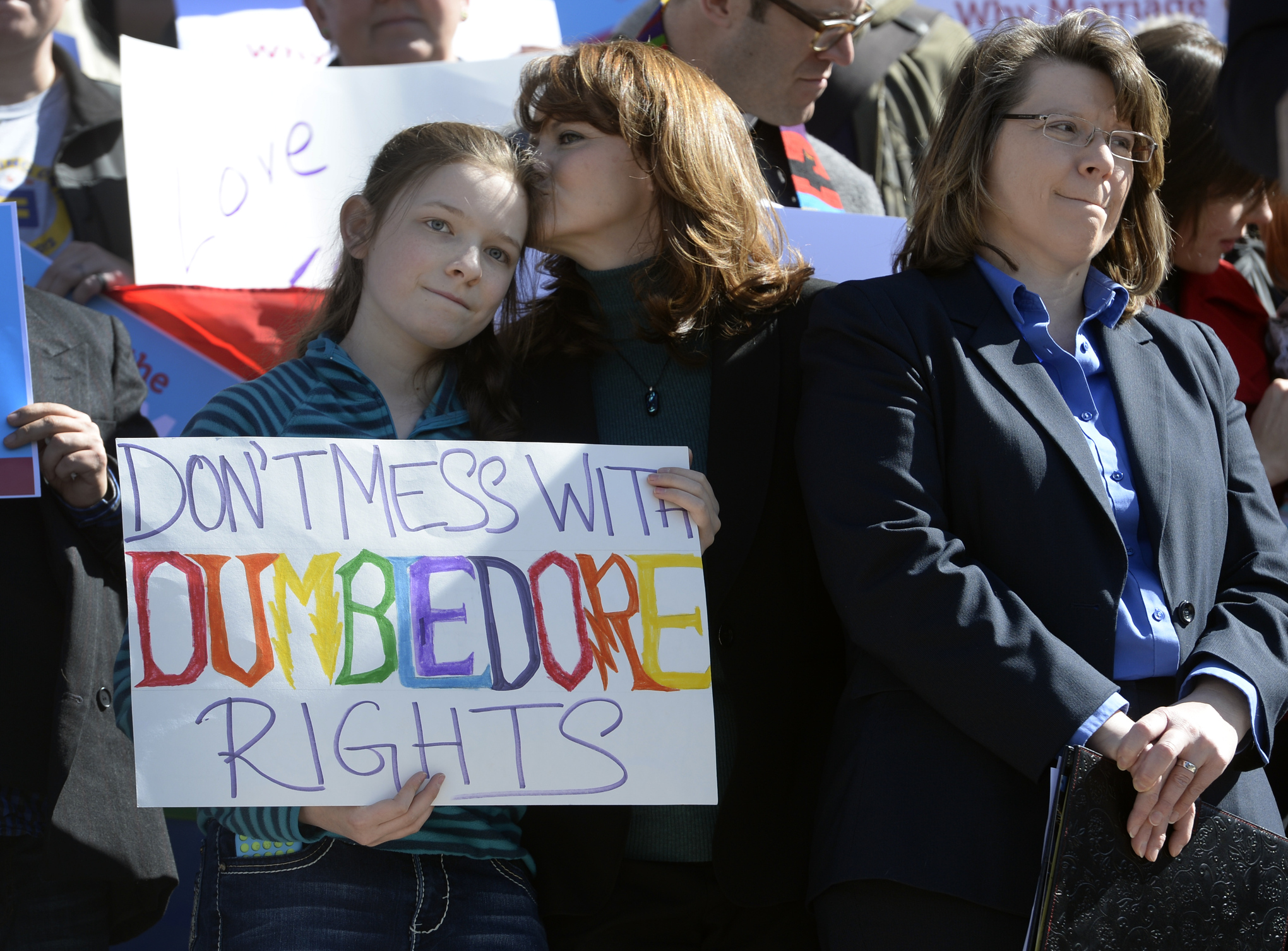 The Supreme Court's decision could affect marriage laws in all 50 states. LGBT advocates argue that if the court is going to rule in their favor, it will feel more justified if it knows the lower courts are actually in support.

"The tidal wave of consensus here absolutely drives momentum around the issue," says Joshua Block, an attorney at the ACLU LGBT Project. "It shows to the Supreme Court where the consensus of the lower courts has been."

Although Americans like to think of the justice system as apolitical, Paul Smith, one of the leading LGBT attorneys in the country, says the Supreme Court regularly makes political calculations in its rulings. If the court is too progressive on an issue, it can lead to serious political backlash and give rise to claims of activist judges. If the court makes a decision that a lot of the country is already on board with, then those complaints are more likely to fall flat. (The latest Gallup poll shows 55 percent of Americans support same-sex marriage rights.)

This especially applies to the same-sex marriage cases, because they're so far-reaching. Every state with a same-sex marriage ban now has its law contested in court. That means this debate is occurring practically everywhere in the US, and LGBT advocates are celebrating victories at every corner of the country.

"That process brings all parts of the country into this dialogue, so it doesn't seem like it's a decision just in a courtroom in DC," Block says. "If the Supreme Court in June holds that these marriage bans are unconstitutional, I think the reaction of people is going to be very different than it would have been without this process going on for the past year." 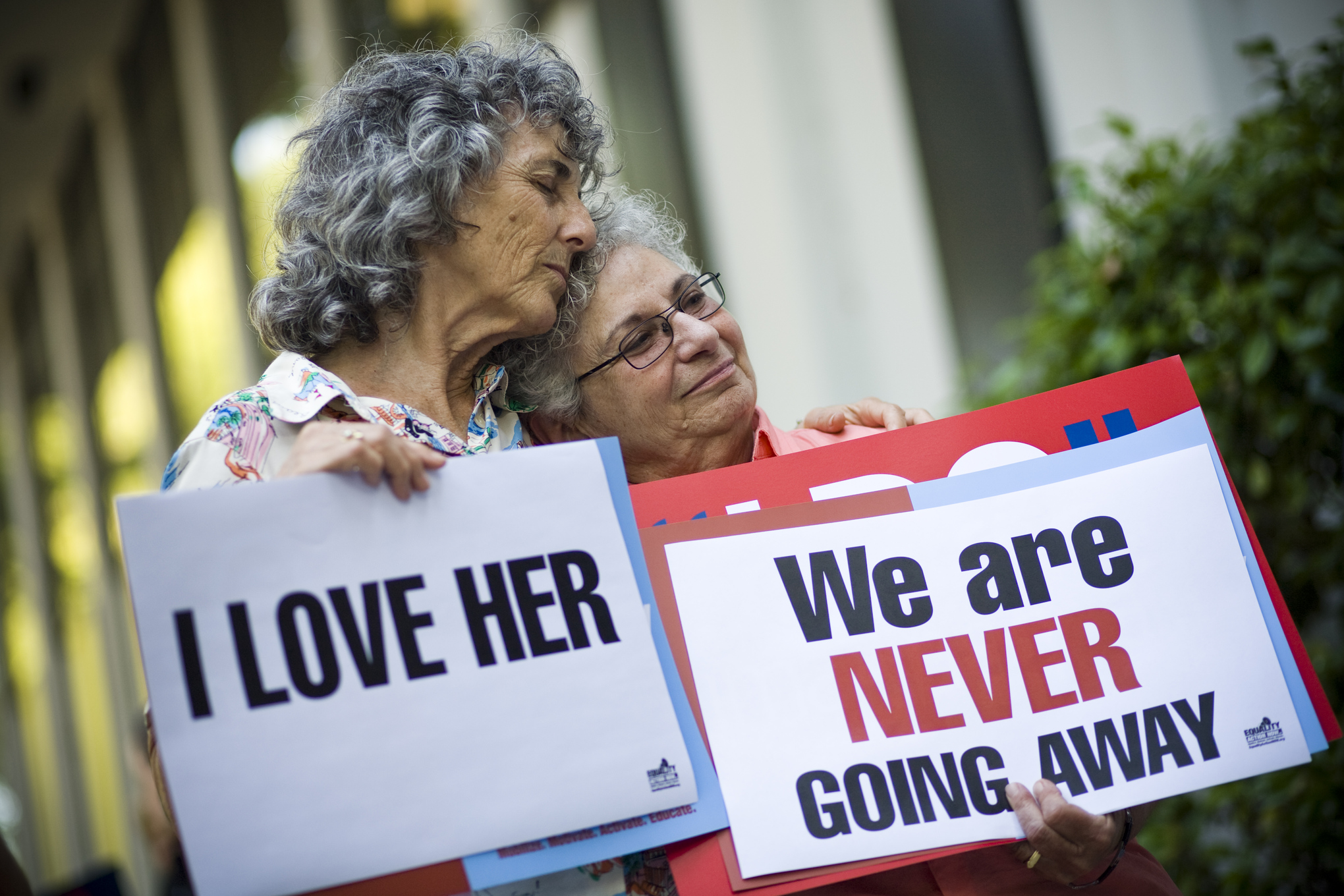 The legal battles in the lower courts also allow LGBT advocates to see what arguments could stick when the issue rises to the Supreme Court. "Through the process, all of the pros and cons of a question can be brought to the surface," Block explains.

The cases have shown LGBT advocates, for example, that the Constitution's Due Process and Equal Protection Clauses can succeed in court battles over states' same-sex marriage bans. Even deciding which of those clauses is more effective in court can be an important legal distinction: the Due Process Clause establishes marriage as a fundamental right for all couples, while the Equal Protection Clause says all laws must apply equally to all groups of people.

There's a bunch of smaller legal technicalities involved in these decisions

The two federal appeals courts who have ruled on the issue so far (in Utah, Oklahoma, and Virginia) have largely touted the Due Process Clause. Many lower courts, however, have focused mostly on the Equal Protection Clause.

There's a bunch of smaller legal technicalities involved in these decisions, too. Refining those issues over time through dozens of court cases gives LGBT advocates, who are largely mining a relatively new legal concept, a better chance when the nine Supreme Court justices hear their case.

The process also lets opponents of same-sex marriage flesh out their arguments — and, despite their losses so far, they appear pretty confident. In response to the Fourth Circuit Court's ruling, the National Organization for Marriage praised the dissenting opinion, which rejected the majority's decision to strike down Virginia's same-sex marriage ban, and called on the state to appeal the case to the Supreme Court.

LGBT advocates also seem pretty confident about their prospects. It's easy to see why: even as the courts back slightly different rationale in their rulings, they've all come to the same decision.

"The fundamental point they're reaching is all the same," Smith says. "The government shouldn't be able to say you can't marry this person if you want to."

To learn more about the court decisions so far, read Vox's full explainer on same-sex marriage below: