Here are the states where you can buy fireworks

Share All sharing options for: Here are the states where you can buy fireworks

July 4th, as the Simpsons once put it, is when Americans celebrate the independence of their nation by blowing up a small part of it.

If you're looking to partake in this time-honored tradition, this map might be helpful. It shows the 42 states where consumer fireworks are generally permitted, the four states (Iowa, Illinois, Ohio, and Vermont) where only sparklers and other low-level combustibles are legal, and the four states (New York, New Jersey, Delaware, and Massachusetts) that ban all sorts of commercial fireworks. 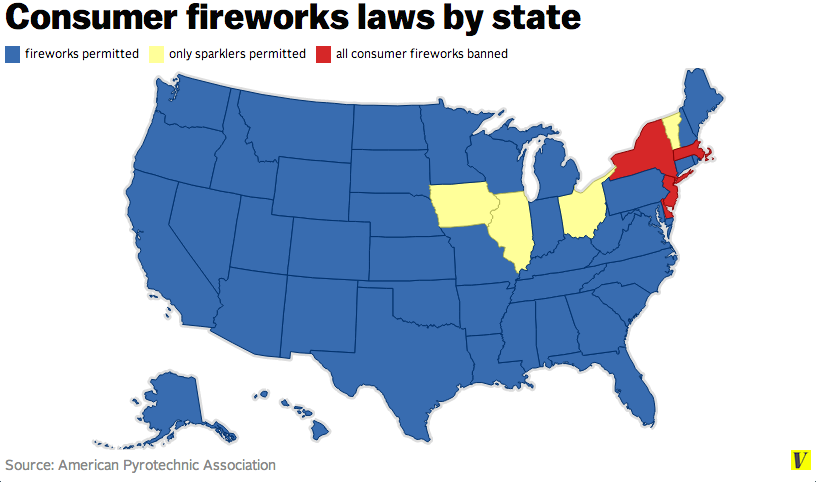 Now, both state and local laws vary widely. Maine, for example, heavily restricts consumer fireworks by size, but does allow more than just sparklers. Many municipalities in states that allow fireworks might ban them entirely: in the city of St. Louis, for instance, they're illegal, though Missouri as a state allows them.

The American Pyrotechnics Association has a nice guide to the nuances of each state's fireworks laws. Before lighting, you're best off searching for your own municipality's rules too.