Share All sharing options for: 5 reasons why cars in the US are more fuel-efficient than ever

New cars and light trucks sold in the United States now get around 25.5 miles per gallon on average — far above levels from five years ago: 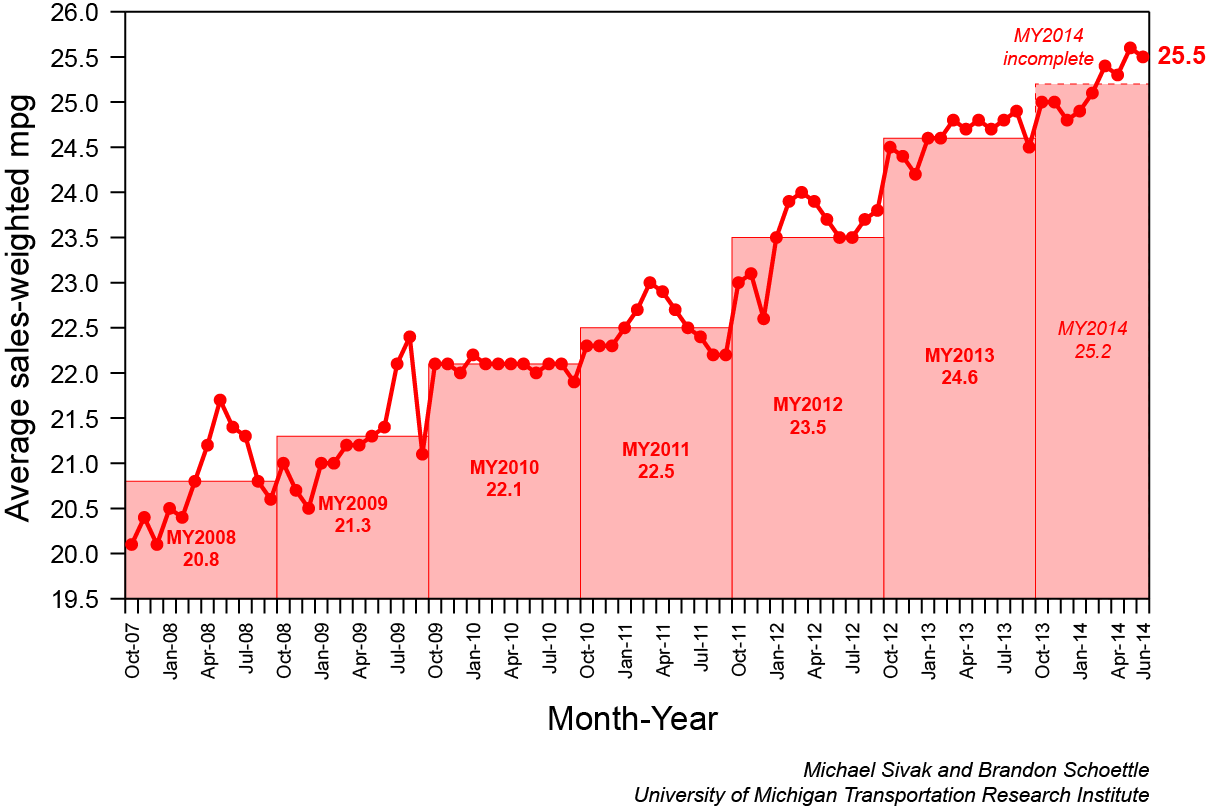 The chart comes from Michael Sivak and Brandon Schoettle of the University of Michigan. In June 2014, the average mileage of all new cars, light trucks, and SUVs sold in the United States was 25.5 miles per gallon. That's slightly below the record in May, but it's 5.4 mpg above October 2007.

So why is this happening? Back in December, the Environmental Protection Agency put out a detailed report showing how and why fuel-economy in the United States has improved so much. Here are five key points — as well as a chart showing that US fuel-economy is still far below that in Europe or Canada or Japan: 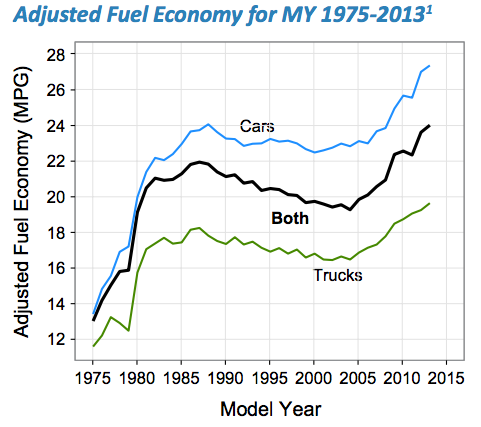 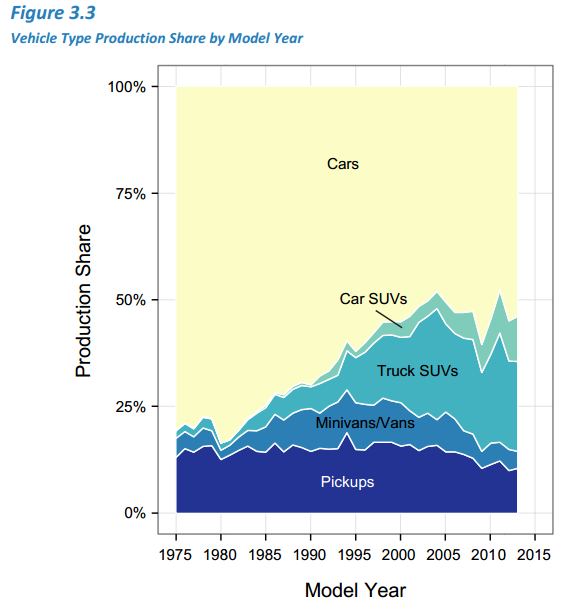 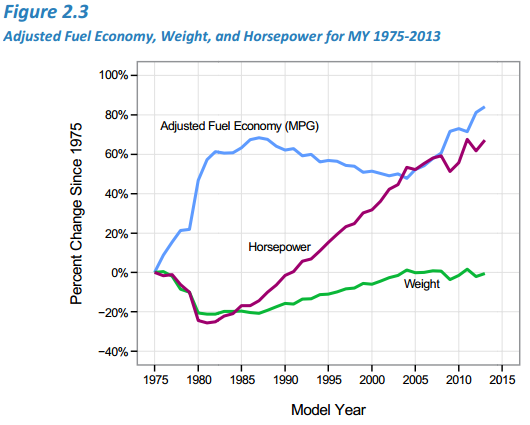 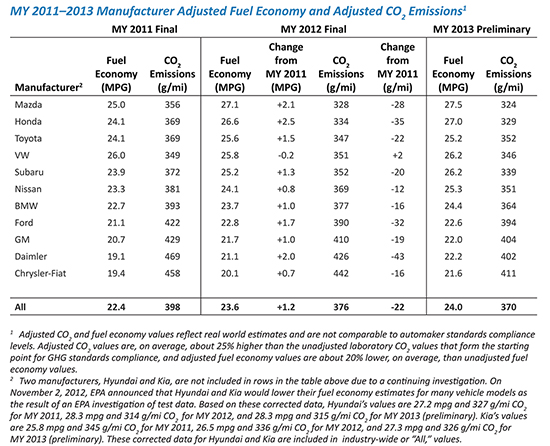 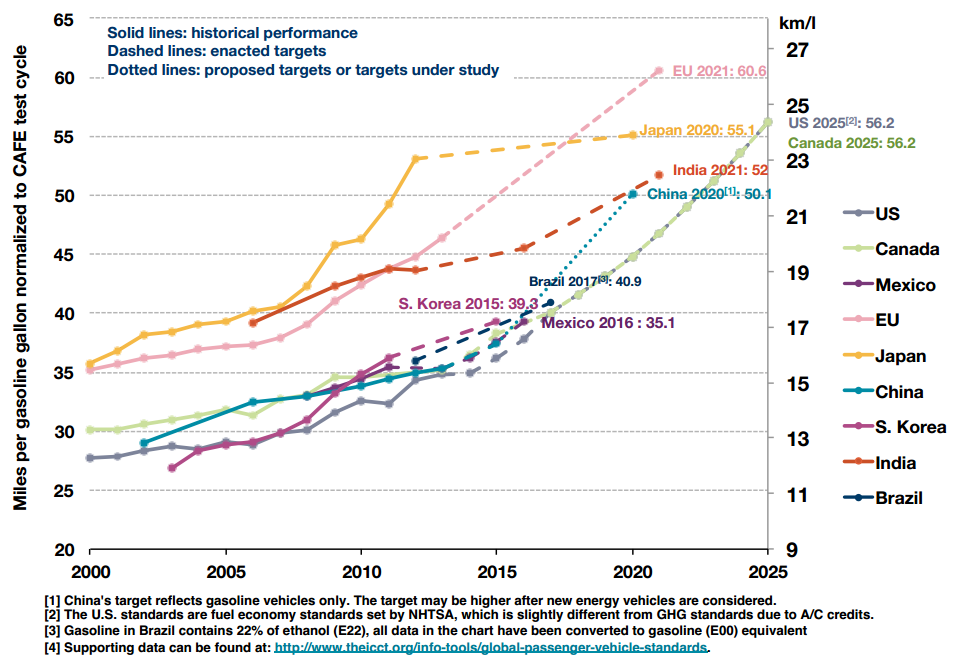 That all said, US fuel economy (the light purple line at the bottom) is still well below levels in Canada, Mexico, Europe, or Japan. The chart above from the Center for Climate and Energy Solutions offers a comparison.

Now, US cars are expected to continue get better mileage in the years ahead. The Obama administration has set rules that will require all new cars and light trucks sold to average 54.5 miles per gallon by 2025. (Under EPA measurements, that will likely translate to around 35.4 miles per gallon on the road.)