Share All sharing options for: Today's other jobs number is also good news

Today is the total solar eclipse of jobs days — a rare day when both initial jobless claims and the monthly unemployment report come out simultaneously. At the same time the government reported the economy added a strong 288,000 jobs in June, it also reported that the number of Americans who filed initial claims for unemployment insurance was at 315,000 for the week ending June 28.

That figure held relatively steady from the week before, when initial claims totaled 313,000. And though weekly initial claims data can be volatile, the smoother 4-week moving average also only shifted up by 500, to 315,000. That smoother moving average makes it easier to see trends than the raw numbers, and it shows improvement even in the first half of 2014. Since then, it has declined from nearly 350,000.

This level of claims is right around where claims were before the financial crisis hit. It is also a vast improvement over the middle of the recession, when claims were more than double where they are now. 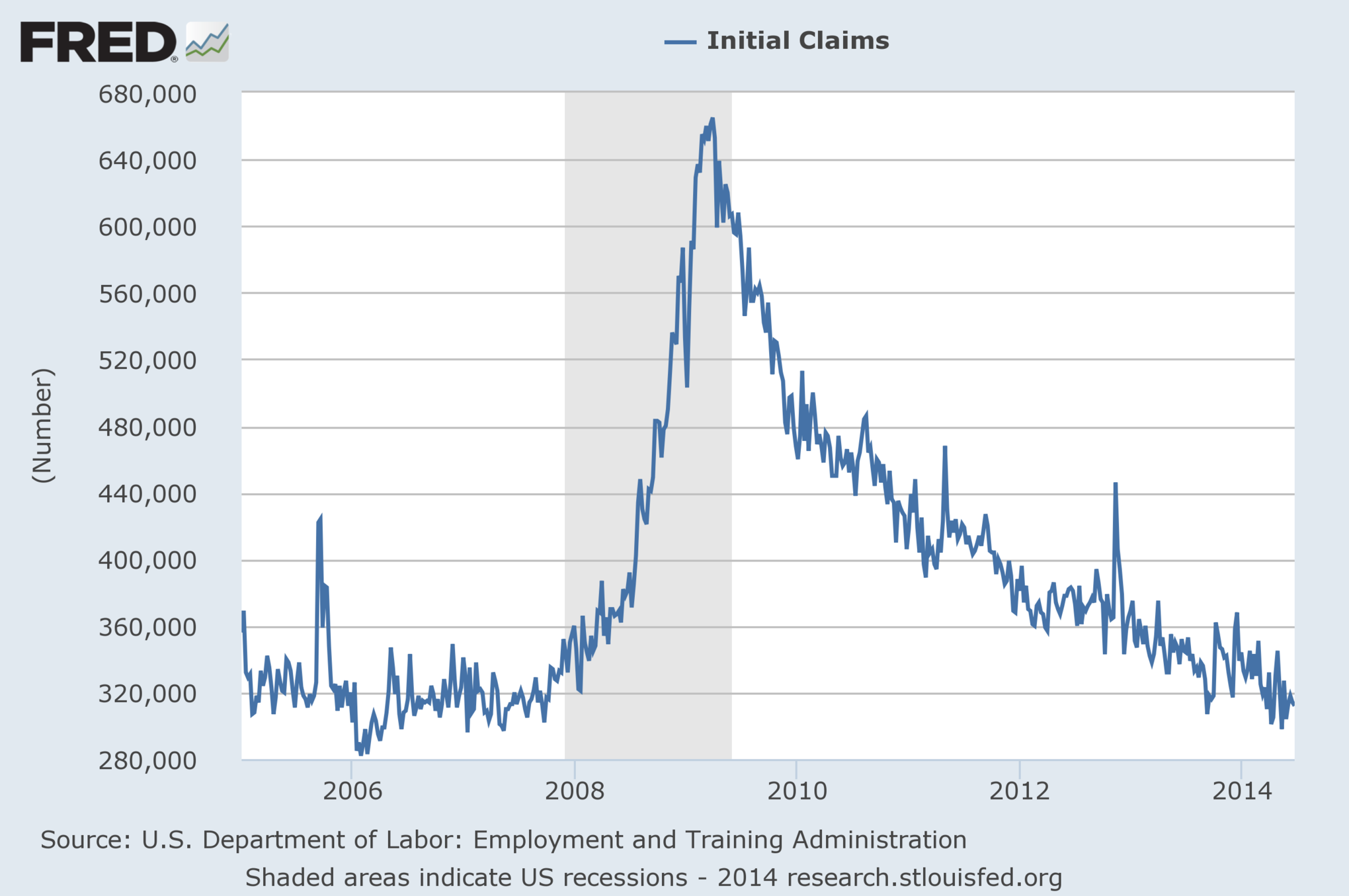