5 reasons people are suddenly talking about Obama being impeached

Share All sharing options for: 5 reasons people are suddenly talking about Obama being impeached

On Tuesday, House Speaker John Boehner lashed out in response to growing media chatter about Republicans potentially impeaching President Obama. "We have no plans to impeach the president. We have no future plans," he said, according to The Hill. The recent media emphasis of the issue, Boehner said, is "all a scam started by Democrats at the White House."

Boehner's absolutely right that Democrats have been gleefully touting the specter of impeachment in fundraising appeals — the DCCC raised over $2 million from such emails in recent days. The issue is advantageous for Democrats — it portrays the GOP as extreme, it changes the subject from Obama's unpopularity, and it helps give liberal voters a reason to turn out this fall.

Yet it's ludicrous to pretend impeachment talk is a White House-invented "scam," as this tweet shows: 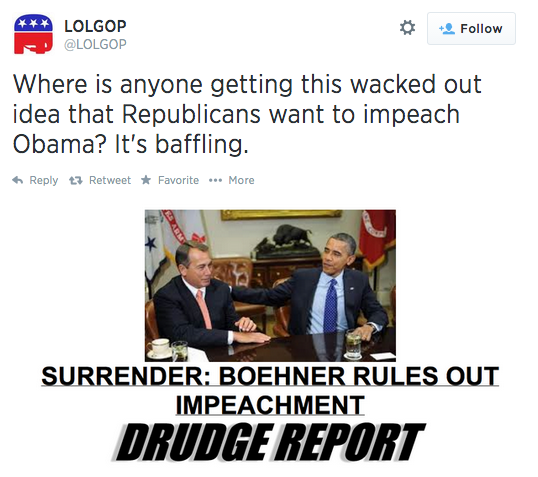 In reality, the impeachment talk has been stoked over a months-long period by conservative voters, media figures, and several House Republicans. Among them, there's no consensus on what, particularly, Obama should be impeached for, as you can tell from this timeline by Philip Bump, which lists many different possibilities that have been floated. But it's clear that the Democrats now talking impeachment have come late to the party. 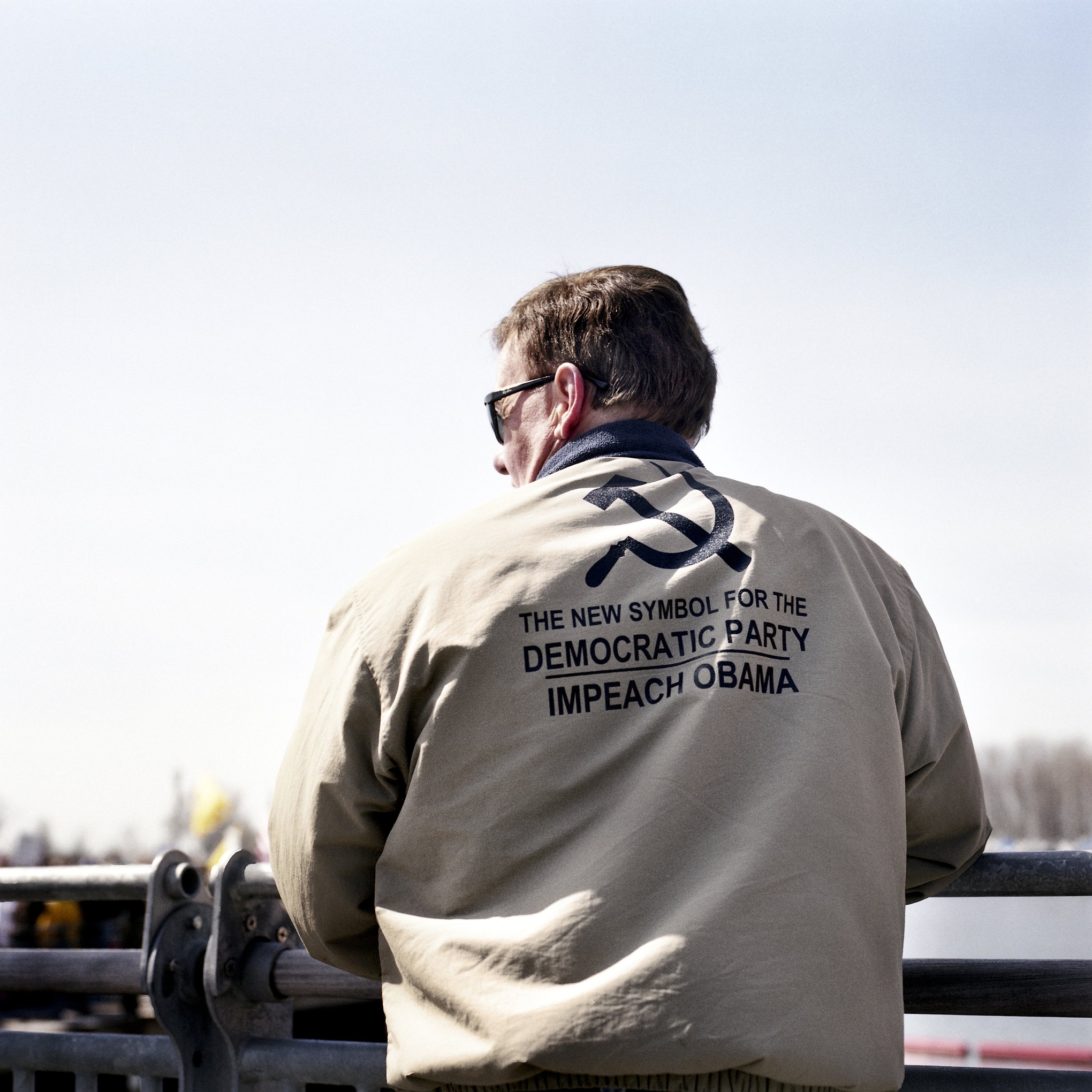 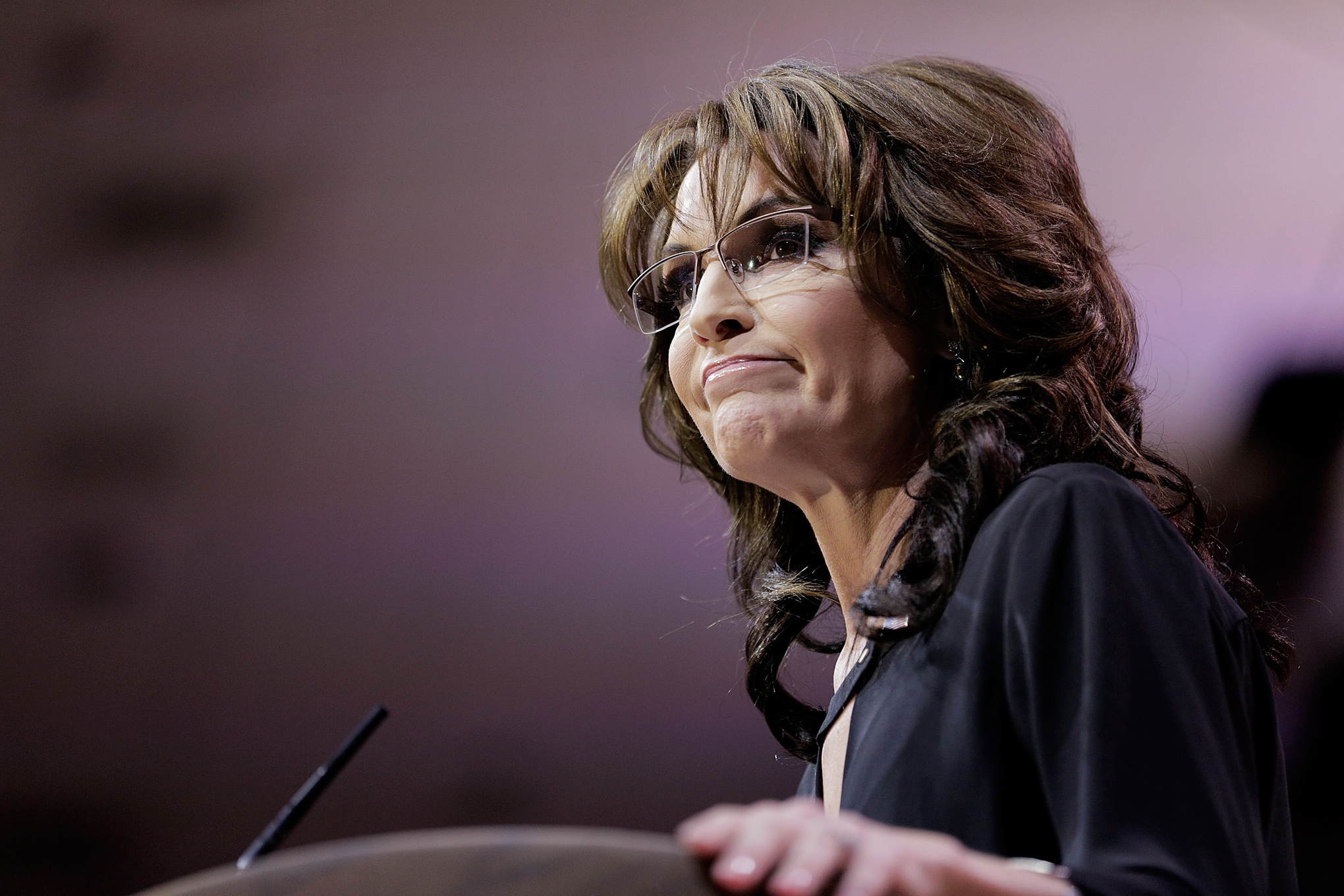 Several popular conservative media figures either truly believe that Obama should be impeached, or are willing to tell their audience they believe that in order to sell books or get attention. These include:

3) Most GOP voters are already on board 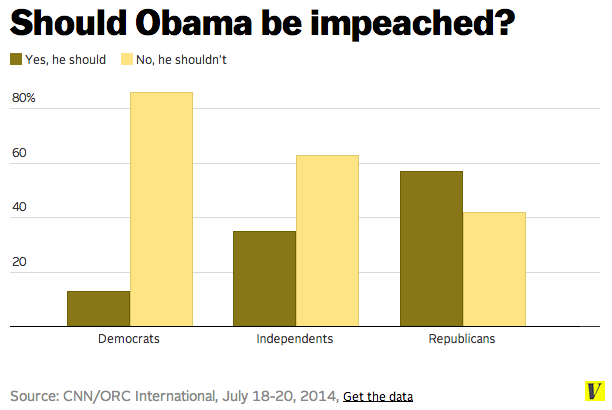 A poll from CNN/ORC shows that 57 percent of Republican voters supporting impeachment. Another, from YouGov, found 68 percent of GOP voters in support. Now, the importance of this shouldn't be exaggerated. These results are similar to how many Democrats supported impeaching President Bush in 2006 — and obviously, that didn't happen. But when House Democratic leader Nancy Pelosi took impeachment "off the table" in 2006, people could believe her. In contrast:

4) Boehner has repeatedly proven unable to control his caucus 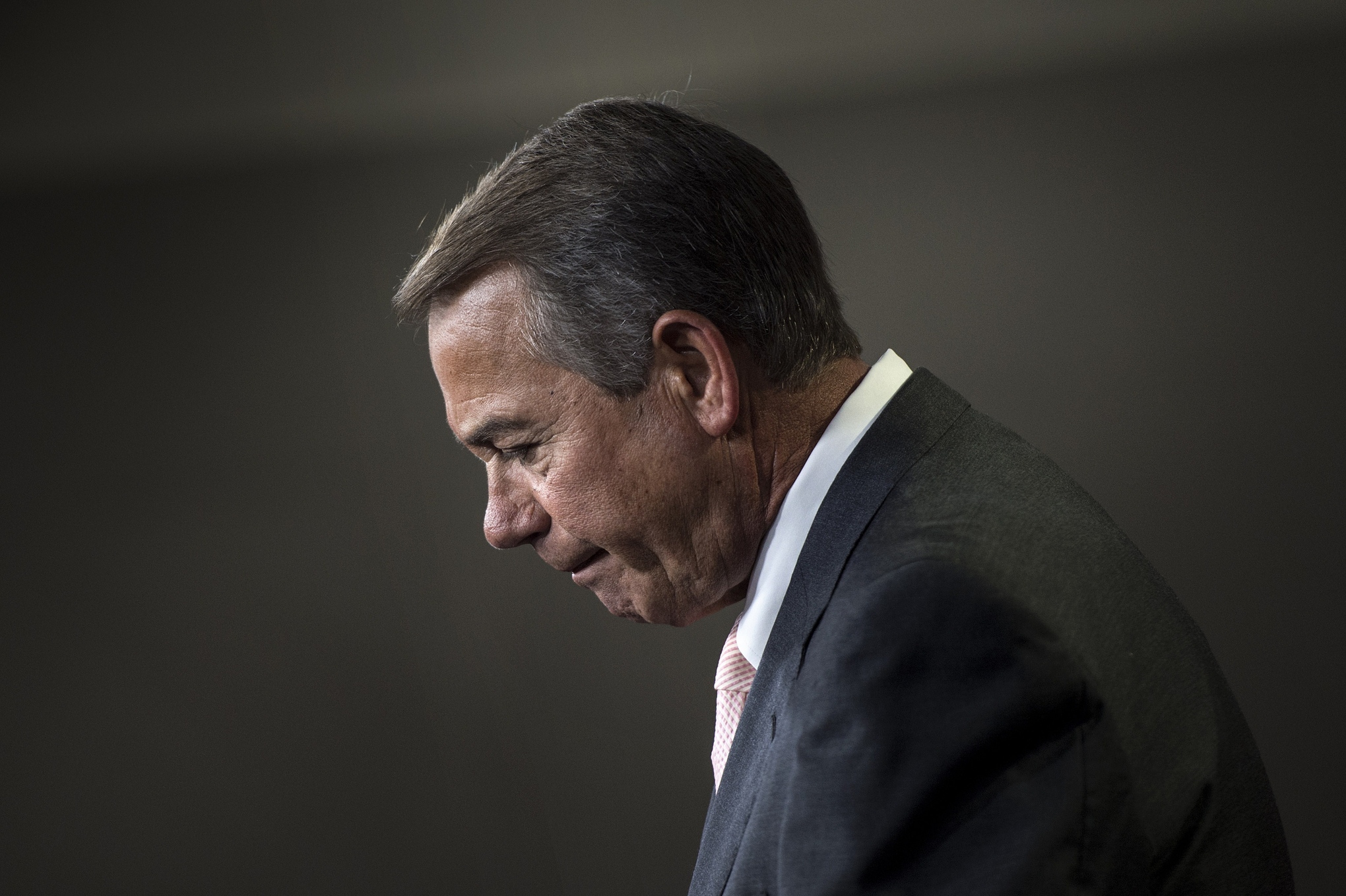 Shortly after the 2010 midterms, Speaker-elect Boehner told the New Yorker that he'd "educate members" about why it's necessary to raise the debt ceiling, and said "this is going to be probably the first really big adult moment" for the new GOP majority. Months later, the House GOP forced a high-stakes showdown over the issue, and took the US within days of a default. By early 2013, it seemed Boehner had finally gotten control of his party — but later that year, despite his warnings, they shut down the federal government to try to force the defunding of Obamacare. Is impeachment really self-evidently more extreme than risking a debt default or shutting down the government? 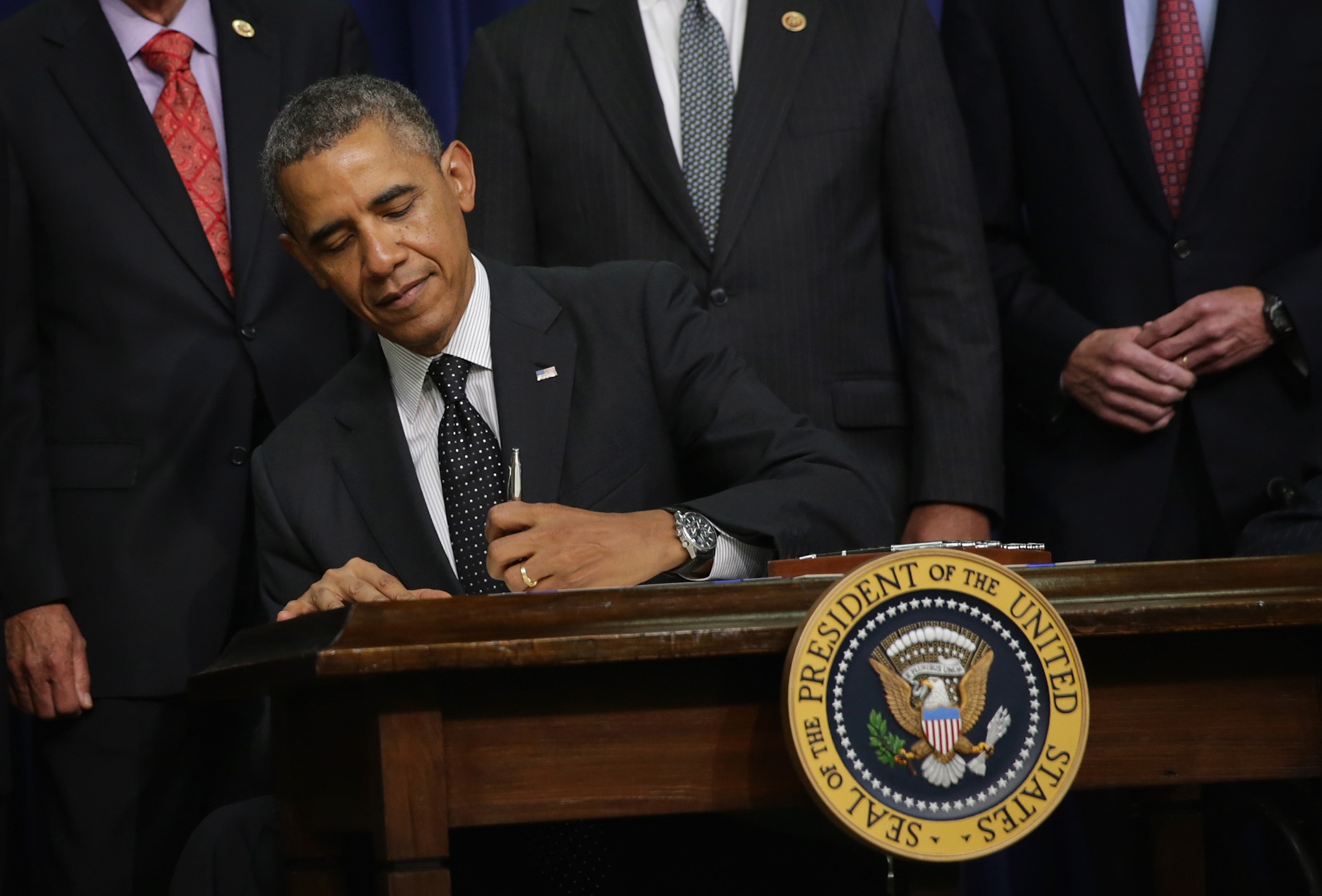 The president is currently planning executive action to temporarily legalize the status of many unauthorized immigrants. It isn't yet clear how far he'll go, but the Associated Press reports that his orders could apply to "potentially millions" of people. If Obama does this, the GOP backlash could be quite severe. Rep. Steve King (R-IA), who's particularly outspoken on this issue, told Breitbart News the other day that if Obama does this, "We need to bring impeachment hearings immediately," and predicted that a majority of House Republicans would be "activated" to consider impeachment. For the White House's part, senior adviser Dan Pfeiffer said on Friday that the immigration action would "certainly up the likelihood that they'll contemplate impeachment." Boehner might think his current lawsuit over Obamacare's employer mandate will satisfy the right, but — as with the debt ceiling and government shutdown — an uproar over executive action could prove too difficult for him to control.