The US government keeps giving away cheap coal. Critics have had enough.

Share All sharing options for: The US government keeps giving away cheap coal. Critics have had enough.

The United States has an enormous amount of coal buried underneath public lands in the West, particularly in Wyoming and Montana. And, for decades, the federal government has offered mining companies access to those lands on generous terms.

Taxpayers, they argue, lose money when the government auctions off that coal too cheaply

But in recent years, environmentalists and other experts have argued that these coal leasing policies are way too generous — and it's time to reconsider.

Taxpayers, they say, are losing money when the Bureau of Land Management auctions off mining rights without competitive bidding. What's more, all that coal causes environmental damage and global warming that companies aren't paying for. A short new report from the Center for American Progress, a liberal think tank, pegs those unpaid "social costs" at more than $19 billion per year.

The coal-lease program is coming under particular scrutiny as the Obama administration tries to reduce US greenhouse gas emissions. As coal plants shut down at home, more and more of that coal is being exported abroad — to countries like Germany or China. And groups like Greenpeace argue that these coal leases and exports are undermining the administration's entire climate policy. So here's a rundown:

Roughly 40% of US coal comes from public lands 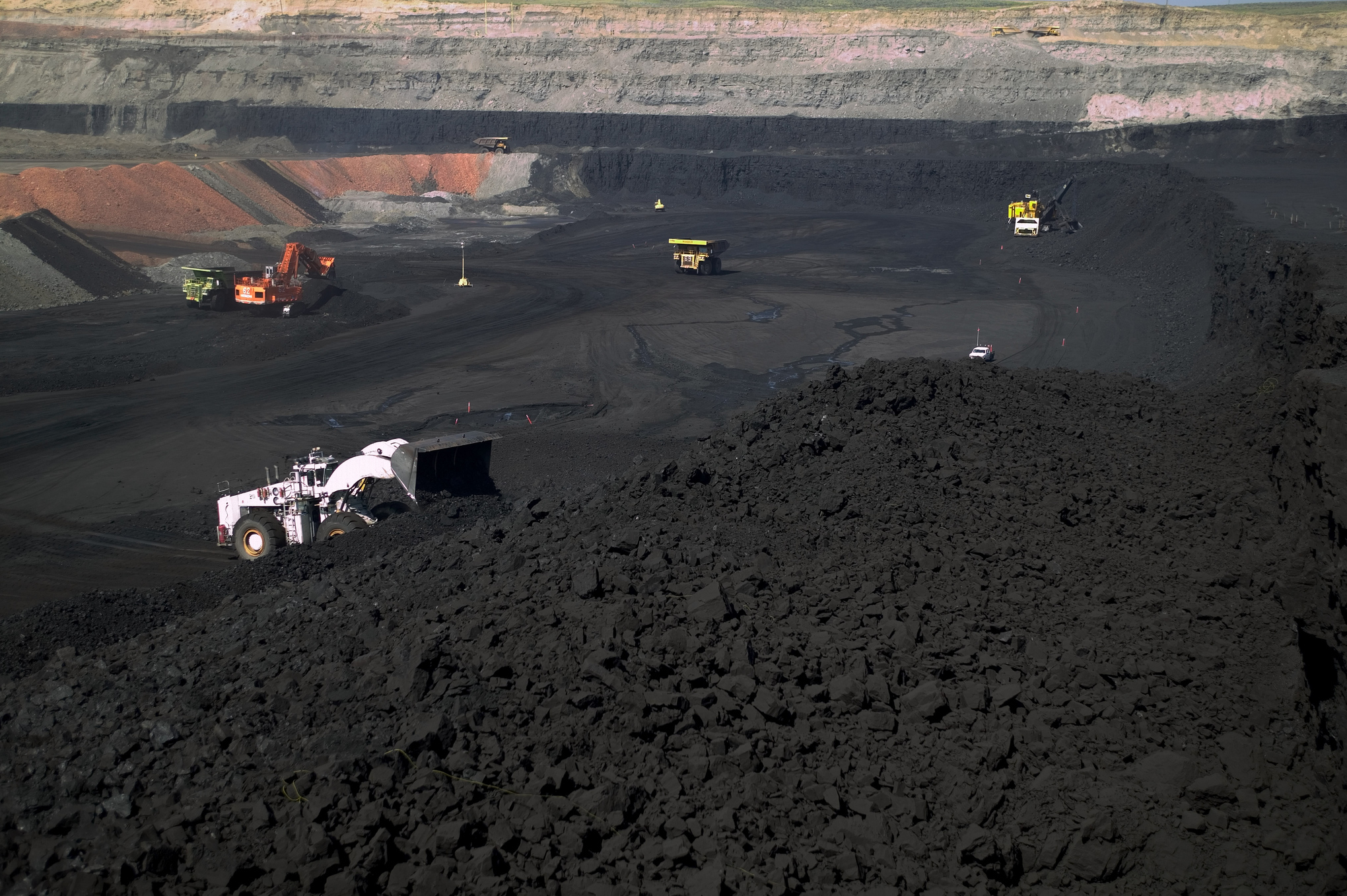 Let's start with some basics: Roughly 40 percent of all coal produced in the United States comes from public lands. These lands are technically owned by US taxpayers and managed by the Department of Interior's Bureau of Land Management. 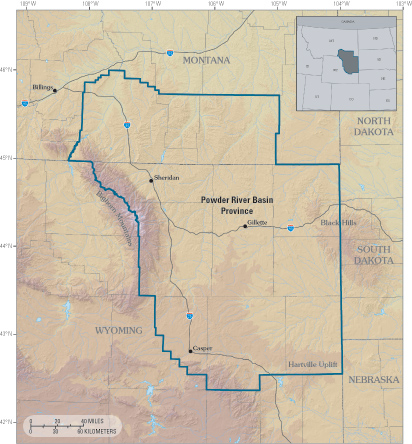 The biggest prize here is the Powder River Basin that spans Montana and Wyoming (see right). That area contains roughly 162 billion short tons of recoverable coal, most of it publicly owned. And the federal government leases this land to different mining companies. Back in June 2012, Peabody Energy paid $793 million for the right to mine 721 million tons of coal from Wyoming's North Porcupine tract.

It all adds up to a lot of coal. Greenpeace estimates that the Obama administration has so far leased some 2.2 billion tons of publicly-owned coal — coal that, when burned, will release more carbon-dioxide into the atmosphere than the entire European Union emitted last year.

Critics say the government sells the coal too cheaply

Now here comes the controversial part. The Bureau of Land Management is supposed to obtain "fair market value" when it auctions off its coal. But those auctions have attracted criticism — they often have just a single bidder and the leases are acquired for seeming bargains.

"Since 1990, 96 of the 107 coal lease sales held by the BLM in the Powder River Basin have had only one bidder, despite a clear mandate under the Mineral Leasing Act of 1920 that federal coal leases be offered 'competitively.' " write Nidhi Thakar and Michael Madowitz of the Center for American Progress in their new report.

As a result, they note, coal from the Powder River Basin sells for remarkably low prices — some $0.74 per million British thermal units, compared with $2.52 per million BTU for coal produced out in Appalachia.

They're not the first ones to raise these concerns. Back in 2012, a study by Tom Sanzillo of the Institute for Energy Economics and Financial Analysis argued that the federal government had foregone as much as $28.9 billion in revenue over the past 30 years by getting below-market value for its coal in these non-competitive auctions.

Defenders of the program say there's a good reason why auctions are frequently non-competitive. There are only four mining companies that operate in the Powder River Basin: Peabody, Alpha Natural Resources, Arch Coal and Cloud Peak Energy. Many of them confine themselves to discrete areas, and mining equipment isn't easy to move around, so often there's only one company competing for a given lease in an area.

Yet critics also point out that the BLM has lax oversight of its own leases and policies. A 2013 investigation by the Government Accountability Office found that the agency didn't have a good process for determining whether it was getting "fair market value." And as of February, the GAO found that the BLM had yet to implement any of the proposed reforms.

The climate cost of coal leases 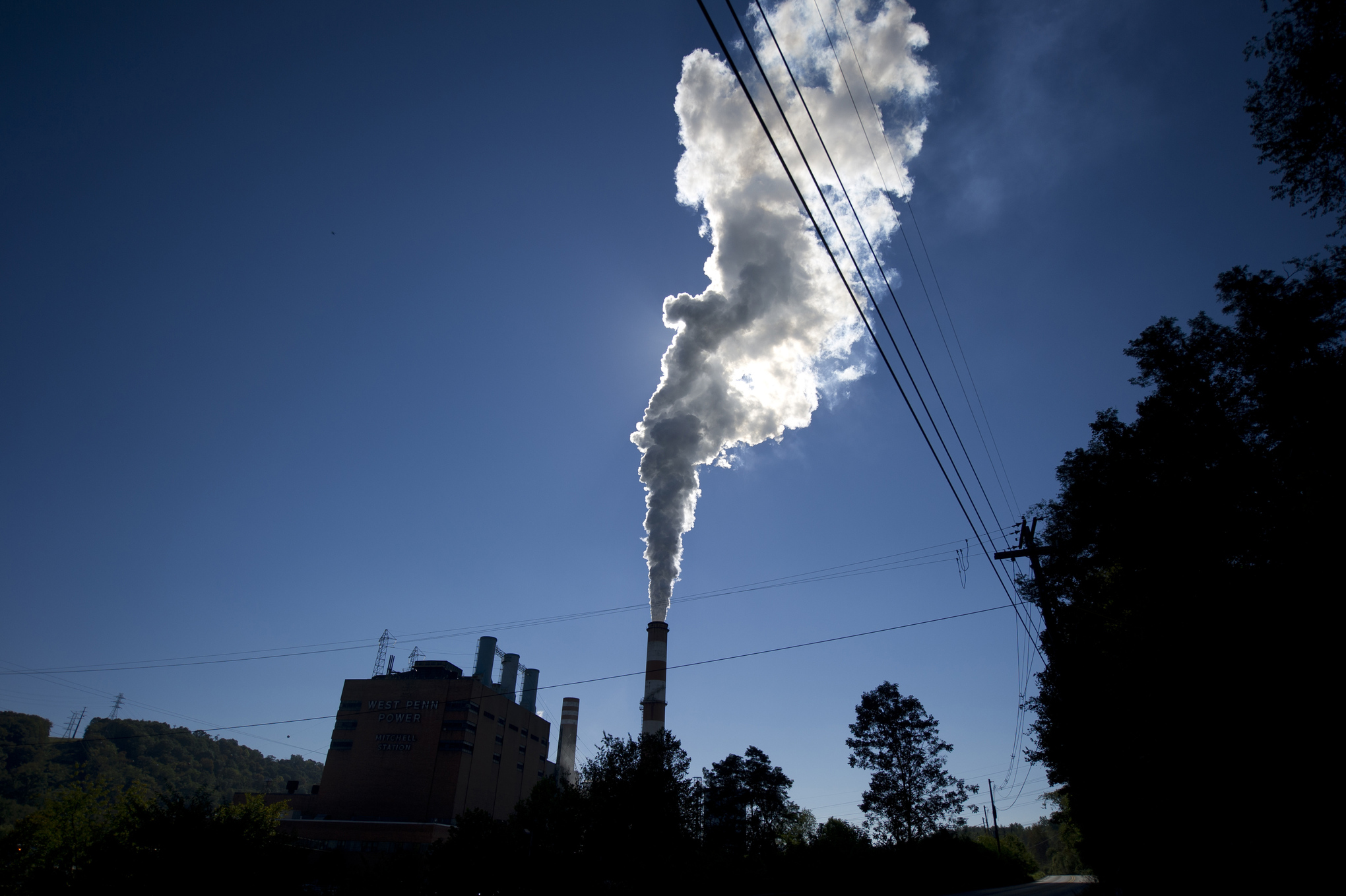 Environmentalists have also argued that the Obama administration should take into account the climate impact of its coal leases — especially at a time when the federal government is trying to reduce US greenhouse gases.

The cost of climate change isn't factored into leasing decisions

Officially, the administration has an internal "social cost of carbon" that it uses to evaluate the costs and benefits rules and regulations. That is, it assumes that every ton of carbon-dioxide emitted causes about $37 in damages that aren't reflected in the market price.

But the Interior Department doesn't currently incorporate this "social cost of carbon" in its coal leasing program. According to the Center for American Progress report, that means every ton of coal being sold is causing $62 in climate damages that aren't accounted for. (And this is without trying to account for the health impacts of conventional pollution produced in burning coal.)

When you add that up, it comes to a net social loss of some $19 billion per year. Greenpeace, for its part, calculates that the climate damage could be four times that much. The precise number here depends on how much damage you think carbon-dioxide causes and how much value you place on future generations.

Already, there's a push to incorporate that environmental damage into these leasing decisions. In June, a U.S. District Court Judge blocked the expansion of a coal mine affecting federal lands in Colorado because regulators — including the BLM — did not take into account the social cost of carbon into their review.

So far, however, the Obama administration has not signaled that it would incorporate these costs into its leasing policies.

More and more US coal is getting burned abroad

A few decades ago, when coal provided half the electricity in the United States, these leasing policies weren't a major political issue. If Powder River Basin coal was leased out too cheaply, American consumers reaped the benefits via cheap electricity.

a debate on whether cheap coal exports leads to additional emissions

But the energy landscape has since shifted. Cheap natural gas is rapidly displacing coal as America's preferred source of electricity. Many mining companies are looking to export much of that Powder River Basin coal overseas, particularly to Asia and Europe.

The AP's Dina Cappiello recently wrote a long, in-depth story looking at the impacts of all these exports, as well as current plans to sell more Powder River Basin coal around the world. The Obama administration, for its part, has suggested that these exports will have little overall climate impact — they'll simply displace other coal abroad. (Here's a white paper from the Energy Policy Research Foundation laying out that argument.)

But other experts, as well as environmental groups, have argued that this is wrong. If more cheap coal from the Powder River Basin is available for export, than other countries will use more coal and emit more greenhouse gases than would otherwise be the case. That is, extra supply will induce demand. Here's a study making that case, by Thomas Power of the University of Montana.

If Powers is right, then coal leasing and export policies would certainly make a difference for global warming at the margins.