Share All sharing options for: The median household is 20% poorer today than in 1984

A new study from the Russell Sage Foundation reveals that while wealth levels for all classes of Americans declined between 2007 and 2013, Americans in the bottom half of the distribution are poorer than they were way back in 1984. Meanwhile, elites have amassed considerable wealth since then: 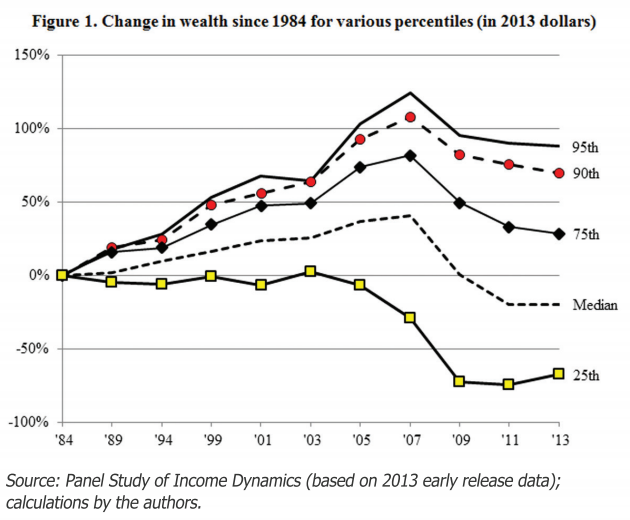 Data for 2014 is not yet available, but when it is done it will almost certainly show robust growth in high-end wealth and meager increases for the middle class. The key difference is that while both rich and middle class families own housing, rich people also own lots of shares of stock. This year has seen stock markets soar above their pre-recession peaks, while house price have increased a bit and remain well above where they were.

If you do manage to put some money aside for savings, note that stocks are on average a much better long-term investment than houses.