Janet Yellen doesn't want you to get too big a raise

Share All sharing options for: Janet Yellen doesn't want you to get too big a raise

Janet Yellen cares deeply about everyday people's problems, as Nick Lemann wrote in a recent New Yorker profile. But while the everyday worker might want as big a raise as possible, she and her fellow central bankers have a keen interest in making sure that doesn't happen on a grand scale. As the Fed's Open Market Committee meets this week, Janet Yellen and her fellow central bankers will be keeping their eyes on how people are faring in the job market — not only whether they're getting jobs, but also whether their wages might get too big, too fast. When that happens, inflation often isn't far behind.

Thus far, she hasn't had much to worry about. Wage growth has been slow during this recovery. At this point during labor market expansions both in the 1990s and 2000s, wage growth was at nearly 4 percent year over year, according to figures compiled by Wells Fargo economists Jay Bryson and Sarah Watt House in a recent commentary. Today, it's only 2.3 percent.

But wage growth contributes to inflation (your pay boost is your customers' higher prices), and the Fed has to rein in inflation that's too high before it wreaks havoc on the US economy.

"The general perception is that goods and services inflation lags wage inflation, which suggests that higher wages are a contributing cause to higher inflation," says Guy LeBas, managing director of fixed income strategy at Janney Montgomery Scott.

Inflation has also been muted until recently. The Fed has an inflation target of around 2 percent, and it only in the last couple of months has started climbing toward that. 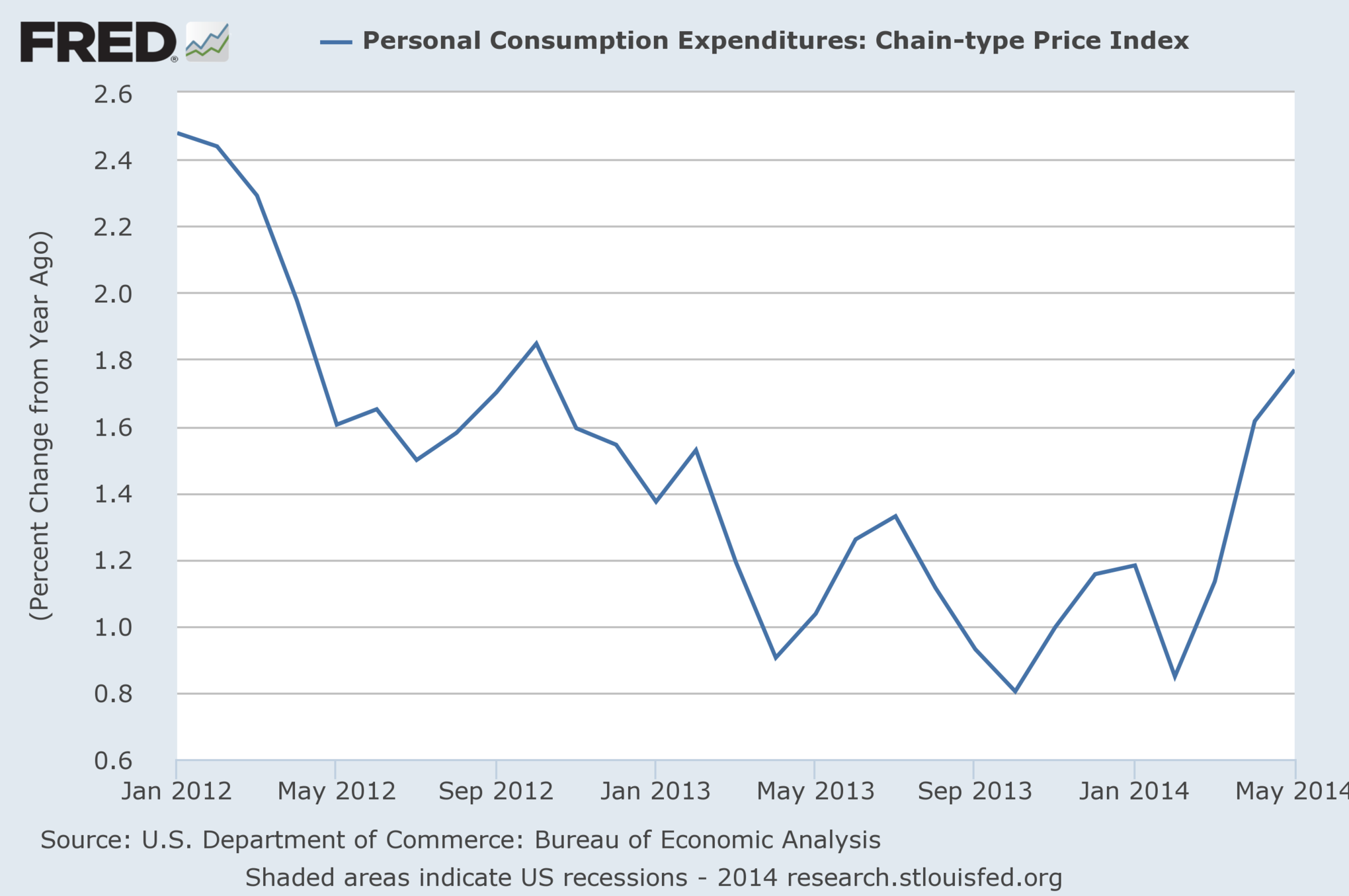 It's that recent spike that the Fed has to contend with. Inflation for the most part doesn't look like a serious threat right now — most FOMC members at their June meeting said they expected price growth to remain at or below 2 percent through 2016, and LeBas agrees that there's no reason to worry right now. But should something like a spike in wages help send inflation even higher, the central bank will want to tighten policy to keep the economy from overheating, for example by raising interest rates.

Wages have also grown much more strongly among the highest earners, and some economists believe wages are about to pick up among those lower earners. Once wage growth catches on among lots more workers, it could help send inflation over that 2-percent mark. And while too little inflation can tank the economy, so can too much, as people's money diminishes in value.

There are a few reasons why wages could be primed for a boost. One is that employers may have wanted to cut wages during the downturn and recovery but couldn't (a phenomenon known as wage rigidity). As a result, they've simply held wages low for a long time, as Bryson and House write. They also note that recent surveys from the National Federation of Independent Business show the share of employers who expect to raise compensation has grown since the fall.

In addition, as labor market slack diminishes, it means more demand for labor, meaning more pay for that labor. Friday's July employment report is expected to show that slack is still tightening, with economists expecting around 230,000 jobs.

All of this is an example of the tightrope the Fed must constantly walk in satisfying its dual mandate. The Fed is charged with both maximizing full employment and maintaining low, stable prices. And making sure the economy can keep providing us with those jobs for years on end can mean making sure those jobs' paychecks don't get too generous.