Study: The economy has done better under Democratic presidents

Share All sharing options for: Study: The economy has done better under Democratic presidents

For the past half-century, the US economy has consistently grown faster under Democratic presidents than under Republican ones. And in a new study, two economists ask whether there's a reason for that — or if it's all just a coincidence.

The numbers are pretty clear on this. Between 1947 and 2012, the US economy grew at an average real annual rate of 4.35 percent during Democratic administrations and just 2.54 percent during Republican ones.

And the gap persists even if you play around with the numbers a bit — say, by giving presidents less credit for the period immediately after taking office or by removing the extreme outlier years (like the financial crisis at the end of George W. Bush's second term) or by fiddling with the dating of recessions: 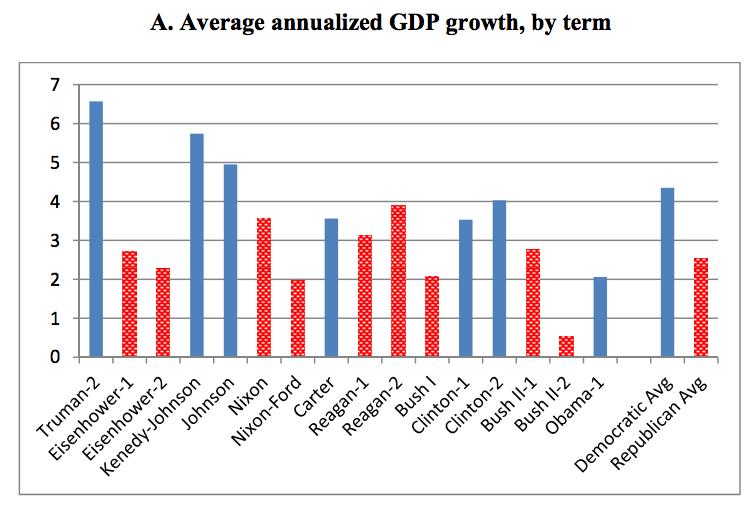 Note that this chart only runs through Obama's first term. (Watson/Blinder, 2014)

So what's going on? It's easy to tell stories about individual presidencies, but are there any broader patterns at work here? Perhaps Democratic policies are better for economic growth. Or, alternatively, perhaps Republican policies are actually superior — but they take a long while to have an impact, so Democrats end up benefitting.

'Democrats would like to attribute the gap to better macroeconomic policies, but the data do not support such a claim'

There's also a third possibility: Perhaps Democratic presidents have just had better economic luck. Policy might play some role, but less than most politicians like to think.

Economists Alan Blinder and Mark Watson tend to favor this third explanation — and they've assembled the evidence in their newly revised working paper, "Presidents and the US Economy: An Econometric Explanation." (It's an update of this previous paper on the topic.)

The two authors are skeptical that differences in macroeconomic policies — taxes or spending or monetary policy — are a major reason for the overall gap in growth rates. "Democrats would no doubt like to attribute the large D-R growth gap to macroeconomic policy choices, but the data do not support such a claim," they argue. (Blinder worked as an adviser in the Clinton White House, Watson is an econometrician not affiliated with either party.)

Instead, they find, roughly half of the difference in growth rates can be chalked up to just three or four factors: Democratic presidents have historically been hurt less by oil shocks, and have benefited more from productivity booms, favorable international conditions, and possibly higher consumer confidence.

That's not all pure coincidence — the economists note that a president's foreign policy choices, for instance, can affect oil shocks. But they call a lot of it "luck." So here's an overview of their paper:

4 reasons the economy has done better under Democratic presidents 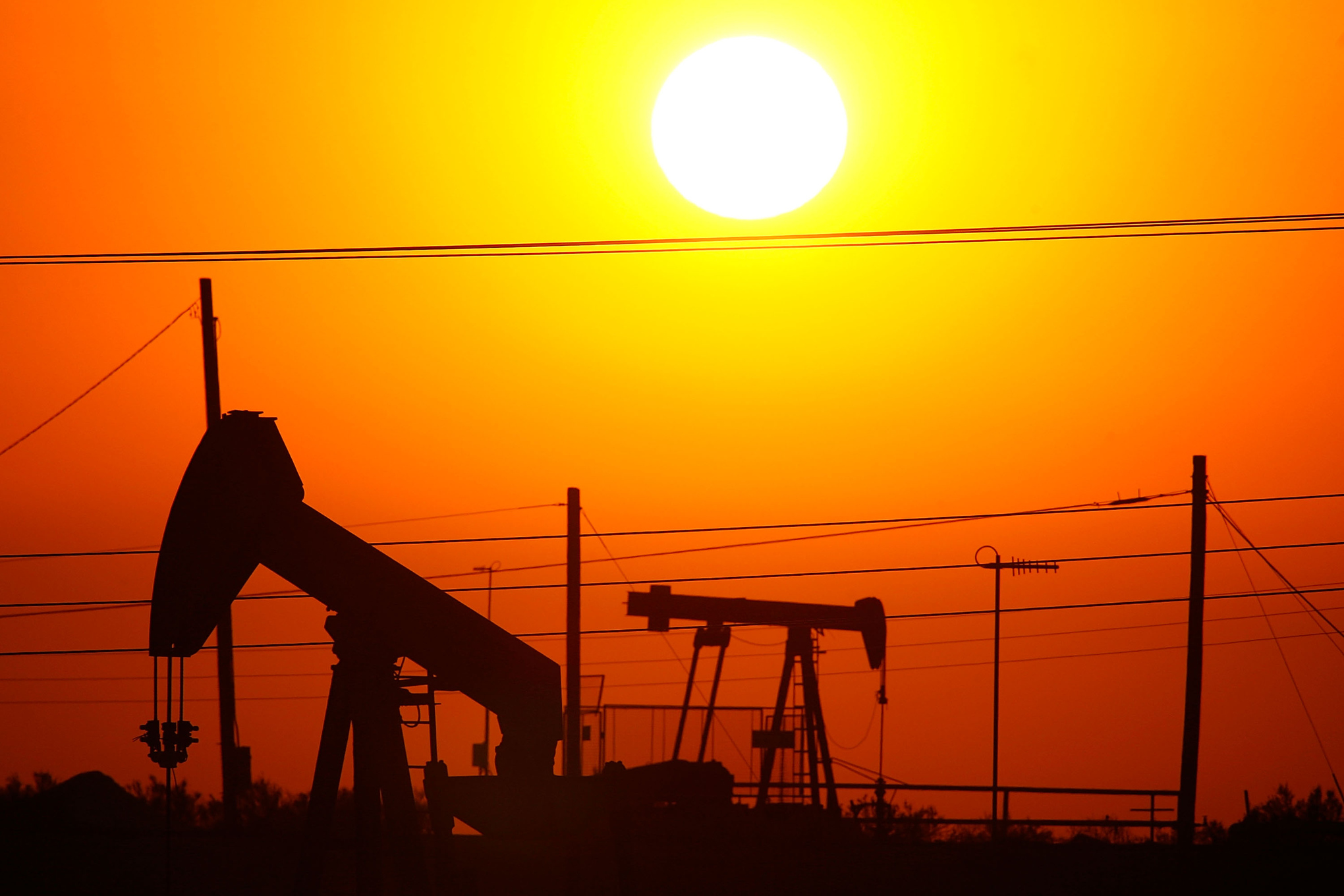 Blinder and Watson find that "slightly more than half" of the gap in economic growth rates under Democratic and Republican presidents comes down to four factors:

1) Oil shocks have hit Republicans harder: The paper notes that Republican presidencies have seen more oil shocks — sharp rises in the price of crude oil that can put a crimp in consumer spending and restrain growth.

Previous work by James Hamilton of the University of California, San Diego, has suggested that oil shocks can have a negative impact on growth. Based off these calculations, Blinder and Watson suggest that oil shocks could account for a big chunk (possibly around one-fifth to one-fourth) of the partisan gap in growth.

It's worth noting, however, that oil shocks aren't totally independent of policy. The authors note that both invasions of Iraq by George H.W. Bush and George W. Bush helped push up the price of oil. Still, these shocks also aren't always within the president's control — the massive rise in oil prices during the second Bush administration was extremely harmful, but a lot of that was driven by demand growth in China, India, and Brazil.

2) Democrats benefit more from productivity booms: Historically, total factor productivity has grown faster under Democratic presidents than Republican ones. The numbers are particularly driven by a big boom in productivity under John F. Kennedy and Lyndon Johnson, combined with a sharp slowdown during Ronald Reagan's first term and George W. Bush's second term.

Here, too, the authors note that "government decisions can presumably influence productivity" — so this might well be partly dependent on policy. But it's hard to pinpoint specific factors here. How much credit does Bill Clinton deserve for the tech boom of the 1990s?

3) International growth might benefit Democrats: Another possibility is that Democrats happen to come to office when the rest of the global economy is booming. That might count as "luck."

And there's some evidence that Democratic presidents do indeed benefit from stronger growth abroad during the terms. The problem is that this is a difficult factor to isolate — is the rest of the world helping US growth or is US growth pulling up the rest of the world? How much of this is dependent on oil prices? And so forth.

4) Consumer confidence: Consumer expectations about the future seem to be higher during the first year of Democratic presidential terms, the authors note. It's not clear whether this is a coincidence or not — but a big part of the difference in growth rates is due to a leap in consumer spending and business fixed investment during the first term of Democratic presidencies.

As mentioned, it can be difficult to tease out how much each of these factors matter — given that so many things are going on during this time period and there are different ways of measuring each of these factors. But the economists' calculations suggest that these four factors explain around half the gap.

And 6 factors that don't seem to matter as much 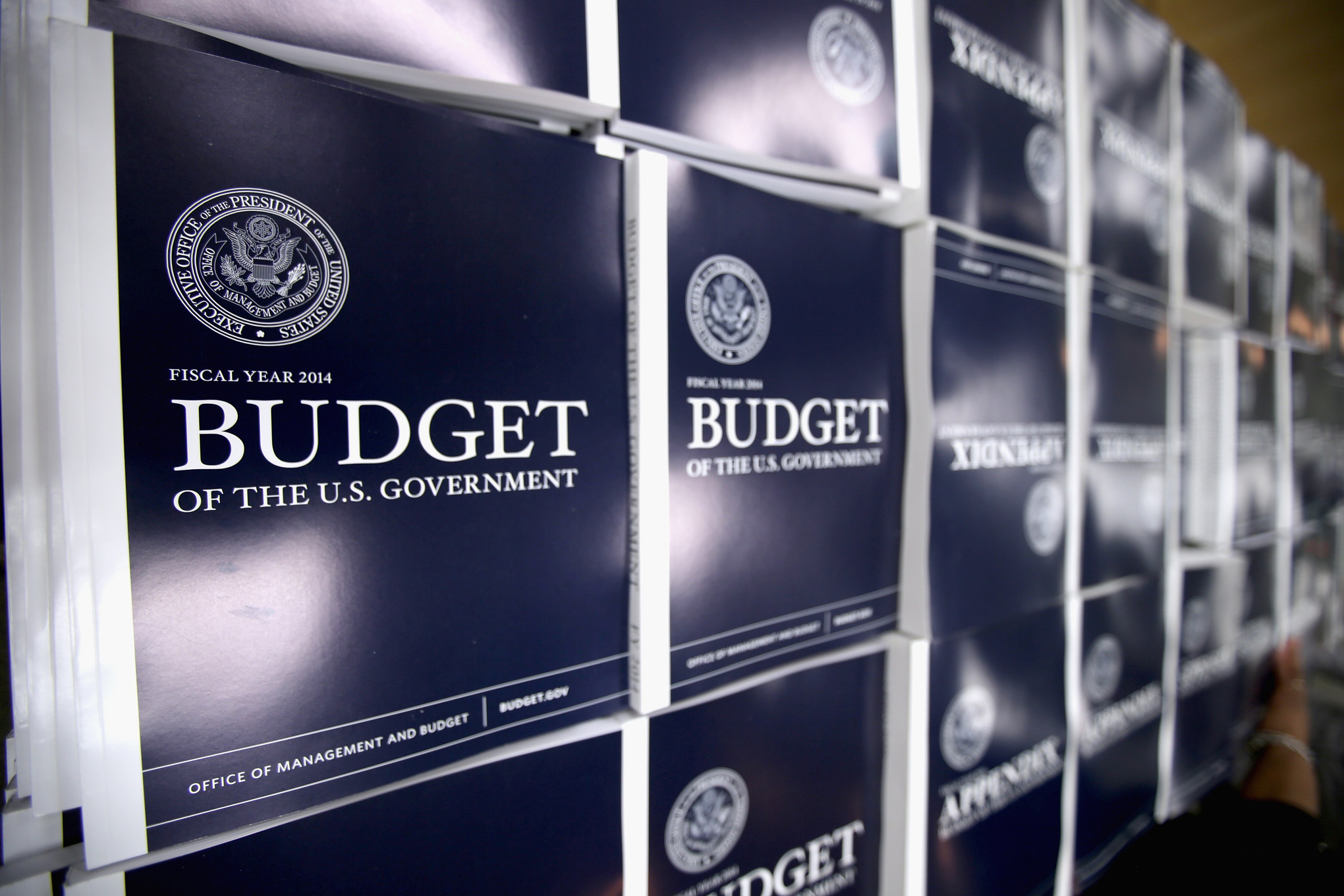 Copies of the Obama Administration's proposed FY 2014 federal budget are on display before going on sale at the Government Printing Office Book Store April 10, 2013 in Washington, DC. (Chip Somodevilla/Getty Images)

Blinder and Watson also consider — and reject — a bunch of other explanations for the difference in economic performance between Democratic and Republican presidents. These things can affect the economy, but there doesn't seem to be any broader identifiable pattern that would account for the partisan gap in growth:

If anything, monetary and fiscal policy have helped Republicans

1) Deficits and budget policy. Very broadly speaking, there hasn't been a massive difference in fiscal policies between the two parties since 1947. The structural federal budget deficit has been 1.5 percent under Democratic presidents and 2.2 percent under Republicans — which is "far from statistically significant," the authors write.

But they don't think this is enough to drive the historical difference in growth rates: "[O]n average, federal defense spending accounts for just 8% of GDP over the postwar period. It would be hard for a tail that small to wag such a big dog." (The one exception here is the big buildup in the Korean War — but even if you exclude that, the partisan growth gap remains large.)

3) Congress. Party control of Congress doesn't seem to have much impact on the economy one way or the other — or at least there are no obvious patterns here.

4) Federal Reserve. Federal Reserve chairmen appointed by Democrats tend to outperform Fed chiefs appointed by Republicans. But this doesn't necessarily benefit Democratic presidents. Indeed, the Fed, on average, tends to lower interest rates during Republican presidencies and hike them during Democratic ones. (This might simply be a function of the fact that the economy does better under Democrats, however.)

5) Inherited economies. The authors don't give much credence to the idea that Democratic presidents inherit stronger economies. In fact, the opposite may be true: "Democrats inherit growth rates of 1.9% from the final year of the previous term, while Republicans inherit a growth rate of 4.3% — a clear advantage to Republicans." Yet Democratic presidents have still done better, on average, in their first terms since 1947.

6) Global patterns. There doesn't seem to be any global pattern here. Canada shows the same partisan gap in growth rates as the United States, with the economy expanding faster under Liberal governments than during Conservative governments. But there's no partisan pattern found in the United Kingdom, France or Germany.

But the study still leaves plenty of questions

For one, the authors note that their four preferred factors — oil shocks, productivity growth, international conditions, and consumer expectations — still only explain about half the difference in growth rates.

The 4 preferred factors only explain half of the growth gap

"The rest remains, for now, a mystery of the still mostly-unexplored continent," Blinder and Watson write. "The word 'research,' taken literally, means search again. We invite other researchers to do so."

Figuring that out wouldn't just be worthwhile for purposes of bragging rights — it'd be useful to know if there are policies that really can produce such a consistent and large boost to economic growth.