Obama and Netanyahu hate each other. But don’t expect America to turn on Israel.

Share All sharing options for: Obama and Netanyahu hate each other. But don’t expect America to turn on Israel.

It's been a bad year for US-Israel relations. US-led efforts to restart peace negotiations between Israel and the Palestinian Authority collapsed, and the US and Israel butted heads repeatedly over the Gaza war. Now, major reporting from Jeffrey Goldberg in the Atlantic details really nasty conflict between the Obama administration and Israeli Prime Minister Benjamin "Bibi" Netanyahu.

"The thing about Bibi is, he's a chickenshit," a senior Obama official told Goldberg. "Over the years, Obama administration officials have described Netanyahu to me as recalcitrant, myopic, reactionary, obtuse, blustering, pompous, and 'Aspergery,'" Goldberg writes, noting that these adjectives come from a verbatim list that he's been keeping for years.

You might think that this would translate into actual policy hostility in the form of, say, threats to cut off American aid to Israel. The US is a superpower, provides about $3 billion in aid to Israel every year, and uses its veto to protect Israel at the United Nations when no one else will. Shouldn't the US have been able to force Israel to see things its way? Isn't the end result of all this personal enmity between Obama and Bibi a major shift in the US-Israel relationship, with the US withdrawing its famously deep support for Israel?

Why hasn't the US been able to force Israel to see things its way?

Don't bet on it: the United States has a long track record of failing to bring meaningful pressure to bear on Israel when there are policy, or personal, disagreements between the respective leaderships — which have been more frequent than you might think. There are two basic explanations. One — call it "can't" — is that the US is literally incapable of putting enough pressure on Israel to change the country's position on major issues. The other — call it "won't" — is that the US refuses to use the tools it has. There are elements of truth to both, and you need to grasp both the can't and won't arguments to understand the relationship between the United States and Israel today. 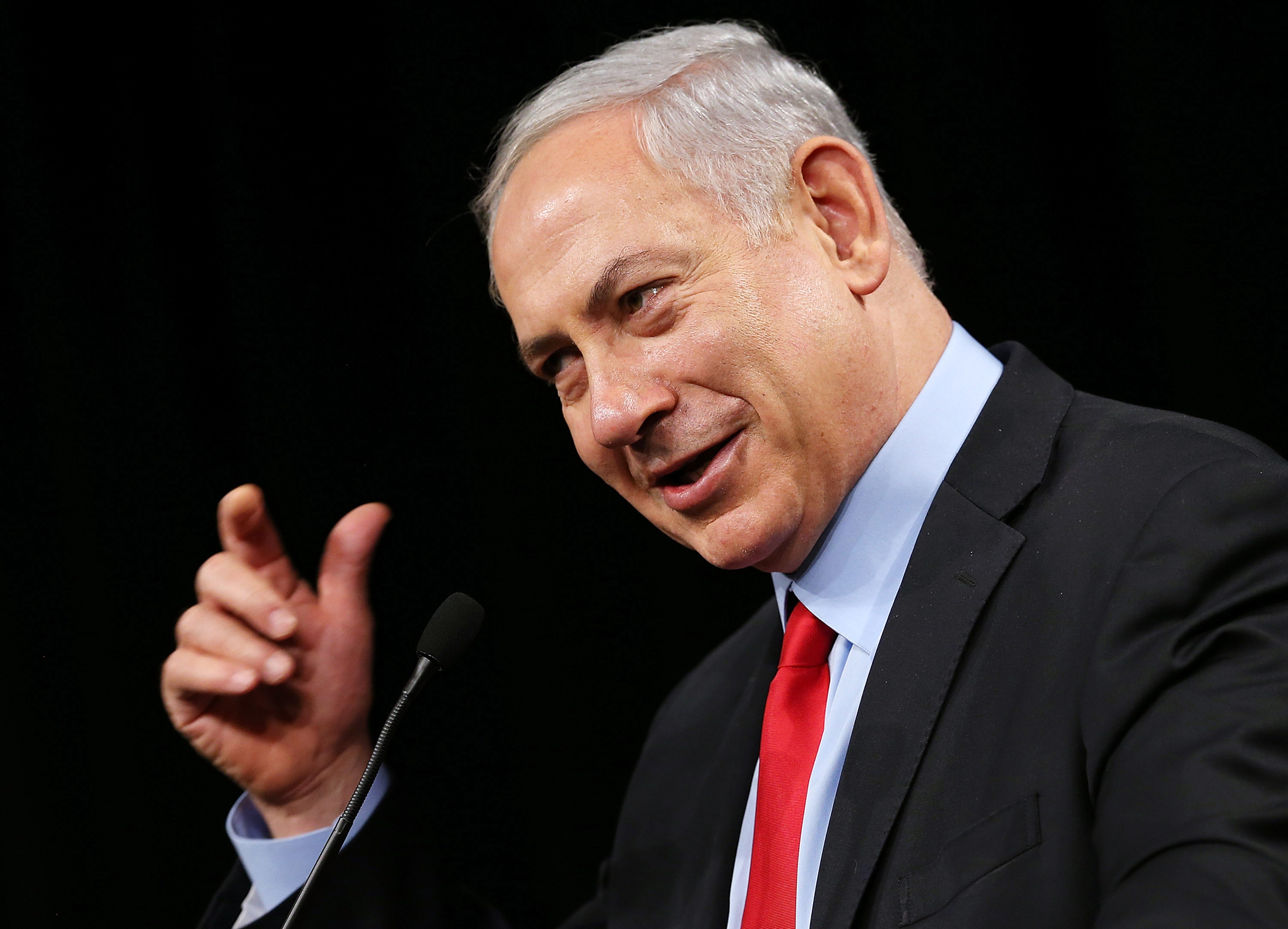 Talk to Middle East analysts, and you get a clear sense that the US really could box Israel in a corner if it wanted to. "In theory, of course the US has enormous leverage over Israel," says Nathan Thrall, a senior analyst at the International Crisis Group. But in "the very unlikely event" that "the US were to threaten the very alliance with Israel," he says, it'd put immense pressure on an Israeli Prime Minister to bend.

Clearly, the United States doesn't want to do that. But it has successfully pressured Israel before. For instance, the Bush administration forced Israel to back off an arms deal with China in 2005 by threatening to cut off military cooperation on certain projects. The US refused to give Israeli aircraft friend-or-foe codes during the Gulf War, effectively keeping Israel out. It refused to give American support for an Israeli strike on Iran's nuclear program, which amounted to vetoing it.

So it's not that the US can't ever push Israel. It's that American policymakers aren't willing to threaten the foundations of the US-Israeli relationship — aid, diplomatic support, and the like — over a ceasefire in Gaza or even a final status peace agreement.

"During the Kerry process [before the Gaza war], the US didn't threaten Israel with anything," Thrall says. Ben Birnbaum and Amir Tibbon's magisterial account of the Kerry negotiations supports that theory. Palestinian leader Mahmoud Abbas "felt as if Kerry was privileging [Israeli Prime Minister Benjamin] Netanyahu's needs over his," they write. "And the numbers seemed to bear the Palestinian leader out: Kerry had met with Netanyahu nearly twice as often as he had with him."

Pressure is unpopular, and maybe not worth it 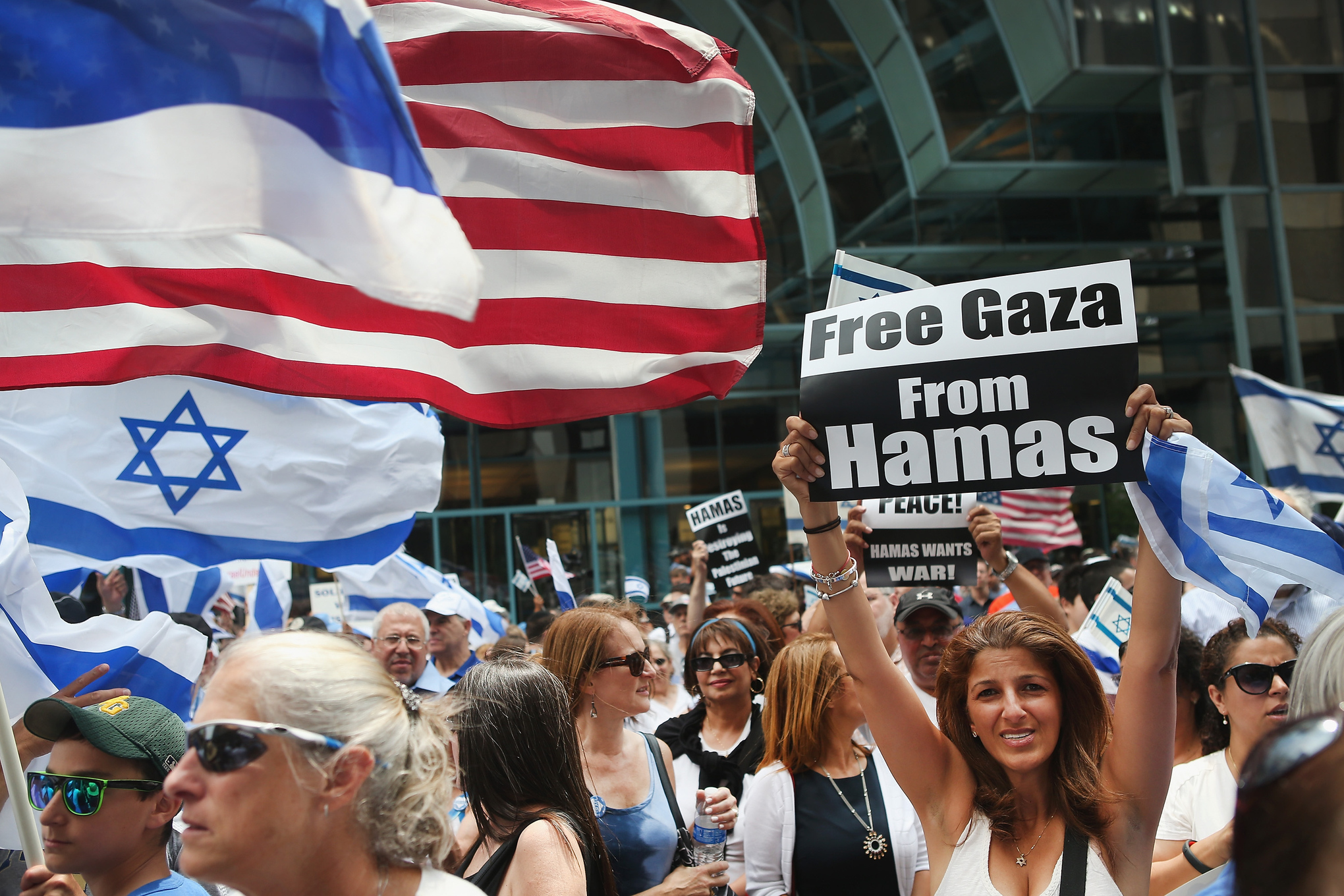 There seem to be basically two reasons American administrations don't want to bring out the big guns. First, it's really, really unpopular. Second, American policymakers think it's a terrible idea.

The point about popularity isn't very complicated. Both the American public and Congress are overwhelmingly more sympathetic to Israel's view of the conflict with the Palestinians. There's also AIPAC, the extremely powerful pro-Israel lobby. Add public sympathy together with a powerful lobby, and you get a legislative branch that's staunchly on Israel's side. "Any Congressional action you see is strongly pro-Israeli government," says Jeremy Pressman, a professor at the University of Connecticut who studies the Israeli-Palestinian peace process.

No president, then, could seriously threaten aid to Israel. Nor could they threaten serious diplomatic punishment without risking serious congressional retaliation. So, US presidents are well-constrained by domestic politics from threatening Israel.

But even if Congress didn't exist, it's not clear any president would want to risk the US-Israel relationship over peace issues. For one thing, you'd have to be damn sure that Israel, and not the Palestinians, are the main obstacle to peace. If you really push Israel to make a major concession, and it's not enough for the Palestinians, then you've sacrificed ties with Israel for essentially no gain.

Moreover, American policymakers may just not care about Israeli-Palestinian peace that much. Imagine that the US threatened to cut off Israel, and it actually produced an agreement.  "From a very cold realist perspective," Thrall says, "you've created an economically underdeveloped state of five million plus refugees, at the price of harming your relations with one of the three largest powers in the Middle East. Who gives a shit?" he asks rhetorically about getting a Palestinian state on those terms.

F. Gregory Gause III, a University of Vermont political scientist, sees the American perspective in similarly self-interested terms. "What drove our intense interest in the peace process? Well, in 1973 we found out that the Arab-Israeli conflict could directly affect American voters" after Arab states imposed an oil embargo over it, Gause says. "The further we get from the oil embargo of 1973, the less and less central the peace process is, it seems to me, for core American interests." He cites then-President Bill Clinton walking away from the 1990s peace process, despite investing heavily in it, as evidence that Israeli-Palestinian peace "just wasn't key to American interests." 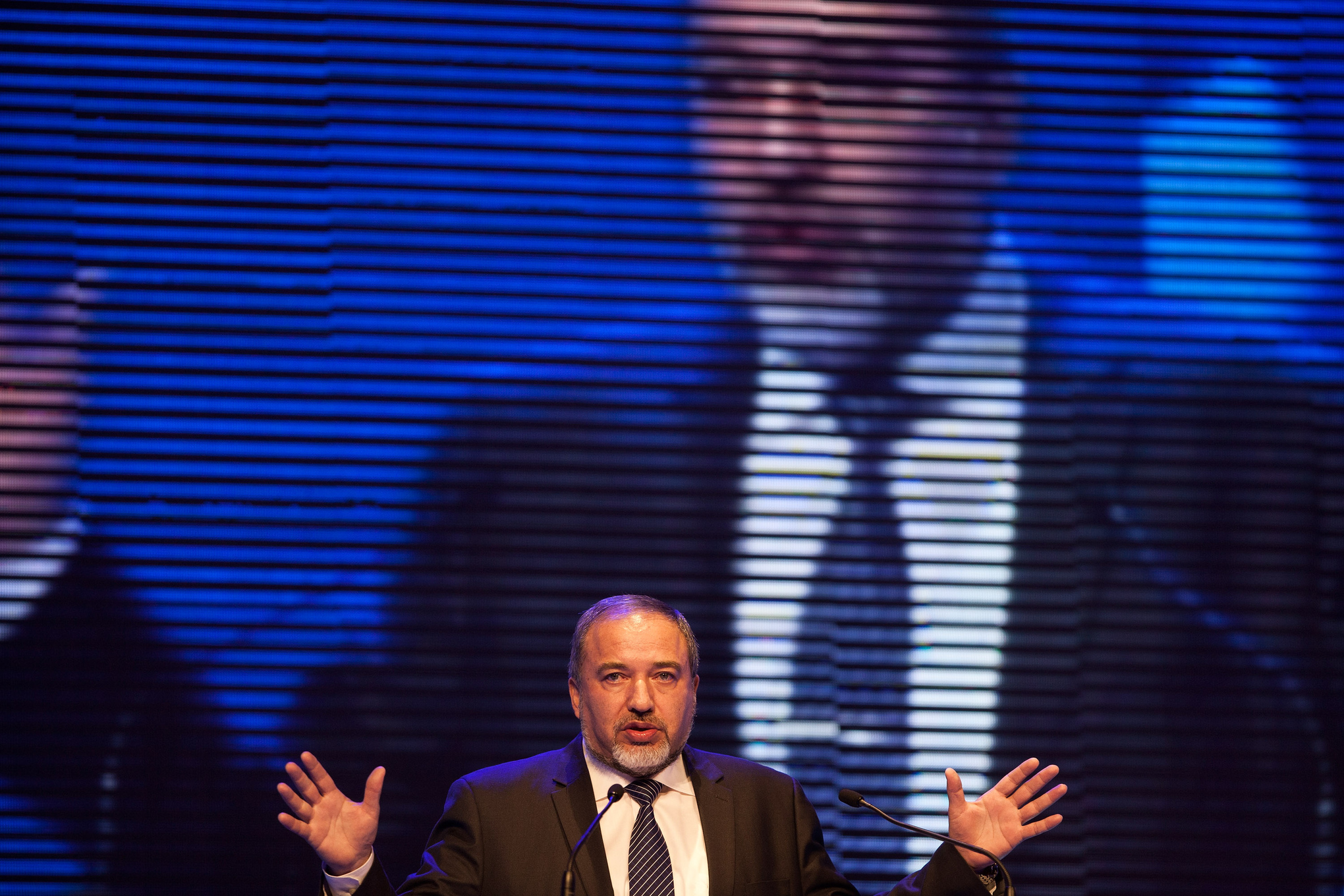 Of course, there are much less threatening ways of pressuring Israel than actually risking the alliance — like public chastising over settlements, a tool that the Obama administration has definitely employed. Could these more mild forms of pressure budge Israel?

Probably not. "I think there have been big demographic shifts in Israel that have reduced support for the parties who have in the past willing to give concessions to the Palestinians and strengthened those parties that are against," Gause says.

After the peace process collapsed in 2000, followed shortly by the Second Intifada and then the Hamas takeover of Gaza, the Israeli electorate has empowered parties that have been skeptical of the peace process. There's pretty solid political science, broken down nicely here, demonstrating that rocket attacks and suicide bombings have translated into more votes for right-wing parties.

Conservative Israeli leaders, like Netanyahu, aren't very receptive to being nudged in a conciliatory direction by America. "They have a sense that they have strong supporters in the United States," Pressman says, and so they aren't worried about an aid cutoff or something like that. This right-wing shift also compounds itself: Netanyahu's Likud party shares a coalition with the even more hawkish Yisrael Beiteinu and Jewish Home. If Netanyahu gave into America pressure, he'd lose ground on to these guys and maybe even rivals inside Likud. You get a clear sense of how much that right-pressure is to Netanyahu in Birnbaum and Tibon's profile.

"As Netanyahu kept one eye on his negotiations with the Americans during December and January, he was keeping another on his coalition. Right-wing parties had toppled his first government in 1999 over his actions in the peace process, and he wasn't eager to relive the experience," they write. "The primary source of Netanyahu's heartburn was Naftali Bennett, the ambitious leader of the Jewish Home Party."

It's not that conservative Israeli premiers necessarily hate peace — Menachem Begin's peace agreement with Egypt in 1979 is proof that's not true. Rather, it's that they're less willing to make concessions to the Palestinians that are suggested by other parties, such as the United States.

Maybe the US is just really bad at brokering peace 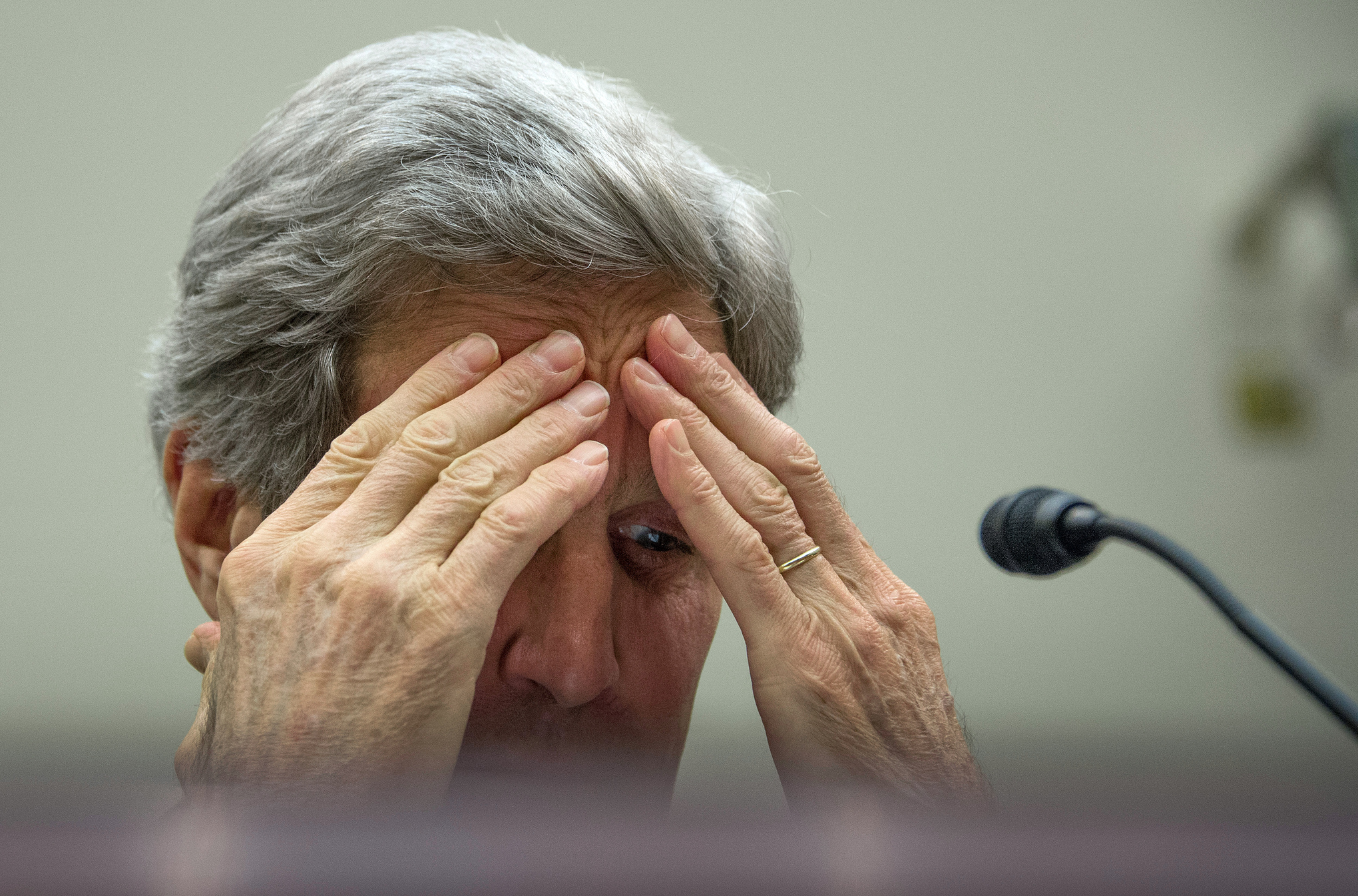 There's another way of looking at the "can't" position. It could be that the United States could successfully push Israel if it were more diplomatically creative. However, you might say, the US, and perhaps the Obama administration specifically, is epically bad at negotiating with Israel.

Thrall remembers hearing Martin Indyk, the US ambassador to Israel who resigned after the Kerry talks failed, say that the current negotiations proved that the two parties couldn't be made to agree if they didn't want it more than the US did. "It was just absurd to think that US policy had been driven for 9 months by people who did not think that was proven" already, Thrall said, lambasting "the delusions of the senior policymakers who were running the Kerry process."

It might just not be that Israel resists American pressure. It could be that the US is pretty bad at applying it.