Share All sharing options for: 15 things that happened at San Diego Comic-Con

For the last week or so, San Diego Comic-Con welcomed thousands of cosplayers, fanboys, fangirls, and seemingly every television and movie star under the sun.

There were Avengers, a wondrous woman, trailers, abs and even some blooper reels shared. It can be a bit daunting to keep up with everything that was released in the last few days, so we've prepared a brief guide to the convention's biggest stories: 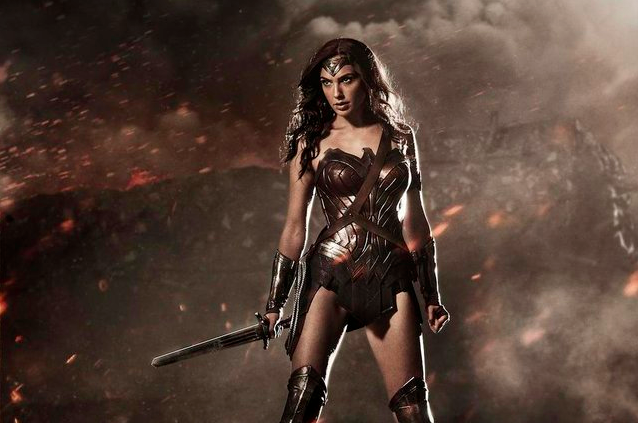 Wonder Woman in the upcoming Batman vs. Superman: Dawn of Justice (DC)

There isn't a more sensitive topic in the DC universe than Wonder Woman. Studios, despite heaps of money from franchises and movies like The Hunger Games, Frozen, and Underworld, are still reluctant to feature female heroes/superheroes. And DC hasn't always had full faith in Wonder Woman — producers have called the iconic character tricky or un-relatable. That's why, when it was announced that Wonder Woman (played by Gal Gadot) would be appearing in the upcoming Batman v. Superman movie, fans had some reservations.

Well, over the weekend director Zack Snyder revealed the first picture of Wonder Woman and restored a bit of faith in his project. Gadot has a pretty badass staredown, and the art is already much better than sulky Batman.

2) Avengers: Age of Ultron showed us a vision

San Diego Comic-Con has been a second home to the Avengers. Back before the first movie made a billion, Marvel sent the full cast to the convention in 2010. That was a game-changing moment for Comic-Con — a sign that Hollywood knew who was paying its bills. Recreating that same feeling, Marvel assembled The Avengers again this year, armed with the final concept art for their upcoming film Avengers: Age of Ultron. 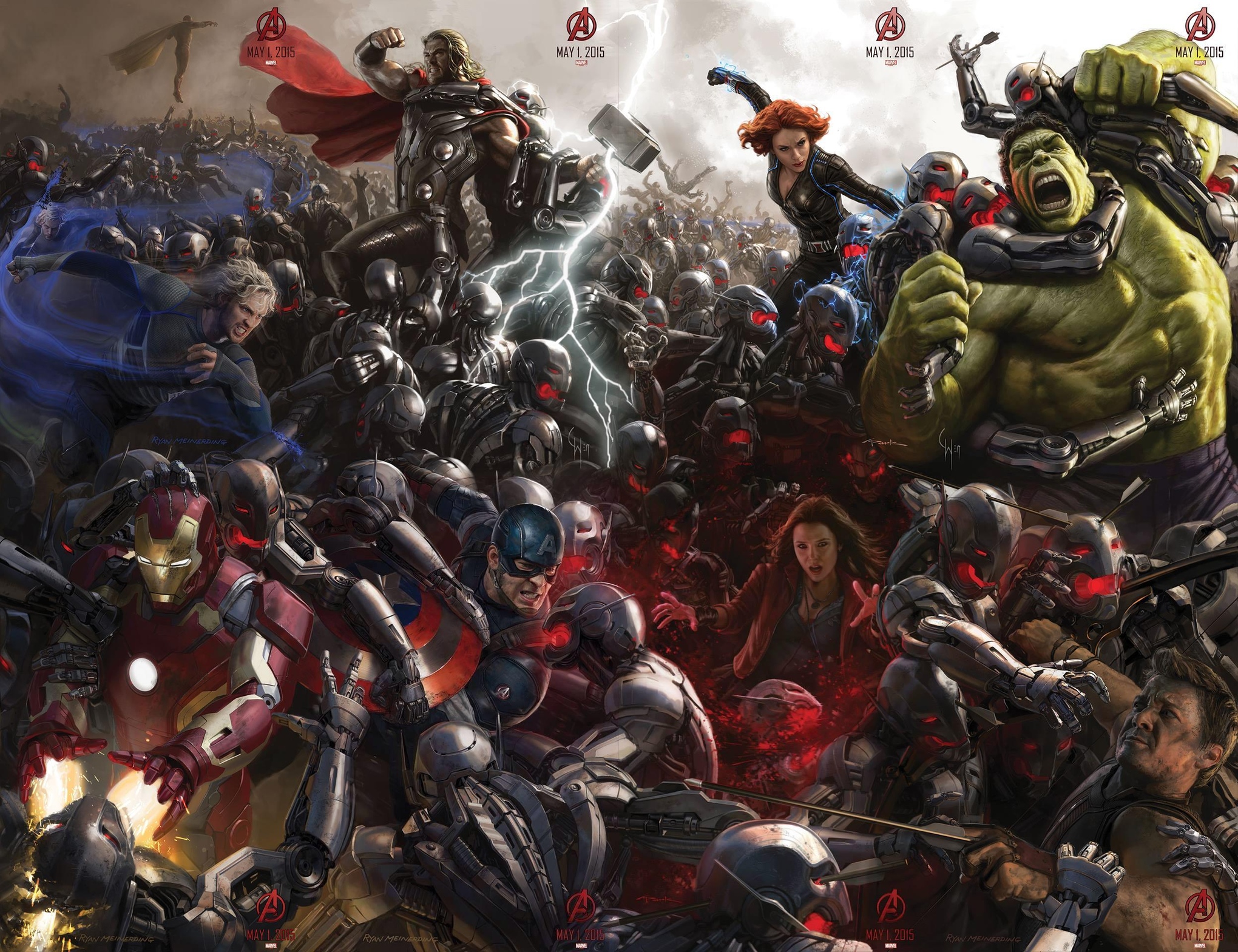 Concept art for the Avengers: Age of Ultron (Marvel)

That's a lot of poster, but what you'll want to focus on are the newbies: Scarlet Witch (Elizabeth Olsen; center two-thirds of the way down) and Quicksilver (Aaron Taylor-Johnson; the blue guy in the upper left-hand corner). And also pictured in the distance appears to be Vision, a new character and hero that appears in comic books: 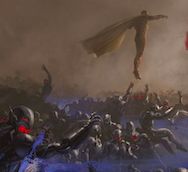 People who were there saw a clip from the movie, a haunting scene reportedly featuring a graveyard of broken Avengers.  Avengers: Age of Ultron will hit theaters on May 1, 2015.

3)True Blood will limp toward its true death

The current and final season of True Blood is a bit sad, and it's not in the way producers and directors intended. Like the last four seasons, it's a bit soulless. And though characters — some of whom have been there since the show's beginning in 2008 — have died, the plot and character development are so clunky and careless it's hard to muster up any feelings.

The show's likable and talented cast reportedly got very emotional during the show's panel. "It's been a profound time. We started crying at the table read, so it's been months!" Carrie Preston said at the session.

4) Guardians of the Galaxy already has a sequel

Marvel isn't even waiting to see what the box office numbers look like when Guardians of the Galaxy opens this weekend. The comedy-superhero flick — a genre that's brand new to Marvel — will get a follow-up in July 2017.

Amell, the star of the CW's Arrow, was asked to show off his abs and his fighting shape. He obliged, and made us second-guess our Chipotle lunch plans: 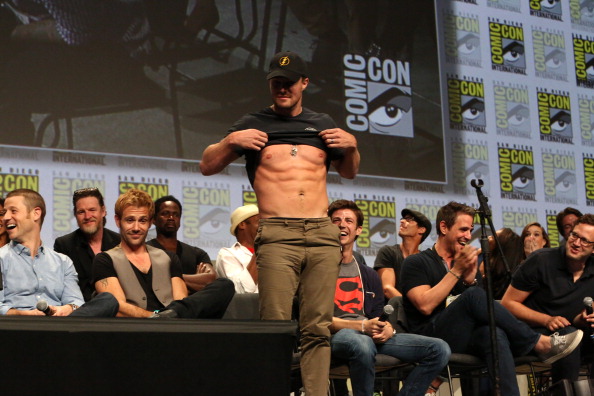 While Marvel is green-lighting movies that aren't even open yet, Sony seems to be cooling things down. Amazing Spider-Man 3 won't be coming out until 2018, two years later than it was originally scheduled. The delay could be a sign of Sony pumping the brakes on the franchise and perhaps re-thinking strategy, but make no mistake: Sony will not be giving up the Spider-Man rights (which would happen if it stops making films in the franchise at a sufficient pace).

Each year at Comic-Con, one trailer stands out among the rest. This year, that trailer appears to be Tom Hardy and Charlize Theron's Mad Max: Fury Road. "The footage is full of practical effects, and computer animation is used to supplement and embellish images of real cars tearing through the desert at lethal speeds," Polygon's Chris Plante wrote, adding that he was impressed with the lack of computer-assisted special effects. "Where its contemporaries would use CG to fill the frame, Mad Max: Fury Road appears to be using real humans and steel."

Have a look for yourself:

8) Daniel Radcliffe cosplayed and no one noticed

Radcliffe pulled a Banksy-esque trick on Friday night when the Harry Potter star dressed up as Spider-Man, wandered around the Comic-Con village taking pictures with fans, and not revealing who he really was. "I did an American accent for the whole time," he told the AP. "I took lots of pictures with people who did not know that it was me."

Radcliffe wasn't there just to play games. He was busy talking about his new movie Horns, where he plays, well … another magical young man with some distinguishing forehead features:

9) Godzilla and Mothra: Together forever

A second Godzilla movie was announced over the weekend, which isn't really a surprise. After all, the 2014 big monster flick made $200 million domestically and close to $500 million worldwide. The big announcement was that the sequel is going to feature classic Godzilla frenemies like Mothra, Rodan and Ghidorah. That's a bit of a contrast to this year's flick, which left audiences waiting until the last minutes for monster fighting.

Comic-Con isn't only for movies. The Walking Dead has found that the fans there are right in its wheelhouse. The show released a frenetic and arresting trailer for its upcoming season:

(For a spoilery and more thorough breakdown, click here.)

The two showed up unannounced to promote their film Interstellar … which no one really knows anything about. The trailers have been a bit odd and intentionally vague. McConaughey, making his first appearance at Comic-Con, expanded a small bit on his character Cooper.

"There's food, clean water, but they don't need any explorers, no new bright ideas. Then something happens and the dream of being a pilot agains knocks on his door," he told the Con. "By far, this is the most ambitious film that Christopher Nolan has ever directed," he added.

12) Hannibal has a blooper reel

The dark and gooey world of (the criminally under-appreciated) Hannibal can be a bit overwhelming and intense at times. This blooper real is not that:

(For a more extensive look at the panel, head over here. Our own Todd Vanderwerff live-blogged the whole thing.)

13) The Game of Thrones family gets bigger

There will be nine new characters added next season. Nine.  We promise we'll start getting to work.

When you match up DC and Marvel franchises, one place where DC has a clear edge (despite Tom Hiddleston's best efforts) has been its villains. Marvel still has to find some villains that's are as iconic as Heath Ledger and Jack Nicholson's Joker and Michelle Pfeiffer's Catwoman. Enter: Thanos.

Thanos is one of the biggest bads in the Marvel universe, and eats superhero teams like Avengers for lunch. He'll be played by Josh Brolin, who brought along the character's iconic glove (The Infinity Gauntlet), to the show. 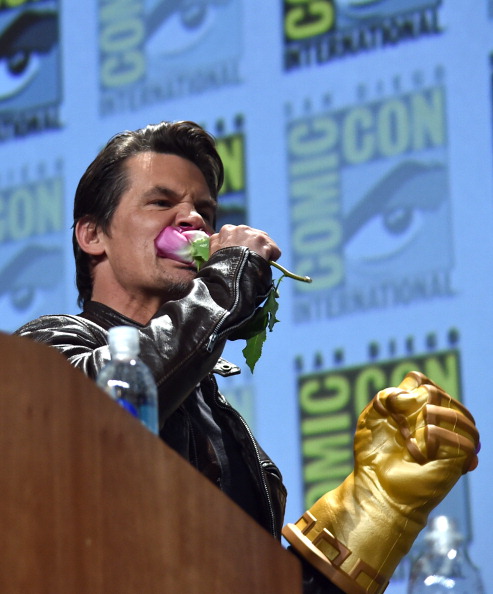 Brolin's Thanos is confirmed to appear in Guardians of the Galaxy, and will appear in future Marvel films.

15) The lines were massive

Sometimes, things are better seen from afar. Usually those things involve smells, lines, waiting, and a crush of humanity. Comic-Con appears to have turned into one of these things. The 2014 edition, according to The Verge's report, featured a 1.1 mile long line at 3:55 a.m. (it was only going to get longer) full of fans waiting to get into Hall H, where panels like the Avengers take place.

A mile-long line to see some trailers that will eventually be released into the ether (some of which are released on the same day)? It makes you wonder when San Diego Comic-Con will fully invest and experiment with streaming.  From the sound of it, the view might be better, or at least more tolerable, from a couch.