Congress passed a plan to fix the VA. Here's what it does.

Share All sharing options for: Congress passed a plan to fix the VA. Here's what it does.

In the aftermath of the big scandal at the US Department of Veterans Affairs, Congress and the White House have responded with various changes to reform the nation's publicly run health-care system for veterans.

Congress on Thursday, July 31, overwhelmingly approved sweeping changes to the VA's health-care system. The VA reform bill is the largest bipartisan effort passed by the current Congress, and the largest attempt to reform the VA in more than a decade.

More than three months ago, allegations began trickling out of the VA hospital in Phoenix that officials had purposely manipulated records to appear like they were seeing patients in a timely manner, when the average wait time was actually 115 days. Afterward, allegations continued to pop up all over the country, as the fraudulent behavior proved to be widespread and systemic for the VA.

Since then, Congress and the White House have taken separate steps to fix the issues. Combined, the reforms amount to a considerable reshaping of the VA that policymakers and veterans advocates hope will improve a health-care system that simply didn't have the resources to see a growing pool of patients.

What needs fixing at the VA? 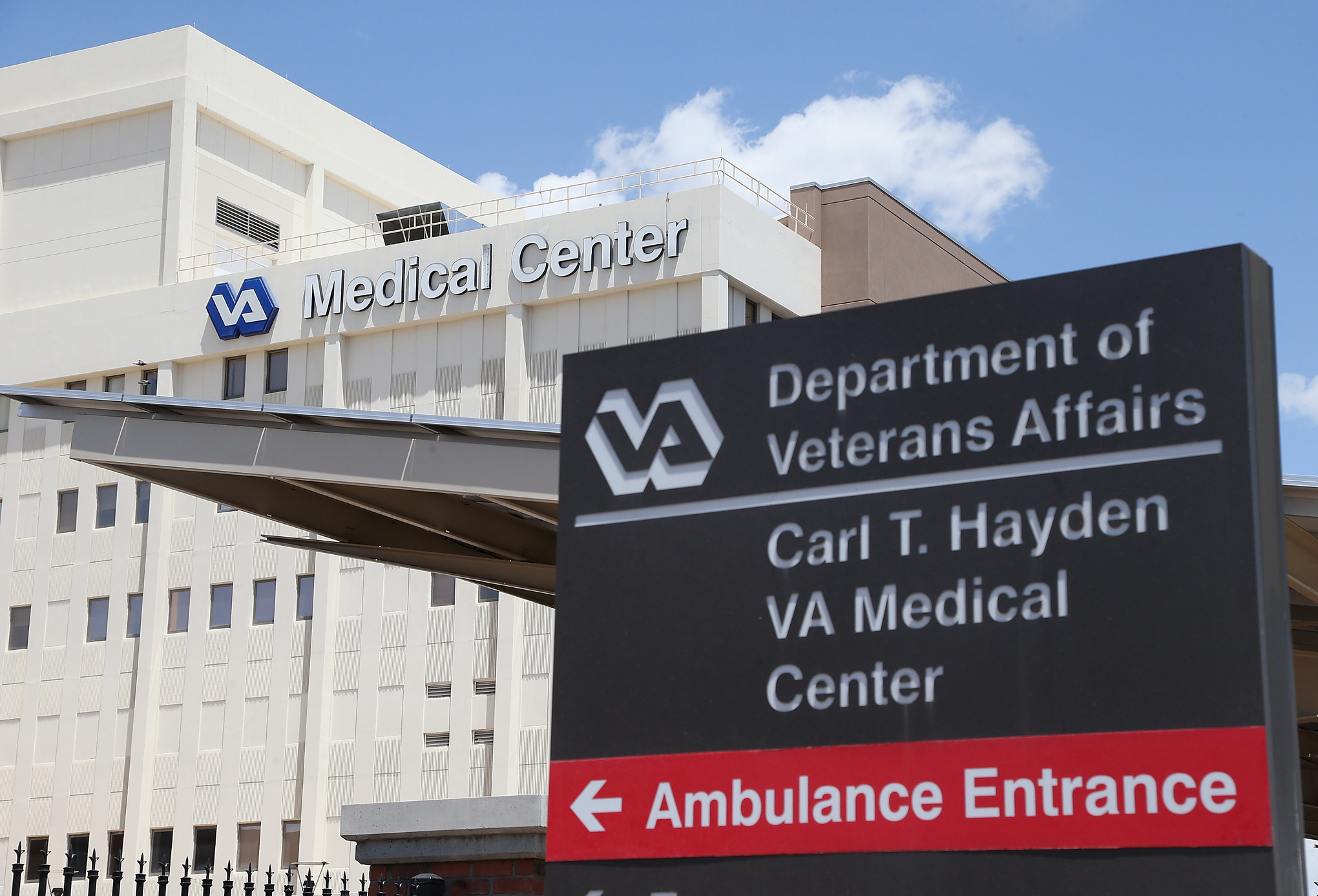 The VA scandal came down to three core problems:

These three issues worked together to create a storm of fraud and cheating at VA facilities across the country. Administrators and schedulers realized they didn't have the resources to see patients in a timely manner, but they still wanted to obtain bonus payments attached to wait time goals. So instead of reporting the lack of resources to higher-ups at the VA's central office, they manipulated scheduling records to make it look like they were seeing patients quickly. Because the VA rarely checked in on these facilities to make sure they were being honest, hospitals were able to get away with this kind of fraud for years.

What VA reform did Congress approve? 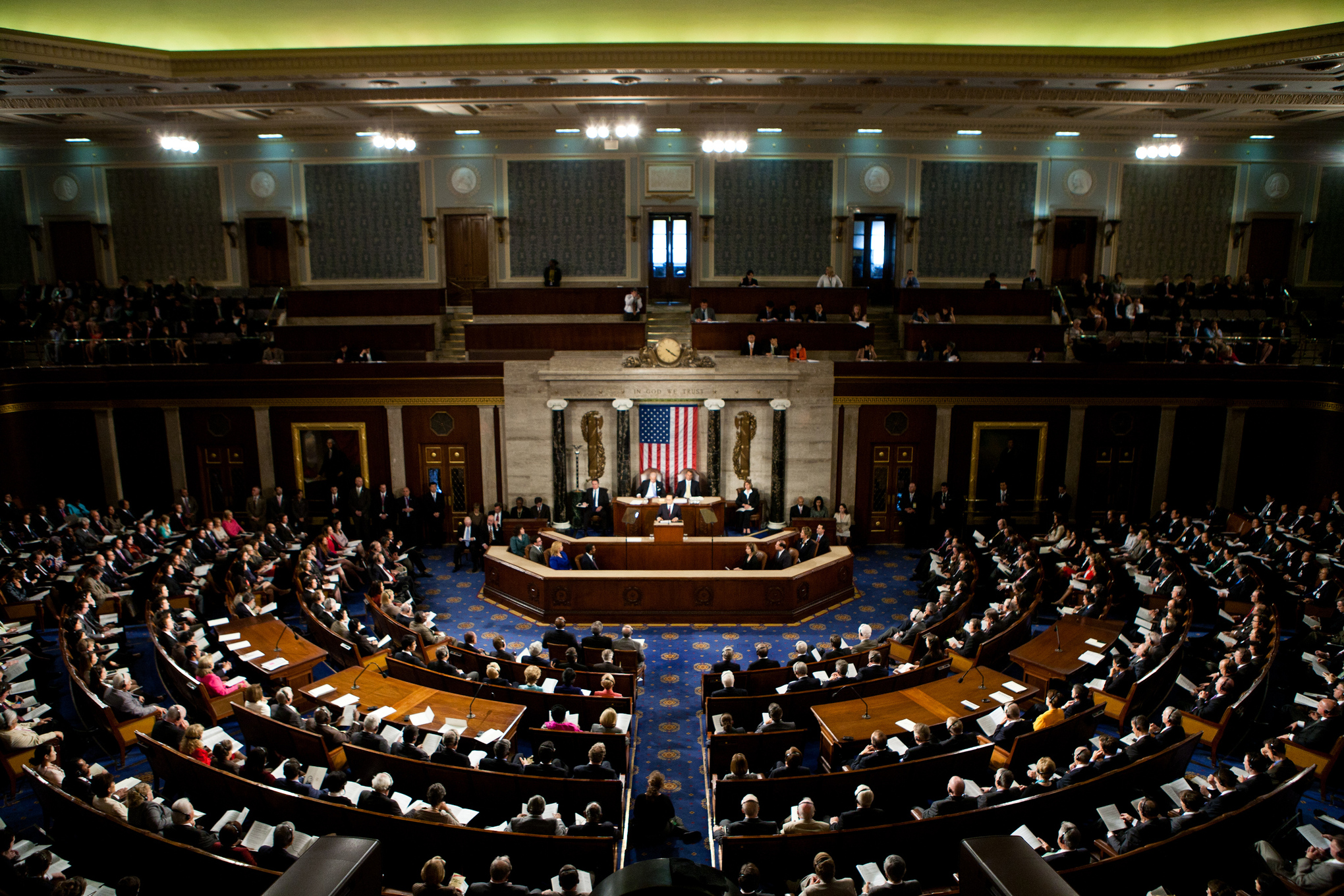 Congress's plan to fix the VA contains various components. The plan sets $10 billion for a pilot program that reimburses private care for veterans who live more than 40 miles from a VA facility or experience long wait times. It also allocates another $5 billion for the VA to hire more doctors and nurses and upgrade medical facilities. And it gives the VA permission to enter into 27 major medical facility leases across the country.

The plan also allows the VA secretary to quickly dismiss or demote senior executive employees for misconduct and poor performance, and it forbids the VA from attaching bonus payments to wait time goals.

Legislators estimate the plan will cost $17 billion. About $12 billion of that is new spending, while $5 billion will be paid for with offsets from the rest of the VA.

The idea is to improve the VA's ability to see patients in a timely manner within the VA system. If that's not possible or a patient can't access a VA facility, a private option is offered as an alternative.

In any remaining situations where the VA can't get patients into care quickly, there will also be less of a financial incentive to manipulate records. And it will be easier for the VA secretary to hold those who continue engaging in fraudulent behavior accountable, even if they hold senior positions.

What has the Obama administration done? 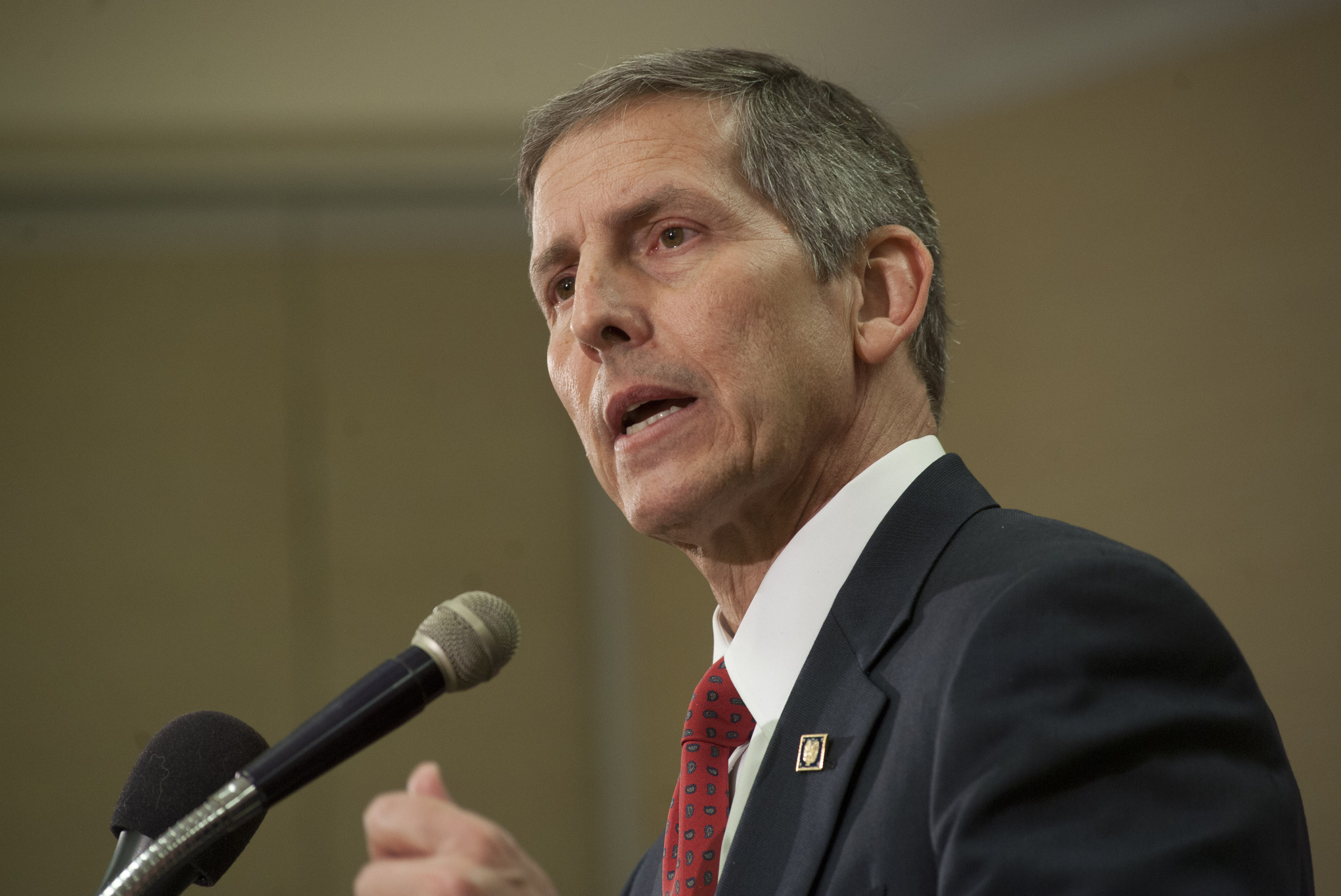 Before Congress passed its own plan, the VA implemented two changes that made it harder to manipulate scheduling records and eliminated the incentive to cheat. First, the VA abandoned its 14-day wait time goal after deeming it unrealistic and a perverse incentive. Second, Acting VA Secretary Sloan Gibson pledged monthly inspections at facilities across the country that will ensure officials are seeing patients as quickly as recorded.

Are people happy with the changes?

No one is completely happy with the plan, as staffers acknowledged in the week leading up to the congressional deal. Michael Briggs, a spokesperson for Senate VA Chair Bernie Sanders (I-VT), said, "We're trying to reach a middle ground that probably nobody will be completely happy with, but it will do a lot of good for the VA and for veterans."

Most of the debate came down to funding. The VA requested $17.6 billion in recent weeks, but the final plan allocates only $5 billion. Sanders and Senate Democrats wanted a number closer to the VA's request, while House Republicans were reluctant to allocate any extra funding outside of general budget debates. 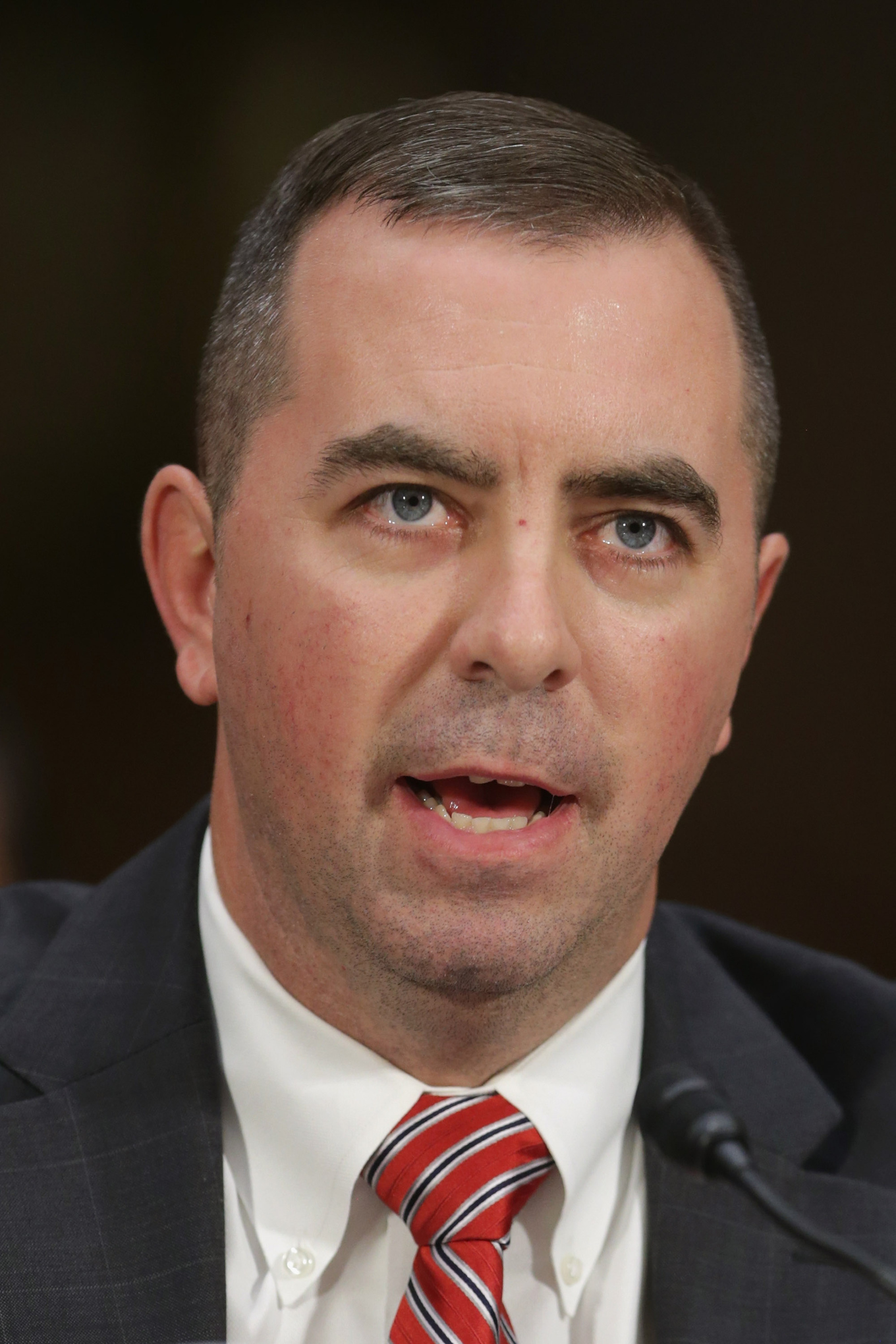 Veterans advocates praised some of the changes. They applauded putting more funding into the VA system, which is something their independent budget proposals have called on Congress to do for years. Several veterans advocates also spoke favorably of the Obama administration's moves to enforce monthly inspections at VA facilities and repeal wait time goals.

Joe Violante, national legislative director for Disabled American Veterans, said that, although his organization would like to see more funding over time, he's encouraged that the plan does include some extra money to build out the VA's capacity. "I think it's a promising first step," he says. "The last thing we want to see is the infrastructure and the [staff] vacancies not taken care of."

But some advocates took issue with the idea of putting veterans into private care. As they see it, veterans are multifaceted patients with all sorts of injuries, both mental and physical, that need a comprehensive, specialized approach that the VA is built to take on. The private system, on the other hand, is structured more for an everyday patient that might deal with fewer physical and mental health problems.

"I'm not sure that our members would benefit greatly from" the private care option, Carl Blake of Paralyzed Veterans of America previously said. From Blake's perspective, veterans with major disabilities, such as the people his organization represents, are rarely going to find the kind of care they need at a private hospital.

The organization Iraq and Afghanistan Veterans of America characterized Congress's plan as a "band-aid" that "will soon fall off." "While there are many good elements to the bill that Iraq and Afghanistan Veterans of America fully support, we are nonetheless outraged that it took the VA scandal to create this kind of urgency in Washington for our veterans," IAVA CEO and Founder Paul Rieckhoff said in a statement. "IAVA maintains that we should not fall victim to the poor standards or low expectations set by the VA and Congress in this matter."

One remaining issue is what Congress will do for the VA in the future. Throughout the congressional negotiations, veterans advocates voiced concerns that Congress would enact short-term fixes and let the system deteriorate after that. In the years ahead, it will be worth watching whether Congress sustains the kind of funding and programs that they approved Thursday.

For a deeper dive into the VA scandal, read Vox's full explainer on the issue: