Britain is having the strangest economic recovery in the world

Share All sharing options for: Britain is having the strangest economic recovery in the world

First, the case for David Cameron: 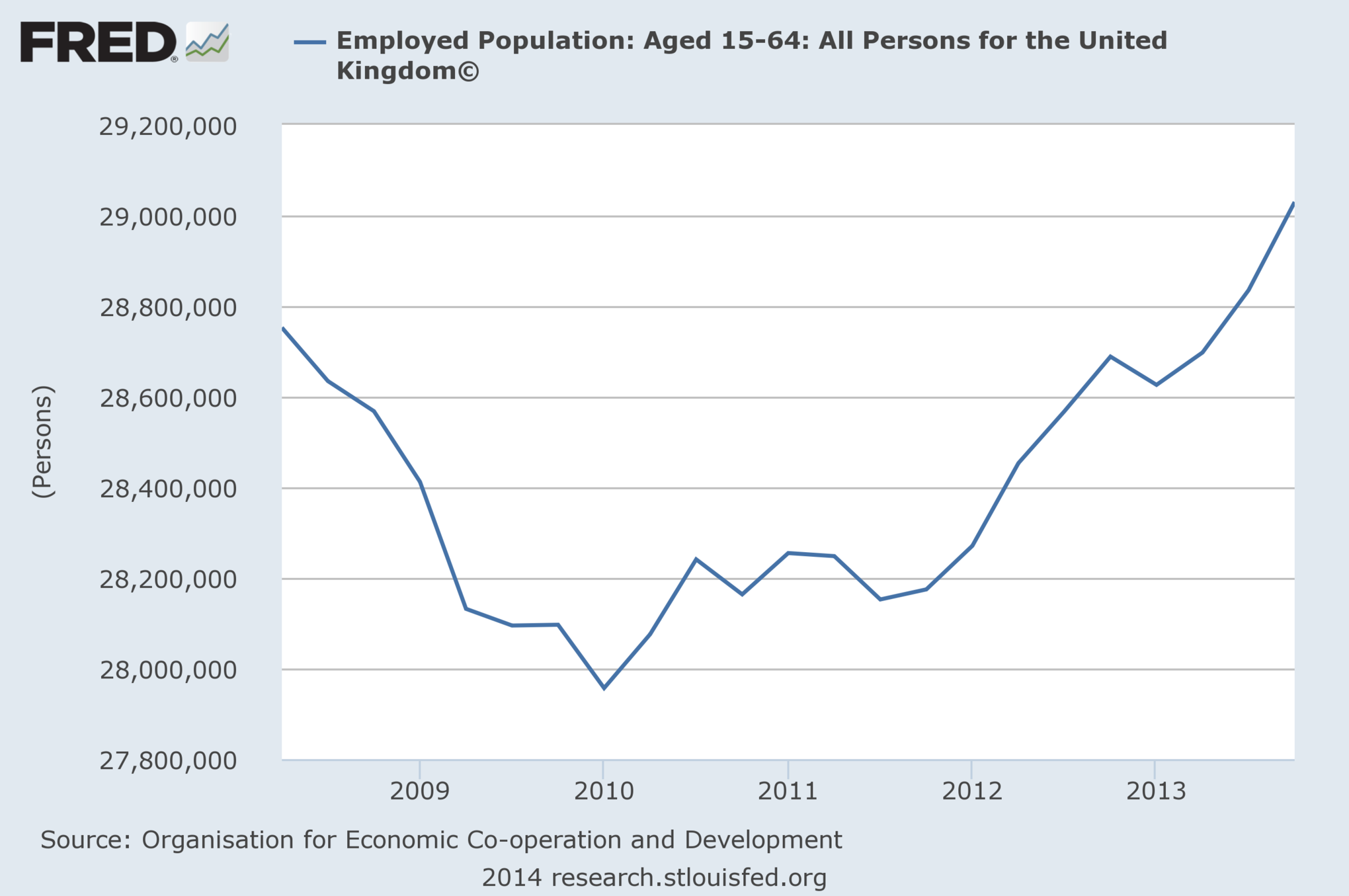 This shows that relative to where the UK was in the first quarter of 2008, there are now slightly more people with full-time jobs. There are also a lot more people with part-time jobs, and there's been an enormous increase in self-employment. Overall the share of the population with a job is clearly above where it was when the recession started. That's a far more robust jobs recovery than the US has had.

But now look at the case against: 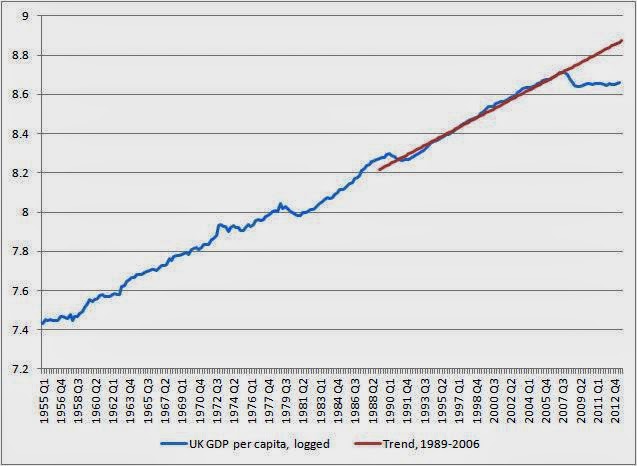 This is a very long time for GDP to recover to its pre-crisis point, and GDP per person is at an almost shockingly low level. This is far worse than the US has done.

There are some different possible interpretations of this. North Sea fossil fuel production is down. Banking has taken a hit everywhere, and it's a huge share of the British economy. Or perhaps the Keynesian story is right — Cameron and Nick Clegg have kept government spending lower and taxes higher than they should have been, depressing output.

What's most interesting, however, is not the dispute but two things that look indisputable. One is that something (or perhaps several things) have gone badly wrong for the British economy. The other is that the Bank of England has managed to get the country to weather that bad stuff without endless mass unemployment. Monetary policy doesn't solve all problems. But the very fact that the UK economy has so many problems, underscores the reality that monetary policy is extremely potent in fighting the particular scourge of unemployment. Here in the USA, productivity and total output have gone much better, but monetary policy has been less aggressive and joblessness is a bigger problem despite a better overall economy.