A systematic investigation of the claims on Lululemon bags

Share All sharing options for: A systematic investigation of the claims on Lululemon bags

Recently, one particular statement on Lululemon's shopping bags caught flack: "Sunscreen absorbed into the skin might be worse for you than sunshine. Get the right amount of sunshine."

This, of course, is blatantly false. But it got us thinking about the rest of the cheery, vague, occasionally judgmental statements that cover Lululemon's bags — which the company calls its manifesto.

Some are subjective, and don't really lend themselves to any kind of rigorous analysis ("do one thing a day that scares you," for instance). But others give the impression of scientific insight — which gave us the itch to start investigating.

Here's the result: a scientific evaluation of what Lululemon tells its shoppers. 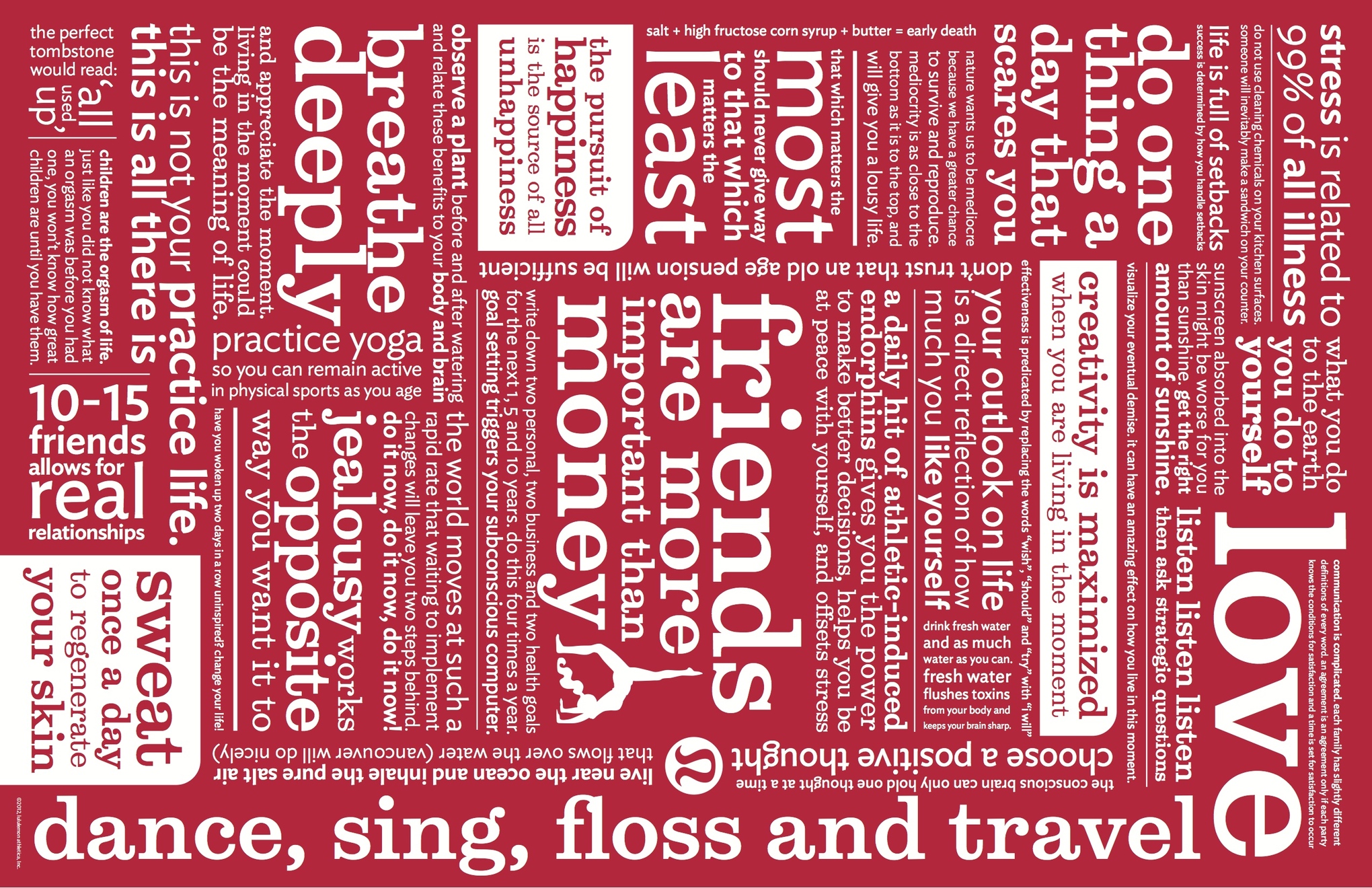 We presume that by "stress," Lululemon means emotional distress — not oxidative stress, a chemical reaction inside the cell that does seem to be involved in the development of many age-related diseases.

But no matter which type of stress they're talking about, this claim is fairly easy to debunk. For starters, about 16 percent of the deaths that occur worldwide are from infectious diseases such as HIV/AIDS, tuberculosis, and malaria — none of which have anything to do with stress.

If we only look at the US, a few of the leading causes of death — including heart disease and stroke — do appear to have some relationship to stress. But there's no evidence that cancer, which causes about 23 percent of all deaths, has any relationship to psychological stress.

Causes of death in the US. CDC

Now, if we talk about illnesses that don't cause death, the picture is murkier — partly because no one collects such detailed records on the distribution of all illnesses. Still, it's very hard to support the 99 percent claim.

While stress does seem to make people more likely to catch a cold and the flu, it has nothing to do with food poisoning, for instance. It's hard to imagine diseases like this don't add up to even a single percent of all illnesses.

2) "Do not use cleaning chemicals on your kitchen surfaces. Someone will inevitably make a sandwich on your counter": Kinda true 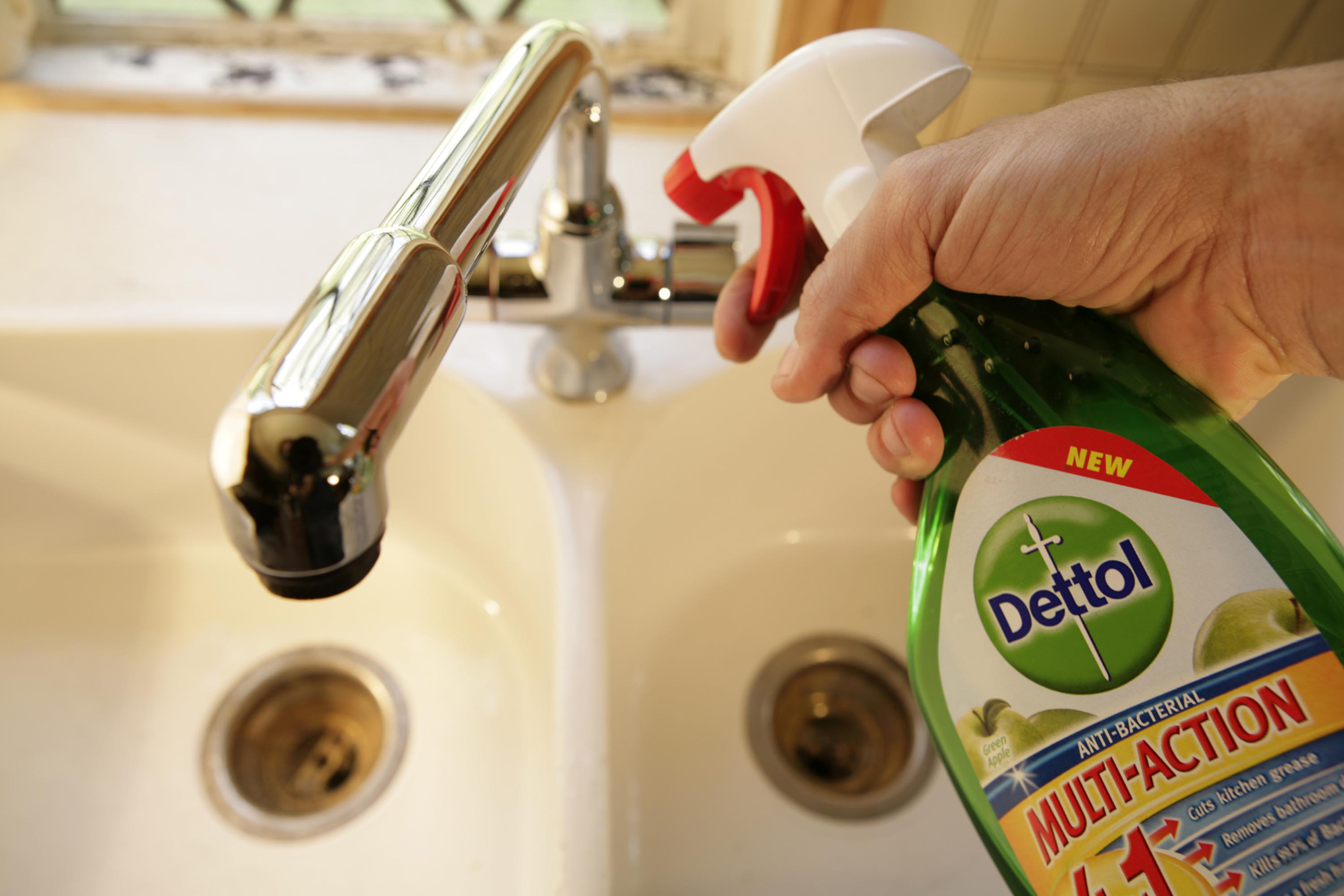 It all depends on what Lululemon means by "cleaning chemicals." Ultimately, everything is a chemical — including water. The use of "chemical" as a shorthand for "bad, artificial substance" is an inexact one.

But if Lululemon is using "chemicals" to refer to antibacterial cleaners, it might be on to something. There are all sorts of reasons why you shouldn't use these chemicals on your kitchen counter.

Research shows that antibacterial cleaners don't work any better than normal soap and water in killing the bacteria and viruses that cause infections, and they may play a role in creating antibiotic-resistant bacteria. They might also act as endocrine disruptors and increase the prevalence of allergies in children.

3) "Nature wants us to be mediocre because we have a greater chance to survive and reproduce": False

This one counts as science-y, because it seems to be referring to the theory of natural selection.

In some cases, that might promote mediocrity (in other words, an average trait), but that's not true on a consistent basis. 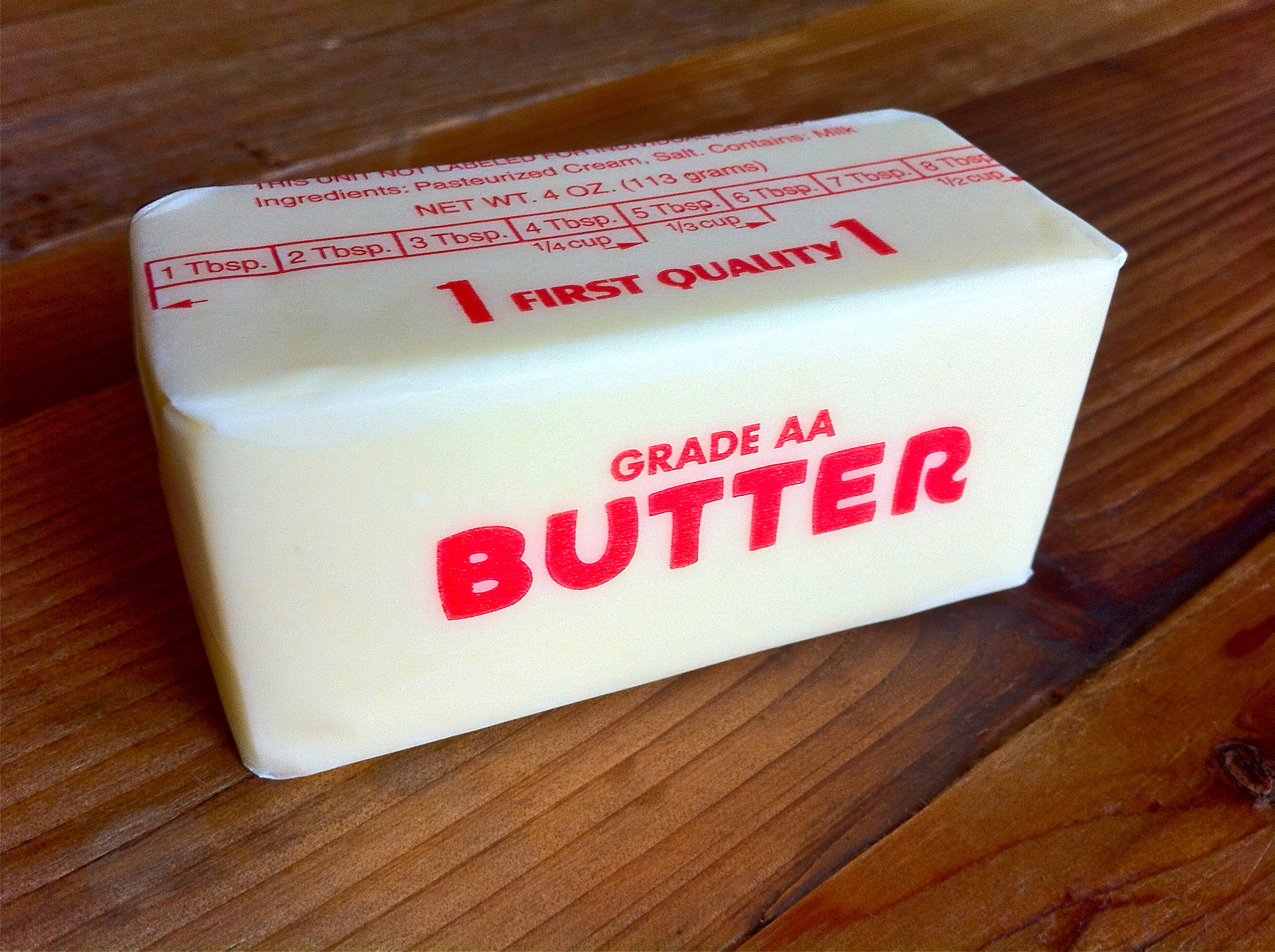 To start, this is a tricky claim because of the vagueness of the phrase "early death." We live much, much longer than our ancestors, mostly because of advances in sanitation, medicine, and nutrition. So, in truth, it's hard to describe dying in your sixties as "early death," compared to how long humans have lived for nearly our entire history as a species.

If we define an early death as living a shorter life than most current Americans, though, the evidence is mostly positive.

For salt, some research has suggested that people with diets that are either extremely high or low in salt have higher mortality rates, which translates to a shorter lifespan. Other work, though, has indicated that the associations are weak, and not enough to justify recommendations for healthy people to cut down on their salt intake. People with other risk factors for high blood pressure, heart disease, and stroke, though, are recommended to restrict the amount of salt in their diets.

if we define early death as living a shorter life than most current americans, the evidence is mostly positive

There's less hard data on butter consumption and mortality than for salt or high fructose corn syrup, but a few different studies have indeed showed that increased butter consumption is linked with elevated rates of deaths due to coronary heart disease, even after adjusting for cholesterol and other factors.

5) "A daily hit of athletic-induced endorphins gives you the power to make better decisions, helps you be at peace with yourself, and offsets stress": False

The belief that exercise triggers the release of mood-affecting chemicals called endorphins is widespread. But the evidence behind it is surprisingly thin.

It dates to the 1970s, when scientists found that if people exercised, levels of these chemicals in the bloodstream rose. But because endorphins don't easily pass through the blood-brain barrier, this finding doesn't necessarily mean that exercise triggers meaningful increases of endorphins in the brain. And this finding hasn't been uniformly replicated in all experiments. More recent research has indicated that exercise does cause increases in positive mood, but it seems more likely to be due to the release of other chemicals, called endocannabinoids.

Meanwhile, even if endorphins do somehow impact the brain when we work out, their specific effects are almost wholly unknown. There's certainly not enough evidence to back up Lululemon's claims of better decision making and reduced stress.

6) "Don’t trust that an old age pension will be sufficient": True 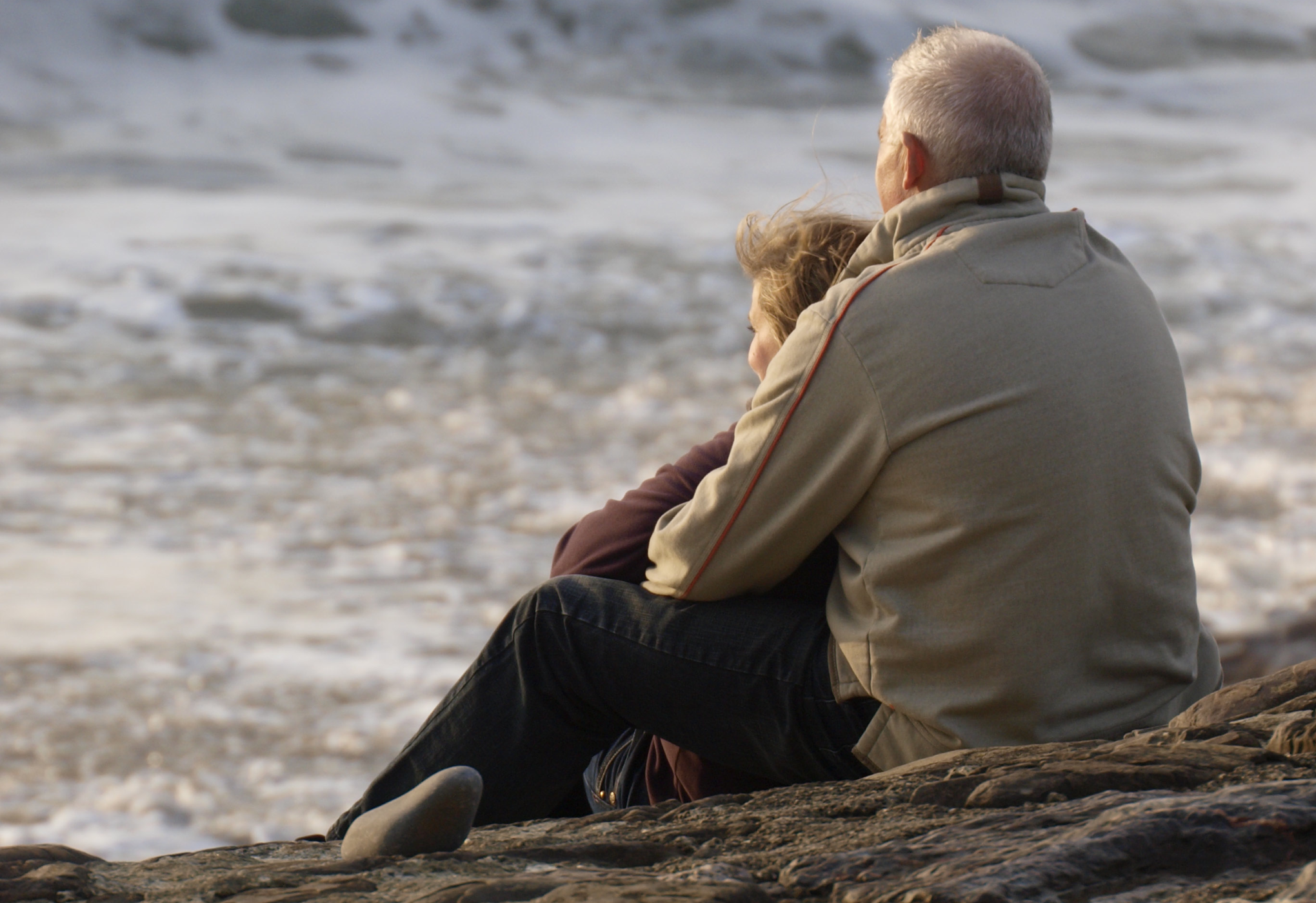 Relying on a pension to fund your retirement is largely an anachronism: pensions have rapidly disappeared in both the public and private sectors over the past few decades, and have mostly been replaced by 401(k) accounts. For most people, trusting that a pension will be enough for a comfortable retirement would be a huge mistake, simply because they seldom exist anymore.

7) "The conscious brain can only hold one thought at a time. Choose a positive thought": True

Whether you want to think positively or negatively is entirely up to you. But there's a pretty strong body of research showing that multi-tasking is a myth — when we think we're multi-tasking, we're really switching from thought to thought extremely quickly.

We can carry out subconscious activities (say, breathing, or changing gears while driving) at the same time as holding a conscious thought, but it appears that simultaneously holding different conscious thoughts or carrying out different conscious activities isn't really possible. And research generally shows that when people do try to multi-task, they end up getting distracted, experiencing more stress, and producing lower-quality results than if they focused on one activity. 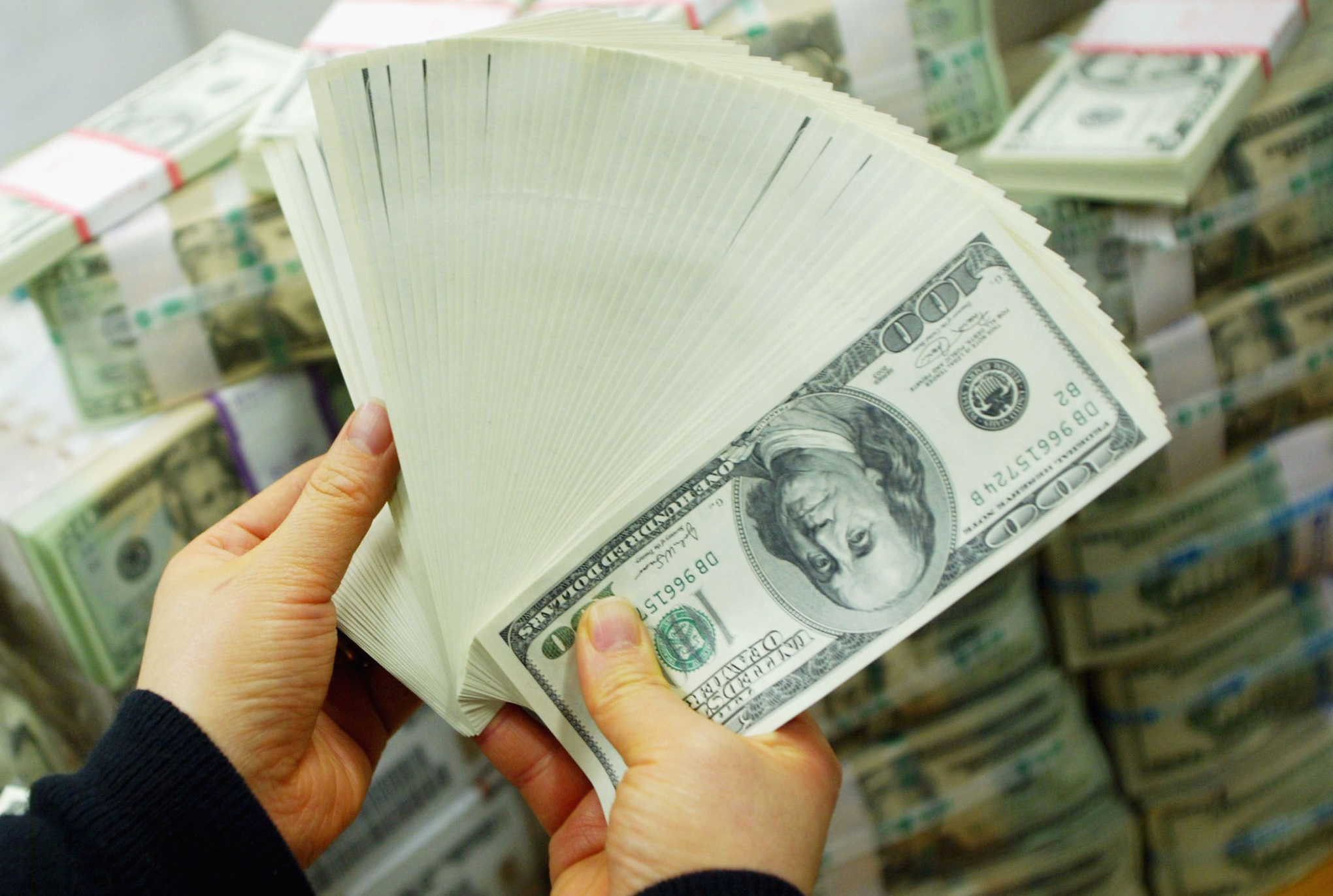 This one may well be the toughest to evaluate. To start, let's take a person's self-reported well-being as the metric for comparing the relative benefits of money and friends.

On the one hand, many studies have shown there's generally a positive correlation between income and a person's happiness. Studies of identical twins show that, apart from family background and genetics, income and wealth do lead to increases in happiness. Windfalls appear to be especially important: people who win the lottery report being significantly happier the next year.

But there's lots of evidence to suggest that it's not a person's raw wealth that makes them happier, but rather how their wealth compares to those around them. And money only seems to increase happiness to a point: the correlation between wealth and happiness is much stronger in poorer nations than rich ones, and in the US, surveys of the country's super rich have shown they're just modestly happier than average people. This makes sense — having shelter and enough food to eat has a huge impact on someone's happiness, but the returns diminish, because having an imported marble floor isn't quite as important. There's also evidence that increased wealth makes people less likely to savor pleasant experiences.

Turning to friends, the research is fairly clear: having close relationships with friends is correlated with higher levels of self-reported happiness and a lower risk of depression. Children and adolescents who spend more time with friends report being happier. Research also shows that having especially close friends is more important for happiness than a broad network of acquaintances.

Unfortunately, few studies have directly compared the effects of money and friends on happiness, so we don't have a clear answer as to the winner. But interestingly, spending money on others appears to generate some of the highest returns in terms of happiness. A safe conclusion is that both friends and money are quite important.