Share All sharing options for: Smiths are from England, Joneses are from Wales

Phillybdizzle at Reddit made this map based on the 1881 Census of England and Wales showing the most common surname in each province: 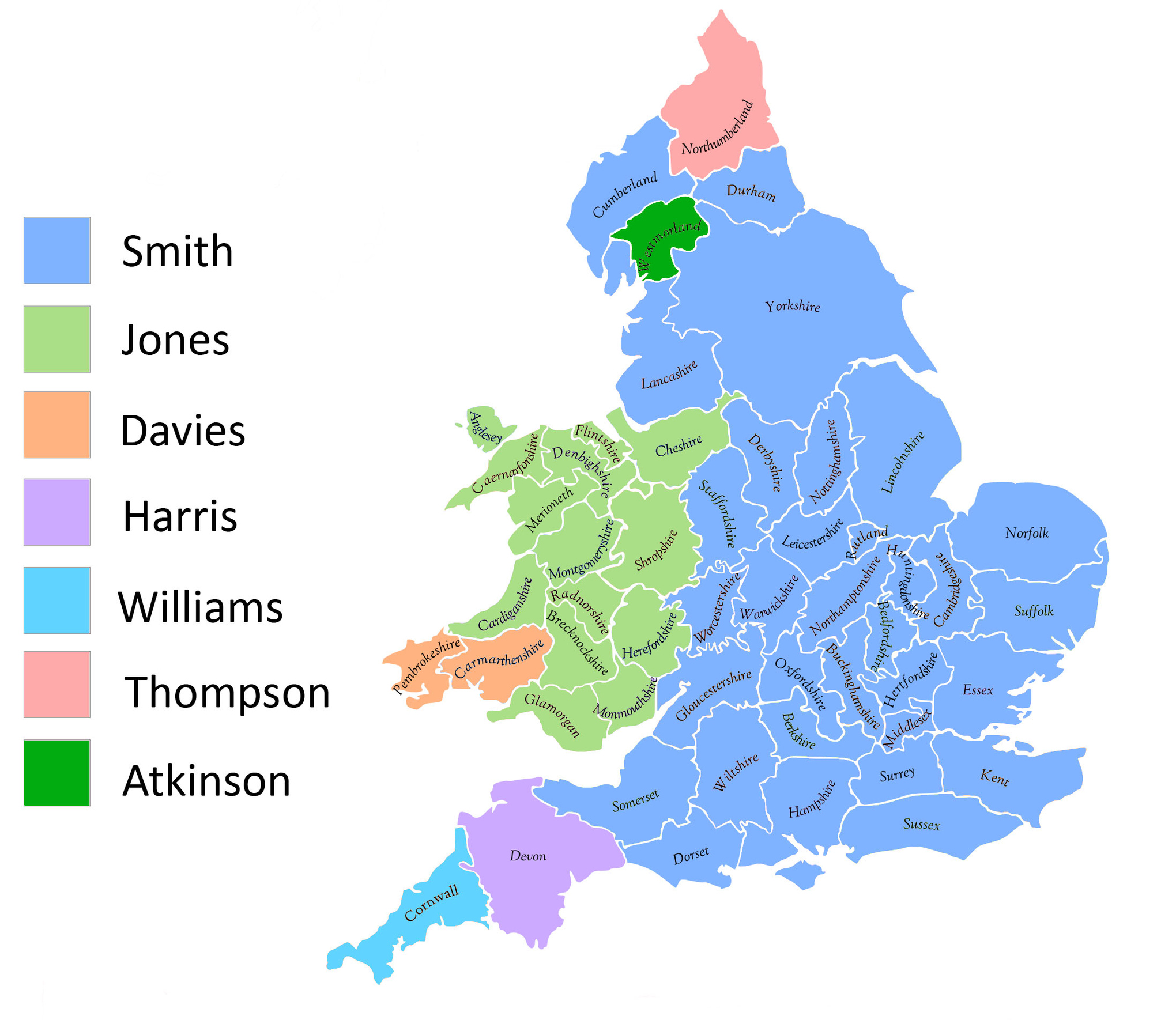 Any American will be familiar with the two most popular choices — Smith and Jones — but what's remarkable is how nearly perfectly the Smith/Jones divide lines up with the political boundary between England and Wales. In the United States, both Smith and Jones play as super-generic Anglo names. But in reality they seem to show pretty distinctively what part of the British Isles your male line hails from.