If you still write checks, you're an endangered species

Share All sharing options for: If you still write checks, you're an endangered species

Remember balancing your checkbook? (And how you hated-doing-it-slash-never-did-it?) If current trends continue, checkbooks are becoming a distant memory for everyone. A study released by the Federal Reserve this week shows that checks are quickly fading away. 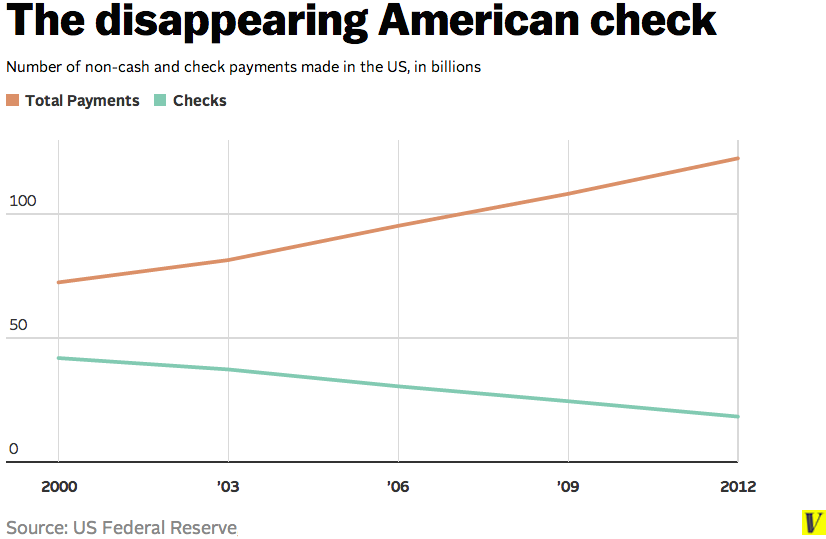 Those few checks we are still writing tend to be big ones. More than 90 percent of that decline is in checks for $500 or less, according to data compiled by Bankrate.com. In addition, nearly half of the total decline was in checks for $50 or less.