Congress had lots of Obamacare fights. Ending some subsidies wasn't one of them.

Share All sharing options for: Congress had lots of Obamacare fights. Ending some subsidies wasn't one of them.

A large press corps covered the health reform debate from its start in 2009. I was, and am, still part of it. We covered the ins and outs of the legislative debate. And much of that debate was about how the subsidies would work.

"Creating a workable subsidy," former Senate aide and current Harvard professor John McDonough writes in his excellent book on the health reform debate, "was one of the most important and difficult policy challenges in crafting a health reform law."

Congress battled over how generous the tax credits ought to be. There was a vicious argument over whether they would cover abortions. But Congress never debated whether they would limit the subsidies to states that built their own exchanges. The subsidies were seen as so fundamental to making the Affordable Care Act work, that, as former Republican staffer Chris Condeluci put it to me, "we never argued over this particular provision."

It's obvious why. Health-care reform was often described as "a three-legged stool." If the government is going to open the individual market to everyone (leg one) and require Americans to purchase coverage (leg two), there have to be subsidies to ensure the mandated insurance was affordable (leg three). Take out any leg of the stool and the whole bill might collapse.

The three-legged stool metaphor was popularized by Jonathan Gruber, an MIT economist who was the architect of the Massachusetts reforms that Obamacare largely copied, and an advisor both to the White House and congressional Democrats while the Affordable Care Act was being crafted. But recently, two remarks he made in January 2012 garnering lots of attention. In both (one more clearly than the other) Gruber suggests that the Affordable Care Act only intended to deliver subsidies in states that set up their own health insurance exchanges.

"I think what's important to remember politically about this, is if you're a state and you don't set up an Exchange, that means your citizens don't get their tax credits," Gruber said in one video clip. 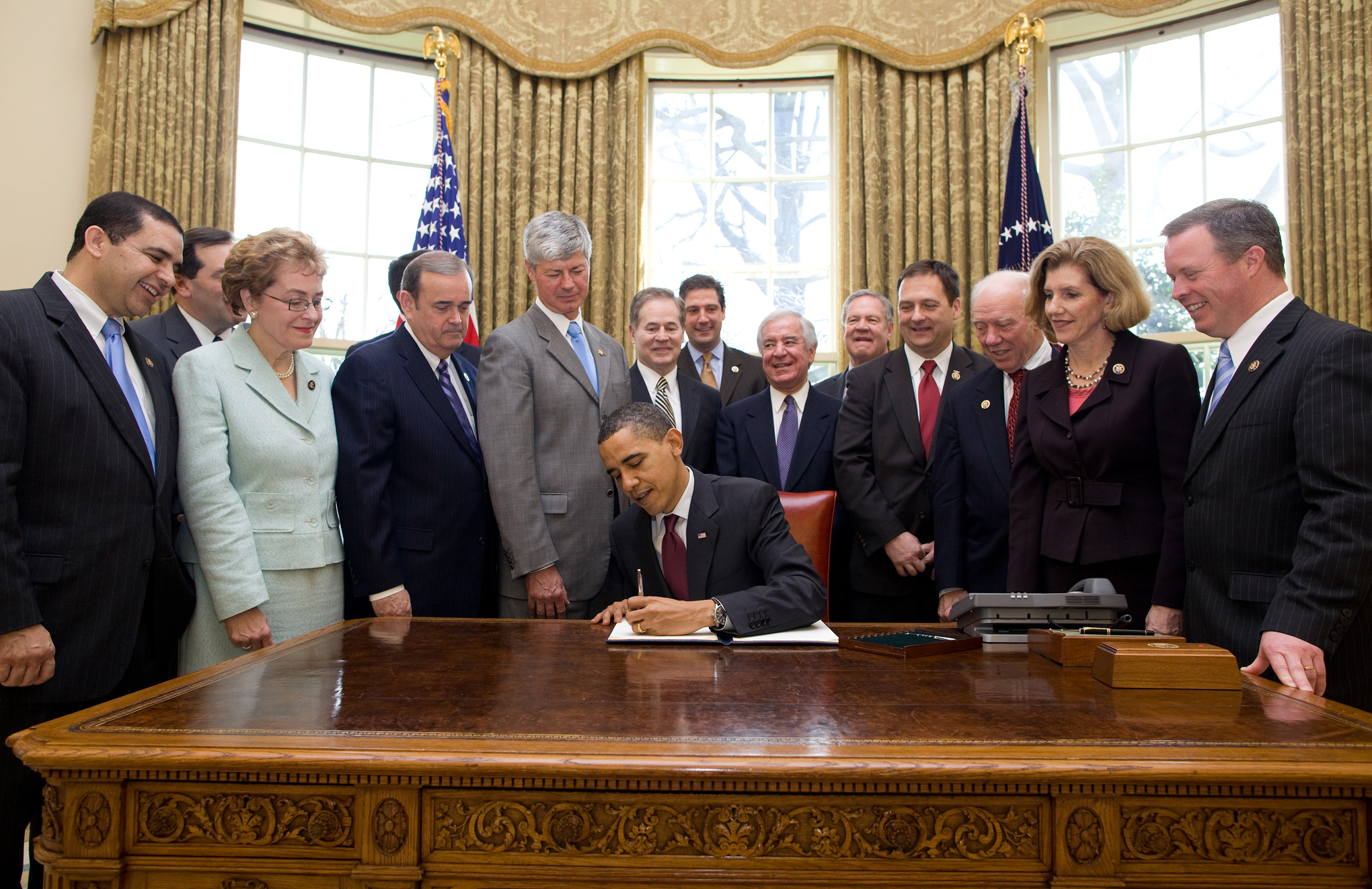 This supports the logic in the Halbig v. Burwell case, where Obamacare opponents successfully argued to the D.C. Circuit court that the Affordable Care Act only intended for shoppers in state-run exchanges to receive financial help.

Gruber has since told the New Republic's Jonathan Cohn that his comments were a "mistake" during an "off-the-cuff" remark. I'm inclined to believe Gruber, largely because I've interviewed him numerous times about threats to the Affordable Care Act, and this idea (which has huge consequences for Obamacare) never came up.

In addition, one of Gruber's main technical contributions during the debate was to help both the Obama administration and the Congressional Budget Office model the outcomes of different changes to the law. Those models always assumed subsidies in all states even as the law's designers knew that some states would have a federal exchange. As Gruber told Cohn:

There are few people who worked as closely with Obama administration and Congress as I did, and at no point was it ever even implied that there'd be differential tax credits based on whether the states set up their own exchange. And that was the basis of all the modeling I did, and that was the basis of any sensible analysis of this law that's been done by any expert, left and right. I didn't assume every state would set up its own exchanges but I assumed that subsidies would be available in every state.

But in the end, what Gruber believed isn't the question in Halbig. The question is what Congress believed.

After covering the debate over health reform since it began in 2009, I feel completely comfortable saying Congress meant for residents of all 50 states to have access to financial help. It was never a question, during the five years I've spent writing about Obamacare, whether this would be case.

it was never a question, in the five years i've covered obamacare, whether all states would get help

One theory advanced recently is that Congress intended to withhold subsidies from states that didn't build exchanges as a way to force them to build exchanges. This doesn't line up with the reality of the Obamacare debate: Congress was convinced that states would want to build their own exchanges. They never thought they would need to coerce governors into doing so.

If you search the archives in Politico, for example, you won't find a single story from the 15 months leading up to Obamacare's passage where governors griped about building exchanges. What you will turn up, somewhat ironically, is a letter that 20 Republican governors sent the White House in January 2010, about 10 weeks before Obamacare passed, praising the idea of state-based exchanges.

Legislators assumed (in hindsight, quite wrongly) that nearly all states would jump at the chance to build a marketplace — and, for the handful who couldn't get their act together, the federal fallback would be a complete stand-in. The idea that the federal exchange would be designed to hurt states rather than help them — forcing states into a dysfunctional health system where residents were forced through the mandate to buy insurance the government wasn't making affordable through subsidies — would have struck the law's drafters as absurd.

"It was always intended that the federal fallback exchange would do everything that the statute told the states to do, which includes delivering the subsidies," Condeluci told me earlier this week.

Since the Affordable Care Act passed, I've spent a lot of time writing about state decisions regarding health exchanges. When I worked at Politico in 2010 and 2011, my entire beat consisted of covering state Obamacare implementation. Lots of states began debating whether or not to set up health insurance exchanges; the issue of whether they might lose their subsidies never came up.

When many states rejected the idea of building their own Obamacare exchanges, they did so knowing that building the new marketplaces was really hard and that the consequences leaving the task to the federal government were tiny. It was, for many governors, a win-win decision: the feds would step in and do everything necessary to run a marketplace if the state didn't build one — and that included delivering subsidies. 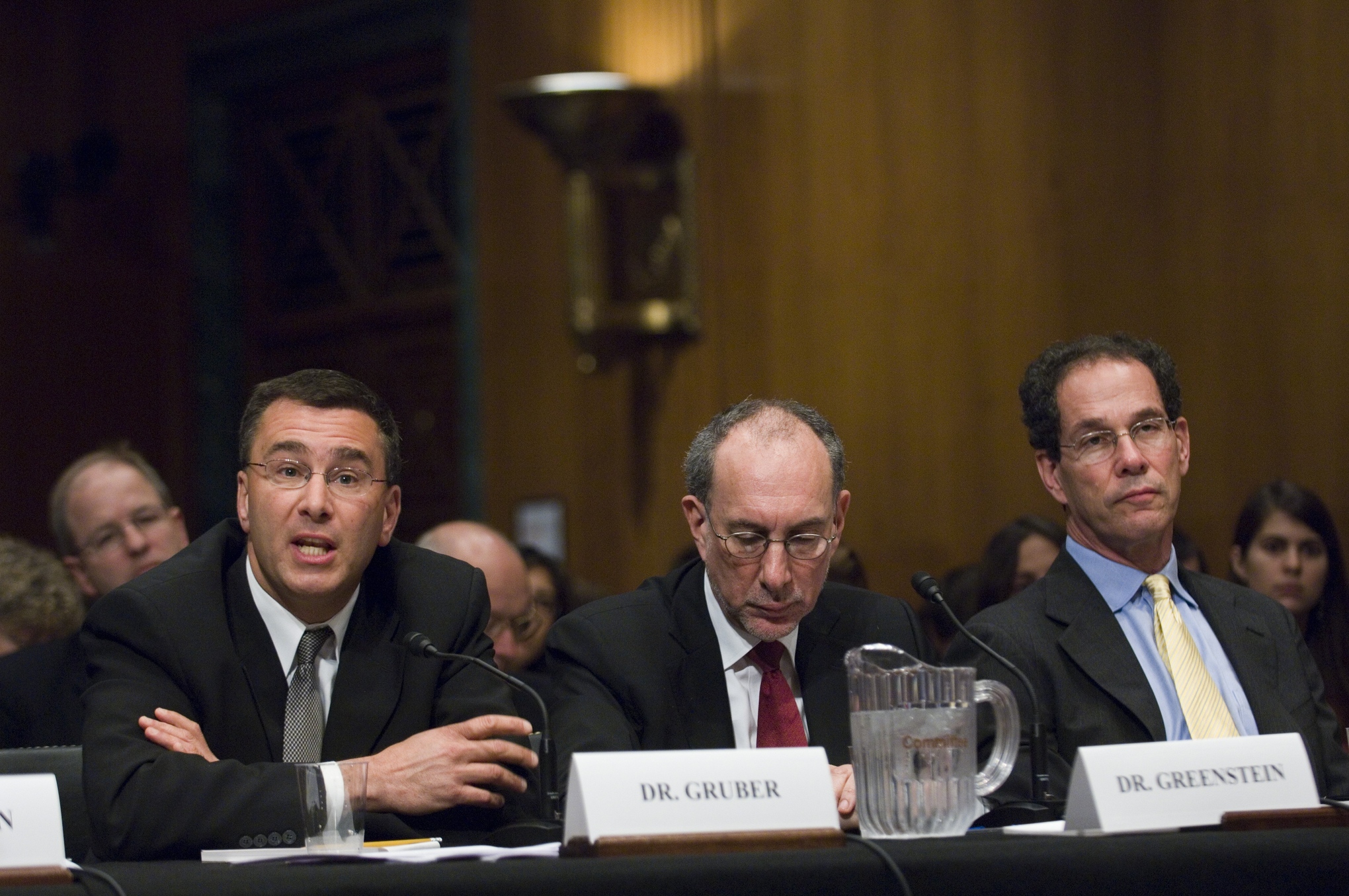 There is reasonable space in the Affordable Care Act's drafting to debate what the text of the law says — a question quite different from what it intends. That helps explain why two circuit courts came to two disparate rulings on the exact same case this past Tuesday.

But as someone who has covered Obamacare and the people who wrote it for five years, the argument that Congress actually didn't know how it intended for subsidies to work rings hollow: legislators knew exactly how the subsidies were meant to work, and they intended for them to work in every state, no matter who built the exchange. That idea was at the very core of Obamacare, and no one drafting or voting for the law intended to betray it.