Share All sharing options for: 8 mostly terrible predictions about millennials from a book published in 2000

The first book on millennials, Millennials Rising: The Next Great Generation, was published in 2000. And it contains a sentence that in hindsight is darkly, hilariously wrong: "For Millennials, the Dow Jones only goes up, people only get wealthier, and America only fights effortless wars."

That didn't last very long into the decade the book calls the "Oh-Oh's."

But 14 years later, pontificating about millennials is as popular as ever. One of the book's many wrong predictions is that the media would lose interest in millennials during the 2010s. And the remaining living author of Millennials Rising, Neil Howe, is still a consultant in demand for his ability to explain the youth.

Here's what Howe and his co-author, William Strauss, predicted about millennials in 2000 — and what actually happened.

1) Millennials will be more religious 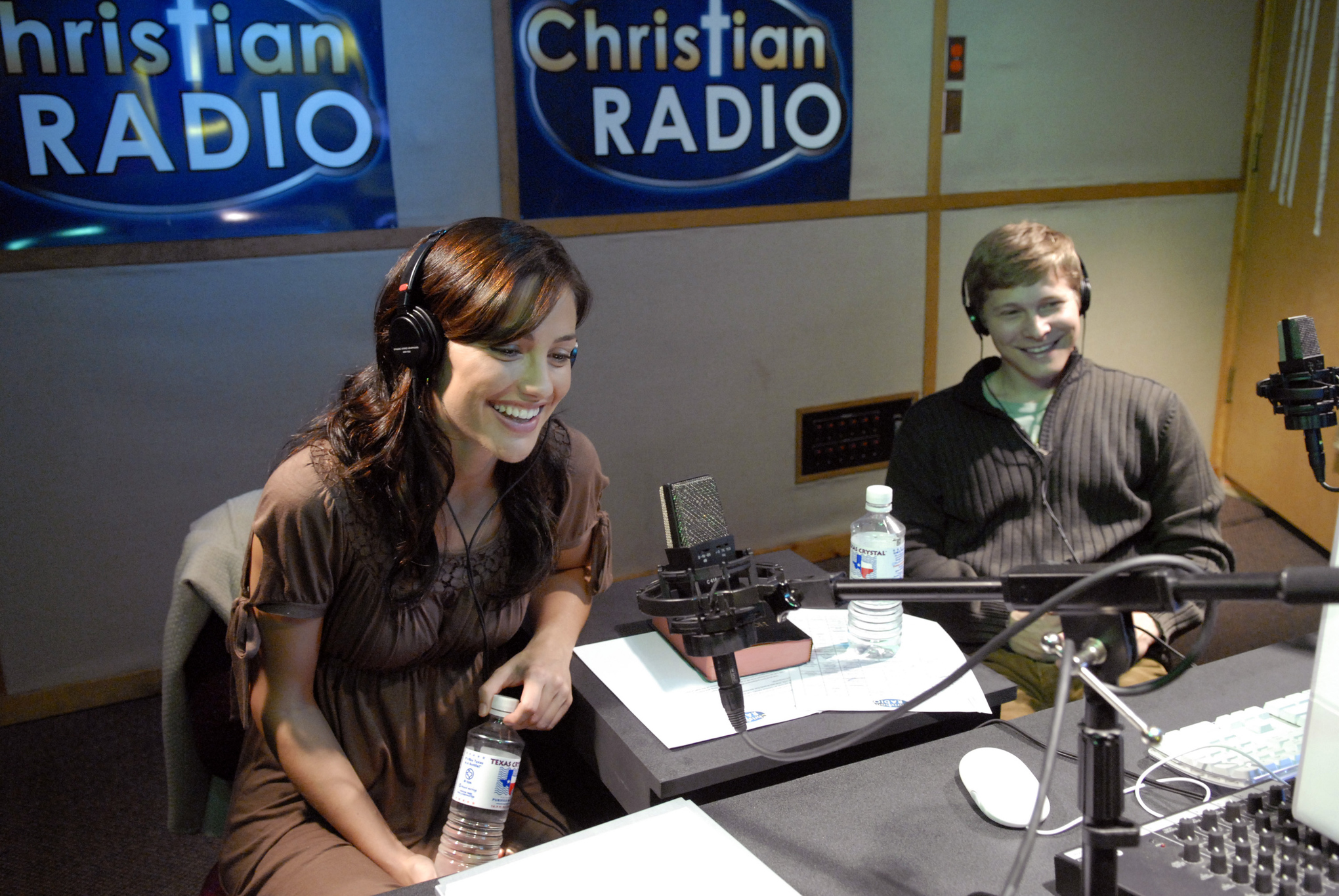 Christian '90s youth culture isn't left out of Millennials Rising, which can read like an ur-BuzzFeed list of '90s nostalgia. The section on religion name-checks Veggie Tales, high school prayer circles, the Jewish group Kadima, True Love Waits, and WWJD bracelets, all in about two sentences. And the authors argue that the growing power of religious pop culture from millennials' childhood was making them more intensely and vigorously religious than their parents.

Nope. By 2014, millennials were less likely to believe in God than any previous generation, according to the Pew Research Center: 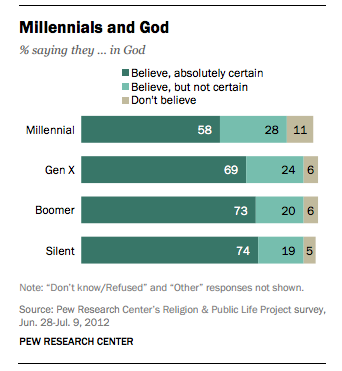 Just 36 percent said they would describe themselves as "a religious person." 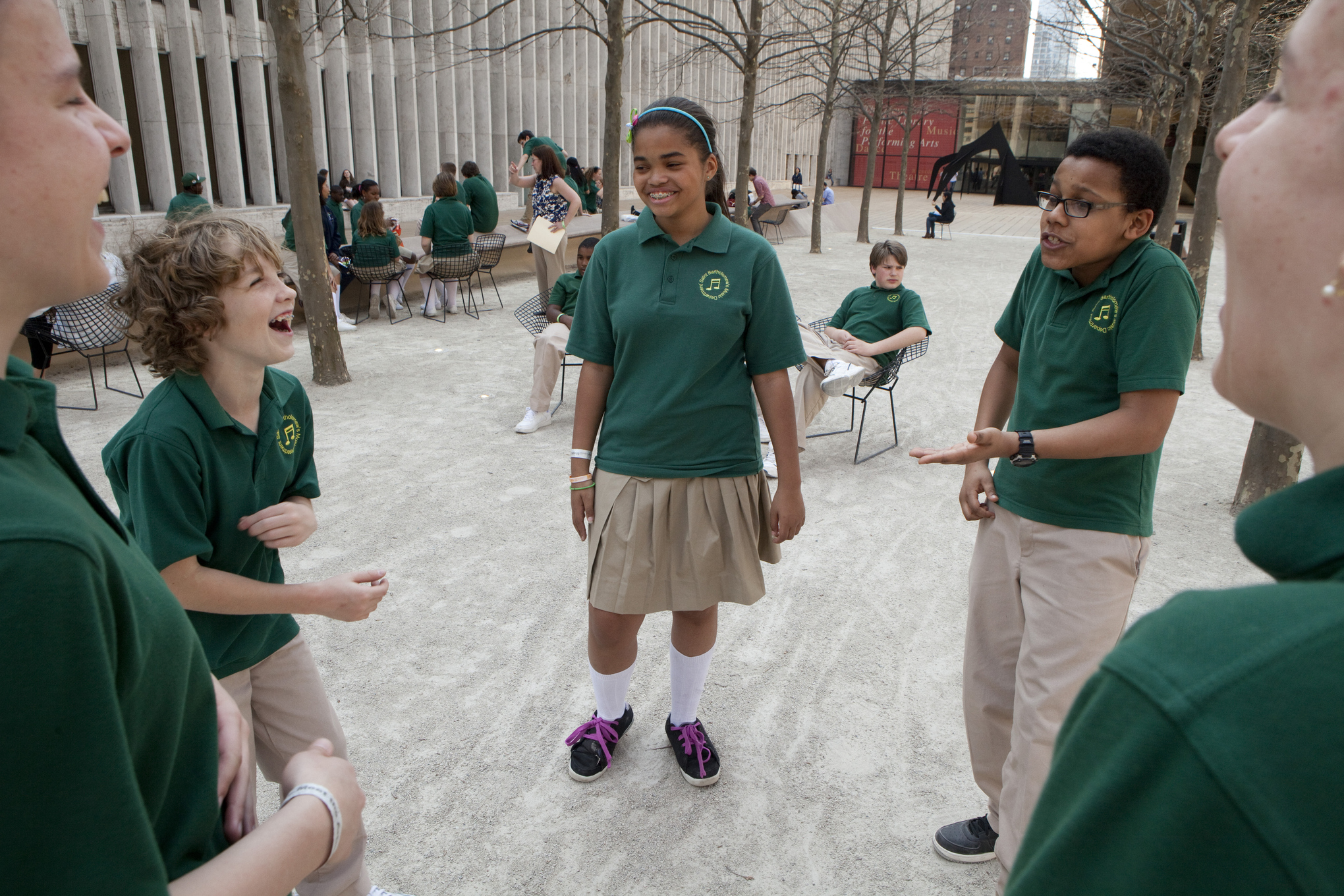 The book's fixation on school uniforms is bizarre, mentioning them dozens of times. "Future historians," they write, "may look back on today's school (and soccer) uniforms as harbingers of monumental deeds that came later."

School uniforms were a Bill Clinton special — the president encouraged schools to use them to stop teenagers from "killing each other over designer jackets" — and the authors are convinced that uniforms would influence an entire generation to be more collectively minded. (Maybe the reason they didn't is that while school uniforms got a lot of political attention in the '90s, just 14 percent of schools required uniforms in 2003.) The millennial version of the emblematic '60s musical Hair, they suggest, could be staged as "a Busby Berkeley ballet in metallic-blue uniforms."

To be fair, the millennial Hair might not have been written yet, but even amid the rampant nostalgia for childhood, uniforms are hardly ever mentioned. 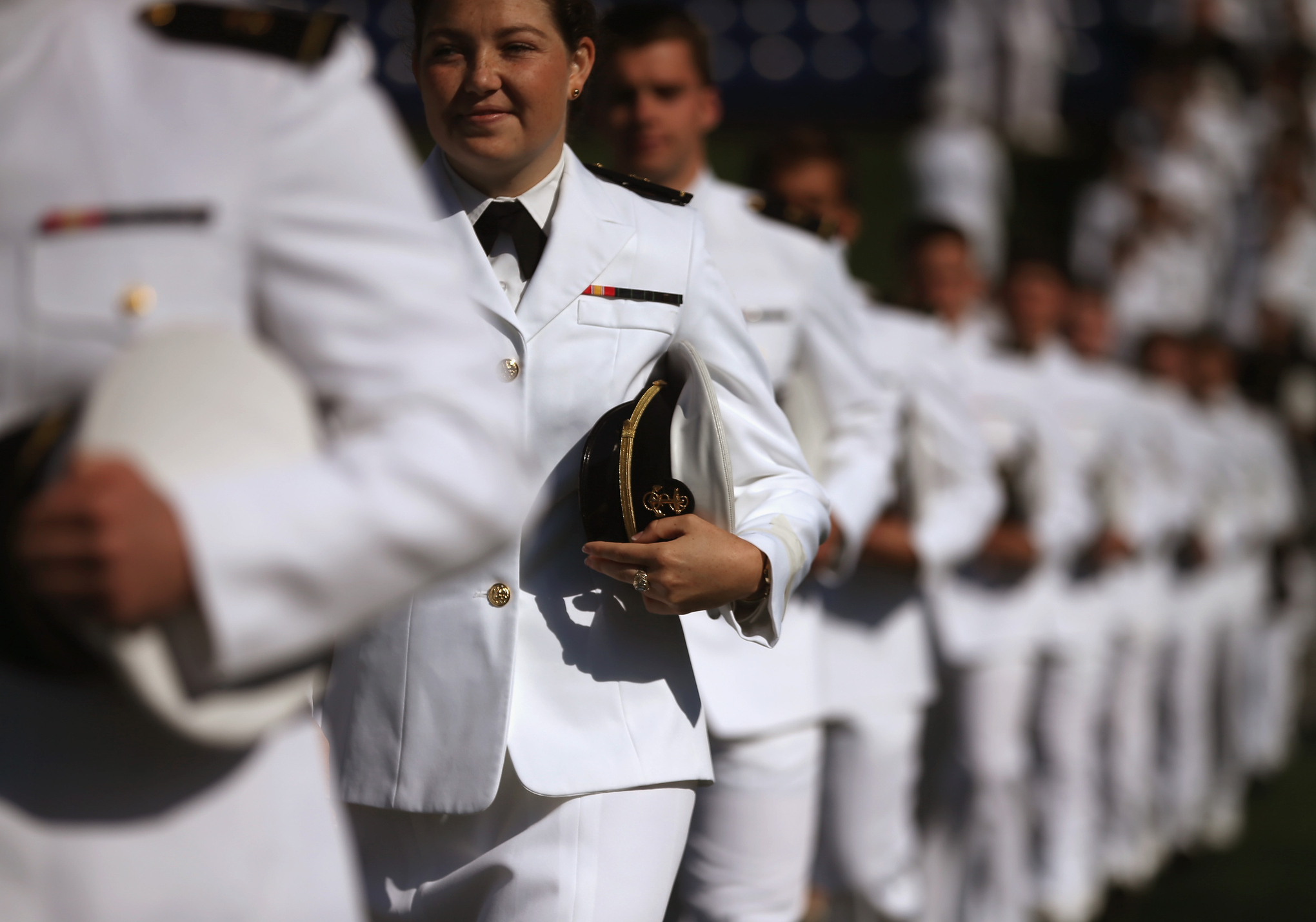 The US Naval Academy commencement exercises in 2014. (Mark Wilson/Getty Images)

Not every prediction in the book was terribly, laughably wrong. Some were just sort of wrong. The authors guessed that as millennials reached voting age, proposals for mandatory national service would gain steam — propelled by the generation's famed fondness for community service — and the military will enjoy a resurgence throughout American life. (School uniforms played a big role in this argument too.)

Instead, while millennials still think volunteering is pretty great, their trust in institutions is at a historic low. The military is doing better than most other institutions, but the majority of millennials don't trust it to do the right thing, according to a poll this spring from Harvard University's Institute of Politics. 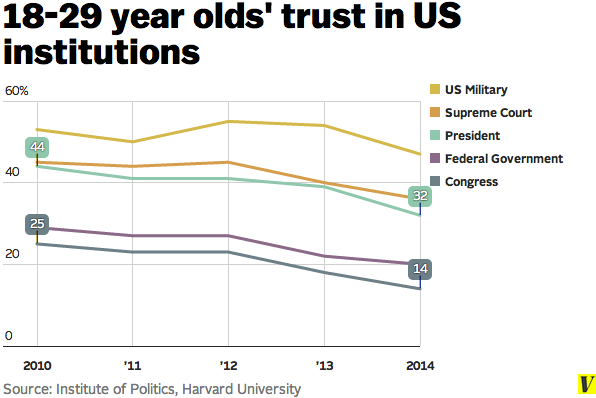 They're also less likely to describe themselves as patriotic than previous generations. Youth voter turnout, though, has risen since 2000 — a trend the book predicts. 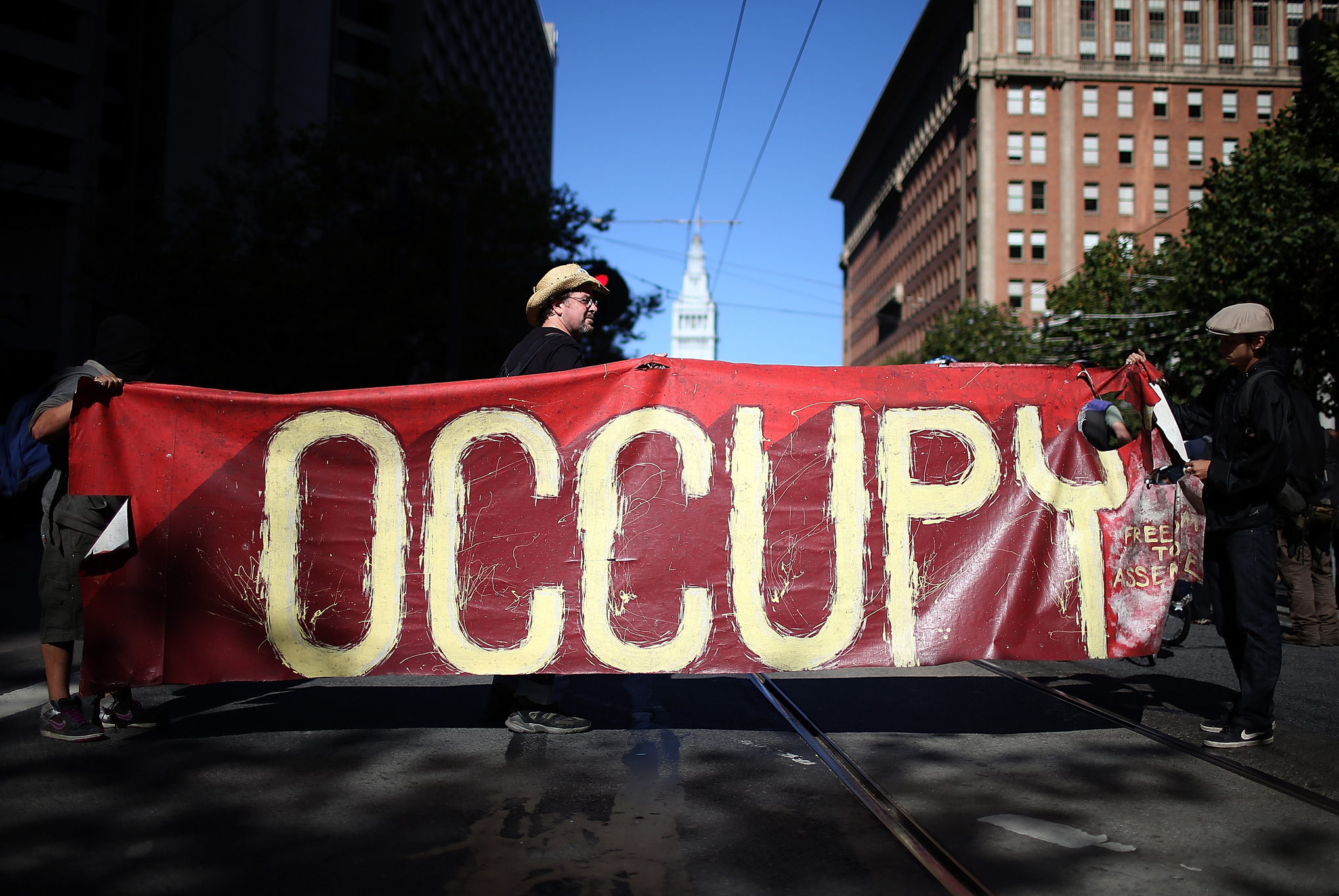 Okay, some predictions weren't wrong at all. Millennials Rising originated the "next Greatest Generation" and "over-coddled helicopter-parented kids who think they're special" tropes we still see today.

It also predicted the rise of income inequality as an important political issue. "Millennials see income fragmentation," the authors write, later continuing: "For all families with children, the income ratio between the poorest and richest has nearly doubled over the last twenty years. So where Boomers discovered the "yuppie" on the edge of midlife, and Gen Xers stepped into the 90210 world coming of age, Millennials have opened their eyes as children to see this trend already in place."

As for what might be done: "They might rebel against today's spreading gap between rich and poor not just by urging new public policies, but by enlisting themselves in an ugly class warfare," the authors write, predicting a talking point of the 2012 election with uncanny accuracy. (Although, as we'll see, they might have meant "warfare" more literally.) 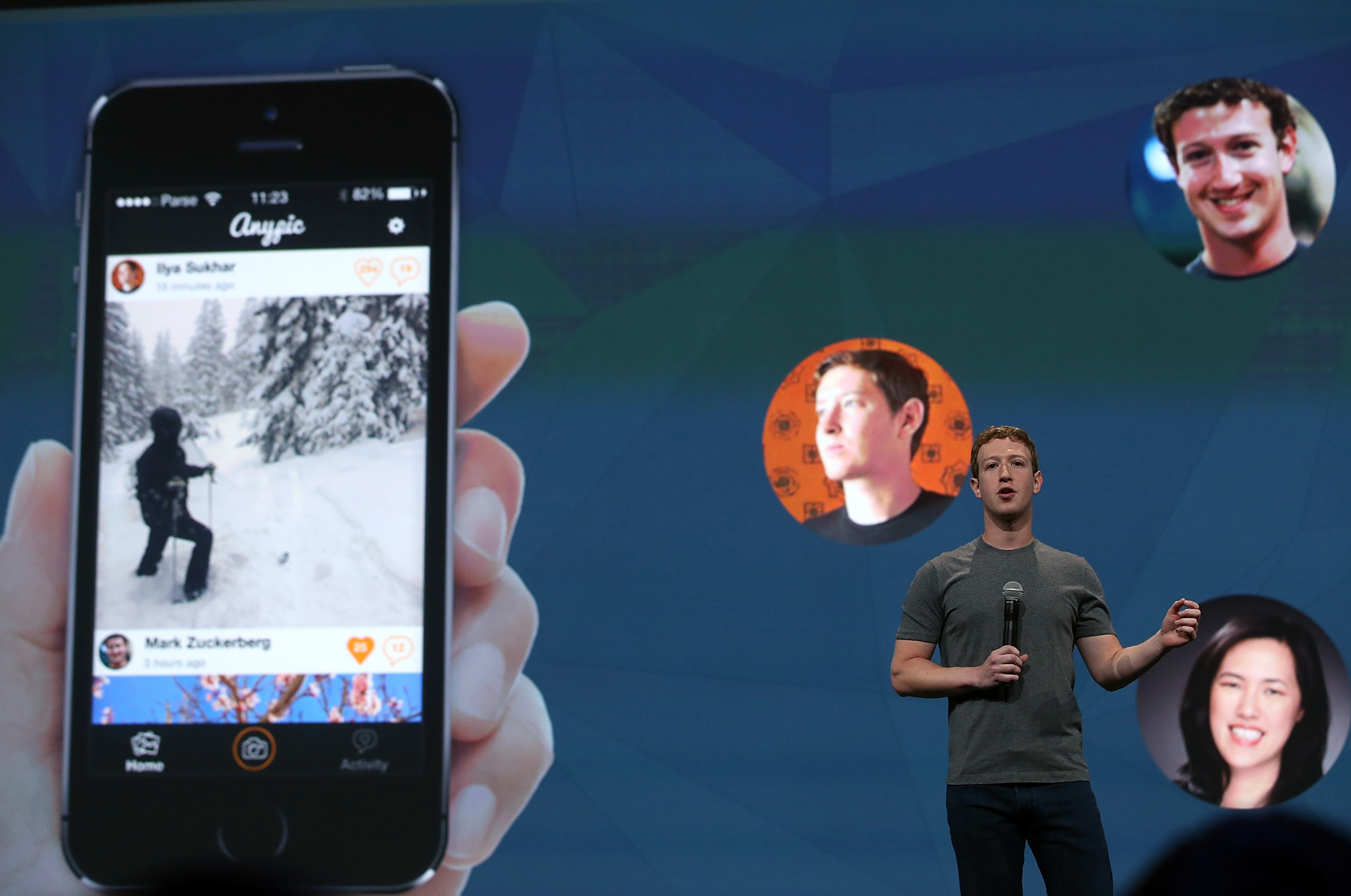 The teens of the year 2000, the authors write, were "not bracing to be quite as footloose or entrepreneurial as Gen Xers. … Entry-level youths will be attracted to solid companies with career ladders and standardized pay and benefits. … They will be less attracted to consulting, contracting, temping, freelancing, or new business startups."

One of those teens was Mark Zuckerberg (born in 1984). Colleges now offer 5,000 courses on entrepreneurship. A poll from Young Invincibles found more than half of millennials either want to start their own company or already have. 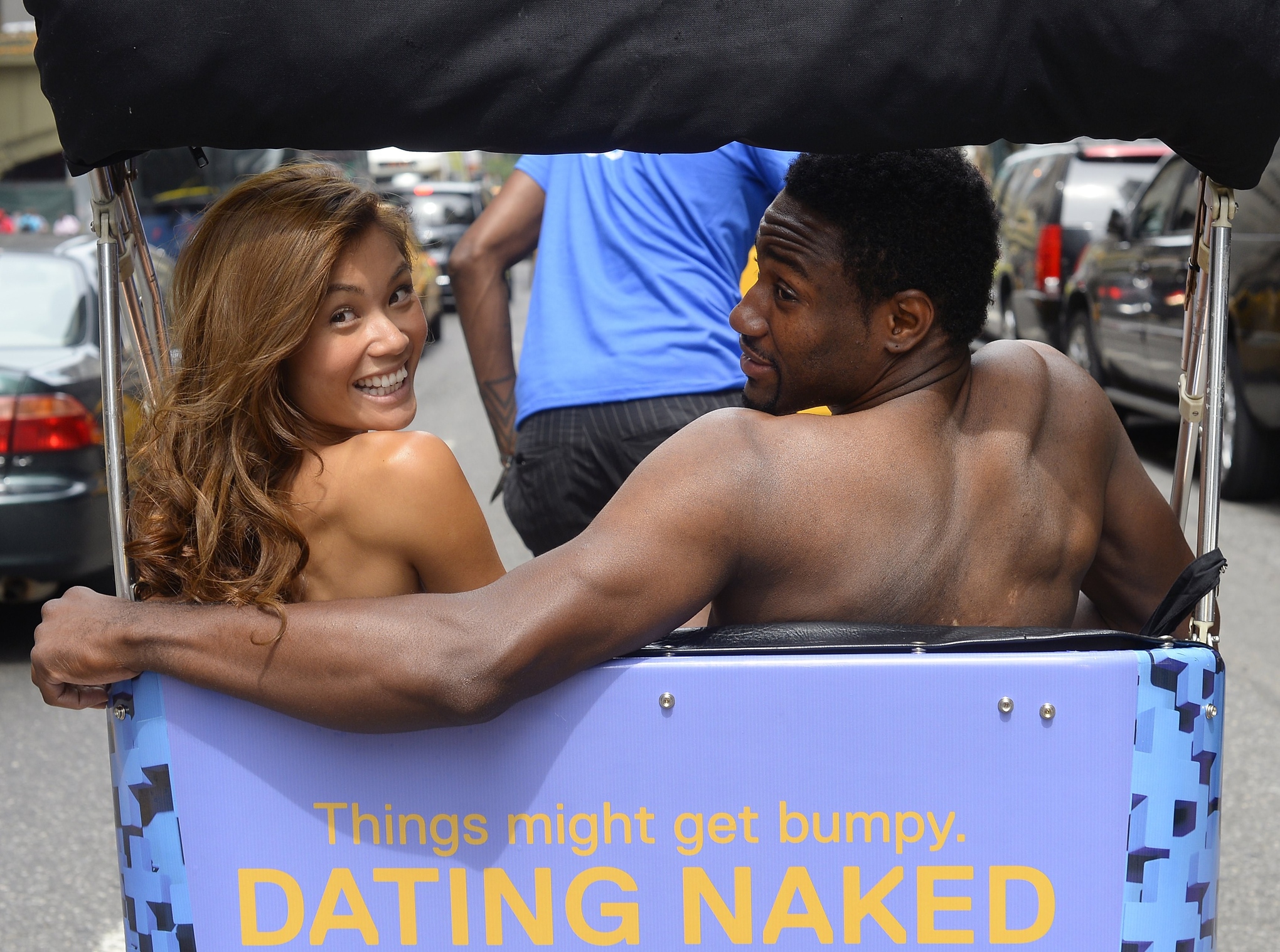 This is perhaps not what the authors meant by "strip the singles scene." (Timothy A. Clary/AFP)

"Postadolescents will strip the singles scene of much of its current edginess and danger by placing a new emphasis on manners, modesty, and old-fashioned gender courtesies," they wrote. "They will introduce courtship rituals that stress reciprocal duties and deference to parents — modern variants of the young prince delivering a dragon's head to the father of his beloved."

Instead, we got a moral panic over campus hookup culture — whether or not it actually exists — and a New York Times article headlined "The end of courtship?" Although Match.com had been around for five years when the book came out, the authors seemingly never considered that young people might want to meet partners on the internet.

7) Millennials will marry earlier and have children earlier 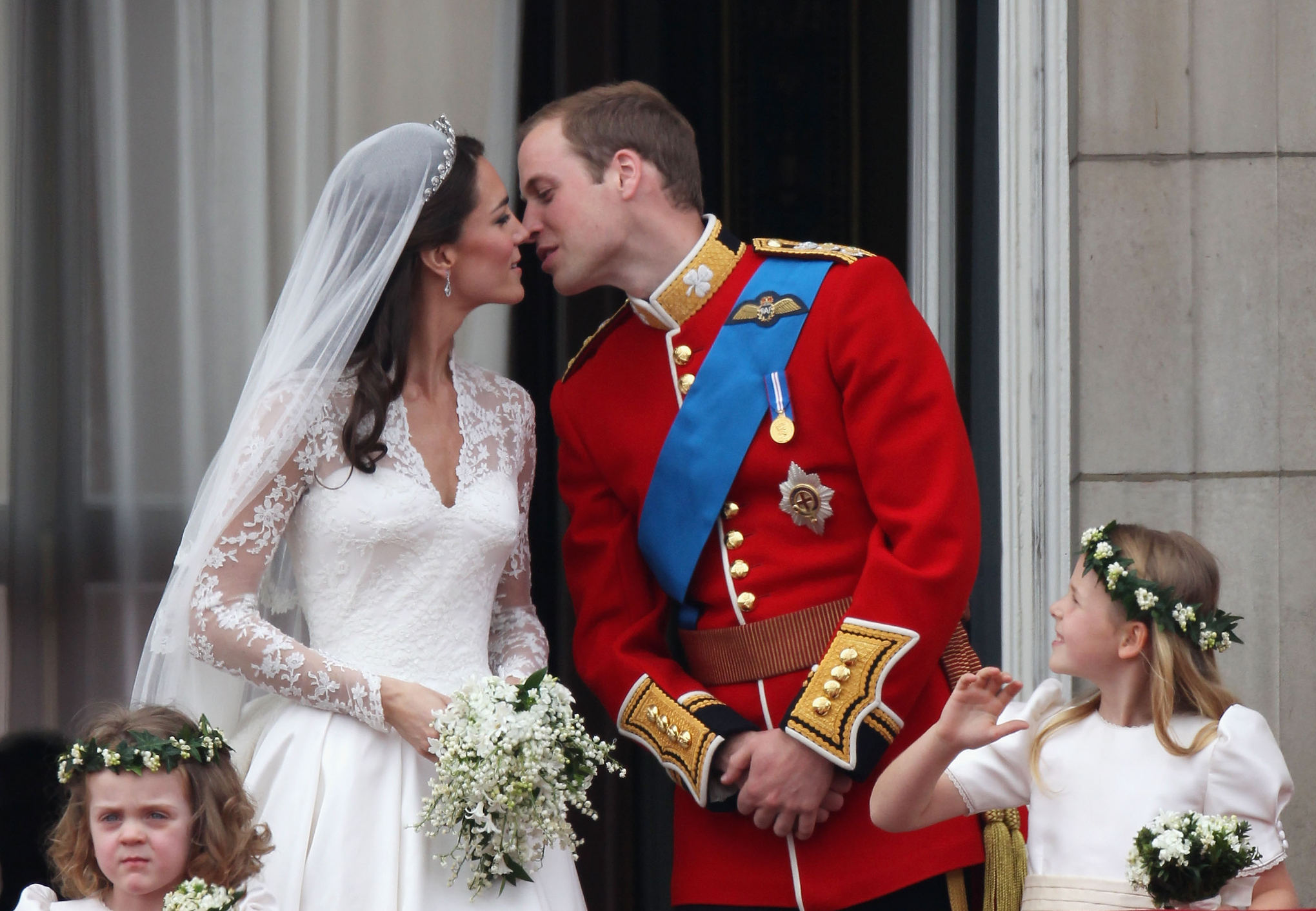 This is pretty definitively not happening, as this chart shows: 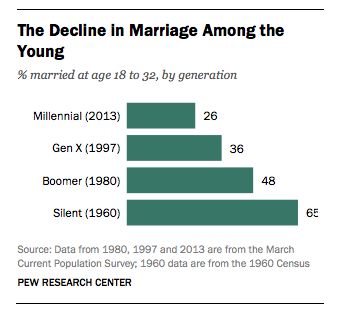 8) If a crisis of historic proportions occurs, millennials could create a form of 21st-century fascism 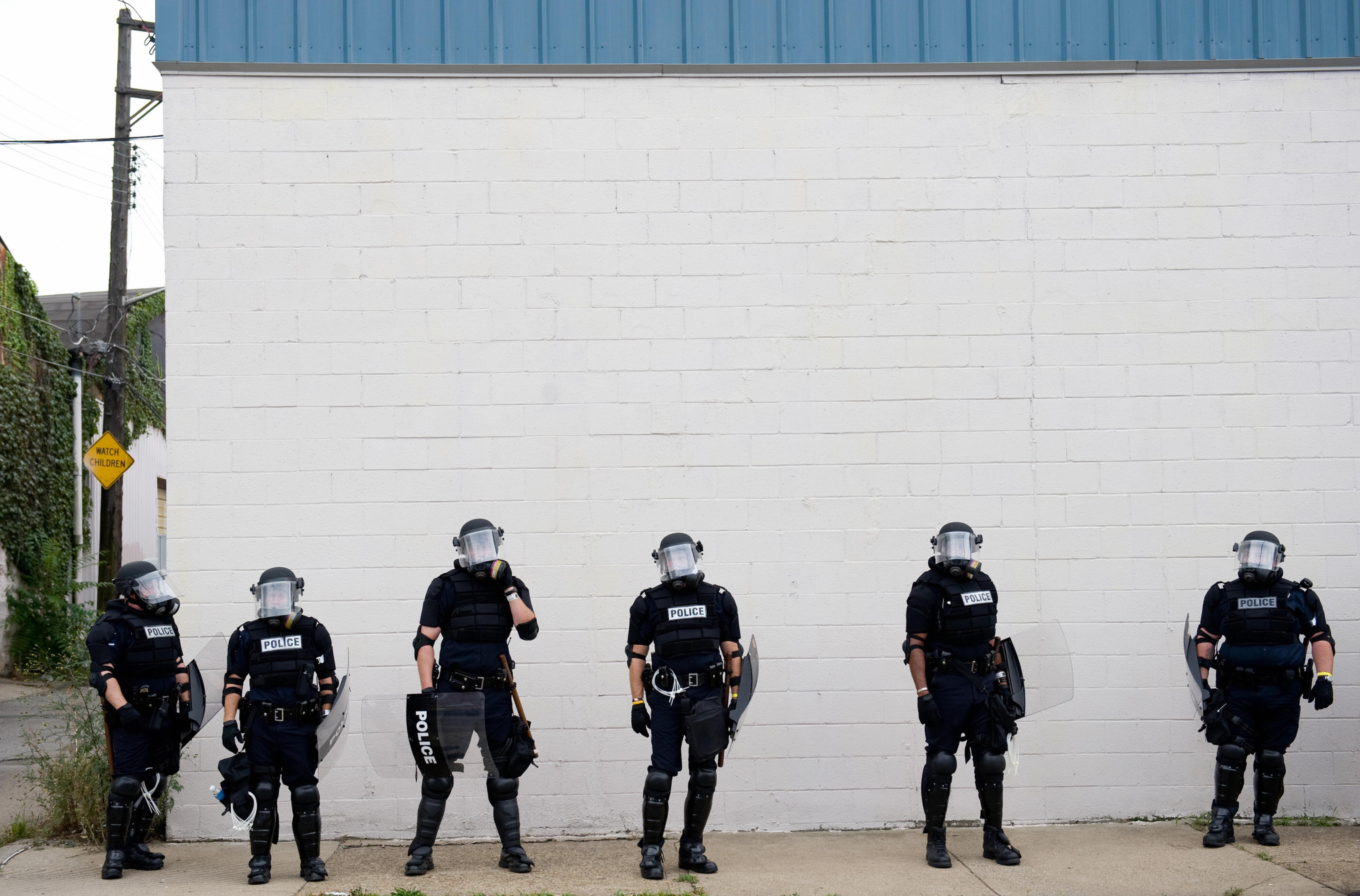 Riot police during the G20 summit in Pittsburgh in 2009. (Saul Loeb/AFP)

The two historic events that so far define the millennial generation — the 9/11 attacks and the recession of 2008 — were still in the future when Millennials Rising was published. So perhaps it's not fair to criticize the authors for not foreseeing them.

But the authors believed millennials would confront transformative historical events. "Sometime around the middle Oh-Ohs — maybe a few years before or after, but in any case when first-wave Millennials are somewhere in their twenties, a spark of history will ignite a public response quite unlike what it would have touched off in most earlier decades," they wrote. "These next sparks could prompt enough of a reaction, and such a powerful mood shift, that America would embark on an era of crisis that could last into the 2020s."

On the other hand, they warned, things could turn out very badly. They suggested millennials might demand censorship of pop culture (based on a cultural conservatism they observed in today's 20-somethings as kids), "aggressive militarism," class warfare, and a "high-tech authoritarianism."

Presumably, some of this would be the fault of school uniforms.