'Days of Rage': The strange history of the term Palestinians use for protesting Israel

Share All sharing options for: 'Days of Rage': The strange history of the term Palestinians use for protesting Israel

West Bank Palestinians demonstrating this week in solidarity with Gaza are calling for a "day of rage" today across the West Bank and East Jerusalem, by which they mean protests against Israel's week-long invasion of Gaza. Large-scale demonstrations erupted on Thursday in the West Bank; today is also Quds Day, an Iranian annual day of solidarity with Palestinians (Quds means Jerusalem) that is observed by many Palestinians, so the "day of rage" is expected to be big.

This is far from the first day of rage. The term, which will be familiar to anyone who has covered or been within five miles of an Arab Spring protest, has been used across the Arab world to refer to anti-government protests, typically held on a Friday, after end-of-week prayers. And, while not every protest or Friday protest in the West Bank is called a day of rage, it's been used especially by Palestinians for protesting Israel's occupation.

'All of a sudden it came to me'

Why is it called a "day of rage"? Where does the expression come from and why is it so widely used in the Middle East? The answer is not settled history, but the most commonly accepted account is not what you might be expecting, a strange story of cultural cross-pollination.

The first uses were actually in the United States 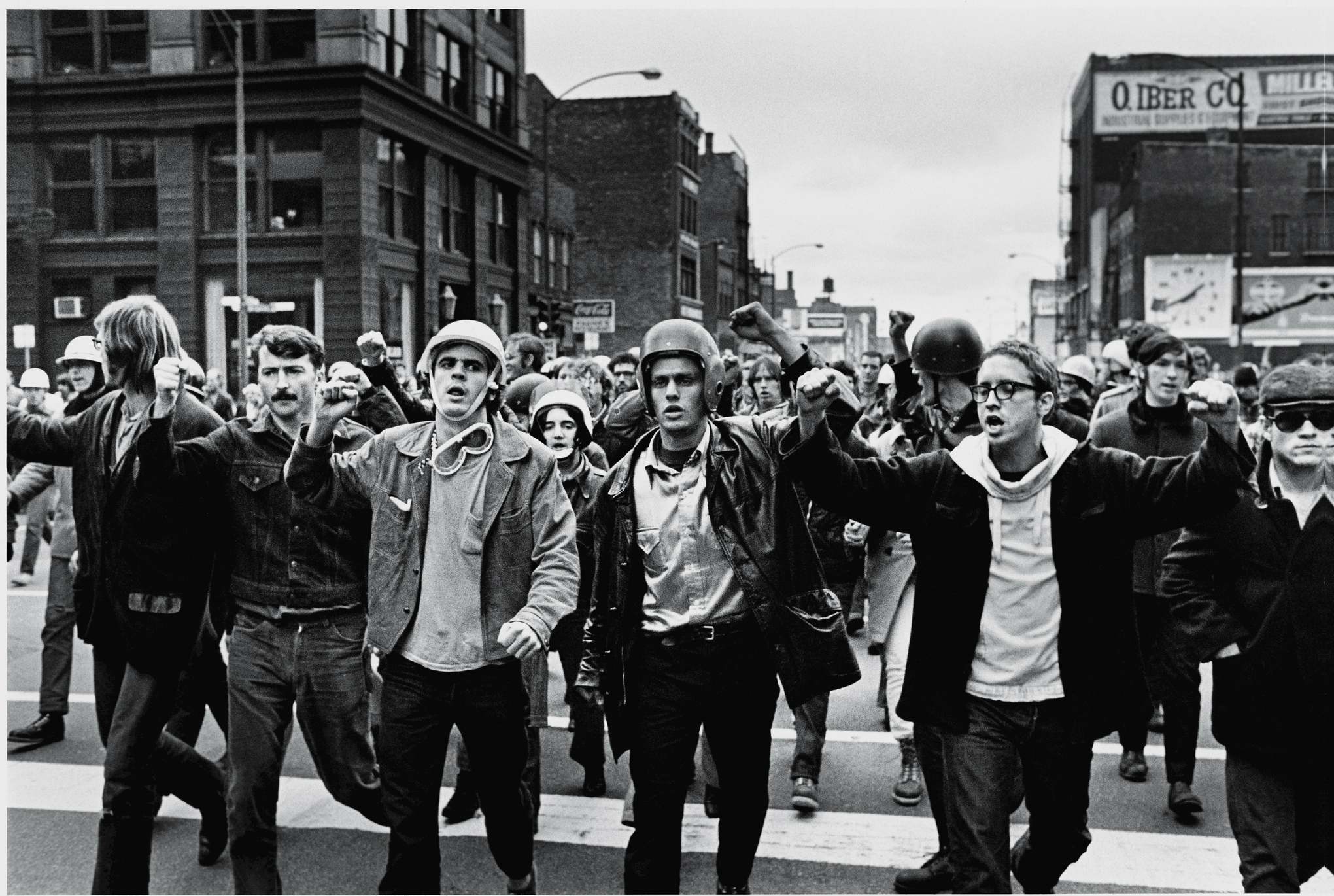 The term was first widely used not in the Middle East but in the United States, by the 1960s leftist student movement called Students for a Democratic Society, particularly the militant leftist group Weather Underground. They used "Days of Rage" to organize October 1969 violent protests in Chicago against the Vietnam War. But it turns out that this incident, though famous in the US, likely has no direct connection to the days of rage now common in the Middle East.

The contemporary Middle Eastern use of the term may, strangely enough, still originate with the United States. That's according to a comprehensive investigation into the phrase's history by NBC News's Petra Cahill, who traced it back to a 1989 PBS documentary about Palestinian views of the Israeli occupation, called "Days of Rage: The Young Palestinians."

The PBS filmmaker who named the documentary, Jo Franklin, told NBC News that she came up with the title on her own. "All of a sudden it came to me — the core of the film was rage. Consequentially I named the film, ‘Days of Rage: The Young Palestinians,'" she said. She does not say that the phrase is a reference to the Chicago student movement; it seems plausible that it may have trickled into her mind subconsciously, but maybe not. 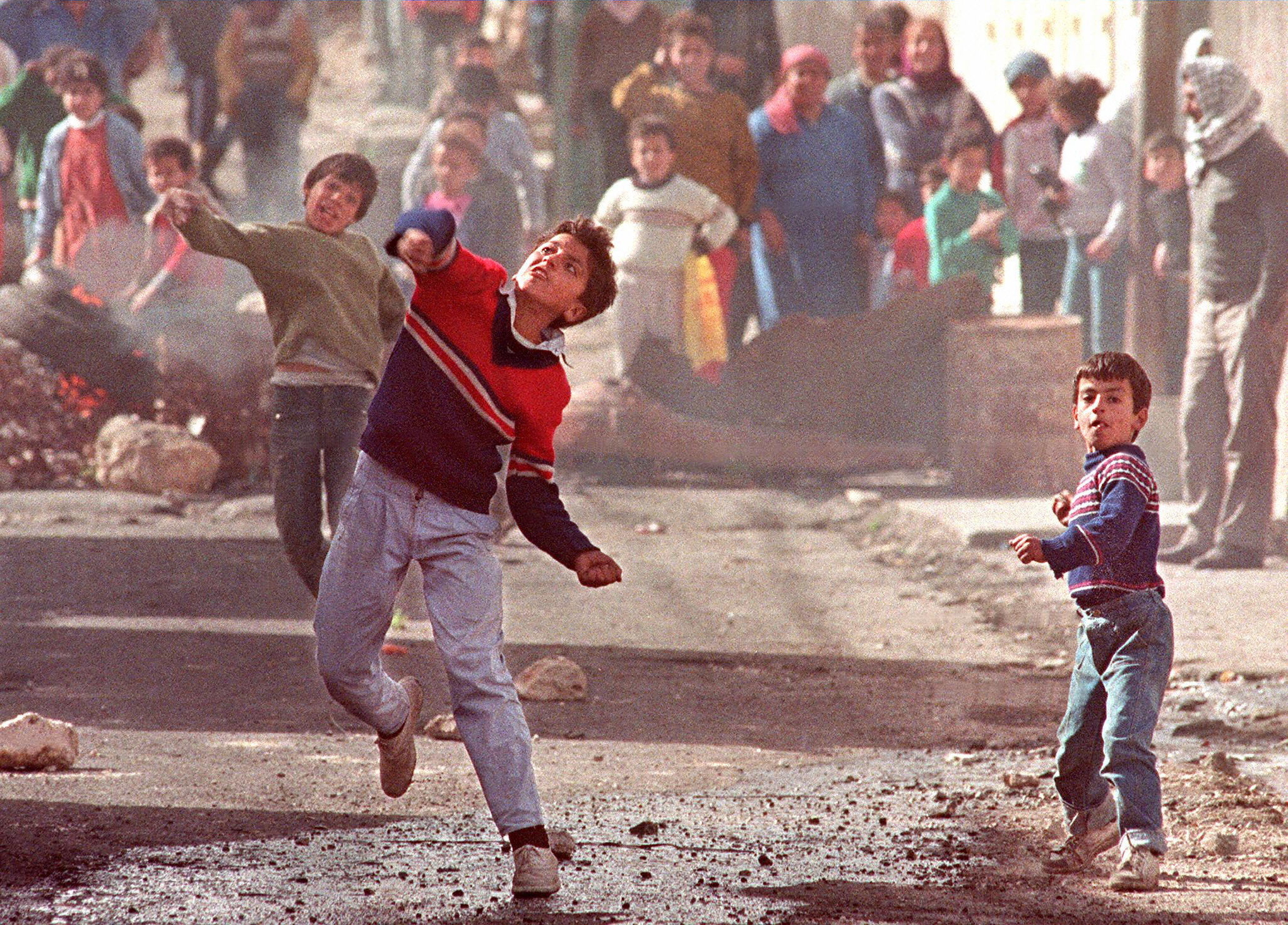 The documentary was widely controversial in the US, which may have helped propel it to Middle Eastern audiences. Here's NBC News:

The documentary became a polarizing topic of debate, with the New York Times widely denouncing the project to the Los Angeles Times championing it as a fresh look at the conflict from voices seldom heard in the American media. Channel Thirteen, the New York PBS station lists the controversy among "Thirteen's Most Shocking Moments."

After months of public debate, the documentary eventually aired to a huge audience, with the Israeli perspective edited in and a roundtable discussion held after the broadcast. It also aired across the Middle East - which is why Franklin believes the term became synonymous with protests in the Arab world to this day.

Franklin also says the program was broadcast widely in Jordan.

'Day of rage' became a slogan of the Palestinian uprisings, then the Arab Spring 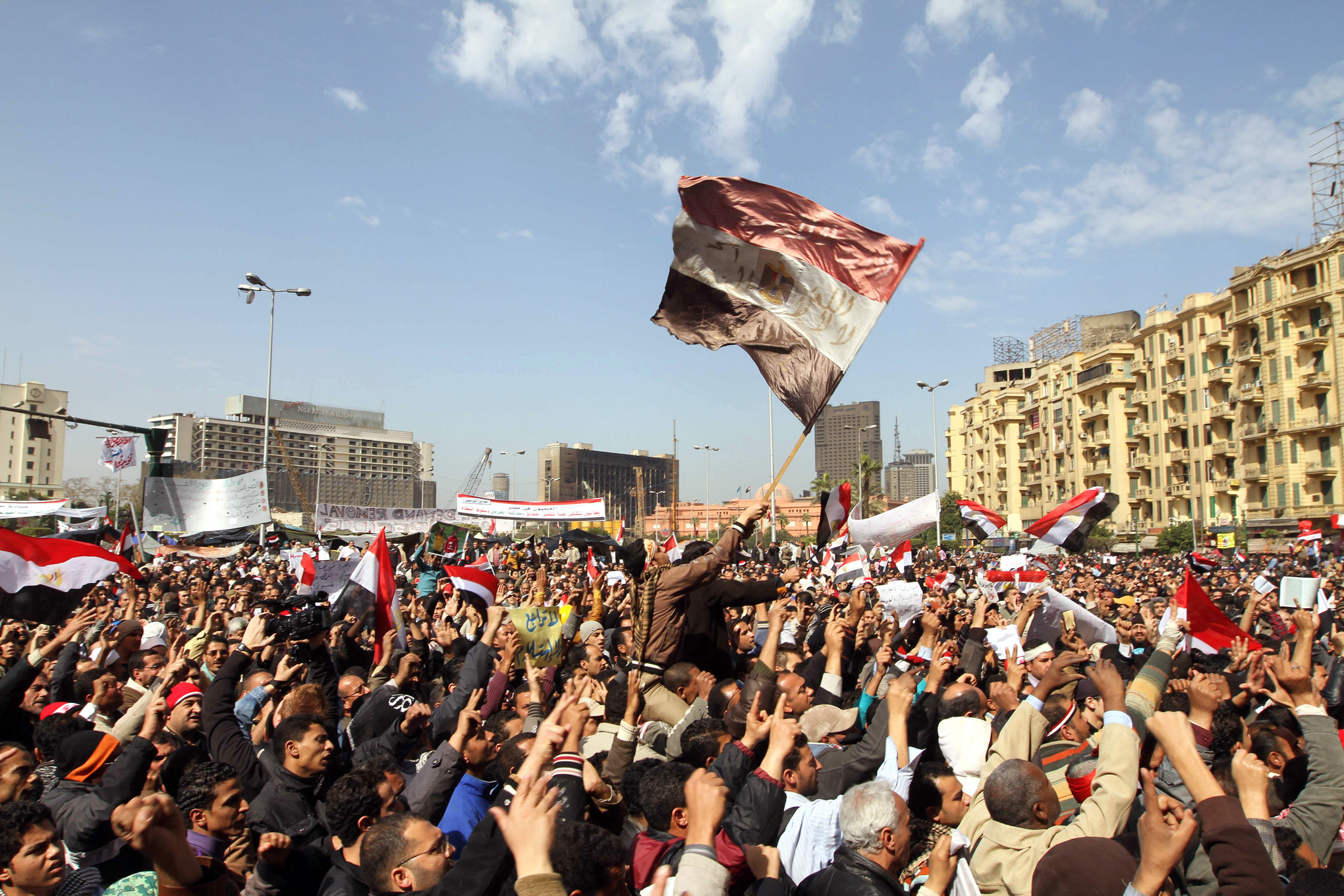 Palestinian protesters were at that point already in the middle of a largely peaceful protest movement against the occupation, today called the First Intifada or first uprising. Some say they heard "day of rage" trickle into the Palestinian discourse to plan Friday protests, others aren't sure. But the term was definitely used by Palestinians during the Second Intifada, which occurred in the early 2000s and featured extensive violence by both sides of the conflict.

The term received its widest-ever usage during the Arab Spring demonstrations that began in 2011. In January 2011, activists in Tunisia and Egypt both used the term "day of rage" to plan and coordinate anti-government, pro-democracy protests, typically held on Fridays, that ultimately toppled their respective governments. (It's not clear whether it was used first in Tunisia or Egypt.) Friday protests quickly became one of the defining features of the Arab Spring, from Morocco to Yemen to Syria and elsewhere. It was so consistent for a time that those countries' security forces — not to mention local and foreign reporters — would plan for them in advance.

And now it has circled back to the West Bank, where Palestinian protests on Thursday alone were reportedly the largest since the Second Intifada. Outsiders, long wary that the failures of the Israel-Palestine conflict and the continuation of the Israeli occupation would lead to another mass uprising, are already asking if Friday's day of rage will be the start of the Third Intifada, though it is still too early to tell.

None of this is to say that Americans "invented" days of rage. Clearly, it is their execution that is far more consequential than the phrase itself, and protesters across the Arab world have made it their own. Still, the apparent cross-cultural history of the term is a revealing little glimpse into the cross-cultural currents, often invisible, that help shape our world.