President Obama's higher education agenda has had trouble attracting supporters from either party in Congress so far. But he appears to have at least one rhetorical ally in the House of Representatives: Rep. Paul Ryan.

That doesn't mean Ryan, a Wisconsin Republican, will be supporting Obama's higher education proposals anytime soon. But Ryan's new plan to fight poverty reveals that the the two very different politicians have some common ground in their approach to colleges and universities.

Two ways to define the problems with college affordability 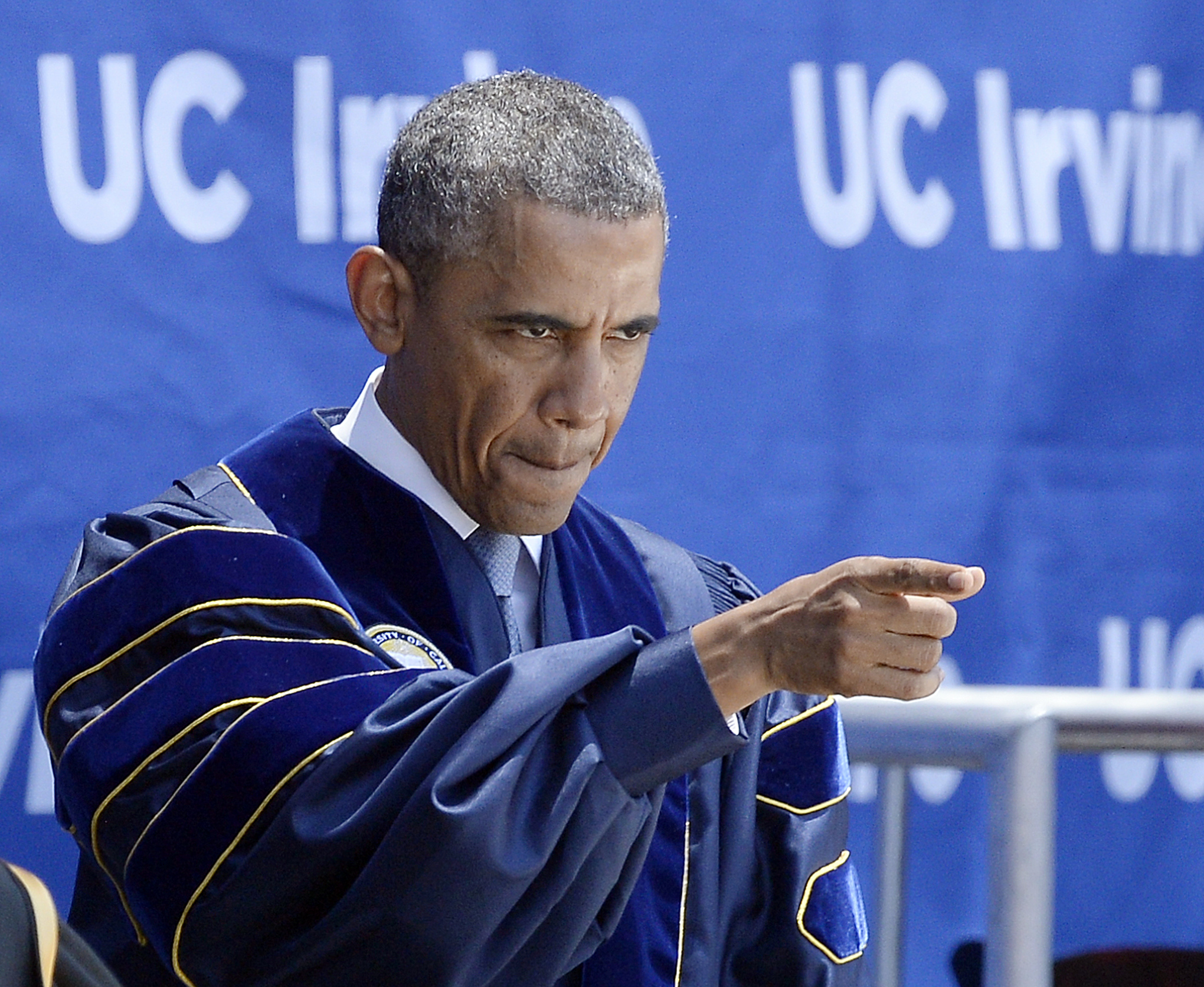 Obama speaks at the University of California-Irvine. Kevork Djansezian/Getty Images

When politicians talk about college affordability, they divide into two rough groups. The first group worries about rising student debt and college costs. But they think public and private nonprofit colleges are doing pretty well at educating students and benefiting society; it's the prices (and the behavior of for-profit colleges) that are the problem. The solution is more generous Pell Grants or student loans, programs to help student debtors afford their debt, and more stringent requirements for states to fund public higher education institutions.

The second group sometimes supports those remedies, but they're not so sure they will solve the problem. They're concerned that higher education as a whole isn't doing enough to encourage social mobility by admitting and graduating low-income students. They'd like to see federal policy focus not just on helping students pay for college, but on making sure they're getting a quality education in return. And they're intrigued by the potential for new models of higher education (like online learning) to challenge the status quo.

the president now has company

Obama started his presidency in the first group — a group that includes many Congressional Democrats. Since 2011, though, he's moved into the second. He's gone from expanding the Pell Grant to telling colleges they were "on notice" for rising tuition costs and proposing new ways for the federal government to hold colleges accountable.

And some of Ryan's rhetoric suggests that the president now has company.

The federal government, Ryan wrote, "should measure success by outcomes, not inputs" — not whether students go to college, but what eventually happens to them. A few paragraphs later, he continues: "Post-secondary institutions and the federal government must work together to ensure both of their financial aid practices make college more affordable. Colleges should also have skin in the game, to further encourage their commitment to outcome-based learning."

The devil is in the details 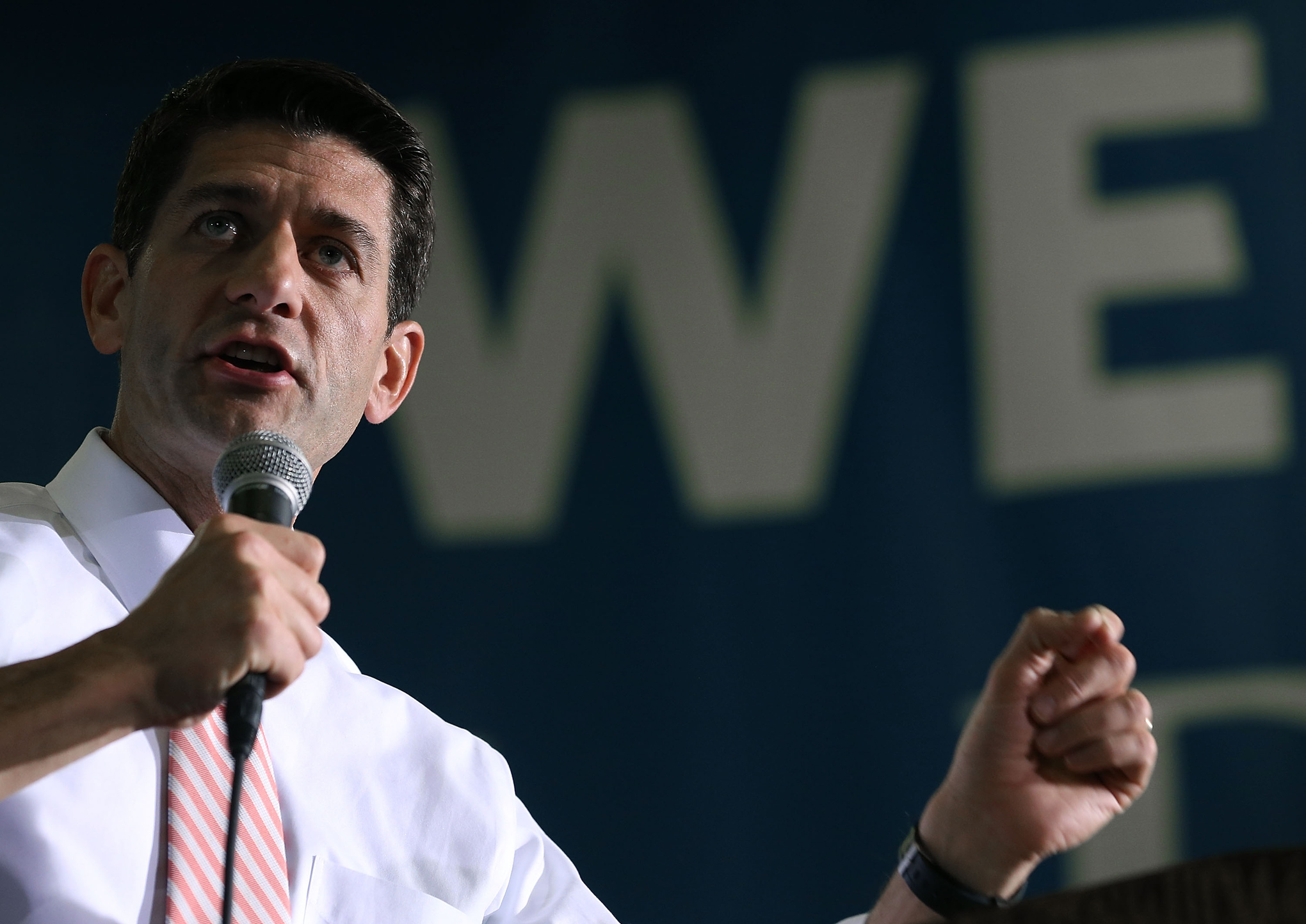 Where Ryan and Obama differ is on how specific they're willing to be about what "skin in the game" might look like or what outcomes they want to measure.

Ryan is much more vague when it comes to bigger philosophical shifts that would affect all of higher education.

That might be because he runs into ideological difficulties. Ryan's explanations of the problems with higher education draw heavily on research and policy analysis from the New America Foundation. The think tank, which has influenced Obama's higher education policy as well, proposed solutions in its reports too. But those solutions often call for a more muscular government role.

Ryan quotes from a New America report, "Undermining Pell," on how colleges use their own scholarship money to attract wealthy students rather than help needy ones, for example. But he doesn't mention the same report includes a proposed solution — using federal money to help colleges who lack the financial resources to offer generous grants for low-income students, while requiring colleges that give grants to wealthy students but not needy ones to match the Pell Grants their students receive. That's an expansion of the federal role in higher education.

Giving colleges "skin in the game" would either require changing the rules for existing federal financial aid, or creating a new grant program used to reward or punish colleges. The former would expand federal authority over what colleges do. The latter would require new money. Both would be incongruous proposals from a Republican who decries big government and federal spending.

Obama, on the other hand, has spent three years proposing a string of ideas that he argues will ensure colleges provide a quality education. He's called for some federal financial aid to be used to reward colleges that are good value. The Education Department is now developing a rating system for colleges, and Obama hopes to tie financial aid to those ratings eventually, so that students who attend colleges with a good rating are eligible for more generous grants and loans.

Obama's proposals have gone nowhere in Congress. The president's for competitive grant programs for higher education were largely ignored, as was a proposal to expand some forms of financial aid in order to use the money to encourage colleges to change. Senate Democrats appear skeptical, at best, of the Education Department's plan to rate colleges.

Even when Democratic senators introduced a bill to create a form of "risk-sharing" — giving colleges skin in the game on student loan defaults — it was eventually demoted, in the Democrats' recently introduced higher education legislation, to creating a commission to study the idea.

Given Congress's reluctance to take on colleges directly, Ryan's reticence to explain what focusing on outcomes would really mean is understandable. And it also suggests that no matter how influential his views are within the Republican Party, he and the president are both calling for a philosophical shift that's unlikely to happen any time soon.