Share All sharing options for: 7 questions about block grants

Paul Ryan on Thursday released a plan to combat poverty in the US. The plan represents a major departure from his prior budgets and has sweeping policy changes on everything from regulations to education. But it does contain one familiar concept: block granting.

Ryan's plan contains an "Opportunity Grant" program in which 11 safety net programs would be lumped together under one funding stream. Though he says the program is not a "garden variety block grant" because of accountability measures he included, policy experts have already put it under the block grant umbrella.

Here's a rundown on the basics of this budgeting strategy.

A block grant is about big blocks of money. In a block grant, the federal government gives a big chunk of money to a state or local government to spend on a broad problem (like fighting poverty). The money is provided only with general guidelines about how it's supposed to be spent, as opposed to particular strictures.

The block grant is one of three types of grants governments provide to states to spend on their constituents. The other two are categorical grants and revenue sharing.

The three can be thought of as existing on a spectrum, as the Congressional Research Service wrote in a 2013 report. Categorical grants represent the specific end of the spectrum, where the federal government has the tightest control and the greatest number of restrictions on how states can use the aid. Revenue sharing, in which the government simply hands over a share of federal tax revenue to states and local governments, is on the other end. Broadly speaking, block grants tend to sit at the midpoint.

2) How old are block grants?

Middle-aged. The first ones went into effect in 1966. Though today Republicans tend to promote them more often, the first block grants were introduced and passed by Democrats. Those first two block grants addressed health programs and promoting public safety through the Safe Streets Program.

But after that, Republicans tended to lead the block grant wave. President Nixon in 1971 tried to put 129 federal programs into six block grants, but congressional Democrats rejected that plan. Still, the phenomenon of block-granting grew under presidents Nixon, Ford, and Reagan. As described by the Urban Institute, block grants under Nixon and Ford tended to spend more than the programs they replaced. Under Reagan, however, block grants tended to provide less funding.

3) Are there many block grants already in effect?

As of late 2013, there were 22 block grant programs in effect. In contrast, there were 1,018 categorical grants, according to that CRS report. (General revenue-sharing no longer happens in the US; it only was in effect from 1972 to 1986.)

Temporary Assistance to Needy Families, which many people often simply call "welfare," is perhaps the best-known block-granted program in the US. Others include the Social Services Block Grant, which states can spend on a range of programs like daycare, adoption, and services to disabled people, the Surface Transportation Grant, and grants aimed specifically at helping American Indian populations in housing and community development. 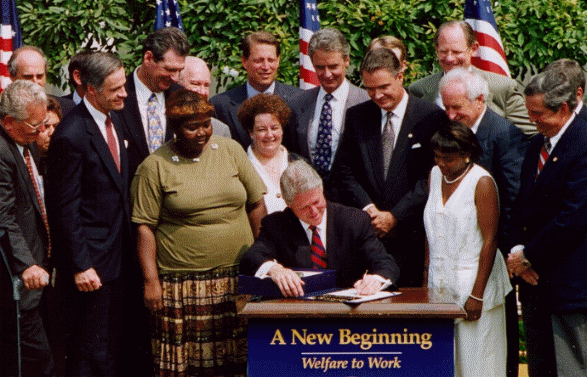 4) Are there any funny block-grant-themed coffee mugs out there?

That depends on what you consider funny. If you're into obscure academic journals and high-level political discourse, you're in luck. Amazon at one point sold a coffee mug emblazoned with Baker's First Law of Federal Geometry: "A block grant is a solid mass of money surrounded on all sides by governors." That law was coined by Rutgers political scientist Ross Baker in a 1981 issue of American Demographics magazine.

If you care about state and local control over federal funds, it is.

Proponents of block grants often tout flexibility as a virtue. In Ryan's poverty plan, for example, states can adjust how they use their lump sum of money on housing programs to make sure their spending does not disrupt the housing market.

In that sense, proponents say, a state can better administer aid to constituents, rather than a distant federal bureaucracy. At the same time, they argue, block grants also make state officials more accountable to their constituents.

There's also the argument that with flexible grants, states can better create innovative solutions than the federal government can.

Some of the policy changes that can come alongside block grants can make also make aid recipients more accountable themselves. In Ryan's poverty plan, recipients will have to create a "life plan" that outlines goals they want to achieve, as well as consequences if they do not achieve those goals.

In that sense, block grant proponents also say it eliminates waste — not only does it make spending more efficient, but it also allows state governments to get rid of overlapping programs.

7) What are the arguments against block grants?

The fact that block grants have been proposed as ways of cutting spending really worries opponents. Those people believe block grants are a way to indirectly cut funding to programs — often those that the poorest Americans need the most, like SNAP.

Relatedly, block grants make it harder to respond to economic changes. While SNAP automatically expands as people need it, block grant funding is set by Congress. For example, during and after the Great Recession, the number of SNAP recipients and the amount of dollars spent on that non-block-granted program soared, as needs for food assistance grew. But TANF caseloads remained relatively flat, as the left-leaning Center on Budget and Policy Priorities points out.

Likewise, as eligible populations grow, even regardless of economic changes, it can also increase the need for programs like TANF and SNAP. While entitlements adjust to these shifts, block granted programs do not.

In addition, opponents say administering programs via block grant can make it harder to assess their effectiveness. If each state spends money and administers programs differently, it means there is no uniform data to understand the exact effects of these programs. And if programs are lumped together, as they are in Ryan's poverty plan, that could make for even more difficult evaluation.

Finally, opponents say that block-granted programs can ironically end up less flexible, because of "creeping categorization." This is when the government slowly adds more restrictions to programs that have been block-granted or diverts funds to particular purposes.