Share All sharing options for: Why we're always going to be wrong about Beyoncé-Jay-Z divorce rumors

For the last few weeks, Jay-Z and Beyoncé Knowles have been welcoming eager fans to their "On the Run" stadium concert tour — a show built around the bones of their marriage. And night after night, we've heard dispatches from fans and critics gushing about the show.
But on Tuesday, there was a moment when the mood began to shift. The rumors of a Beyoncé-Jay-Z breakup started off as a trickle, a tiny whisper of a thought on a slapdash site called Blind Gossip. By mid-afternoon, the rumor had snowballed, and it was proclaimed that "love is dead."
Love obviously is still alive in some capacity (tacos, puppies, etc.), but it made you realize that this love between Beyoncé and Jay-Z was something Americans were deeply invested in, a potent talisman of American romance.
That a possible split between the singer and the rapper means so much to Americans is a testament to the proficiency of both artists to sell their love story. At the same time, the interest in these rumors also reflects a strange cultural desperation to witness any imperfect, ugly parts of their relationship — think of the voyeuristic and even gleeful responses that came in the wake of a certain elevator video.
How did we get to this point? And what will happen if Jay-Z and Beyoncé break up? I asked a Beyoncé scholar for some help in answering those questions about the object of our collective cultural obsession.

Beyoncé hasn't been shy about writing and singing love songs. From "Bills, Bills, Bills" to "Cater 2 U" to "Me, Myself and I" and "Irreplaceable", you could conceivably piece together some kind of idea of what Beyoncé wants in a relationship and what she doesn't.

A playlist of Beyonce/Destiny's Child songs that could represent the beginning, middle, and end of a rocky relationship

But it's probably a big mistake to read too much into what Beyoncé is singing.

Beyoncé is no Taylor Swift, who is known for writing songs that apply directly to her life. Applying a Swift-like read to Bey would largely ignore that she is notoriously stingy when it comes to sharing meaningful details about her actual private life and inner thoughts.

"The fact that arguably the biggest celebrity in the world is so private, breaks all the rules," says Kevin Allred, who teaches a Rutgers University class called "Politicizing Beyoncé", in which he and his students examine her art and life under the context of feminism, race, queer theory, and pop culture consumption.

The way her image is managed is unreal ... That [hint of infidelity in "Resentment" ] would never be the way she decided to tell everyone [that her marriage was over]. When it comes to Beyoncé's private life, we never see something as it's happening. We wouldn't know about it.

Allred is right. We didn't find out about her 2008 wedding to Jay-Z until months later. We didn't see the wedding dress until years had passed. The first pictures of her daughter Blue Ivy were released when she wanted them released, and not on the cover of a magazine. The most intimate glimpse of her private life to date was a documentary she produced on HBO. No one had even the slightest clue that her last album was dropping until it hit iTunes. And back when she was a burgeoning pop star, when the endless stories of Destiny's Child members being shown the door were the topic of conversation, Beyoncé and her father (then-manager Mathew Knowles) flipped the script and named an album Survivor, a smirky response to all the rumors.

Her career and the conversations about it have always been on her terms. 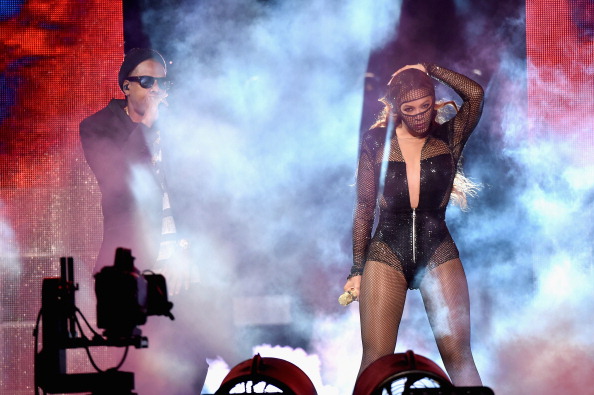 But perhaps the greatest example of Beyoncé's measured persona came this past May, when surveillance footage was leaked of her sister Solange attacking Jay-Z in an elevator while Beyoncé looked on. In the video, Beyoncé appeared unfazed by the fracas, and when she does move it is only to adjust the train of her dress.

"She knows everyone watches her all the time. She knew there was a camera on her," Allred says, explaining why she didn't appear to pick a side in the fight.

"I don't think we'll ever know what happened. It seems like everything's fine, with all parties that were involved," he added, explaining that this was a testament to Beyoncé's ability to keep her private life private.

Cobbling together a narrative of Beyoncé's love life through her songs is altogether impossible when you begin to understand how aware she is of the role she's playing. Though it is unclear whether or not her privacy is one of the reasons why Beyoncé's been able to ascend to the highest heights of celebrity, the lack of gory bits about her family life just feed the demand and desire to see more.

"On this tour, they're both playing characters of themselves," Allred says. "We know so much about everyone else in the world. Not knowing anything about these two drives everyone to even know more."

The crack in the veneer

The downside to selling this perfection and wrapping an artist like Beyoncé under this ideal is that it creates a heightened interest when anything doesn't match the story she's selling. That's why the infamous elevator video detonated the way it did and why people, Beyoncé fans or not, were interested: it was a moment where Beyoncé wasn't in control of a situation, a brief flash in which what was happening did not fit into the Beyoncé equation.

(There were even some jokes made that Bey was in control of that situation the whole time and would parlay the elevator video into something bigger. The video of the brawl preceded the couple's On the Run trailer for their concert.)

The interest in these divorce rumors come from the same vein.  It doesn't match up with what we've been sold — an idyllic and actually very traditional story of love and courtship (there have been stories about how their marriage could also be seen as a lucrative business merger). And there may be some residue from the elevator fallout, that is bolstering these rumors.

If Bey and Jay do divorce, it most likely won't be happening until their tour is over. But that hasn't stopped people from playing it out in their heads and asking questions about their music, their child, and their empire. 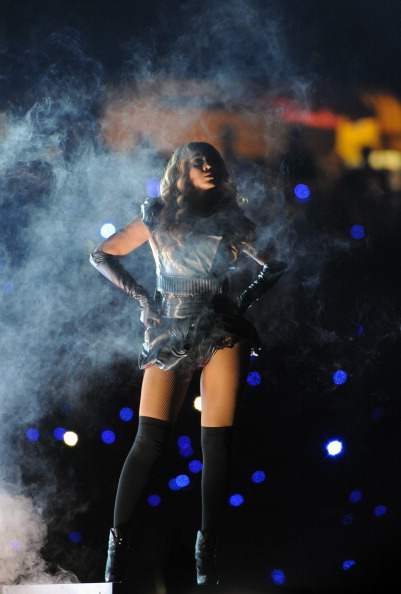 The rumors are also forcing both fans and casual observers to decide which popular Beyoncé narrative to accept: that she's a calculated performer who is three steps ahead of the game or an artist brave enough to drop hints of a rift in her music. There's plenty of grey area in between, and Jay and Bey are the only ones who know how this is all going to shake out.

But we should be sure of one thing — that it will shake out in her favor. If Beyoncé and Jay-Z part ways, the non-believers who think her success is largely dependent her husband will no longer have an argument, says Allred. "People wouldn't be able to talk about that anymore," he says.

So if a divorce is in the cards, if love does indeed die and the world catches fire and burns, Beyoncé will still the last woman standing. She calls the shots — a message she's been telling us since day one.

"That perfection we see in her … we [the public] are desperate to see something crack — something to show she's just like us," Allred says. "But she's not like us. She's nothing like us. "