Those budgets were built atop a series of promises — no new taxes, sharp deficit reduction, no near-term changes to Medicare or Social Security, and no more defense cuts — that combined to make deep cuts to spending on programs for the poor the cornerstone of Republican fiscal policy. The Center on Budget and Policy Priorities calculated that fully two-thirds of Ryan's savings came from cuts to those programs. So that was the GOP's basic poverty plan: cut spending on programs for the poor.

Paul Ryan's new poverty plan is, in this respect, a sharp break with his budgets. On page 14, Ryan says that "it is important to note that this is not a budget-cutting exercise — this is a reform proposal." He is talking, specifically, about his plan to divert federal funding for food and housing assistance into "Opportunity Grants," but it's true across the board: in this plan, Ryan severs his enthusiasm for reforming government programs from his plans to cut spending.

In short, Paul Ryan's poverty plan appears to be an attempt to change the Republican Party's view — a view driven, in large part, by Paul Ryan and his budgets — of what to do with programs for the poor. In Paul Ryan's budgets, those programs were slashed to make way for other budgetary goals. In this plan, they're reformed in order to achieve the goal of reducing poverty.

The change is signaled with a quote from Bob Woodson, president of the Center for Neighborhood Enterprise, who has been an influential advisor to Ryan on poverty. "I think it is a false dichotomy to assume that if you care for the poor, you spend more, if you do not, you spend less," Woodson says. "I think what we must do is begin to talk about how do we invest more wisely with the purpose where we measure success of the poor by how many people are helped, as opposed to how many people are served." 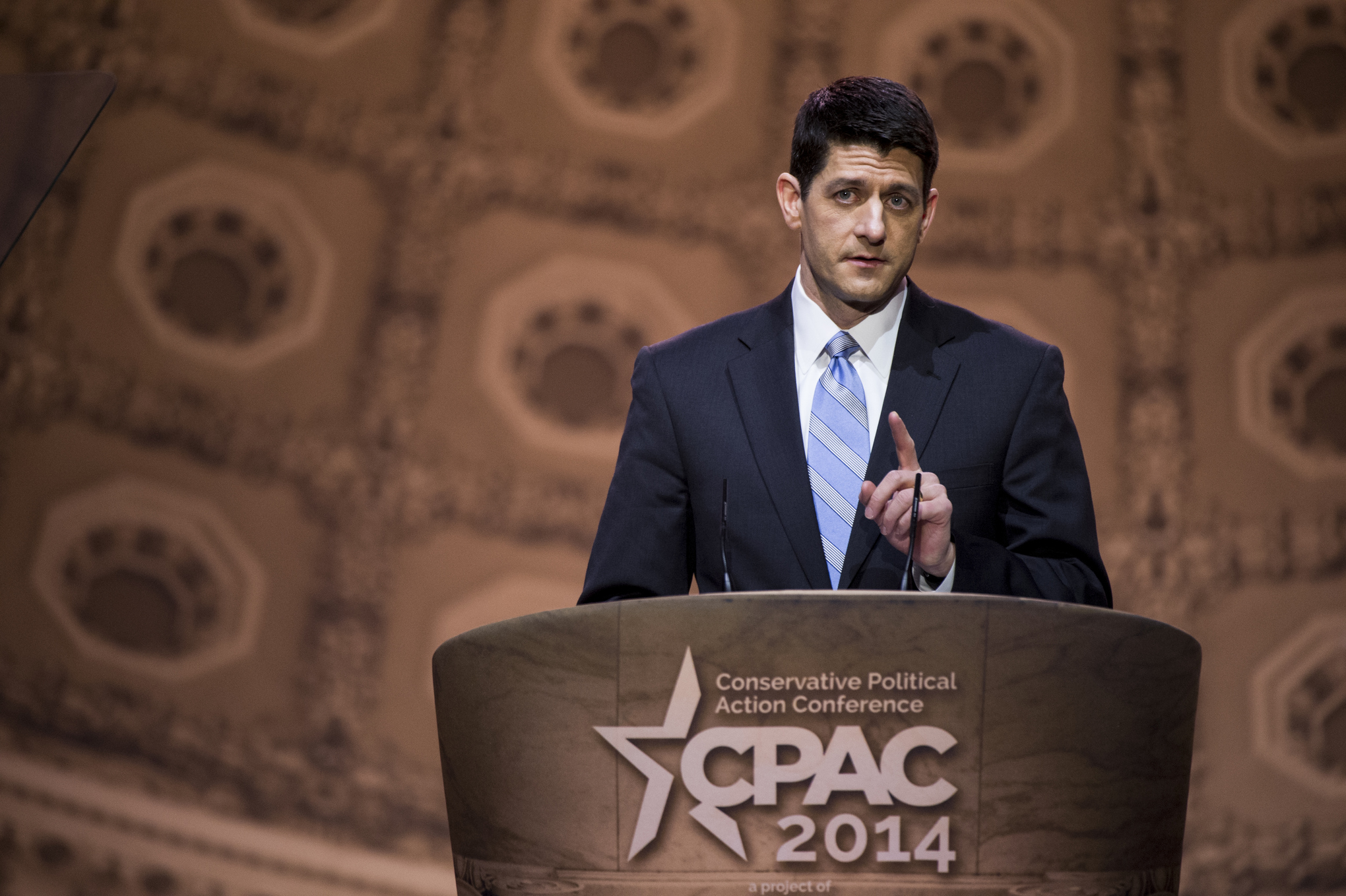 Where Ryan's budget used block grants as a way to cap and then cut spending on everything from Medicaid to food stamps, Ryan's poverty plan uses block grants as a way to consolidate programs and give states more flexibility over their use. And where Ryan's budgets contained deep (though vague) cuts to the part of the budget that included programs like the Earned Income Tax Credit, his poverty plan envisions a spending-neutral effort to increase the EITC by cutting other programs (for more on that proposal, see Vox's card).

This is a pivot Ryan previewed in a conversation with Buzzfeed's McKay Coppins. "I've got two roles," he says. "I'm chairman of the House Budget Committee representing my conference ... and I'm a House member representing Wisconsin doing my own thing. I can't speak for everybody and put my stuff in their budget. My work on poverty is a separate thing."

This was a bit like hearing the Kool-Aid Man say that he only ever drank Kool-Aid for the money, and in truth, he thinks kids should drink more tap water, instead. But as jarring as it is to hear and see Ryan distancing himself from the budgets that launched him as a national figure, this is a return to Ryan's roots. Though he's made his name as the GOP's chief crusader against deficits, that's always been an awkward fit with Ryan's actual record, which included a series of votes that massively increased the deficit in order to wrench policy in a more conservative direction.

He voted for George W. Bush's tax cuts, as well as the war in Iraq and the unfunded Medicare Prescription Drug Benefit. Prior to Barack Obama's presidency, Ryan was best known for the Social Security Personal Savings Guarantee and Prosperity Act of 2005, a plan to privatize Social Security that the program's actuaries calculated would require $2.4 trillion in additional costs over the first 10 years. The Bush administration ultimately dismissed it as "irresponsible."

Even the savings in Ryan's budgets were a bit bizarre: Ryan emphasized his reforms to Medicare, Medicaid and the tax code, but the budget's largest savings came from massive, unspecified cuts to everything that wasn't Medicare, Medicaid or Social Security: Ryan envisioned literally everything else the government did falling from 12.5 percent of GDP to 3.75 percent of GDP by 2050. It was clear from the outset that the reforms were Ryan's focus and the savings were merely a spreadsheet exercise — and not a very convincing one. 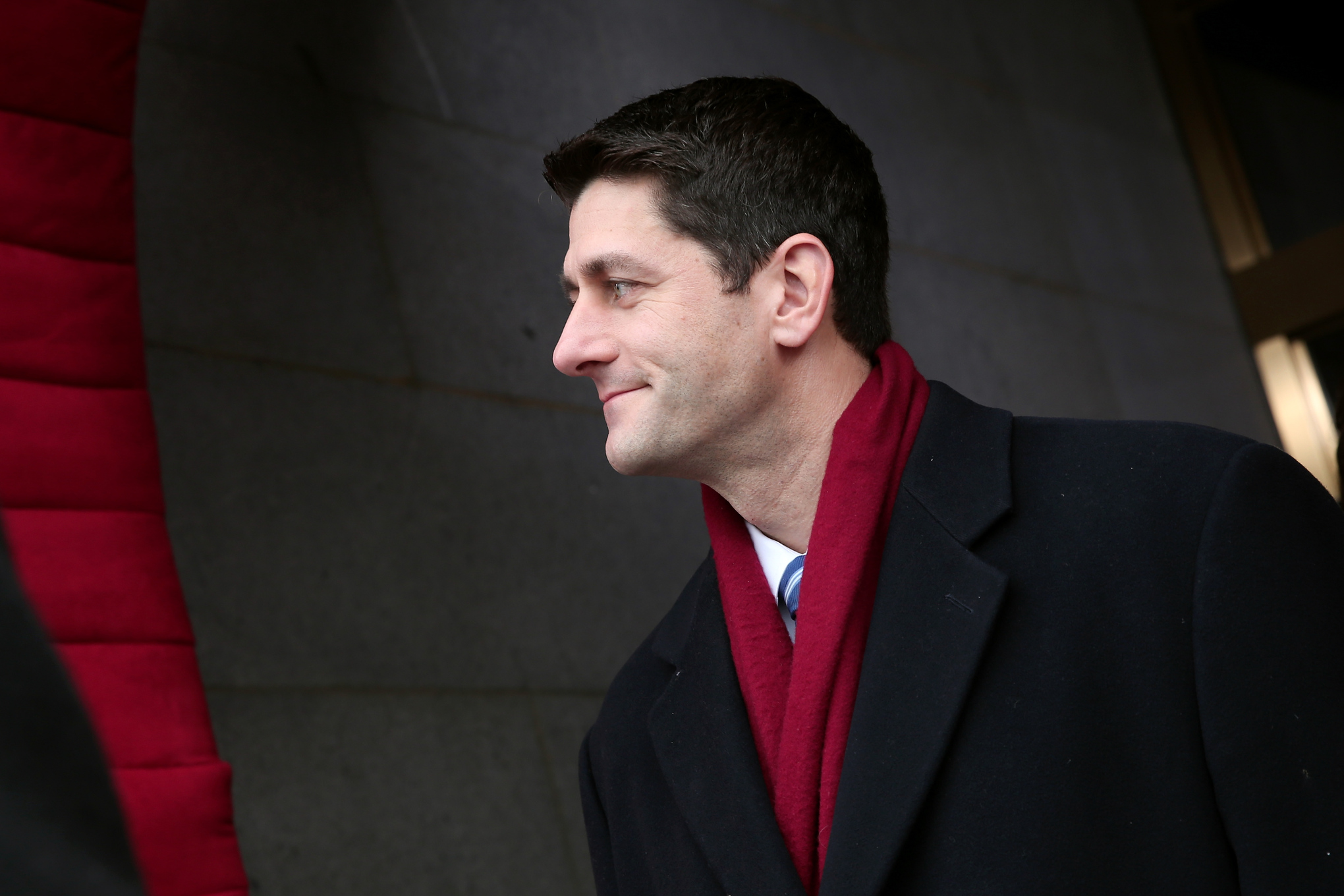 Ryan cares less about the budget than about the structure of the programs within it. (Win McNamee/Getty Images)

Ryan is, at heart, more interested in reforming government programs than in simply cutting them. When deficits exploded after the financial crisis he used deficit-reducing budgets as the vehicle for far-reaching reforms. Now that deficits are lower and poverty is more salient, he's using poverty as a vehicle for far-reaching reforms. The constant thread in Ryan's career isn't his concern for budgets but his efforts to overhaul the safety net.

The constant thread in Ryan's career isn't his concern for budgets but his efforts to overhaul the safety net.

But Ryan has a quality most reformers don't: he is exceptionally good at building consensus within the Republican Party. And that's what makes his poverty plan so important: Ryan is ratifying a shift in the GOP's focus away from the kind of policies contained in his budgets and towards the kind of policies contained in his poverty plan (and that have also been offered by Sen. Marco Rubio, Sen. Mike Lee, and others). This is a conversation that should, in theory, offer much more opportunity for common ground with Democrats.

This plan, for instance, marks an important point of agreement between Ryan and the Obama administration: their proposals for expanding the EITC are almost identical — where, previously, the Obama administration wanted to expand the EITC and Ryan wanted to cut it. Their disagreement now is about how to pay for expanding the EITC. That's a gap that should, under normal political circumstances, be bridgeable.

Similarly, Ryan's "Opportunity Grants", though missing key details, might have merit if thoughtfully constructed: few think the government's dizzying array of poverty programs are perfectly structured, and in an age where Washington is deeply gridlocked, handing a set of pilot states more flexibility to experiment more rapidly makes sense. The hard questions here are how to manage the growth of the grants when the economy turns down, how to define the kinds of limits and evaluations that need to be followed (i.e., can a governor force grant recipients to submit to a weekly drug test and home inspection?), and whether Ryan is really committed to the intensely paternalistic life plan model.

Similarly, Ryan's ideas on incarceration are already shared by many on the left, and his plan should be a boost to legislation like the Cory Booker-Rand Paul bill.

There are other ideas Ryan proposes that have little chance of attracting Democratic support. As my colleague Matthew Yglesias observes, his regulatory agenda cloaks a plan that would make new environmental and financial regulations nearly impossible in the language of poverty prevention. His plan to block grant Head Start spending will, similarly, find little support on the Democratic side of the aisle.

There's much more in Ryan's plan, of course, and some of it will, upon closer scrutiny, anger liberals, and perhaps even conservatives. Some ideas will fail even the most cursory technical analysis. Ryan is careful to say, at the outset, that "this paper is not meant to serve as the final word, but to start a conversation all across the country." The question is whether he means it: does he intend to work with Democrats — even compromise with them — to make progress on these issues? Or is this plan a final offer disguised as a first draft?

Democrats face the same challenge, of course. There will be charges of hypocrisy against Ryan's plan, and they're merited: his poverty plan and his budget cannot coexist in the same universe at the same time. Conservatives who spent the last few years cheering Ryan's budget and are now cheering his poverty policies need to ask themselves some hard questions.

But more important than the contradictions in Ryan's plans is their progression: Ryan is refocusing himself and, perhaps, the Republican Party on reducing poverty by making the government's anti-poverty programs work better: that's a project that's both more important for the country and more amenable to compromise. Democrats should welcome it.