How Israel decides to go to war

Share All sharing options for: How Israel decides to go to war

How does the Israeli government think about going to war? It's a critically important question for understanding its ongoing invasion of Gaza, which it launched on July 17, yet it's also surprisingly difficult to answer, at least in simple terms. Israeli politics is complex and fractious, and the Israeli bureaucracy and military establishment isn't always the easiest thing for outsiders to get a handle on.

I asked Brent Sasley, a professor at the University of Texas-Arlington whose research focuses on Israeli politics, to shed some light on these questions. We talked over the phone about the Israeli strategy behind the Gaza incursion, how the Israeli military affects the civilian government's decisions about war, and how Israeli Prime Minister Benjamin Netanyahu thinks about the most important challenges facing his country. What follows is a transcript of our conversation, edited for length and clarity.

Zack Beauchamp: The public statements from the Israeli government say they're going after Hamas's tunnels, specifically tunnels into Israel. But they also say they want to get at Hamas infrastructure, which presumably would also mean tunnels into Egypt. What do you make of Israel's strategic objectives in the recent incursion?

Brent Sasley: Well, I wrote a whole piece about it for The National Interest. The first goal is quiet. It's not even tunnels.

In some media interviews, Bibi [Israeli Prime Minister Benjamin Netanyahu] says "sustainable quiet." Both "quiet" and "sustainable quiet" are utterly vague. Because Israel, including under Netanyahu, has accepted quite a few rockets, scores of rockets [fired from Gaza-based militant groups]. As far as I can tell, "quiet" is defined as a number of rockets, preferably not by Hamas, so long as they don't cause any damage, certainly don't kill any Israelis, and there's nothing else that requires a bigger Israeli response. That, I think, is the goal.

Now, my concern is that Israel doesn't have a strategic agenda for the region as a whole, which means it doesn't have a strategic goal in this operation. Not a Bibi problem, it's an Israel problem. There's a history to it — that's how Israel developed, it's been forced on the defensive, it thinks reactively instead of proactively, and so on. Those are all important explanations, but it goes beyond that. After a certain point, it becomes a cop-out to say "Israel just can't think long-term."

Now, some people say that there is a strategy — that horrible term "mowing the grass," or I guess a "war of attrition" is a more sophisticated way of saying it. That's a holding pattern, as far as I can see. Israel doesn't have a national security strategy, it's never really articulated one.

ZB: It does seem like "mowing the grass," the theory that Israel needs to regularly go to war with Hamas in order to weaken its military capabilities and deter attacks on Israel, seems to be part of Israel's broader strategy. Is that wrong? Do you think that term has been misunderstood?

BS: The term itself — I dunno. Putting aside the offensive idea that killing people, including civilians is "mowing the grass," I'm not so sure. Israel sees itself in a war. I'm generalizing, obviously: not every Israeli thinks that. Not even every Israeli leader thinks that.

But, generally speaking, Israel sees itself as caught in a constant siege. Bibi and others talk about Israel as a current incarnation of the Jewish people. Modern Jewish sovereignty has been under siege for centuries. That's how many Israelis in the defense establishment see Israel, constantly having to respond to different threats. 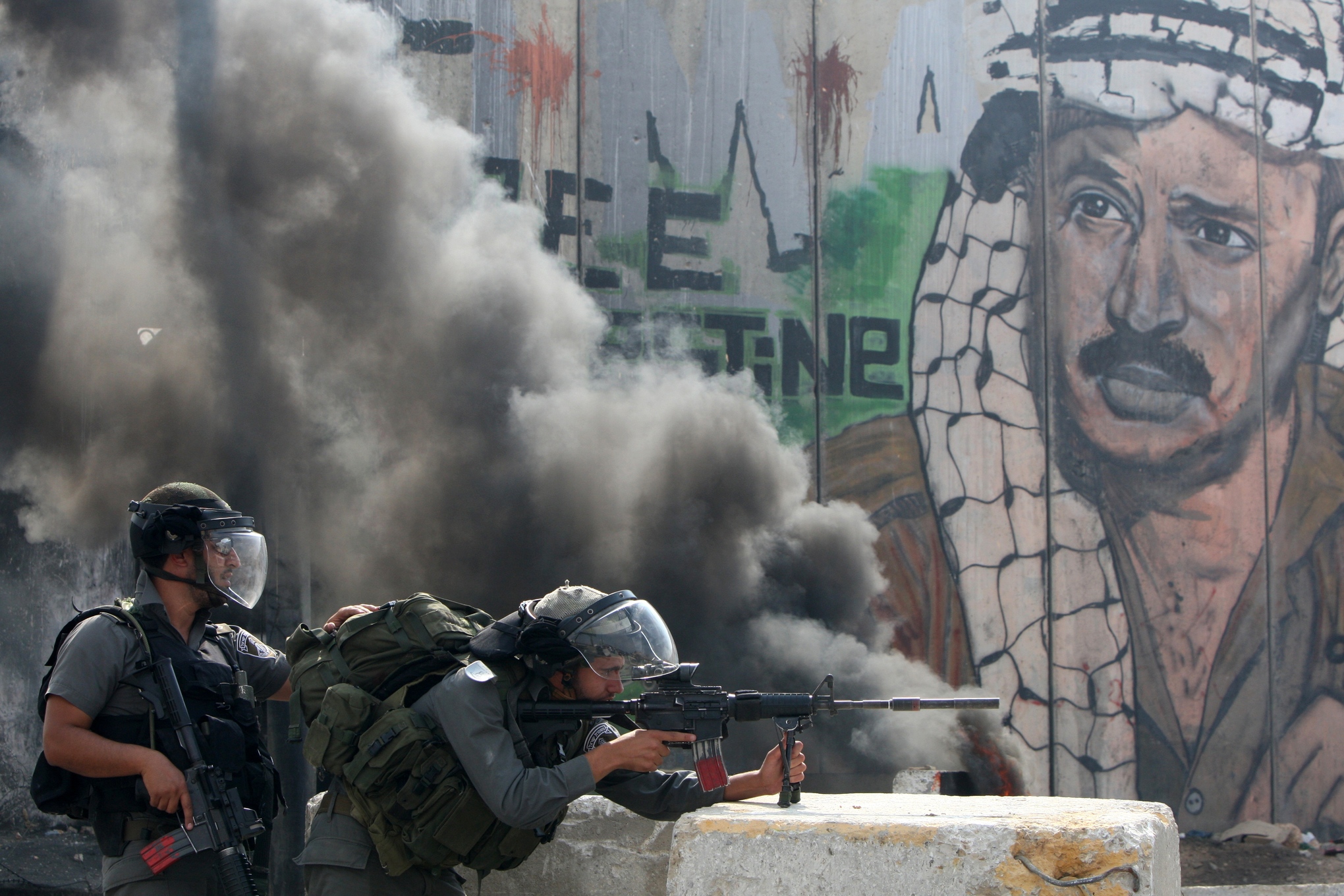 Israeli soldiers keep their position during clashes with Palestinian stone throwers at the Qalandia checkpoint between the West Bank city of Ramallah and Jerusalem on September 21, 2011. Ahmad Gharabli/AFP/Getty Images

Which means that Hamas, like any of these other previous threats, needs to be managed. You can't defeat them completely. They need to be managed. Managed means degrading their capabilities, it might mean in some cases removing them and replacing them with someone else. But Israel's military doctrine has long been to cause damage to its enemies without being able to take them over completely because it never could.

ZB: Interesting. The way you describe it, the current strategy was designed for Arab states, when the Israeli-Arab conflict was principally about state-to-state relations.

BS: And non-state actors. Like the fedayeen in the 1950s, the Palestinian militant, terrorist, and guerrilla groups.

ZB: Do you think the Israeli strategy is still effective?

Israel sees itself as caught in a constant siege

BS: I don't think it's valid anymore. It's too deterministic and essentialist to say that neither Israel nor its enemies have changed. Certainly, Israel faces threats, and conditions in the Middle East are fluid. There's a lot of things going on, and not all of it threatens Israel, but there's a general trajectory towards instability.

But Israel is much stronger than it ever was. There's just no comparison between it and its neighbors. The terrorism and limited military action its enemies can mount are not existential threats. They don't threaten the borders or the state itself. Iran is a bit of a separate issue — the Iranian nuclear program would be the biggest strategic threat in that sense — but there is no other threat like that. 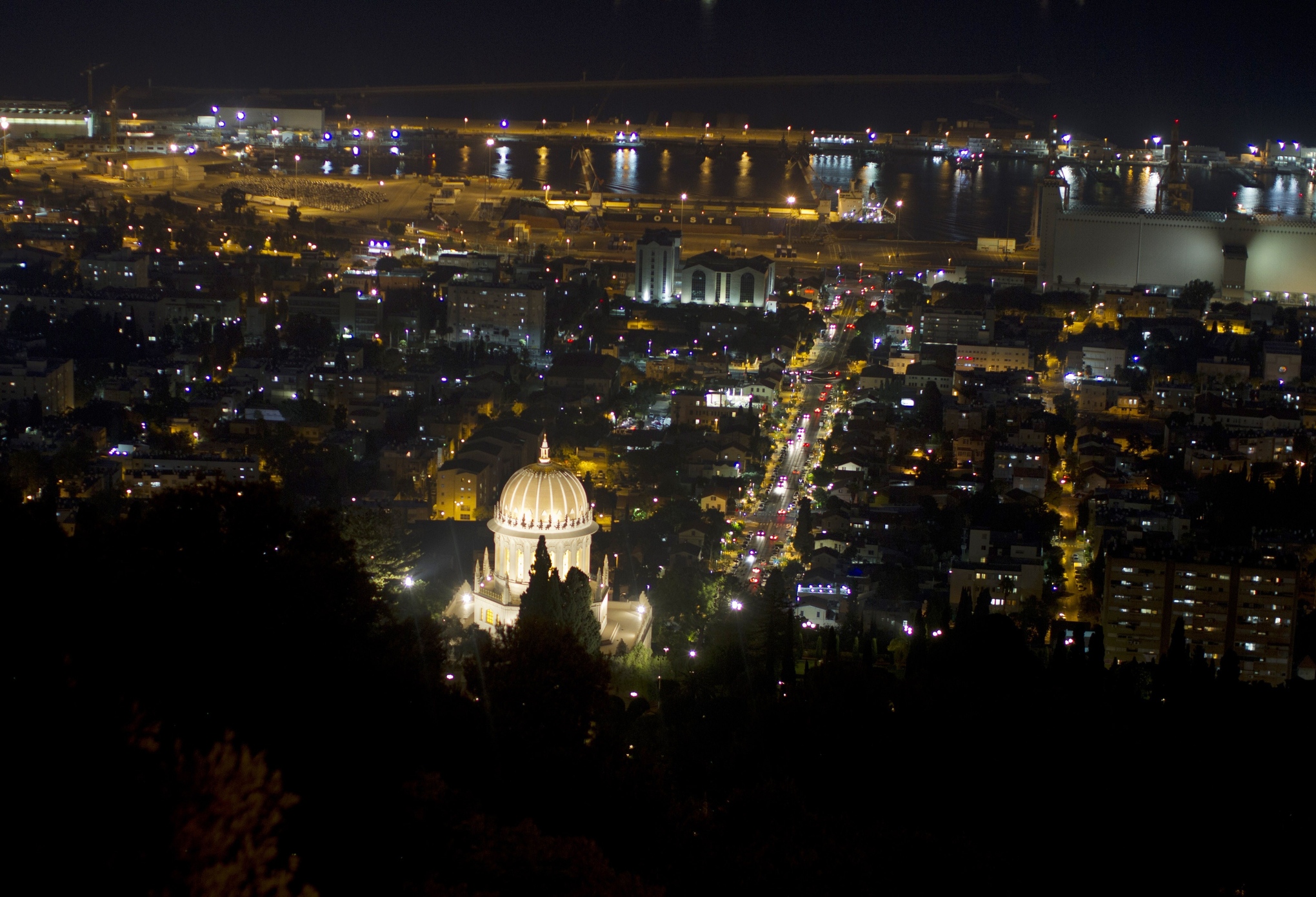 Israel's very wealthy. It's very important to the global economy. There's dissatisfaction over settlements, but the Europeans aren't interested in anything that will lead to the end of Israel despite all the talk of BDS [international boycotts, divestment, and sanctions meant to pressure Israel]. Israel is more integrated into the world system than it ever has been — UN committees, world financial and economic structures, global international law, it's deeply embedded in these things.

That said, it's become clear that the status quo is not positive for Israel. Israel can weather the status quo and the occupation in the short and maybe medium term, but in the long term it can't. Israel can't maintain the status quo — I know it's a cliche, but it's true — and remain a Jewish and democratic state. Given that, it's not smart for Israel to not have a broader strategic agenda. And that agenda has to include political change.

ZB: Does that mean the current conflict grew out of a misapplication of an old, outdated theory? Is the Israeli defense establishment too wedded to an old approach to change?

That doesn't mean they're always pushing for war. Sometimes they are; they do see things through a military lens. But because the security establishment, particularly the Israeli Defense Forces and the intelligence services, have the best tactical and operational decision-making capabilities, they're the ones who are coming up with these tactics and therefore these policies.

Israel can weather the status quo in the short and maybe medium term, but in the long term it can't

They're embedded in the civilian decisionmaking structures. That's not because of a military coup, or anything sinister. It's just how the state developed. There haven't been any civilian agencies that have been able to compete with them.

Now, that's changing. The Foreign Ministry, in particular, has a very good internal research institute. You have an increasingly effective national security council, which was strengthened in 2008. These groups matter. But even while they're getting stronger, getting taken more seriously, the military is still the dominant actor. So it presents these options that it has come up with.

Naturally, these options are put in a military framework using military concepts. Typically, what happens is that they present one of two options to the Prime Minister and the cabinet. It's not a broad range of options, and not a broad range of options that includes discussions of potential consequences. It's typically one of two things, or a one option, take-it-or-leave-it sort of thing. So cabinet discussions are typically constrained.

ZB: How does this relate to Israeli politics? When you read about Netanyahu's decision-making, it really does seem that he's concerned about political pressure to his right. And it seems that this pressure affects the way he thinks about decisions.

BS: Yes. I've been arguing this for a couple years. I think that BIbi is risk averse, ever since his first term in office. I think he learned a lot from that. He has a managerial style of leadership. He's not a bold visionary, though I think he does have a vision. I think he thinks it's better for Israel, and better for him, if he pursues it carefully. I think he's a pragmatist.

I think he would like to hold onto the West Bank. But what we know, from the information filtering out about the John Kerry-led peace process, is that can be moved. [Netanyahu] can be pushed, he can be cajoled. It takes a lot of effort, and he would move if there was serious domestic pressure on him.

But that's why he's sensitive to the pressure from the right wing in his party and in his coalition. He takes a very cautious approach to them. That's why he brought Kadima [a centrist party] into the coalition a couple of years ago. Everyone thought it was going to be to prepare for an attack on Iran. It wasn't. It was pure domestic politics, so Bibi could put off having an election.