Another survey shows Obamacare driving down the uninsured rate

Share All sharing options for: Another survey shows Obamacare driving down the uninsured rate 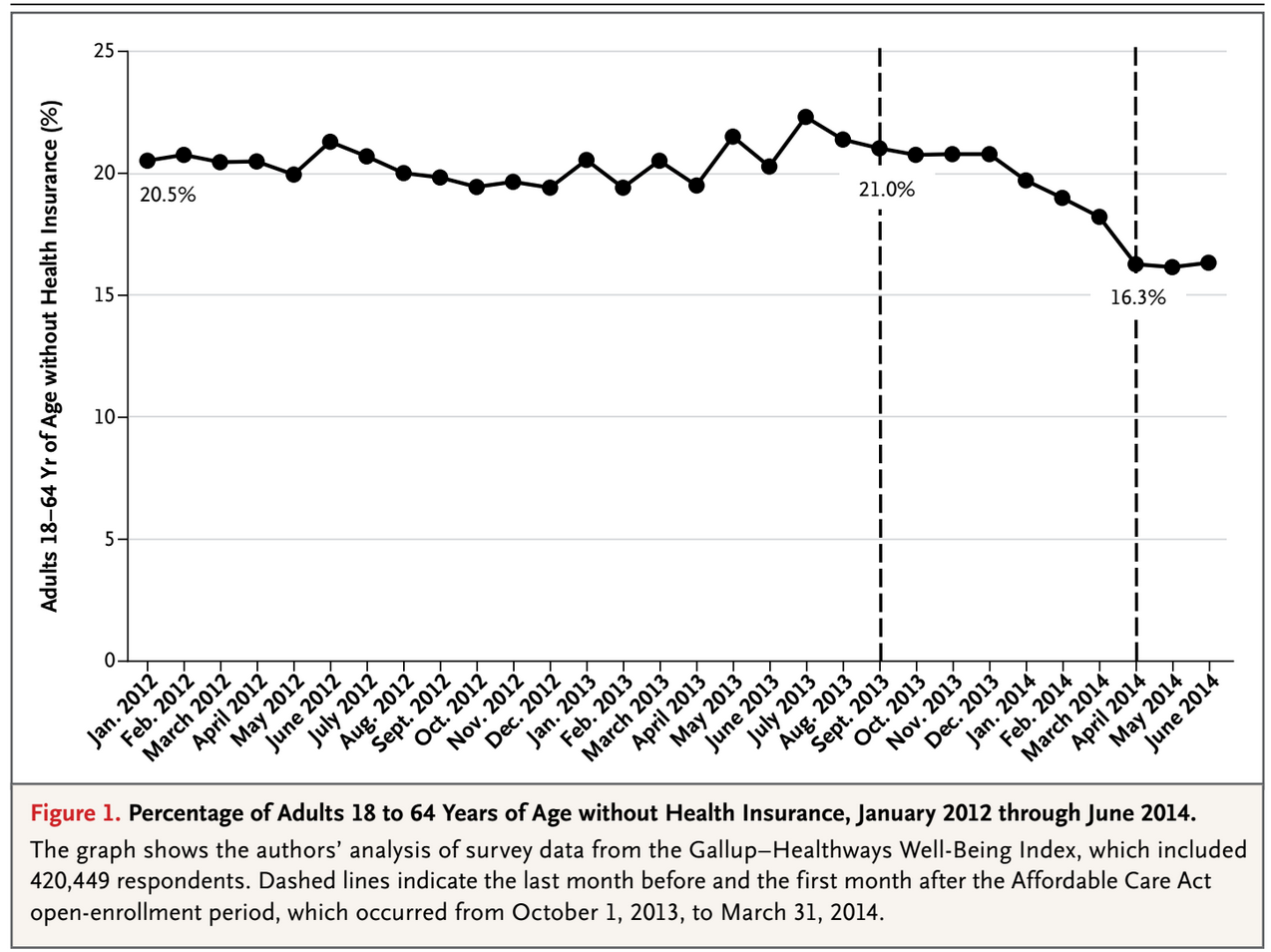 They estimate that the uninsured rate declined by 5.2 percentage points during the second quarter of 2014, compared to the same period in 2012 and 2013. That works out to about 10.3 million Americans gaining insurance coverage.

The NEJM study is new, but the general conclusion isn't: data from Gallup, the Commonwealth Fund, Robert Wood Johnson Foundation/Urban Institute, RAND Corporation and the Kaiser Family Foundation all have similar findings. Namely, that millions more people have insurance than before Obamacare's insurance expansion.