Ted Cruz feels that President Obama's non-deportation of DREAMers is responsible for the child migrant crisis and he has the chart to prove it:

Except check out that y-axis scaling. Here's a closer look: 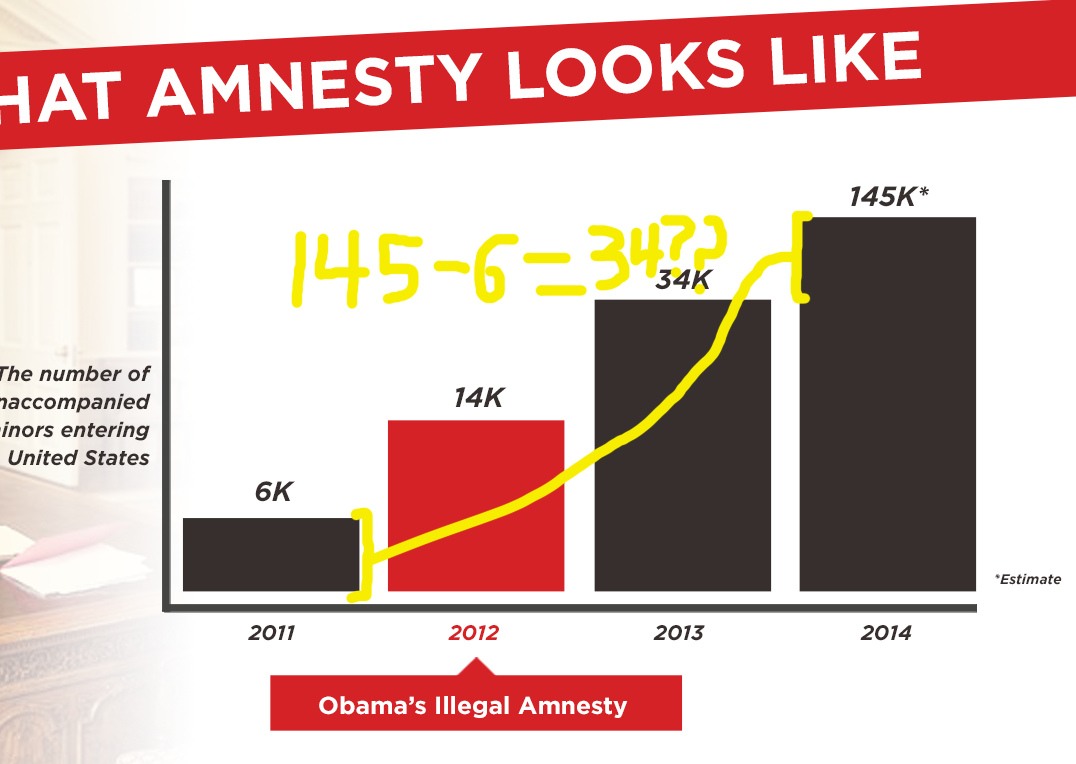 It's not clear exactly why Cruz's team made the chart this way. Perhaps they thought that showing a huge surge happening with a one-year delay would make the argument less convincing. Perhaps they just don't know how to make charts.

Regardless, Ted Cruz's staff says that deporting DREAMers is his top priority.