Share All sharing options for: Hungary’s new ambassador to Italy thinks Jews are ‘agents of Satan’ who ‘enslave mankind’

Normally, not many people would pay attention to the Hungarian Ambassador to Italy — even within Hungary or Italy. But when the new ambassador is the kind of guy who has written that Jews are "the agents of Satan," it's probably time to start taking note. Especially in a week marked by an upswing in European anti-Semitism.

Sunday night, the Hungarian media learned that Péter Szentmihályi Szabó, a former poet and right-wing political commentator, was going to be the next ambassador to Rome. Eva S. Balogh, a Hungarian and former Yale lecturer in Eastern European history, was appalled. "One thing is sure," Balogh wrote: "Szentmihályi Szabó is an inveterate anti-Semite."

To prove her point, Balogh translated an essay of Szabó's from 2000. It's about Jews, and it's pretty appalling stuff:

I don't know, I don't understand why they hate us so much. They live here in Hungary, they speak and write in Hungarian, but they loathe us. I really don't understand why they stay if it is that bad here, in this welcoming country that is so foolishly patient. It is not difficult to recognize them because they are cowardly and impertinent at the same time. Money is their God, their mother tongue in which they have trusted from time immemorial. Dark circles under their eyes, flabby skin, clammy palms, cold feet, freakish smiles give them away.

They can be found everywhere on the earth. They are the agents of Satan. They arouse fear and they live off of fear. They create turmoil and discord. They are constantly packing, yet they don't leave. Are they foreign spirits whose mission is to destroy the local communities? International criminals who, following Marx and Lenin, decided to enslave mankind? Eternally homeless folk condemned to be constant wanderers?

They are the debt collectors. The ones who first figured out that money "works" without labor although there are no goods behind the merchandise, only a piece of metal, a piece of paper, or by now only a digital symbol on the computer. Everybody is afraid of them, yet they dread those who fear them. The world's strongest army guards their security, and yet they still don't dare to get close to those whose rights they defend so loudly.

This is especially troubling given that it happened in Hungary, where there has been a trend of anti-Semitism, particularly in right-wing politics. Though right-wing Prime Minister Viktor Orbán condemns anti-Semitism, his government doesn't have the best track record on it. The World Jewish Congress, writing about a 2013 Orbán address on anti-Semitism, told Bloomberg that he failed to "address any recent anti- Semitic or racist incidents in the country, nor did he provide sufficient reassurance that a clear line has been drawn between his government and the far-right fringe." 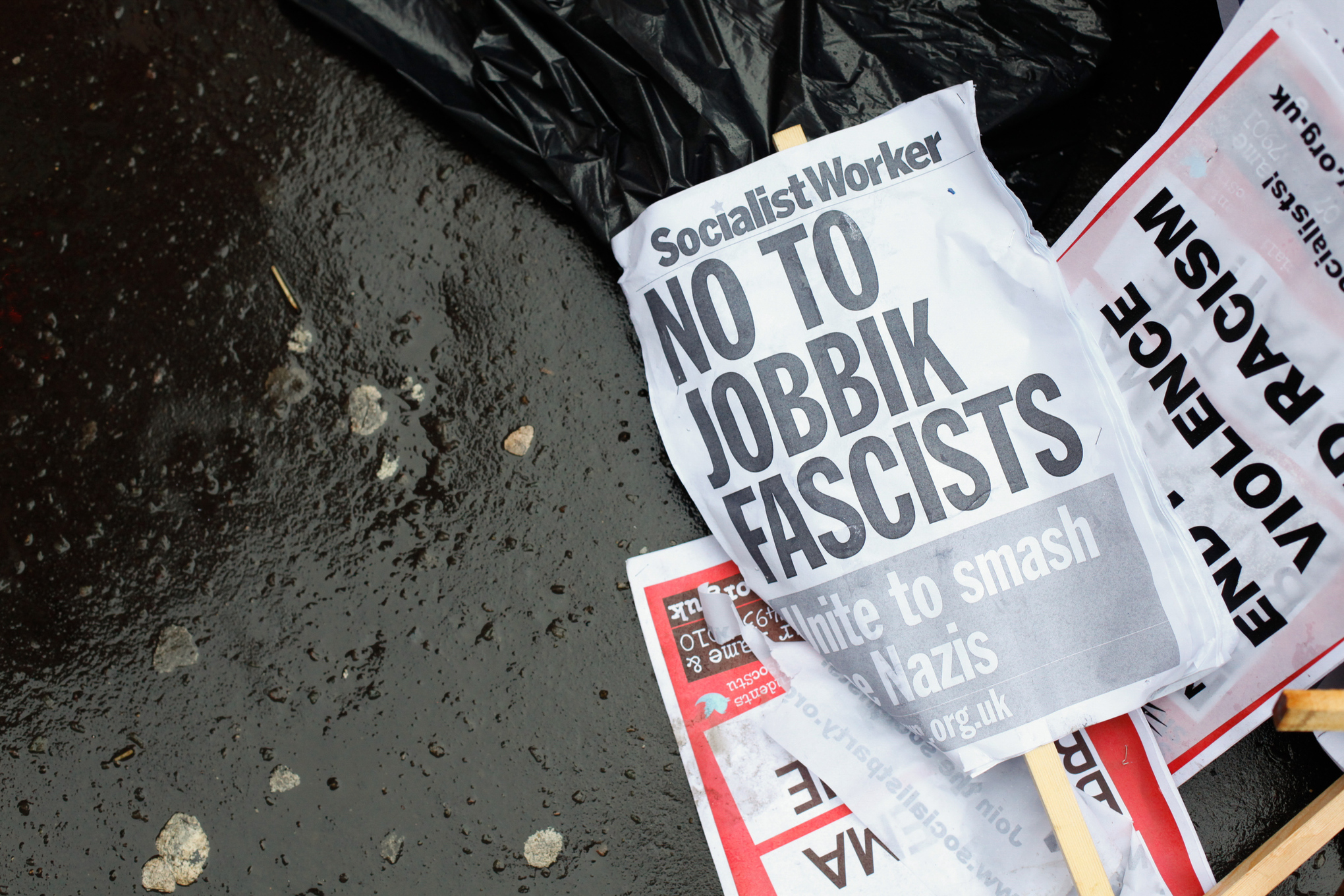 That last bit, about the far-right fringe, is key. Jobbik, Hungary's third largest party, is vehemently anti-Semitic (though they deny it publicly). "Blatant anti-Semitism is a risky electoral strategy," Anne Appelbaum wrote in an excellent New Yorker feature on Jobbik. "But they drop hints that their voters understand."

For instance, Jobbik officials may joke that the only thing the European Union brought Hungary was "a whole lot of Canaanites" (a biblical reference serving as code for Jews). Jobbik hates the EU, to put it mildly, so linking Jews to EU in front of a Jobbik-friendly audience isn't a compliment.

In the 2014 election, Jobbik won about 20 percent of the vote. In that context, Orbán appointing an open anti-Semite to an important ambassadorial post may not be a pure accident, and is a troubling sign that the mainstream and extreme right in Hungary may not be as far off as they appear. Amidst a week of anti-Semitic incidents in Europe linked to the Gaza conflict, the Szabó incident is a reminder that older forms of European anti-Semitism are still around.