Bill de Blasio has promised pre-K for all 4-year-olds. Can it get done?

Share All sharing options for: Bill de Blasio has promised pre-K for all 4-year-olds. Can it get done?

New York's plan for universal pre-kindergarten is pure New York: Do more, faster, than any city has done before.

Mayor Bill de Blasio campaigned on the promise of free public pre-K for every four-year-old in the city. Fulfilling that promise starts this fall with a huge pre-K expansion. A budget deal in March secured $300 million in funding for the first year.

Now the city is working furiously to expand a system of all-day pre-K that served 20,000 children last year to one that will enroll 52,000 this fall — on the way to universal enrollment of about 73,000 in 2016. That's a steep logistical challenge, but it's just the first one the city will face as it works to make de Blasio's dream a reality.

Where do you put so many more students? 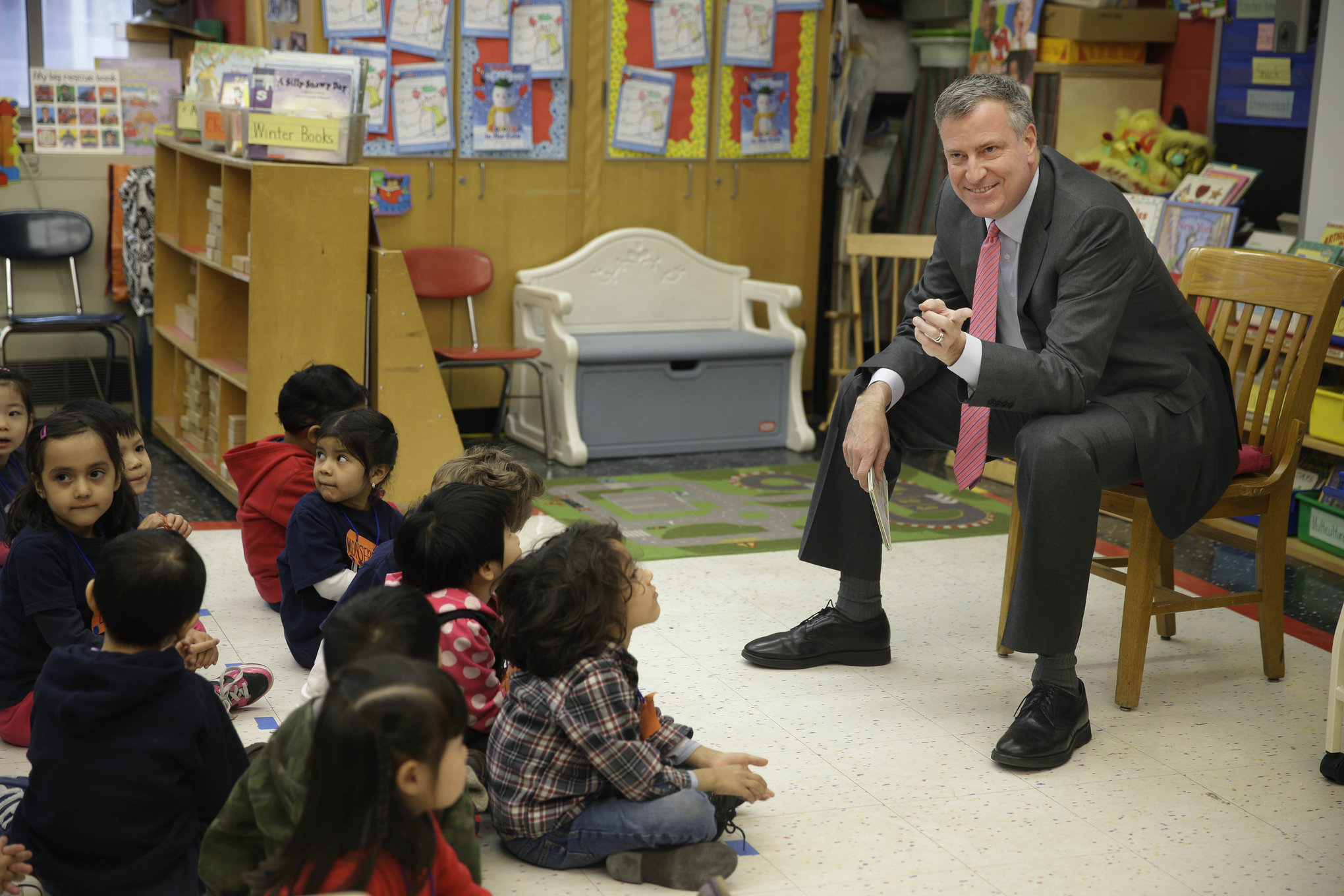 The number of new four-year-olds for New York's pre-K is huge because New York's school system is huge. The district is by far the largest in the country, with about 1 million students.

So it follows that New York's pre-K system will be the biggest too; essentially, the city is adding another grade to the K-12 system.

Even by the standards of other districts that have tried universal pre-K, it's big. Washington DC has a universal pre-K program and popular public preschool; the city serves not only 94 percent of the city's 4-year-olds but 80 percent of its 3-year-olds too. It enrolls just under 12,000 kids.

And the expansion isn't just the biggest — it's one of the fastest. San Francisco's Preschool for All started with just five neighborhoods in its first year, in 2004. After eight years, Denver's universal pre-kindergarten serves only 70 percent of the city's four-year-olds. Even DC, which took pre-K from common to universal relatively quickly, didn't try to more than double the size of its pre-K enrollment in the first year, as New York is doing.

"New York is trying in a matter of six months to build the entire system that DC's got twice or three times over," says Conor Williams, a senior researcher on early education at the New America Foundation. "Don't get me wrong, they have some really smart people… Barring someone with supernatural powers, I just don't know how they get this done in the time they have allotted."

The first challenge: classrooms and teachers 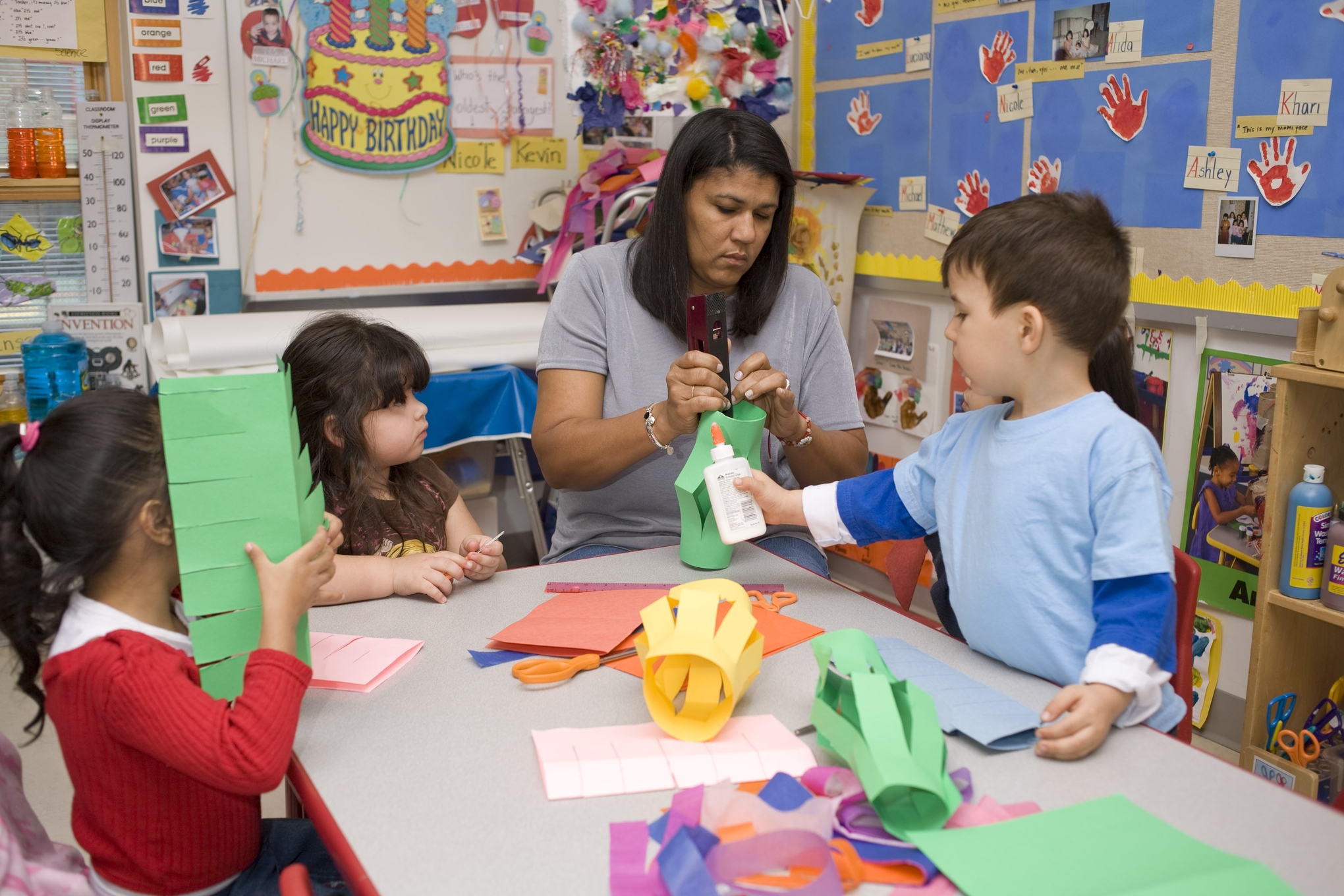 A pre-K teacher with children in a classroom. Universal Images Group via Getty Images

In some cases, programs will switch from providing half-day pre-K to full-day pre-K; other seats will be added from scratch.

The majority of new openings for pre-K will be at community-based organizations — everything from well-known nonprofits to mom-and-pop storefronts. The rest will be in public schools; those seats are already almost full from an enrollment period this spring.

The city plans to hire as many as 1,000 new teachers to meet the demand. The City University of New York has a pre-K work-study program that allows teachers to gain their state credentials while on the job; the Bank Street College of Education is offering workshops later this summer to both new and returning teachers. Job fairs have drawn thousands of applicants.

But those logistical challenges, while daunting on paper, are the easy part.

The tougher challenge: making sure pre-K is high-quality 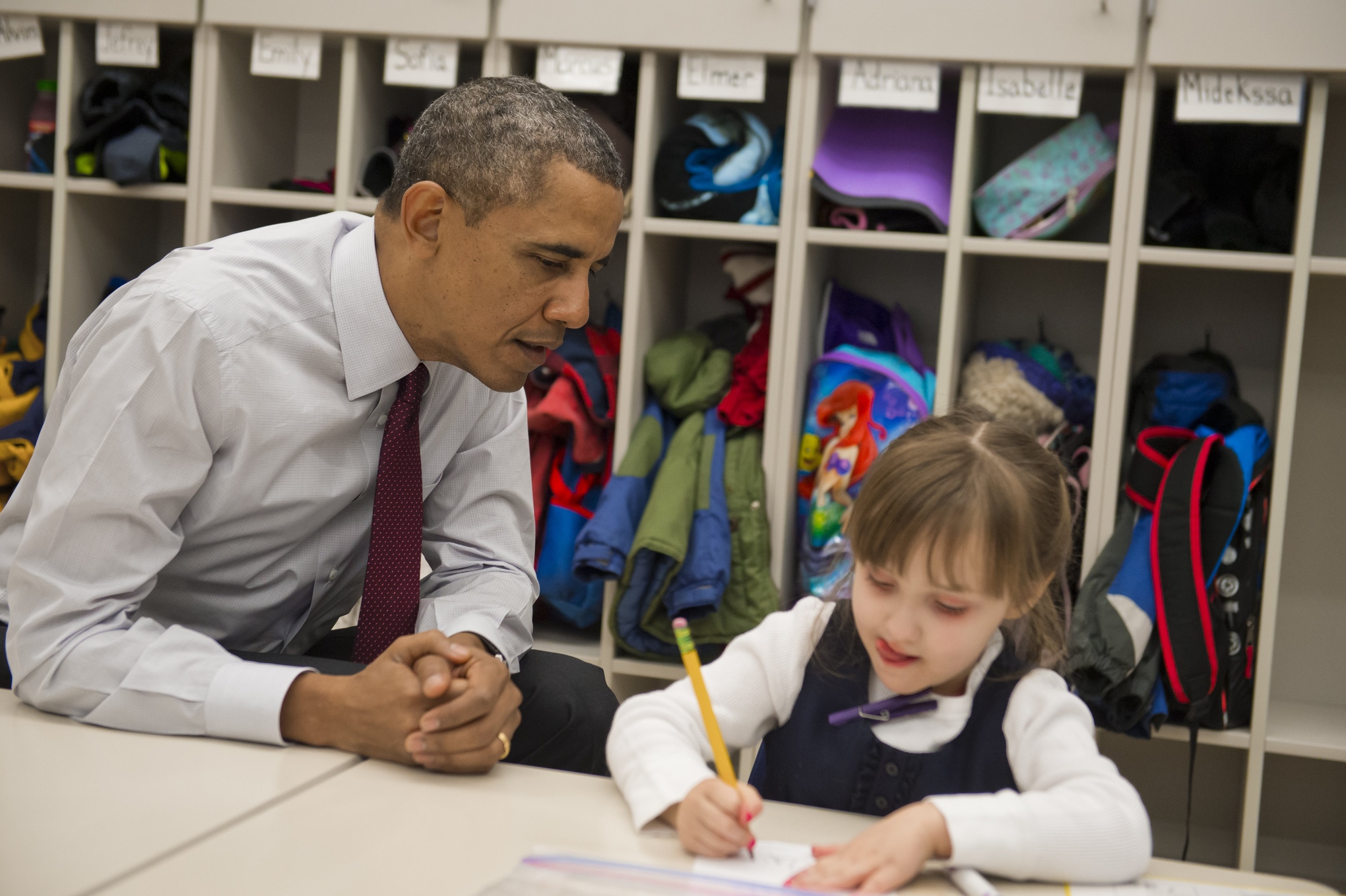 President Obama won't be able to look over all students' shoulders to make sure they're learning. Ensuring quality can be difficult. Saul Loeb/AFP via Getty Images

Just because a city or state offers pre-K doesn't mean that the program is good at preparing 4-year-olds, particularly those from disadvantaged backgrounds, for school.

Ensuring quality historically hasn't been easy. Nationally, about 41 percent of all children enrolled in pre-K are at programs that meet fewer than half of the quality benchmarks from the National Institute for Early Education Research at Rutgers University. Those benchmarks highlight best practices, such as requiring teachers to have bachelor's degrees and class sizes of no more than 20.

New York's program will hit most of those standards. But experts disagree about whether the huge number of community-based providers in New York's pre-K system will help or hurt quality.

It's much more difficult for a standalone center to line up pre-K and kindergarten curriculums than it is for a pre-K classroom in a public or charter school, said Williams, of the New America Foundation. Since students might scatter from the community-based center to several public, private and charter schools, "it's going to be really hard to try to get any kind of reliable alignment," he said.

But quality control might be easier overall at the community-based centers, said Steve Barnett, director of the National Institute for Early Education Research. When school districts in poor areas of New Jersey began offering universal pre-K, the programs outside of schools were of lower quality than the public school programs, he said. But over time, they caught up.

"You can pick and choose and let the poor-quality places go out of business," he said.

Why it matters that New York gets pre-K right 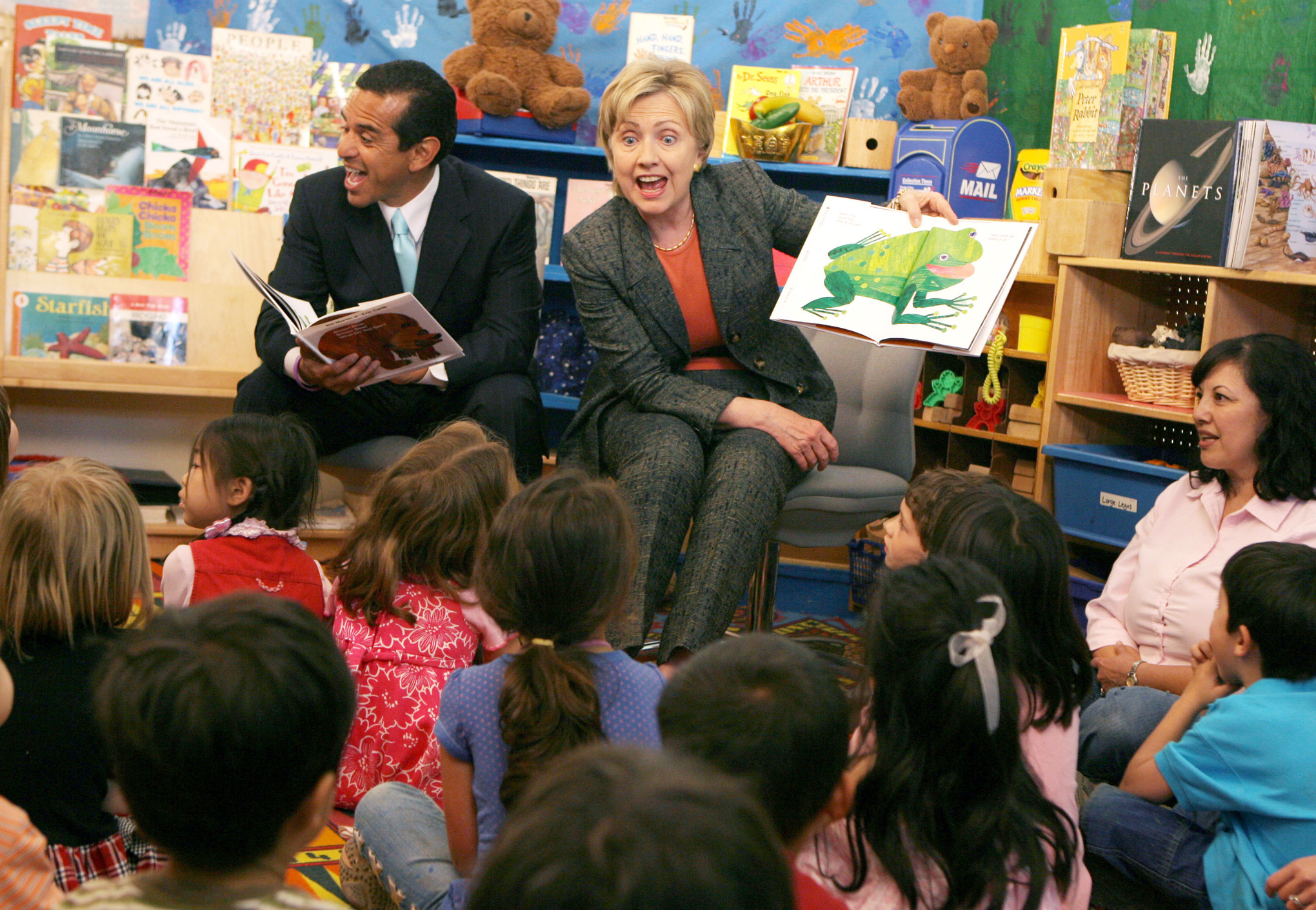 The Obama administration has proposed grants to help states establish universal pre-K programs. Early childhood education is also the closest thing Hillary Clinton has to a signature education issue, and could play a role in the 2016 election should Clinton run for president.

That means existing universal pre-K programs will go under the microscope. Two of the most successful are in Georgia and Oklahoma, where a higher proportion of four-year-olds than average are enrolled in pre-K programs that enjoy high popularity.

The long-term outcomes of New York's experiment — the kinds of things pre-K supporters like to talk about, like reduced delinquency and improved high-school graduation rates — won't be known for years. But how the program goes in the short term is likely to be closely watched.

"If the implementation is bad enough, it can make it very difficult to make that case for other places," Williams says.

A New York-sized success, on the other hand, could bolster other efforts elsewhere.