How the war on drugs drives the child migrant crisis

Share All sharing options for: How the war on drugs drives the child migrant crisis

The child migrant crisis has some roots in a seemingly unrelated policy: the war on drugs.

Since October, 52,000 children from outside the country have come to the US without an adult and strained the US immigration system. Many of them are fleeing a rising tide of violence back home in Central America's Northern Triangle of Guatemala, El Salvador, and Honduras.

Behind that violence is a massive network of criminal organizations that range from elaborate drug cartels to less sophisticated street gangs.

Without drug prohibition, there wouldn't be an illicit drug market to help fund violent organizations' operations

Many of these organizations sell drugs to fund all sorts of operations, including weapon purchases, protection for drug traffickers, and violent acts that help subvert entire towns and cities. Most of these drugs that are grown and manufactured in Latin America flow to the US for illegal sales. In that way, the trade is closely linked to US drug prohibition. If Americans didn't buy illegal drugs, or if drugs could be accessed through other, perhaps legal means in the US, there wouldn't be an illicit drug market to help fund violent organizations' operations.

In recent weeks, advocates of decriminalization and legalization have promoted the connection between US drug policy and the child migrant crisis in the Washington Post, Huffington Post, and CNN. They argue that ending the war on drugs could cripple these criminal groups and end the violence.

That narrative, however, might oversimplify what's going on in Central America. The illicit drug trade now plays an important role in the region, but whether ending the war on drugs would be enough to stop the violence behind the child migrant crisis is a matter of debate between experts. 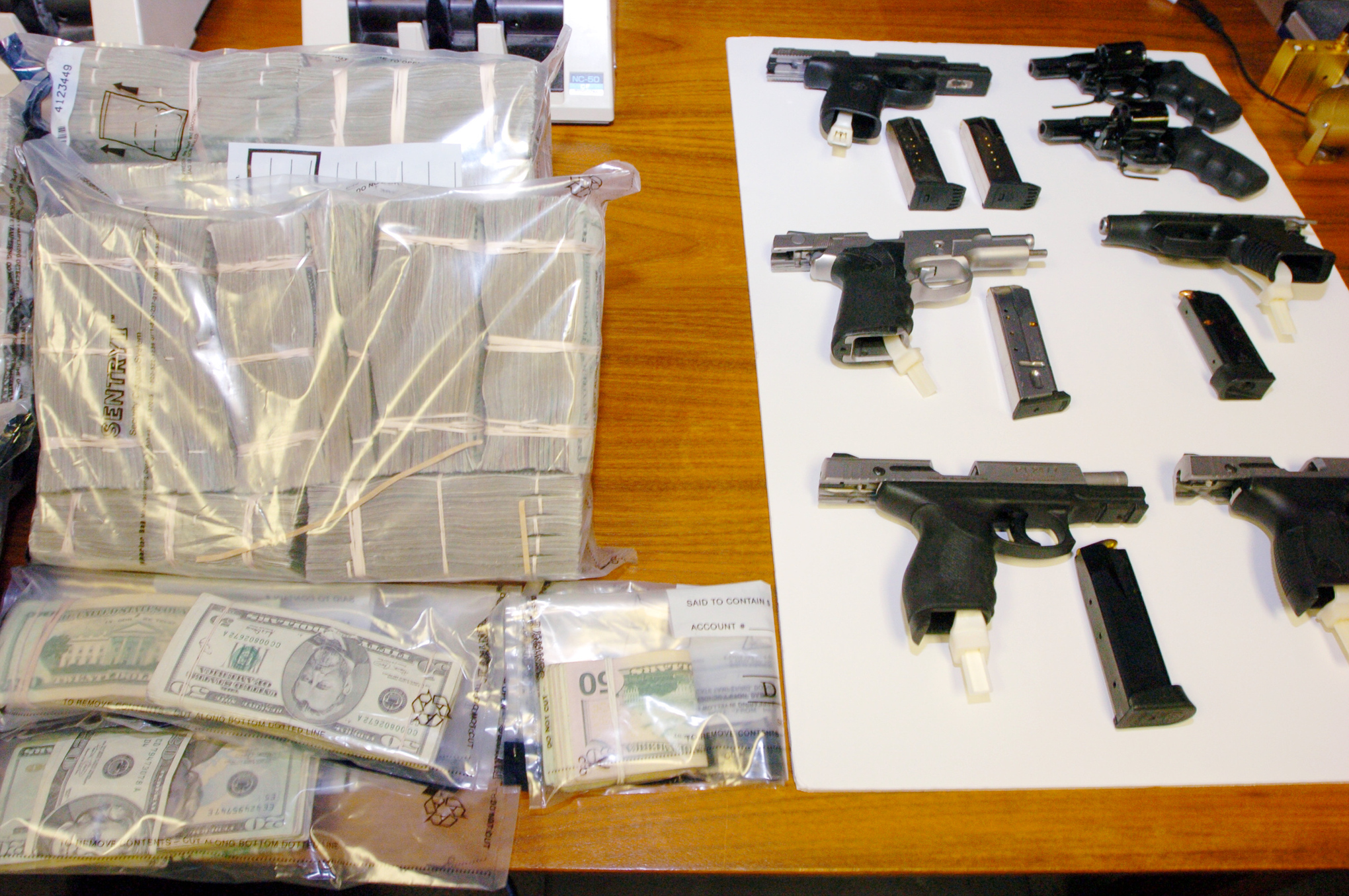 When the US escalated its global war on drugs in the 1970s, the goal was to go after the suppliers — the drug cartels and other criminal producers — to stop what policymakers at the time feared was a national drug epidemic. That way, in theory, the supply of drugs will go down, drug prices will go up, and drug habits and addictions will become unaffordable and unsustainable. Many drug policy experts agree this approach is failing; drug use hasn't significantly dropped over the decades, while drug prices have fallen.

Despite the large-scale failures, many of these same drug policy experts acknowledge it's still possible for law enforcement to clamp down on drug production on a smaller scale — in targeted areas over a short period of time. The problem is that, given the huge global demand for illicit drugs, drug-trafficking organizations don't just cease to exist when law enforcement cracks down. Drug production instead moves to other areas, and the cycle continues.

This concept, known as the balloon effect, is essentially what's happened time and time again during the war on drugs in Latin America. From Colombia to Mexico, the drug war often displaces — but doesn't eliminate — the drug trade.

A 2012 report from the UN Office on Drugs and Crime documented the balloon effect in action: after Mexico ramped up anti-drug efforts in 2006, the Northern Triangle's importance to the flow of cocaine from Colombia to America grew — and drug trafficking activity subsequently expanded in the region.

Adriana Beltran of the Washington Office on Latin America says the shift was particularly bad for the Northern Triangle countries, because they don't have the established government institutions to combat such high criminal activity. "It drove a lot of the activities to Central America, a region that has extremely weakened systems," she says. "Unfortunately, there hasn't been a strong commitment to building the criminal justice system and the police."

Critics of the war on drugs argue this balloon effect is one of the reasons the war on drugs has failed to increase drug prices and reduce use in the long-term. From their perspective, it would be better to decriminalize — even legalize and regulate — all drugs rather than continue displacing a failed drug war into countries that don't have the means or will to fight it.

The UN report takes a different approach: it argues that different countries should better coordinate their anti-drug strategies so that "one country's success does not become another's problem." That kind of coordination, however, would require a substantial commitment in manpower and resources to the war on drugs — a commitment many countries cannot afford or might not be willing to take on.

In the case of Central America, neither approach — decriminalization or the kind of commitment the UN report backs — appears to be on the table. As a result, countries in the region are faced with an inadequate war on drugs that sometimes displaces the drug trade but never comes close to eliminating it. The people in these countries are stuck with violent criminal organizations with few means to fight them.

But other factors contribute to the child migrant crisis as well 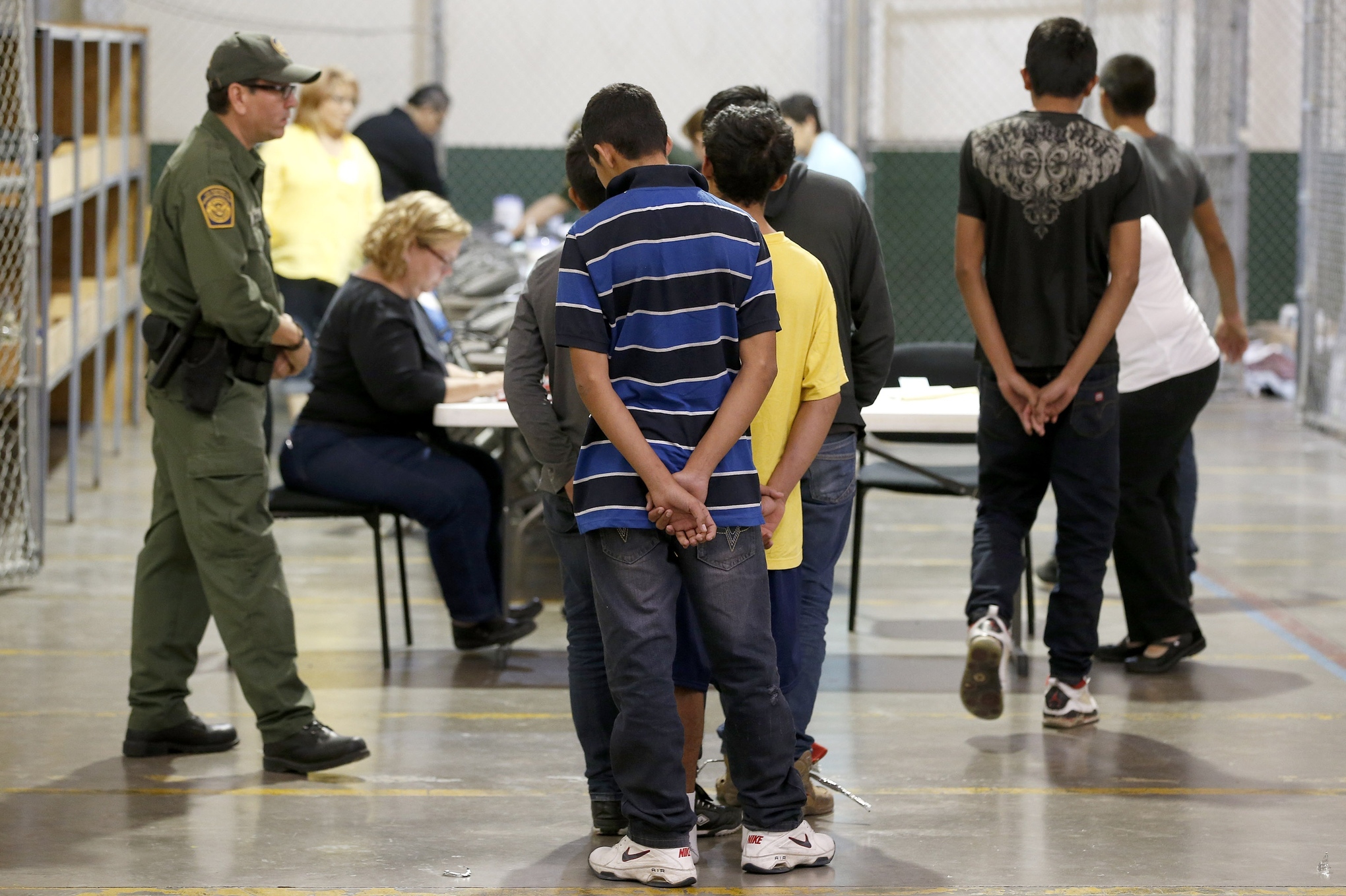 Child migrants line up at a US holding center. (Getty Images)

Beltran argues that, while the illicit drug trade significantly contributes to the violence in Central America, it's far from the only issue. She points to weak governments, a lack of economic opportunities, and widespread corruption as factors that allow criminal organizations to recruit, kidnap, and kill people in Central America without fear of retaliation from law enforcement.

These other factors, Beltran explains, shouldn't be understated. If someone has no economic opportunities at home, they're much more likely to turn to criminal activities to make ends meet. And if no credible government organization is there to prevent such criminal activities, a turn to violence can easily go unpunished.

Drug trade or not, this set-up means criminal groups are often free to terrorize and extort Central American communities for their own means.

"You have different types of violence in Central America," Beltran says. "It's not all drug-related."

Indeed, the 2012 UN report goes to great lengths to show that violence in several Central American countries isn't always tied to the drug trade. The report argues, in fact, that disrupting the drug trade could lead to more violence in the short term by encouraging criminal organizations to rely on other, more violent activities to continue their operations.

"If cocaine trafficking were to disappear tomorrow, the impact on violence would be unpredictable," the UN report states. "Diminished flows can actually exacerbate violent competition, and more direct forms of criminal income acquisition (such as extortion, robbery, and kidnapping) can cause more violence than drug trafficking."

The report uses the Caribbean as an example: when the drug trade declined there, the region remained one of the world's most violent.

Plus, not every criminal organization in Central America is directly linked to the drug trade. Street gangs known as the maras — M-18 and MS-13 — historically relied on extortion for most of their revenue, according to the UN report. These organizations have grown and bullied their way through the region without directly engaging in the drug trade.

The drug trade is still very profitable and accessible 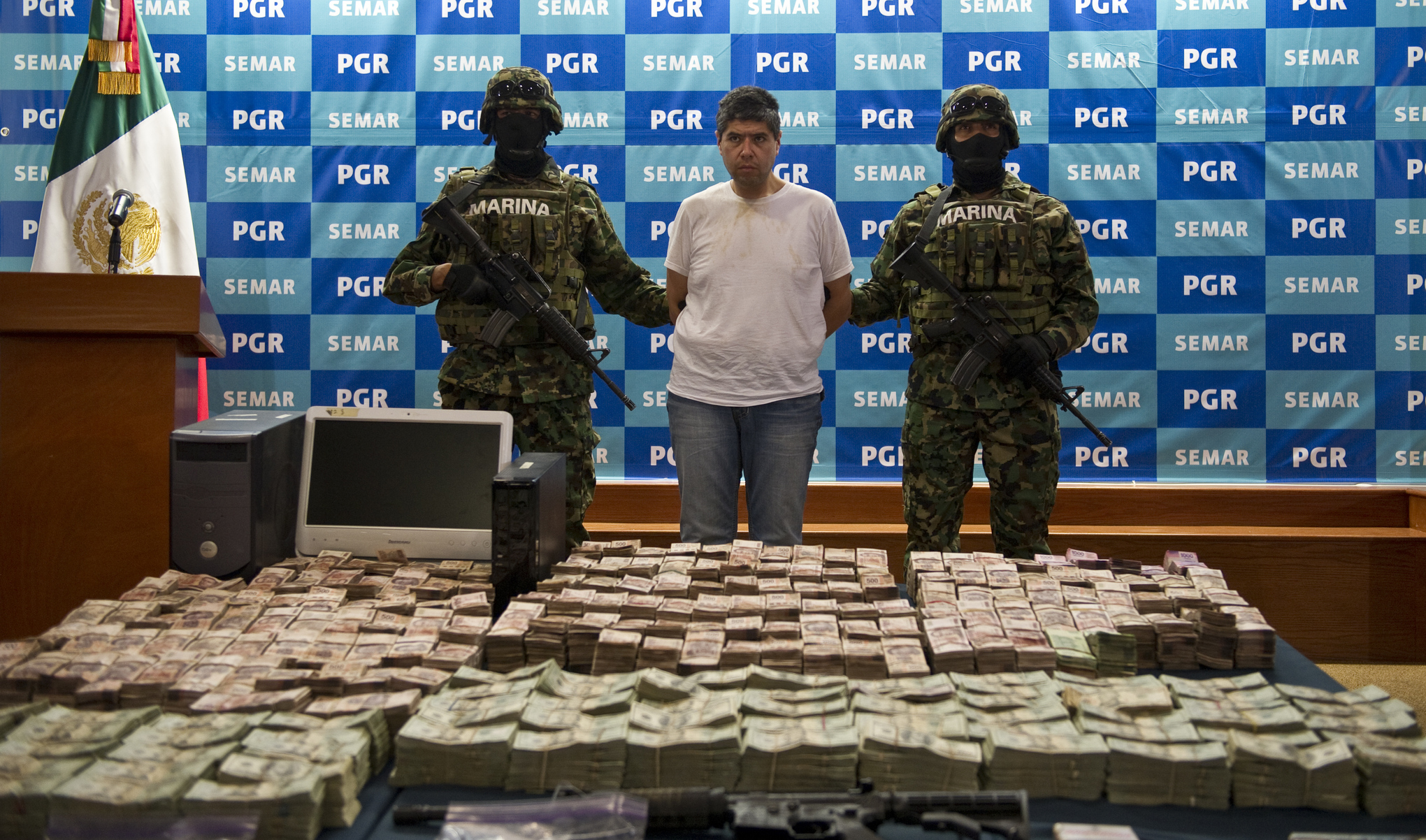 Mexican marines present an alleged member of the Zetas drug cartel and money seized during his arrest. (Ronaldo Schemidt / AFP via Getty Images)

Street gangs are far from the only criminal organizations involved in Central America. Much larger groups, including international drug cartels such as Los Zetas, are also heavily invested in the region, and they sometimes contract the maras' best gunmen and killers for their own needs. In this way, the drug trade still plays a major role in the region's criminal organizations, both directly and indirectly.

The more limited connection between the maras and drugs also appears to be changing, according to a 2013 International Assessment and Strategy Center report. As MS-13 expands and becomes more sophisticated, it's also deepening its ties with drug cartels and, subsequently, the drug trade. This transition speaks to one of the economic realities facing criminal organizations: while they can rely on human trafficking, extortion, or gun running for a lot of revenue, drugs are still among the most accessible and profitable of criminal commodities.

The economic reality is why many drug policy experts say that, even if ending drug prohibition doesn't kill the cartels and other criminal groups, it will significantly weaken them.

"At first [cartels] would try to do other business, but the fact is that there's nothing as profitable and easy to sell in the black market as drugs," Isaac Campos, a drug history professor at the University of Cincinnati, previously told me. "How much easier is it to move two kilos of cocaine, which are worth $50,000 or so, across the U.S. border than it is to move $50,000 worth of assault rifles?"

There is, however, always going to be a black market for those assault rifles. Whether that market would be enough to sustain the kind of criminal activity driving Central Mexico's children outside their homes is very much a matter of debate.

To learn more about the child migrant crisis, read Vox's full explainer and watch the two-minute video below: