Cosplay: Why people dress up like comic book characters

It's that time of year again. The sensory overload known as San Diego Comic-Con has begun. Studios will promote upcoming releases, movie and TV stars will display their best "we're so happy to be here" smiles, and there will almost certainly be some secret trailer that everyone will be talking about.

Related I love comic books, but I hate Comic-Con
X-Men, Star Wars, and the Hunger Games will dominate San Diego Comic-Con this year

But the most important element of any comic convention is the fans, many of whom partake in cosplay. Here's a brief guide to why people dress up like esoteric video game characters and what it is about comic conventions that inspires them to don costumes:

Cosplay is short for costume play. In plain English, cosplay refers to someone dressing up as a superhero or a character from a video game, comic book, or movie. Cosplay's popularity surged in the '90s, when Japanese anime and manga gained popularity in the US. Cosplay is so popular now that there's even a television show about it.

You know, what? This story might be more easily told in pictures. Here are a couple of cosplayers dressed up as characters you might recognize: 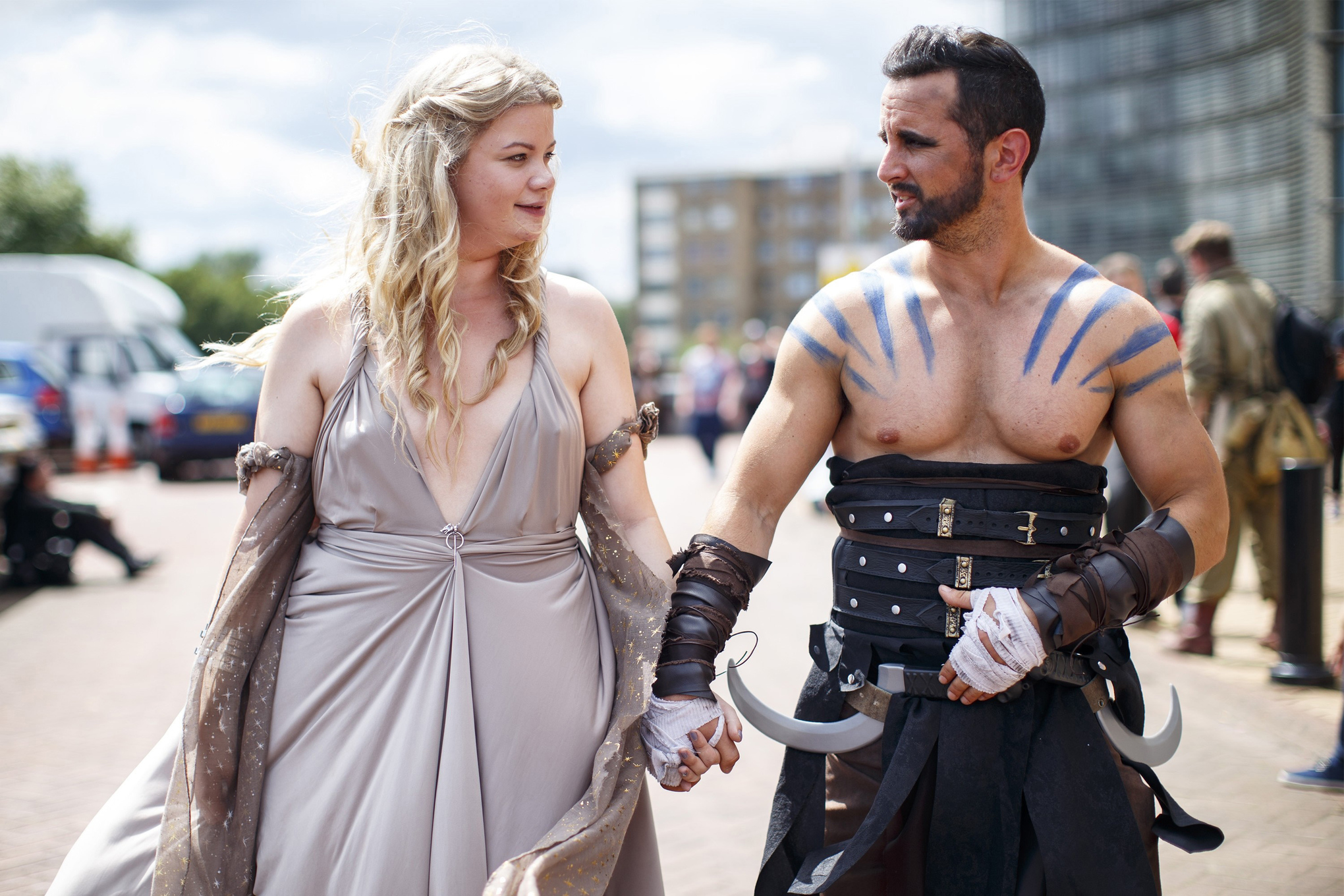 A couple dressed up as Daenerys Targaryen and Khal Drogo from Game of Thrones. (Photo by Anadolu Agency via Getty Images)

And here's a shot of a cosplayer dressed up as a superhero: 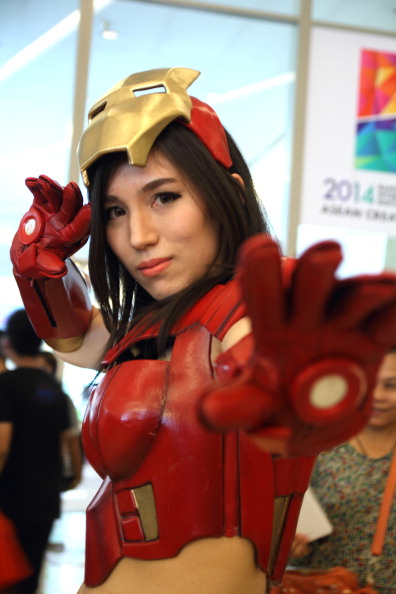 (Photo by Piti A Sahakorn via Getty images)

Finally, here are a couple of cosplayers getting really into their characters:

A couple of cosplayers from Syfy's Heroes of Cosplay.

Is cosplay the same thing as Live Action Role Play (LARP or LARPing)?

The two could be considered similar, since both activities feature fans dressing up in costume. But LARPing involves role playing and elaborate "battles":

That isn't a requirement in cosplay.

Who cosplays? Where does cosplaying happen?

Anyone can cosplay anywhere. But you'll usually find cosplayers at comic conventions, especially the country's bigger draws like San Diego Comic-Con and New York Comic Con. At conventions, cosplayers can show off their costumes in front of fans who will actually recognize the characters (even the obscure ones) they're portraying, as opposed to drawing the blank stares they might receive at their neighborhood rec center or TGI Friday's.

Why do people cosplay?

For fun. Like any sport, hobby, or other form of entertainment, the main reason people cosplay is that they enjoy it. In the US, Americans spend tons of money on an entire holiday dedicated to putting on a costume, and there are factions of people regularly reenact the Civil War or pretend to live in 18th-century America, complete with Colonial garb. So seeing someone get a thrill out of dressing up as Lulu from "Final Fantasy" shouldn't be that difficult to understand. 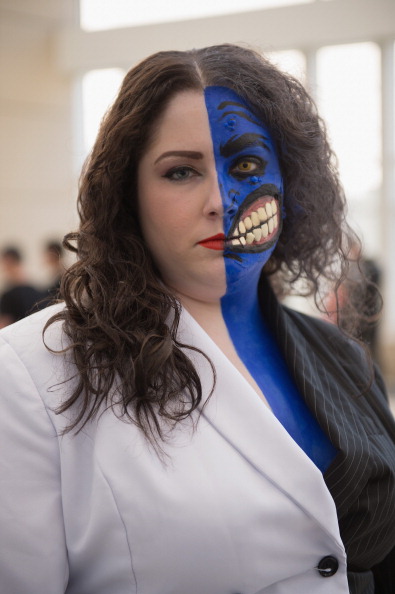 "Be it love of a character, enjoying the attention of being in an elaborate costume or portraying a loved character, or the appreciation from peers from completing a complex costume ... there are many motivations for donning spandex or cape," Molly McIsaac, a cosplayer, wrote for IFanboy, a site devoted to comic book culture.

Some cosplayers make statements with their cosplay. "Crossplay" is a term used to describe a cosplayer who dresses up as a character of a different gender. "Many female cosplayers find the act of dressing and embodying a male character empowering," Theresa Winge, a professor at Michigan State, told CNN. "Male characters often include opportunities to wear clothing not afforded to many female characters, not to mention the weapons."

In the cosplay world, there are varying degrees of devotion, too. Some people will just put on a mask they purchase from a store, while others make their costumes by hand and really get into character. A large number of cosplayers see cosplay as a type of performance art, and some design custom costumes that take days or weeks to build. The latter usually compete in cosplay competitions.

Wait, there are cosplay competitions?

At comic conventions, there's usually a costume competition and party of some sort. Cosplayers who enter the competition model their costumes in front of an audience and a panel of judges, in hopes of winning prizes (sometimes cash) for their costume/cosplay. At San Diego Comic-Con, the annual cosplay contest is called the Masquerade and recognizes cosplayers in categories like Best in Show, Best Original Design, Best Workmanship, and Best Young Fan.

Some people have made a career out of cosplaying. For example, cosplayers who are looking for jobs in costume design may start by showing off their skill at cosplay events. Yaya Han, a costume designer and cosplay legend, parlayed her success on the cosplay circuit into regular public appearances and is now starring in her own comic. Han and a handful of other talented cosplayers were also featured on Syfy's Heroes of Cosplay reality show.

Has there ever been anything controversial or scandalous about cosplay?

Yup. What you have to keep in mind about cosplay is that the source material mainly comes from comic books and movies. And the representation of women in that source material hasn't always been realistic or body-positive. Despite hard work from authors and creators like Kelly Sue DeConnick who are pushing for changes in the depiction of women characters, in comics those women characters tend to be scantily clad. They command unrealistic body proportions, and they are often depicted in overtly sexual poses.

Women who want to cosplay as women characters can find that aspect daunting. And while the depiction of male superheroes can be as unrealistic as that of female superheroes, it's reflected and received in cosplay much differently.

Related "I feel like a force no one can stop": How cosplay empowers women

Women cosplayers are sometimes bullied for their weight. And there are even some mean-spirited cosplay websites that fat-shame and post pictures of heavier cosplayers under categories like "fatties" or "too fat to cosplay."

While there is some good news — the "Cosplayers against bullying" movement is gaining in popularity, and conventions like Emerald City Comicon employ a zero-tolerance harassment policy — some of the bullying/harassment that happens in the world of cosplay is just really ugly, a major downer when you consider that a lot of people are cosplaying to have fun.

How do I get into cosplay?

Attending a comic convention might be a good place to start. Also, it's guaranteed that there will be some amazing costumes on display at San Diego Comic-Con this week. If you live anywhere nearby, head downtown to see who might wander past.