What does Israel want out of the Gaza offensive?

Share All sharing options for: What does Israel want out of the Gaza offensive?

On the surface at least, it's pretty clear that Israel invaded the Gaza Strip on Thursday to destroy tunnels used by the militant group Hamas, which has fired thousands of rockets out of Gaza into Israel and which relies on those tunnels to access Israel and Egypt. But, surely, this won't destroy Hamas outright. The group will be able to dig more tunnels or will find other ways to resupply themselves. And Israel knows that — its stated objectives, notably, don't include ending Hamas's rule in Gaza. Meanwhile, more Israeli soldiers have died during the ground offensive than in any war since 2006. And many, many more Palestinians than Israelis have been killed. So what's the point of all this suffering? Why did Israel launch an invasion that will cost Israeli lives but likely only have a near-term impact on Hamas?

Answering that requires understanding how Israel thinks about military threats. For a long time, Israel has believed that it can't ever fully eliminate the threats to its survival: it can only manage them. That means using military power to deter attacks on Israel and, sometimes, going to war to punish and weaken enemies that Israel thinks pose a real threat.

This approach served Israel well for a time, or at least has worked enough to stave off total defeat. But the emphasis on managing problems over solving them can lead to short-term thinking, and it's not clear that the way this strategy has been applied to Hamas — euphemistically called "mowing the grass" — is really working. Here's a rundown of the past, present, and future of Israel's strategy, and how it helps explain the current Gaza offensive.

Israel's strategy grew out of Israel's war with Arab states 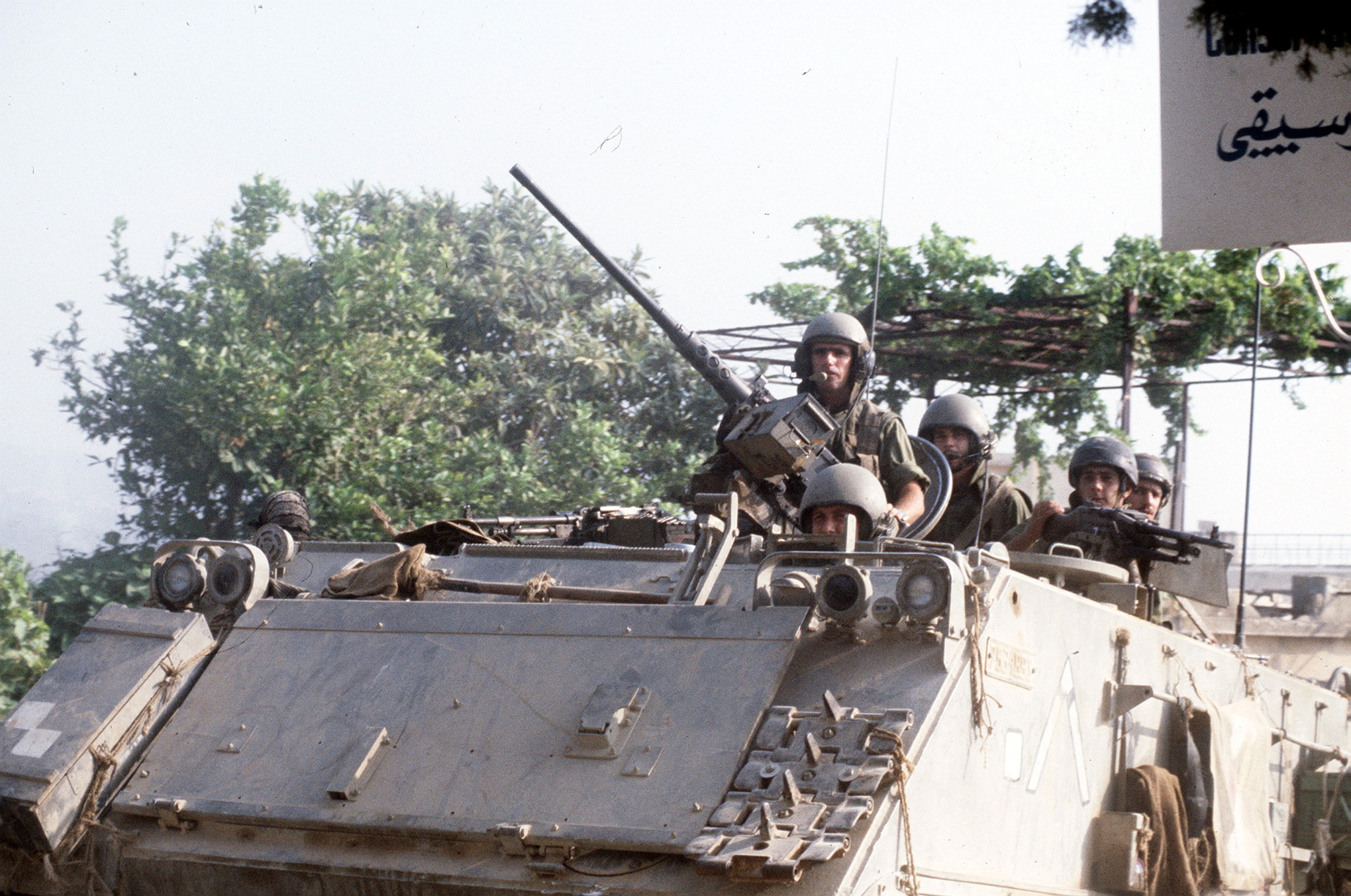 For most of Israel's existence, conventional Arab militaries, of countries such as Egypt and Syria, were its greatest threats. Think the three wars Israel fought against its Arab neighbors in 1948, 1967, and 1973.

During that period, Israel believed that Arab states wouldn't willingly accept Israel's continued existence, making an immediate peace deal impossible. Israel also knew it couldn't coerce its neighbors into signing a peace treaty by force. So the country developed an alternative approach to managing a threat it believed could not be immediately solved. Israel would have to live with a certain level of threat, it believed, but would use its military to occasionally weaken those threats and ensure they didn't ever reach truly existential proportions. The point of Israel's strategy was to ameliorate its security problems until a political solution to the threat from Arab states could be found.

'Hamas, like any of these other previous threats, needs to be managed'

"Israel's military doctrine has long been to cause damage to its enemies, without being able to take them over completely," Brent Sasley, a professor at the University of Texas at Arlington who studies Israeli politics, says. "Because it never could."

Israel applied this strategy to militant groups as well. "Israel has suffered from a terrorism problem since 1948," Daniel Byman, a professor at Georgetown, writes in an exhaustive study of Israeli counterterrorism's successes and failures. In Byman's assessment, Israel's approach to individual wars has "border[ed] on brilliant." Yet it "often blunders from crisis to crisis without a long-term plan for how to solve the problem once and for all." That's because, in Israeli strategic thought, many of these problems just can't be fully solved by military force.

The applies today. "Israelis see themselves as being under siege," Sasley says. "Hamas, like any of these other previous threats, needs to be managed. You can't defeat them completely. They need to be managed."

The Gaza invasion is about 'mowing the grass' 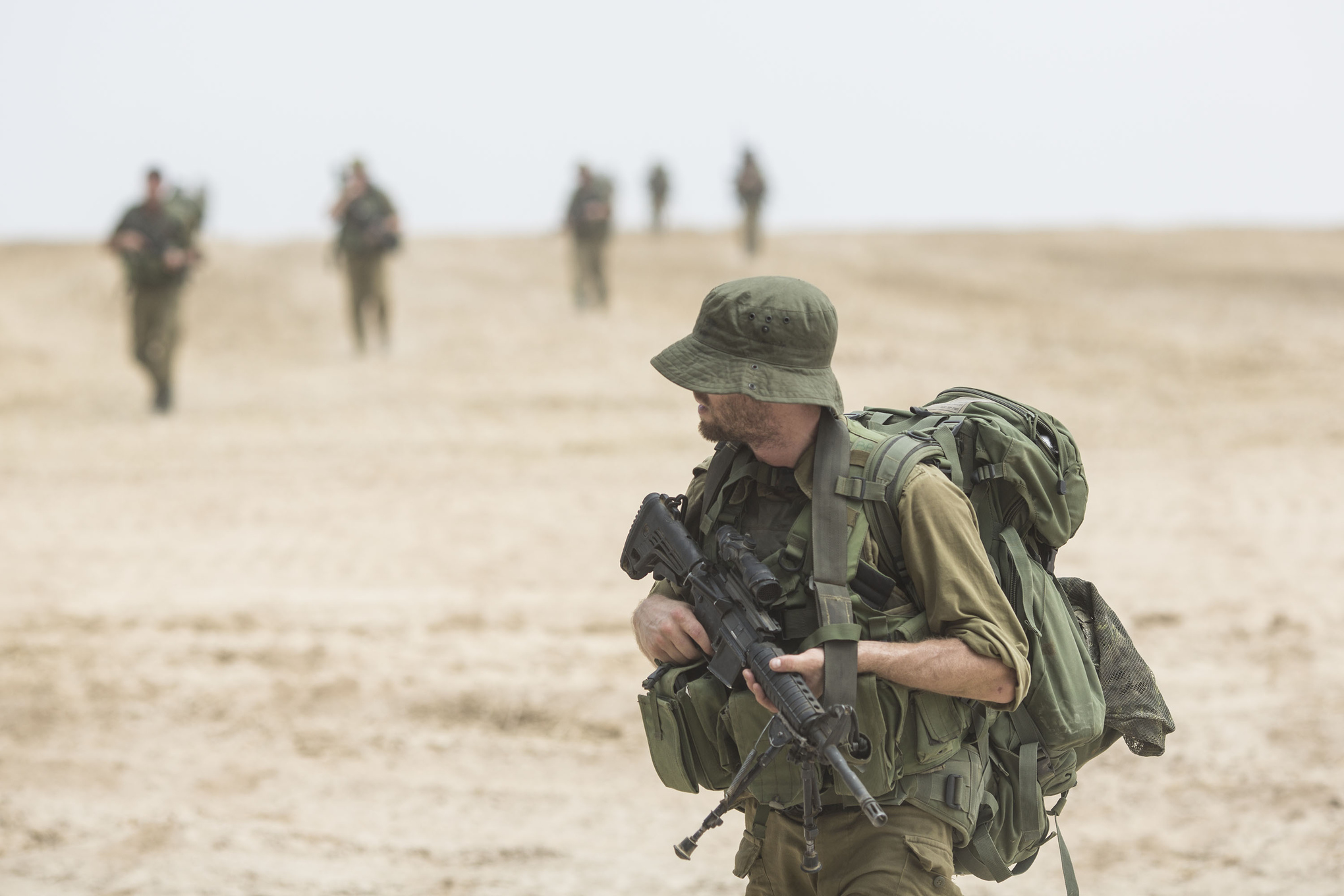 Obviously, Israel recognizes that the threats from groups like the Gaza-based militant group Hamas aren't the same as the Cold War-era threats it faced from Arab invasions. So it's developed a new version of its long-held threat management strategy, which is often called "mowing the grass." It's a pretty creepy term, as it implies that periodically killing people is the same as keeping your lawn groomed. But that's the basic analogy: Hamas, like grass, can't disappear, but it can be regularly cut down to size. And, like mowing the grass, it's implied that this is a routine that will be continued forever.

According to Efraim Inbar and Eitan Shamir, Israeli academics based at the Begin-Sadat Center for Strategic Studies, the basic difference between "mowing the grass" and Israel's old strategy is that the end-goal has changed. In the era of wars with Arab conventional armies, Israel hoped that eventually "a long and violent struggle, punctuated by decisive battlefield victories, could eventually lead Arab states to accept the notion of Israel's permanence." In other words, Israel believed that its threat-management strategy would eventually lead to peace, which in cases such as Egypt it did.

Israel does not believe the same thing today about applying this strategy to non-state militant groups. Israel sees Hamas and other militants as "implacable enemies, who want to destroy the Jewish state and there is very little Israel can do on the political front to mitigate this risk."

That thinking points to regular Israeli military assaults, like the Gaza invasion, designed to "cripple" Hamas' military capabilities such as its ability to launch rockets, without any regard to finding a political solution. Mowing the grass attacks are also, according to Inbar and Shamir, designed to make future wars less likely. The idea is that if Hamas is afraid of Israeli retaliation, it'll voluntarily reduce its rocket fire into Israel, thus requiring fewer "mowing the grass" attacks by the Israeli military.

Inbar and Shamir see this week's Gaza incursion as a textbook example of this strategy. Sasley sees things similarly. Israel, according to Sasley, wants "quiet." He believes that Israel would actually tolerate a number of rockets out of Gaza, so long as those rockets are not from Hamas, "they don't cause any damage, certainly don't kill any Israelis, and there's nothing else that requires a bigger response." Once that's happened, Israel will see — here's that stomach-churning metaphor again — the grass as cut down to an acceptable length (until it grows back, anyway).

But does 'mowing the grass' actually make Israel safer? 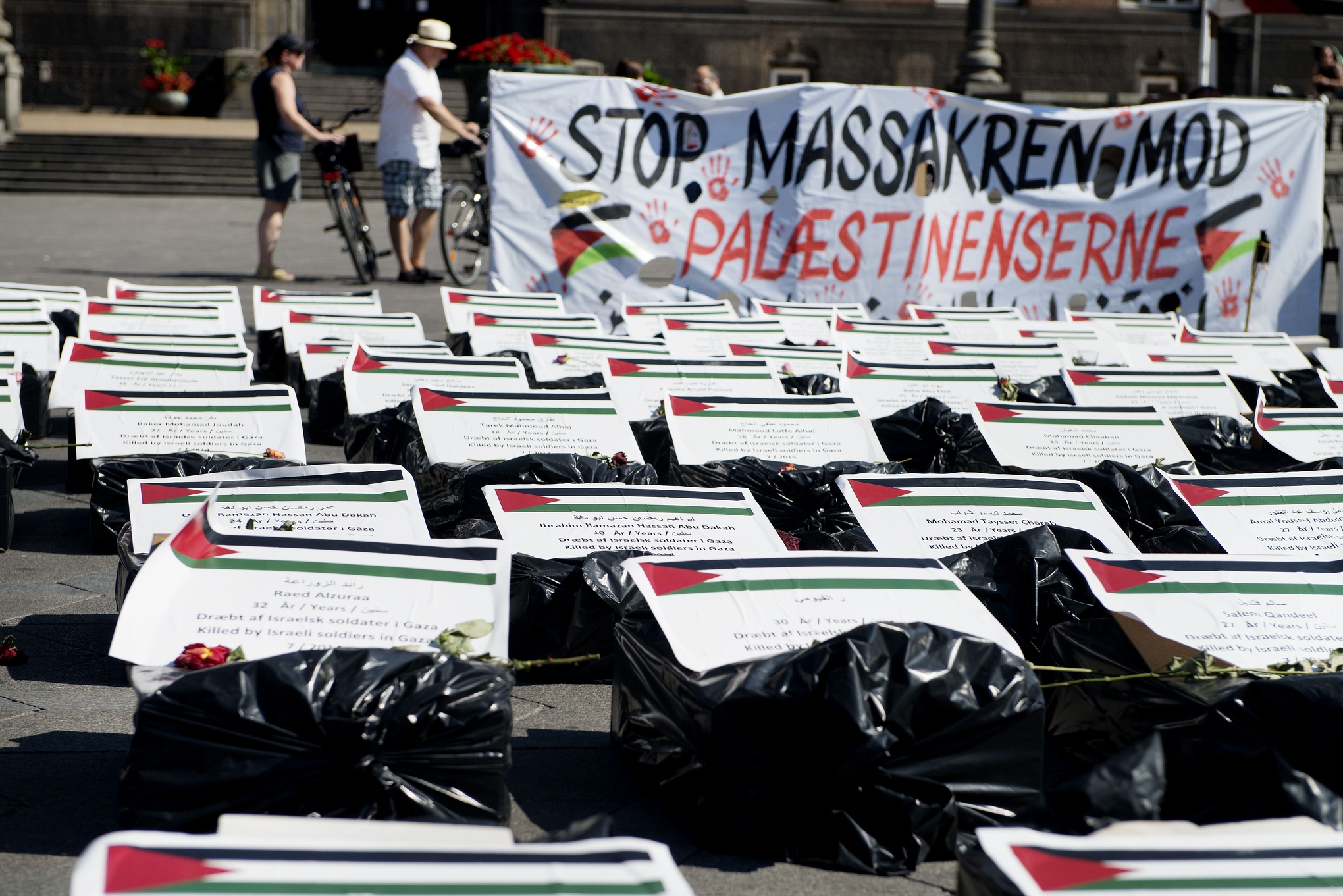 A Danish protest against the fighting in Gaza. Liselotte Sabroe/AFP/Getty Images

Just for a moment, set aside whether "mowing the grass" is a morally acceptable strategy. Even on its own terms — enhancing Israeli security — does it work? Will the Gaza invasion actually make Israel more secure in the long-run?

That's far from clear. Israel's approach to Arab states worked, after a fashion, because it accomplished critical political ends. Some of Israel's greatest enemies, such as Egypt and Jordan, gave up on the quest to destroy Israel. They've even signed peace treaties with Israel, making the Jewish state far more secure than it was during the Cold War.

But there's no equivalent political endgame in mind here. Israel has no vision for how to "solve" the Hamas problem, which means rocket fire and periodic crises are inevitable for the foreseeable future. In both 2009 and 2012, Israel fought similar wars against Hamas, both designed to stop rocket fire out of Gaza. Yet here we are today.

"That horrible term, mowing the grass," Sasley says, is "a holding pattern. Israel doesn't have a national security strategy, it's never articulated one. That's the problem."

Israel has no vision for how to "solve" the Hamas problem

Hamas rocket fire isn't, in Sasley's view, an existential threat. What is, according to Sasley, is the country's continued inability to diplomatically resolve the dispute with the Palestinians. "The health of Israel as a Jewish and democratic state," he says, "can't survive the status quo" of Israeli occupation of the West Bank and blockade of Gaza.

Hamas has already won. It has shattered the necessary illusion for Israelis that a political stalemate with the Palestinians is cost-free for Israel. It has shown Israelis that, even if the Palestinians cannot kill them, they can extract a heavy psychological price. It has also raised the profile of the Palestinian cause and reinforced the perception that the Palestinians are weak victims standing against a powerful aggressor. Down the road, that feeling is sure to be translated into pressure on Israel, perhaps by politicians and certainly by social movements whose objective is to isolate Israel politically and damage it through economic boycotts.

Inbar and Shamir disagree. "Buying time is a legitimate goal," they write. "In the current strategic situation Hamas is isolated, making the rebuilding of its military assets a longer process. ... A war of attrition against Hamas is probably Israel's fate for the long term."