Share All sharing options for: States that deny anti-psychotics to the poor have lots of mentally ill people behind bars

About a decade ago, Medicaid programs were struggling to keep up with skyrocketing prescription drugs costs. Between 1997 and 2002, drug spending in the program for low-income Americans grew by about 20 percent annually, hitting $23.7 billion in 2010.

Medicaid directors began looking for ways to tamp down on those costs. One of the most popular policies was something called "prior authorization" for a new wave of more expensive, anti-psychotic drugs used mostly to treat schizophrenia and bipolar disease. These policies, in a sense, worked: they helped rein in how much Medicaid spent filling prescriptions.

But in another sense, they may not have worked at all: a growing body of research has begun questioning whether restricting drug spending may have just shifted costs elsewhere — particularly, into the prison system.

A team of researchers published data Tuesday in the American Journal of Managed Care showing that prior authorization policies in Medicaid programs have significantly higher rates of severe mental illness in their prison populations.

Schizophrenics living in states with prior authorization requirements in Medicaid were 22 percent more likely to be jailed for a non-violent crime than those in states without those restrictions.

"What's novel in this paper is documenting a link between Medicaid policy and prison populations that's never previously been looked at," says Darius Lakdawalla, a professor at University of Southern California and study co-author says.

The increase in mental illness among America's inmate population is a story much larger than Medicaid pre-authorization policies. It stretches back for decades, as states have tried to find the best way to care for mental health patients — and do so in a way that fits their budgets.

Over the past 60 years, there's been a nationwide movement for deinstitutionalization: moving mental health patients out of long-stay psychiatric facilities and into more community-based treatment centers.

The main goal of deinstitutionalization, which began in the late 1950s, was to get patients out of large, public institutions where they were largely hidden from public view. Instead, the hope was to give mental health patients the treatment they needed to integrate into the community, with a support system that encouraged access to jobs and housing.

The worry among advocates, however, is this hasn't gone as planned: some patients don't receive the help they need and, without a state hospital for treatment, end up in prison or jail. 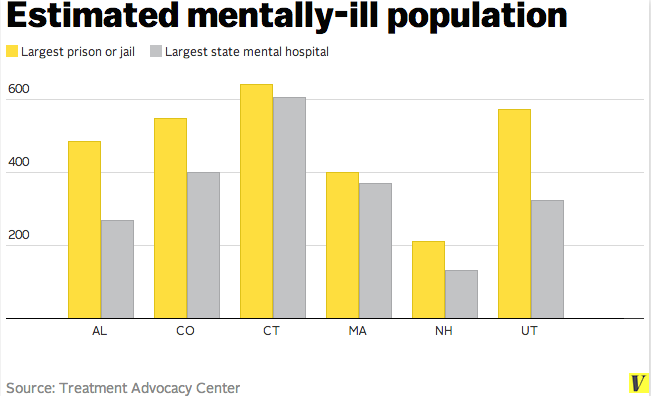 These big shifts in institutionalization are near certainly part of the explanation for why states have high rates of mental illness among inmates. The new paper out today suggests that Medicaid programs, too, might also play a role. 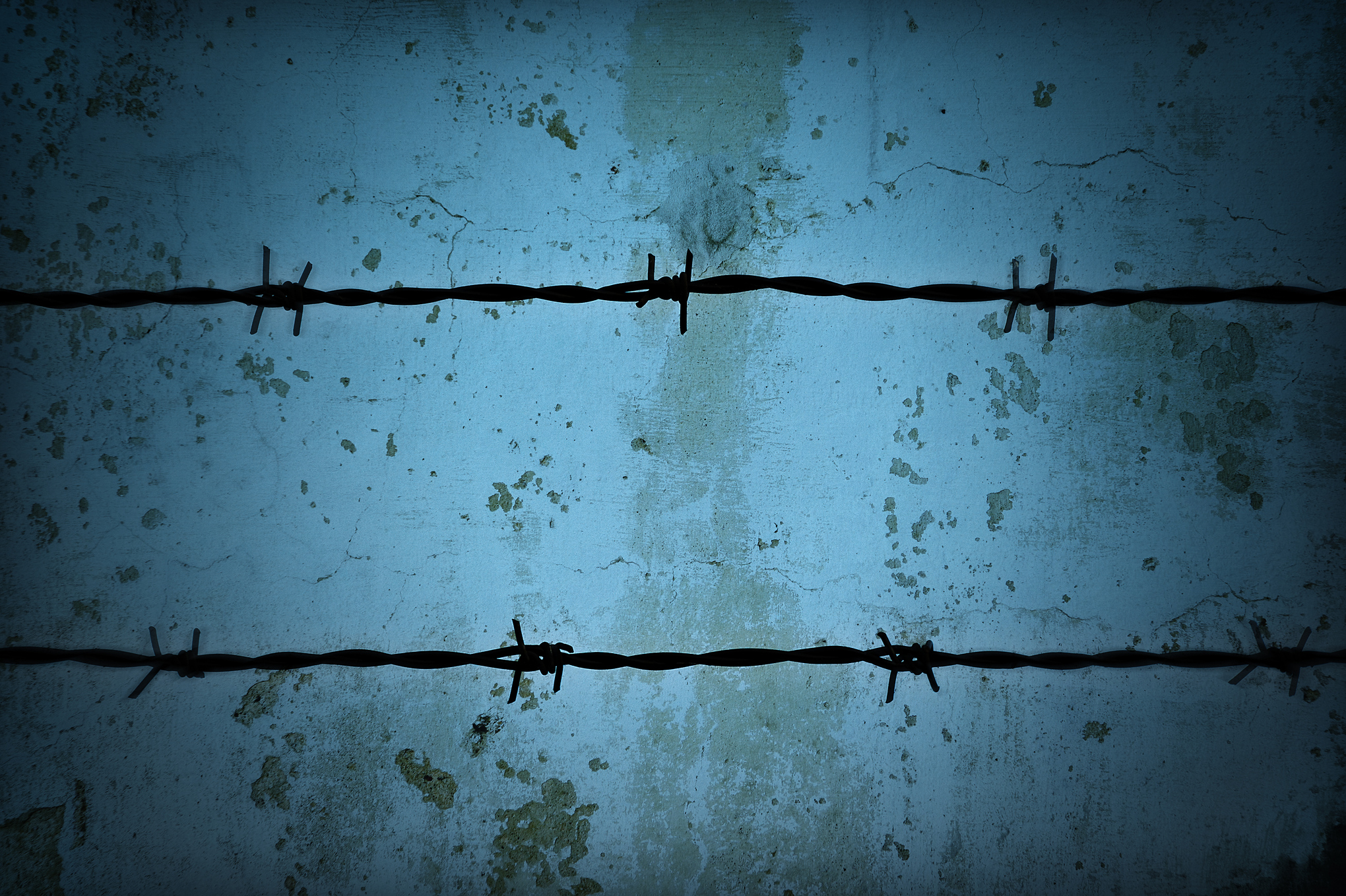 This could, in theory, be exactly what states are aiming for: they're saving money because they don't have to pay for as many prescriptions. Unfortunately, that doesn't seem to be the entire story.

Another paper Lakdawalla has worked on, published this spring, found that states with prior authorization policies tended to see their spending on hospital spending go up faster. The idea here is that patients who didn't receive anti-psychotic medication may have ended up having to take more trips to the hospital in order to control their symptoms."In that respect, Lakdawalla says, "It doesn't seem like you're getting a lot of bang for the buck in reducing health care costs. There is collateral damage."

Like hospitalizations, higher incarceration rates may be another one of those unintended consequences of making it harder for patients to access anti-psychotic medications. This study doesn't prove that for sure: it looks at correlation, rather than causation between incarceration rates and Medicaid policy.

"From a policy perspective, this suggests there may be a link between underfunded mental health systems, criminal activity and cost-shifting onto the prison system," he says.  "It's probably not all about prior authorization, but could be the larger mental health spending picture."