Does going on vacation make you more creative when you get back?

Share All sharing options for: Does going on vacation make you more creative when you get back?

The evidence is pretty clear that taking a vacation makes people more productive when they get back to work.

But could they be more creative too?

That's the claim of a new study, in which Dutch researchers gave creativity tests to workers before and after they took a trip and found they scored better afterward.

Still, it's a very small study and may not provide an accurate measure of the kind of real-world creativity that yields actual benefits. Let's take a closer look.

The study involved 46 Dutch workers who went on vacations that lasted between two and three weeks during the summer. Eighty percent of the vacations were to European destinations, while 13 were to the US, and 7 percent to other places abroad.

The workers demonstrated higher scores for flexibility after their vacations

Two weeks before and one week after their vacations, the workers took a widely used test called the Alternative Uses Task. It gives you an object — say, a brick — and asks you to come up with as many uses of it in a short period of time (for example, a building material, a doorstop, a weapon, something to throw through a window, a paperweight, etc.)

Interestingly, the workers demonstrated higher scores for flexibility after their vacations (they took the tests for new objects, so their old ideas were no advantage). They didn't, however, improve on originality. 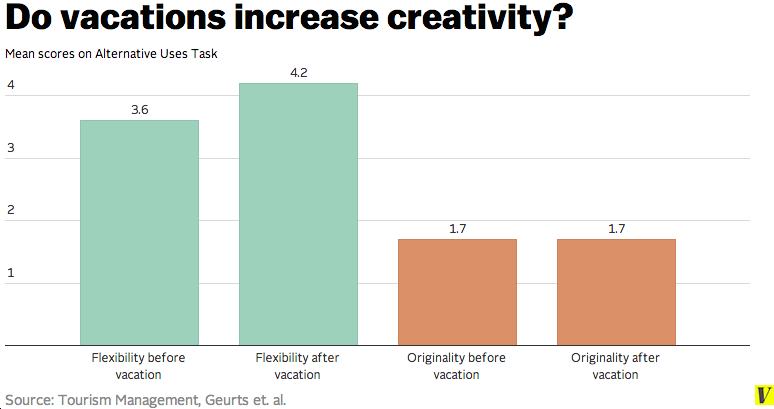 The authors put forth several mechanisms through which the workers' flexibility may have increased. One is that being away from work reduces short-term demands and stresses — and this sort of reduction has previously been shown to increase creativity in some people.

The new suggestion that comes out of this study, though, is the idea that this increase in creativity persists when people get back home — in this case, for at least a week, but perhaps longer. 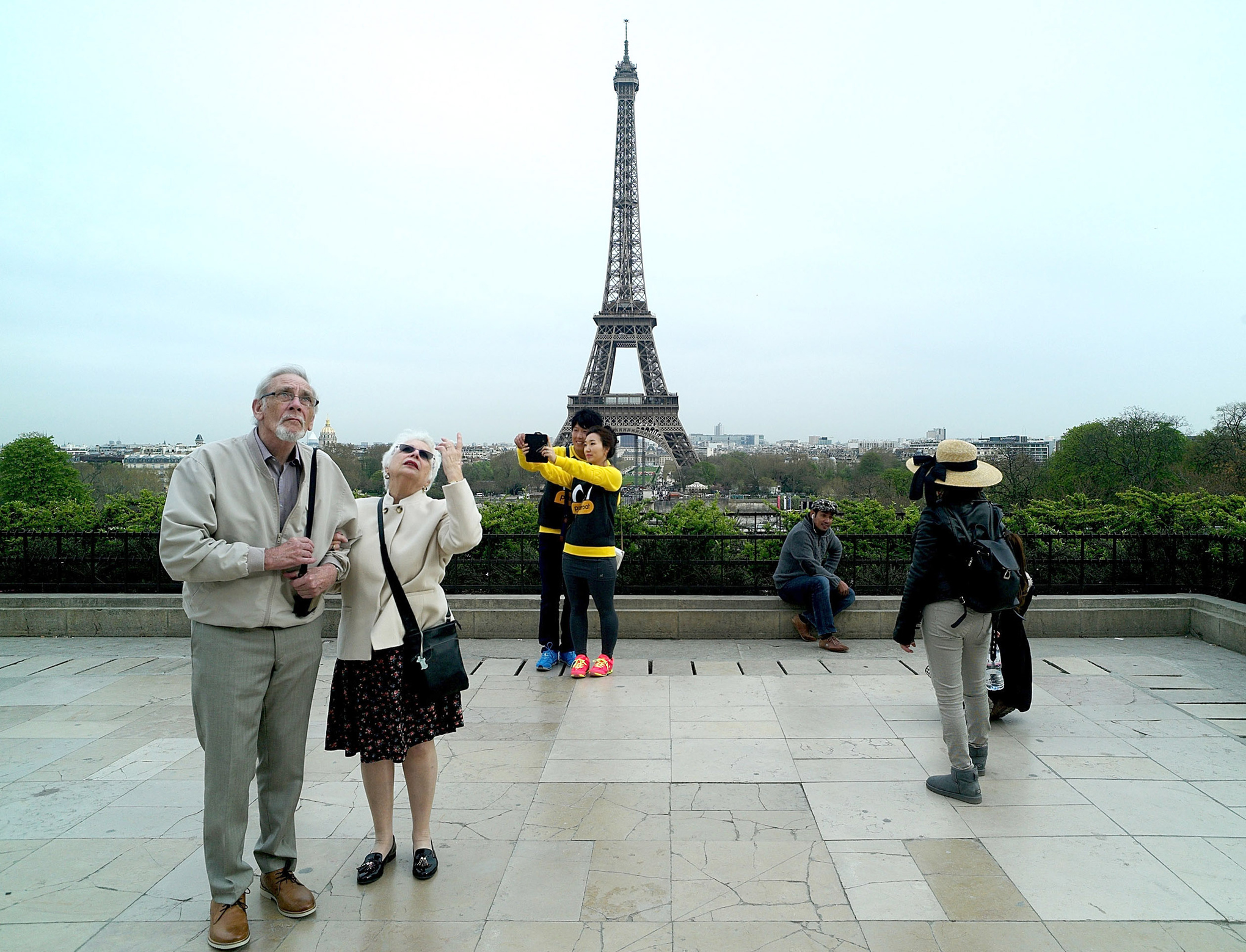 The idea that vacation increases creativity is an appealing one, but there are two main problems with using this study alone as evidence for it.

This was an extremely small sample of people

One: This was an extremely small sample of people, small enough that random chance could easily generate the improvement in flexibility scores seen after vacation. Moreover, this small sample of Dutch people might also not be representative of all humans.

Two: While the researchers switched up which objects the workers were given on the Alternative Uses Task, they still had exposure to it once before, which could theoretically account for the improvement in flexibility. The study didn't compare a control group of people who saw the test twice but didn't travel in between with the vacationers. So improvement on the test might not translate to real-life creativity.

Also, it's worth mentioning that although the workers improved on flexibility, they didn't at all on measures of originality. Psychologists consider both of these to be aspects of creativity as a whole.

This study — in addition to what we know about positive moods, exposure to other cultures, and reductions in stress making people more creative — make it seem likely that the creative benefits of a vacation probably last for a little while after you get back to your office.

At this point, though, it's too early to say for sure that in addition to making you more productive when you get back to your office, vacations can make you more creative.