Share All sharing options for: Europe is slow, not weak — Putin's going to feel more pressure

Europe's response to crisis situations has frustrated Americans for decades, but it's a mistake to follow Roger Cohen at the New York Times and assume European nations aren't going to do anything about Russia in response to the shooting down of MH17. In fact, European ambassadors had a meeting today in advance of a foreign ministers meeting tomorrow. The Dutch prime minister says all sanctions should be on the table while Germany's foreign minister is calling for the EU to increase the pressure on Putin. The United States and United Kingdom are both leaning on European countries to get tougher.

Things are happening. They're just going to happen to slowly. But the bulk of the leverage is on Europe's side — the economic relationship between the EU and Russia is intimate, but Europe is much bigger and richer.

Why the EU rolls slowly

Ever tried to make dinner plans with a couple of friends? Ever tried to do it with a couple of dozen friends? The bigger group makes things tougher. In the United States of America, the president and his team have reasonably broad discretion to conduct foreign affairs unless they start to massively deviate from the consensus inside congress. Individual EU heads of government tend to have even more discretion than an American president. But for the EU to reach a collective decision requires agreement among 28 member states. In foreign affairs, the union operates by consensus not by majority vote. Building a consensus among 28 states is an inherently difficult and time-consuming proposition, and the fact that it happens slowly isn't a character flaw.

The good news is that in practice things are a little more nimbler than that. In practice, small countries don't make lonely stands on issues that are peripheral to their interests. If Germany and France and a few other big countries agree, they can typically bring everyone along with them.

What to expect tomorrow 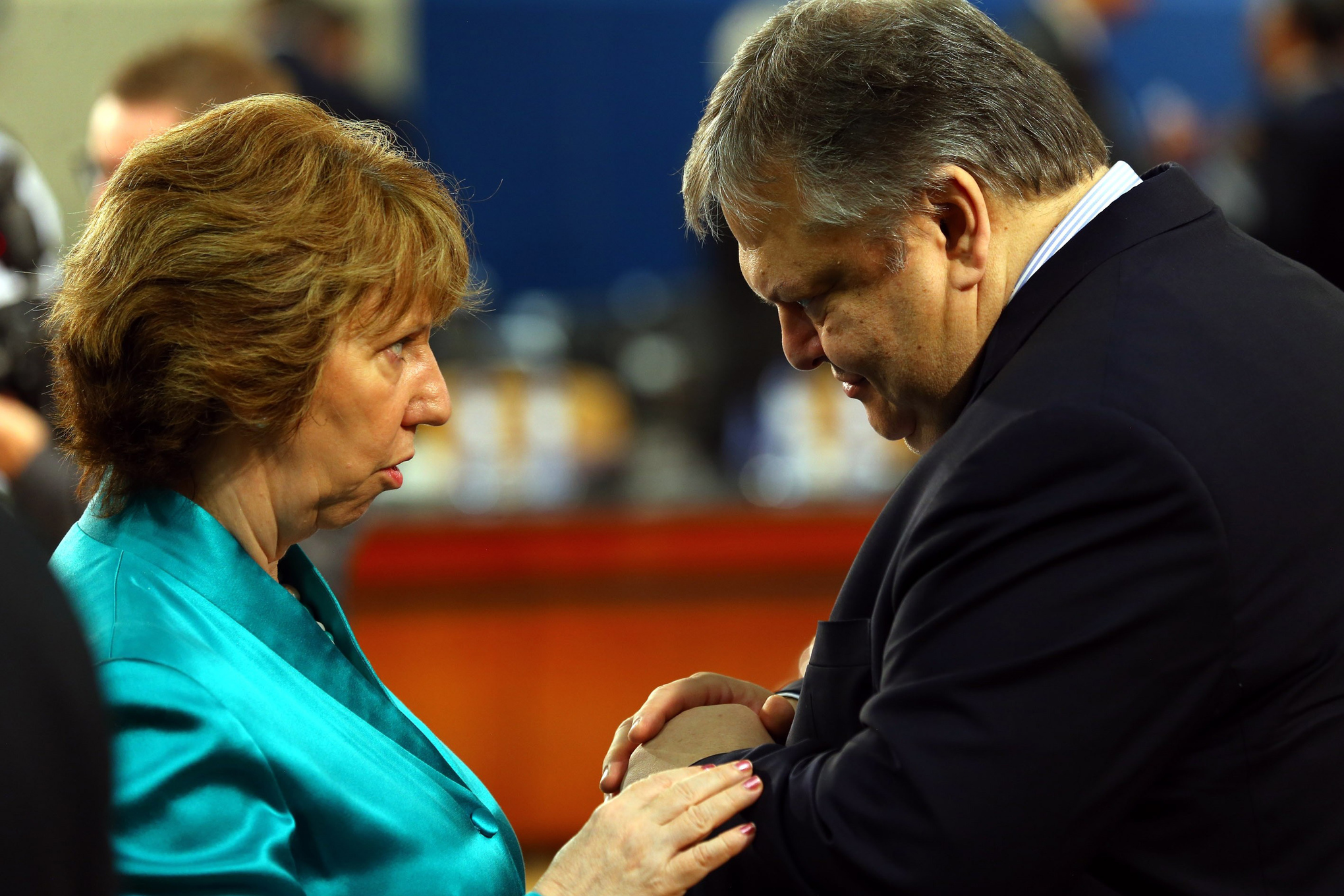 European foreign ministers will meet tomorrow in Brussels to talk about the situation. They are extremely unlikely to announce any new sanctions on Russia for one simple reason — they still haven't implemented the last round of sanctions. But just a few days before the downing of MH17, Europe agreed to a new round of asset freezes targeting people and firms thought to be involved in arming the pro-Russian separatists in Ukraine. The meeting tomorrow should feature an announcement with more specifics of exactly which assets will be frozen. Russia's bad behavior over the past several days makes it likely that the EU will cast a wider rather than a narrower net.

The meeting could also lay the groundwork for potential new sanctions. That would require a meeting of European heads of government — prime ministers, in other words — which isn't scheduled to happen until August 30 (this is called a European Council meeting). If major countries are very far apart on reaching an agreement, expect the need to wait for the European Council to be cited as an excuse. But if foreign ministers find that they are close to an agreement, a special earlier meeting could be called to agree on new measures. 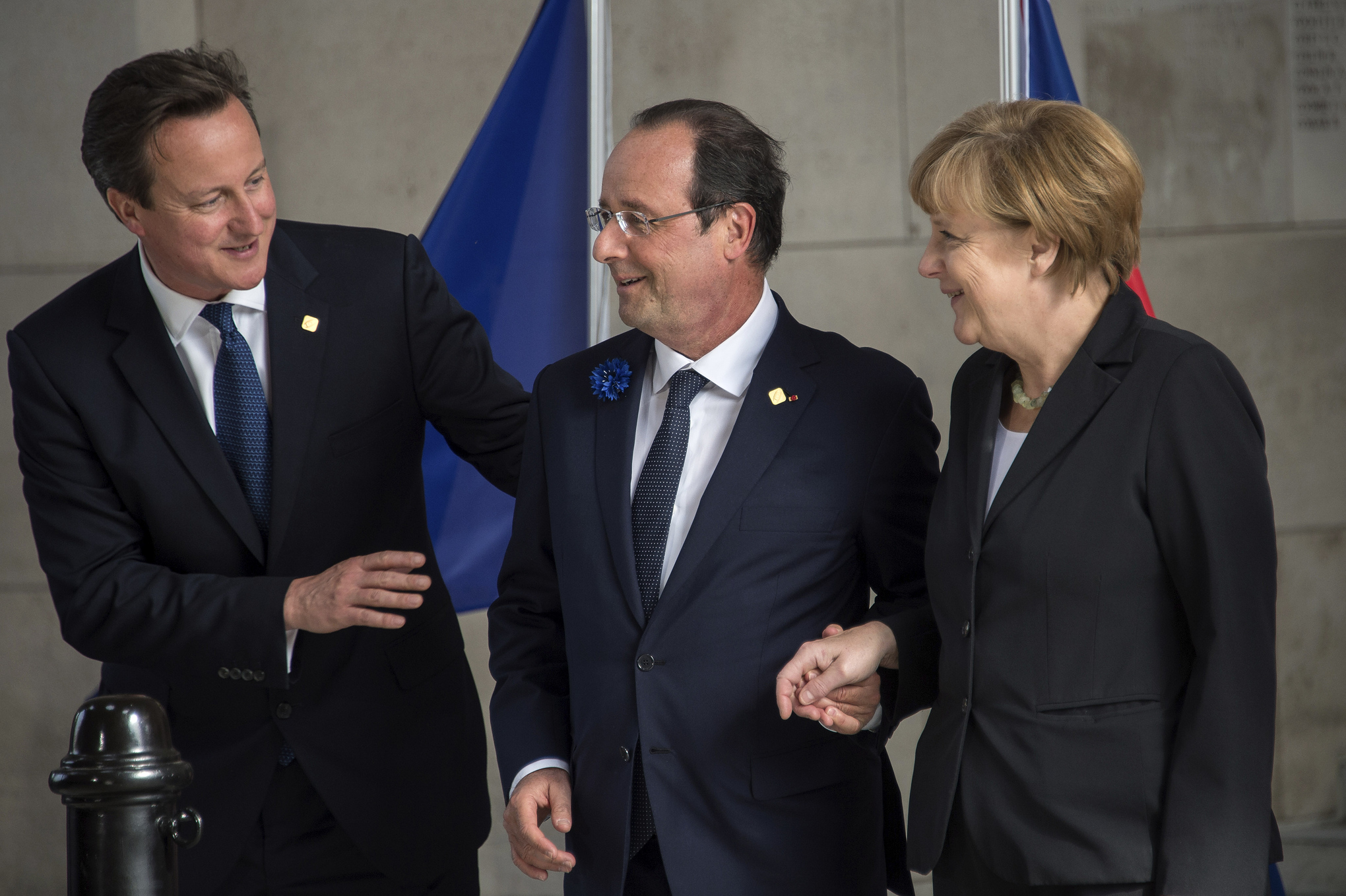 The problem of agreeing on new sanctions isn't really so much that the desirability of more pressure is disputed but that European countries have different ideas of what the next steps should look like. The United Kingdom doesn't import Russian gas, but knows that Russia earns a ton of export income from gas sales. So the UK's favorite idea is for other countries to stop buying Russian gas.

The biggest gas importer is Germany, which would rather see someone else's ox gored. Angela Merkel has been talking up the idea of a ban on the export of military equipment to Russia. Conveniently, Germany doesn't have a big outstanding weapon sale to Russia.* But France is scheduled to sell advanced Mistral naval vessels to Russia. Much of the international community wants France to cancel that deal, hurting the Russian military and the French economy while leaving others unscathed. Meanwhile, from the French viewpoint a better countermove might be for the UK to seize Russian funds and property squirreled away in London.

In other words, no anti-Russian move comes without some costs. And those costs fall differently on different European countries. So everyone's preference is for someone else to bear the cost. But that doesn't mean nothing will be done. It merely means that some arrangement needs to be worked out to share the burden. That takes time. But pressure on Putin is steadily ratcheting up, and the Russian leader is fitfully trying to distance himself from his own overreach in Ukraine. Europe is slow, not weak.

* Correction: An earlier version of this article said that Germany isn't a major arms exporter. According to SIPRI, it is actually the #3 weapons exporter in the world.