Share All sharing options for: This chart shows every Israeli and Palestinian death since fighting began July 8

The fighting between Israeli forces and Gaza-based Palestinian militant groups such as Hamas has killed at least 445 people up through Sunday, of whom 425 are Palestinian. That's according to a tally compiled by the New York Times, gathering from United Nations, Palestinian, and Israeli sources.

Here is the death toll charted out by day since this round of violence began on July 8, with Israeli and Palestinian deaths distinguished: 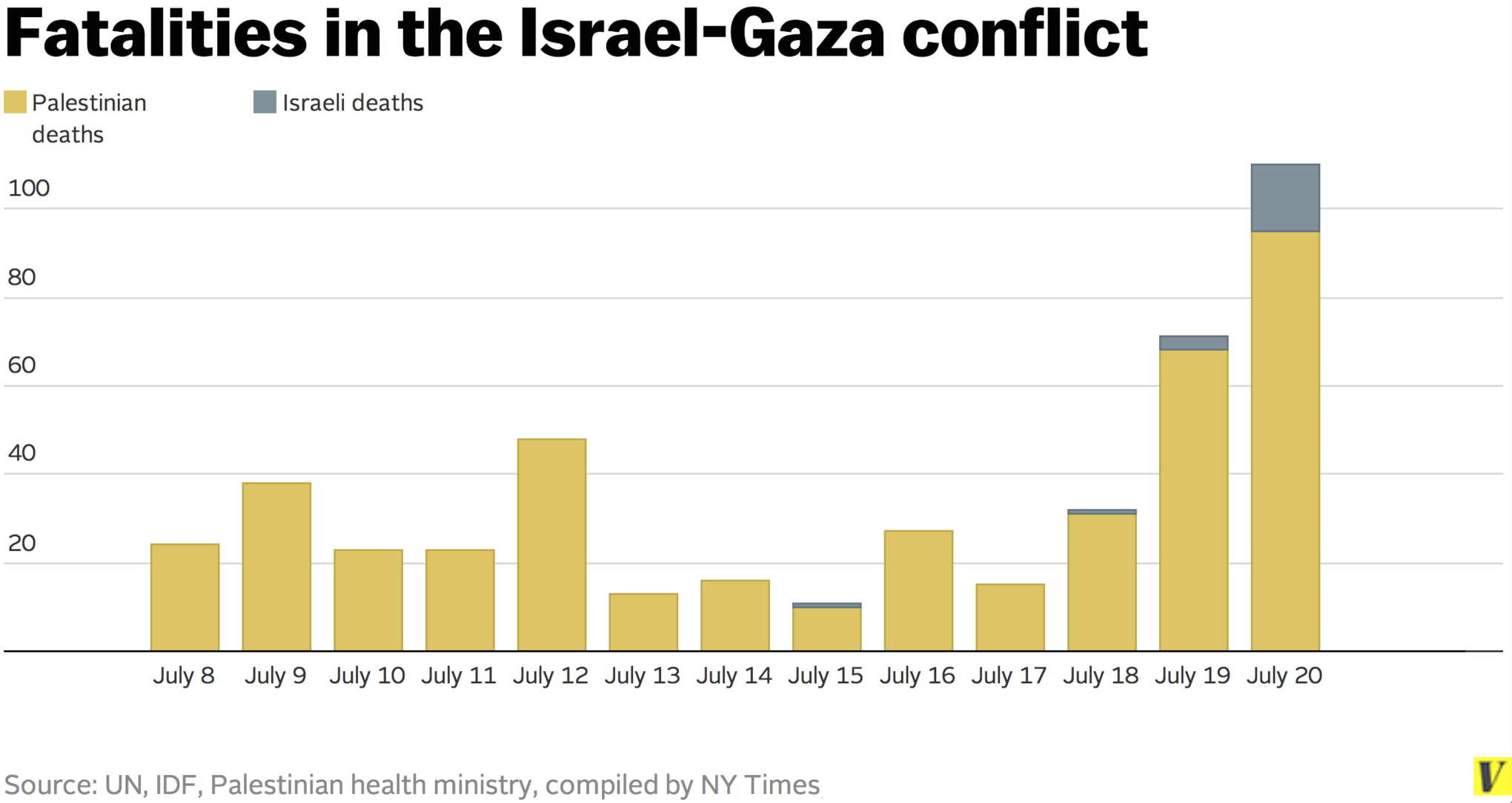 For the first ten days, the fighting was limited to Israeli air strikes on Gaza and Palestinian rockets fired into Israel. On July 18, Israeli ground forces invaded Gaza, for the first time since early 2009. You can see the death toll increase significantly after that, among Palestinians as well as Israelis.

Deaths from the fighting were overwhelmingly Palestinian before the July 18 ground invasion, which Israel says is to shut down Hamas's system of underground tunnels into Israel (and possibly also its tunnels into Egypt). Two United Nations agencies estimated, in the week before the ground invasion, that 70 to 77 percent of the 160 Palestinian deaths up to that point were civilians.

The previous Israeli ground invasion of Gaza, in 2009, ended with nine Israeli deaths and 1,398 Palestinian deaths, according to the Israeli peace organization B'Tselem. It lasted for 22 days.

We'll keep this chart updated throughout the fighting so check back.