Map: Here's how much of Ukraine is under rebel control

Share All sharing options for: Map: Here's how much of Ukraine is under rebel control

Over the weekend, Russia-backed rebels seized control of the MH17 crash site in eastern Ukraine and blocked access as respondents tried to recover evidence and bodies.

To understand how that's possible, it's first important to see just how much territory the separatists currently control in Ukraine. Here is one map, from BBC: 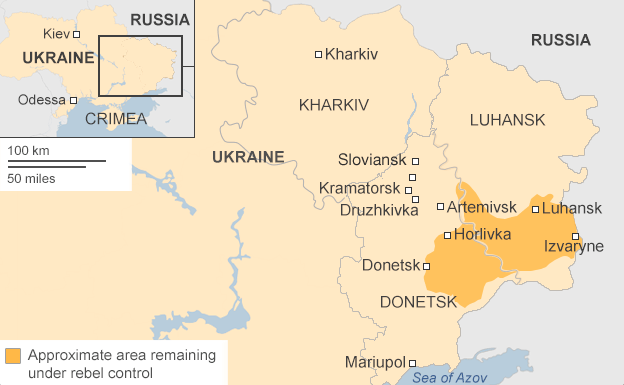 Here is a more detailed Ukrainian version of the map, from Pravda: 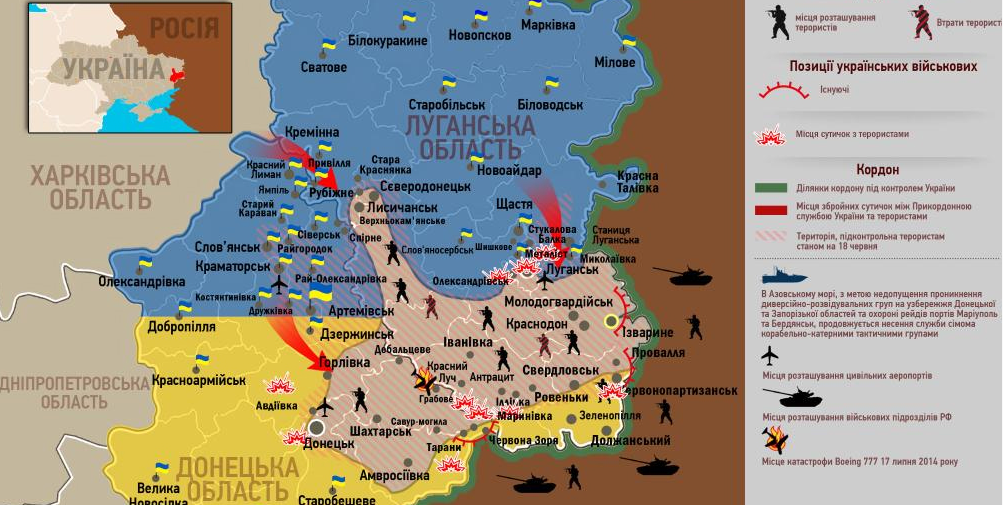 As can be seen in both maps, the rebels control a significant chunk of Ukraine, and the rebels seemed to control the MH17 crash site even before the plane was shot down.