The FCC wants to let cities build their own broadband. House Republicans disagree.

Share All sharing options for: The FCC wants to let cities build their own broadband. House Republicans disagree.

This week, the House of Representatives approved legislation from Rep. Marsha Blackburn (R-TN) that would make it harder for cities to build publicly-owned broadband networks. The proposal is a shot at Federal Communications Commission chairman Tom Wheeler, who wants to remove state-level restrictions on municipal networks; Blackburn's legislation would forbid the FCC from removing those restrictions. This is the latest escalation of a long-running war between municipal broadband supporters and incumbent broadband companies that have relentlessly opposed municipal broadband proposals.

Right now, only a few communities have municipal networks. But supporters argue that they provide a model that could give more of us faster and more affordable internet access in the future.

How does municipal broadband work? And why has it become so controversial? Read on to find out.

What is municipal broadband?

In most parts of the country, people get their internet access from a private company such as Comcast or AT&T. But in a few municipalities, broadband service is available from a publicly-owned utility.

Two of the most famous examples are Chattanooga, TN, and Lafayette, LA. Both services offer internet speeds of up to 1 gigabit per second — 10 to 100 times faster than what's available in most parts of the country — at relatively affordable prices. Some tech experts, like Susan Crawford, think municipal broadband systems should be massively expanded:

Is it a good idea for governments to run broadband networks?

Some people, especially conservatives, don't think so. They argue that governments aren't tech-savvy enough to keep their broadband networks on the cutting edge. And they also claim that it's unfair for the government to use taxpayer funds to compete with the private sector. Unsurprisingly, this argument is heartily endorsed by incumbent telecommunications companies, which have lobbied and litigated aggressively to discourage municipalities from getting into the broadband business.

But supporters point out that in many towns, especially in rural areas, it's the private sector that's failed to keep up with the times. Some cities have gotten new fiber optic networks from companies such as Google or Verizon. But in other areas, the local phone and cable companies haven't made significant improvements in years, and have no plans to do so any time soon. Municipal broadband boosters argue that the only way for towns in this situation to get high-speed internet service is to build it themselves.

Still, municipal networks come with significant financial risks. Building them costs millions of dollars. Generally, the plan is for subscription fees to cover the costs. But if the project comes in over budget, or customer demand falls short of expectations, taxpayers could be forced to cover the difference.

Wouldn't it be better if governments weren't involved in broadband at all?

We rely on private companies for most of the products and services we get in a modern economy. No one thinks it's a good idea for the government to make shoes, run restaurants, or sell iPods. Shouldn't we treat internet access the same way?

Governments are always involved in the provision of basic infrastructure

This argument overlooks the fact that utilities have a much closer relationship to government than ordinary private companies. To build a broadband network, you need to either need to dig up a bunch of public streets or you need access to telephone poles located in public rights of way. You also need permission to trim trees you don't own, erect ugly utility boxes around town, risk damage to underground pipes and cables, obstruct traffic, and so forth.

So governments are always involved in the provision of basic infrastructure such as roads, sewers, electricity, and telecommunications. The question for cities is whether to provide those directly, or to grant private companies the privileges they need to do the job. This isn't so much a matter of principle as a question of which approach works better.

In practice, different types of utilities tend to be operated in different ways. Most roads are publicly owned, for example, while electric utilities are usually private. But there are some privately-operated roads and publicly-owned electric utilities. Traditionally, most internet access has been privately provided, but some municipalities have been experimenting with providing broadband service directly.

What have big telecom companies done to stop municipal broadband?

Over the last decade, incumbent phone and cable companies have been fighting a war of attrition against municipal networks. Incumbents understandably don't want to face competition from publicly-owned utilities, and so they've done everything they can to slow down and trip up municipal broadband proposals.

One of the most important weapons in incumbents' arsenal is state laws barring municipalities from building broadband networks in the first place. The fights over these proposals have been bitter, and municipal broadband supporters have beaten back some of them. But lobbyists for cable and phone companies have convinced legislators in 19 states to enact restrictions on public-owned networks.

What would Blackburn's legislation do? 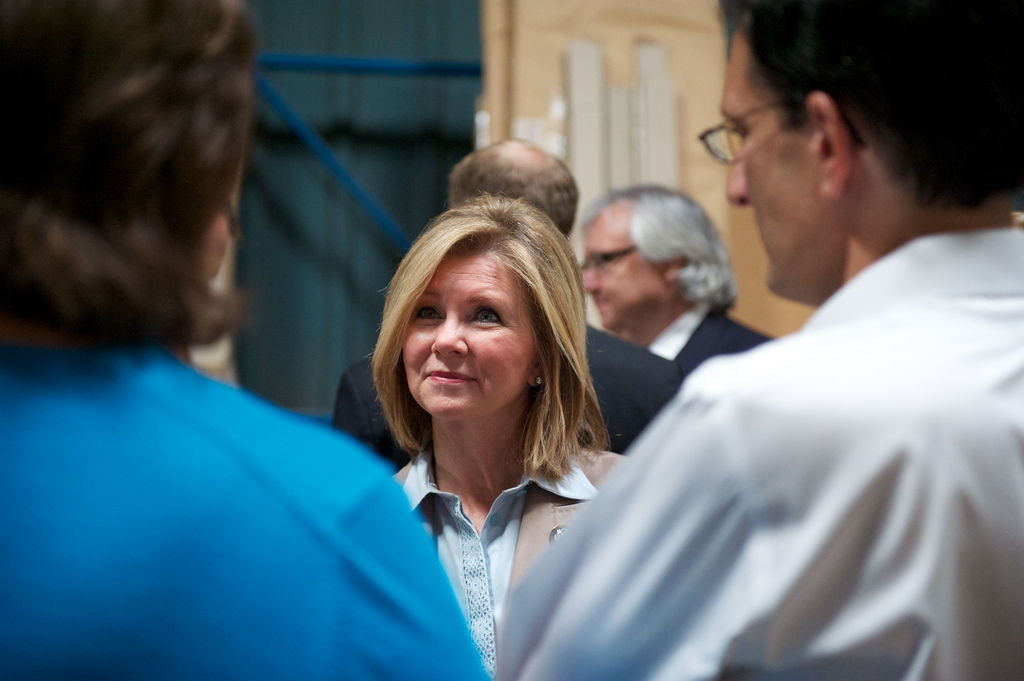 In a January decision, an appeals court ruled that the FCC had exceeded its authority by trying to impose network neutrality regulations on broadband providers. However, the court also said that the FCC would have the power to promote broadband competition in a different way: by overruling state-level bans on municipal broadband networks. Wheeler has signaled that he plans to do just that.

Municipal broadband opponents in Congress aren't happy about this. Last month, 11 Republican Senators sent Wheeler a letter warning him not to follow through with his proposal. Now the Republican-controlled House has approved an amendment from Rep. Marsha Blackburn (R-TN) that would bar the FCC from preempting state-level laws restricting municipal broadband networks.

As a practical matter, publicly-owned broadband is already a pretty rare phenomenon. The Chattanooga network, which is the largest publicly-owned fiber optic broadband network in the country, only serves around 160,000 households. So most of us will continue to be limited to the same two options we've always had: the local phone company and the local cable company.

But the efforts in Chattanooga, Lafayette, and elsewhere are valuable experiments. They're teaching us a lot about how cities can best promote high-speed broadband networks. It's possible that we'll simply learn that publicly-owned broadband is a bad idea. But if one or more of these projects work out well, it could provide a model for a lot of other cities to emulate. (Of course, that's why incumbents are so opposed to them.)

Also, the threat of possible competition from municipal networks gives cable and telephone incumbents an incentive to be on their best behavior. So even people in areas that don't have municipal networks might benefit from having other cities build them.

The Blackburn amendment won't shut down existing experiments, but it will make it harder to get new ones off the ground.

Blackburn's proposal was attached to a Financial Services appropriations bill. For it to become law, the language would have to be included in the Senate version of the legislation, and the bill would have to be signed by President Obama.

That doesn't seem too likely. House Democrats were sharply critical of Blackburn's proposal, and it is likely to face skepticism in the Democratic-controlled Senate. President Obama is also likely to oppose the proposal, given that it would hamstring Wheeler, his pick to lead the FCC.

Update: This article originally cited the population of Chattanooga, but I replaced this with the number of households — 160,000 — the Chattanooga network serves, some of whom may be outside of the city.