Women are a minority in every state legislature in America

Share All sharing options for: Women are a minority in every state legislature in America

There isn't a single female-majority state legislature in America.

This chart, compiled with data from the Center for American Women and Politics by Graph Zoo, shows that even the two most representative state legislatures barely pass the 40 percent mark: 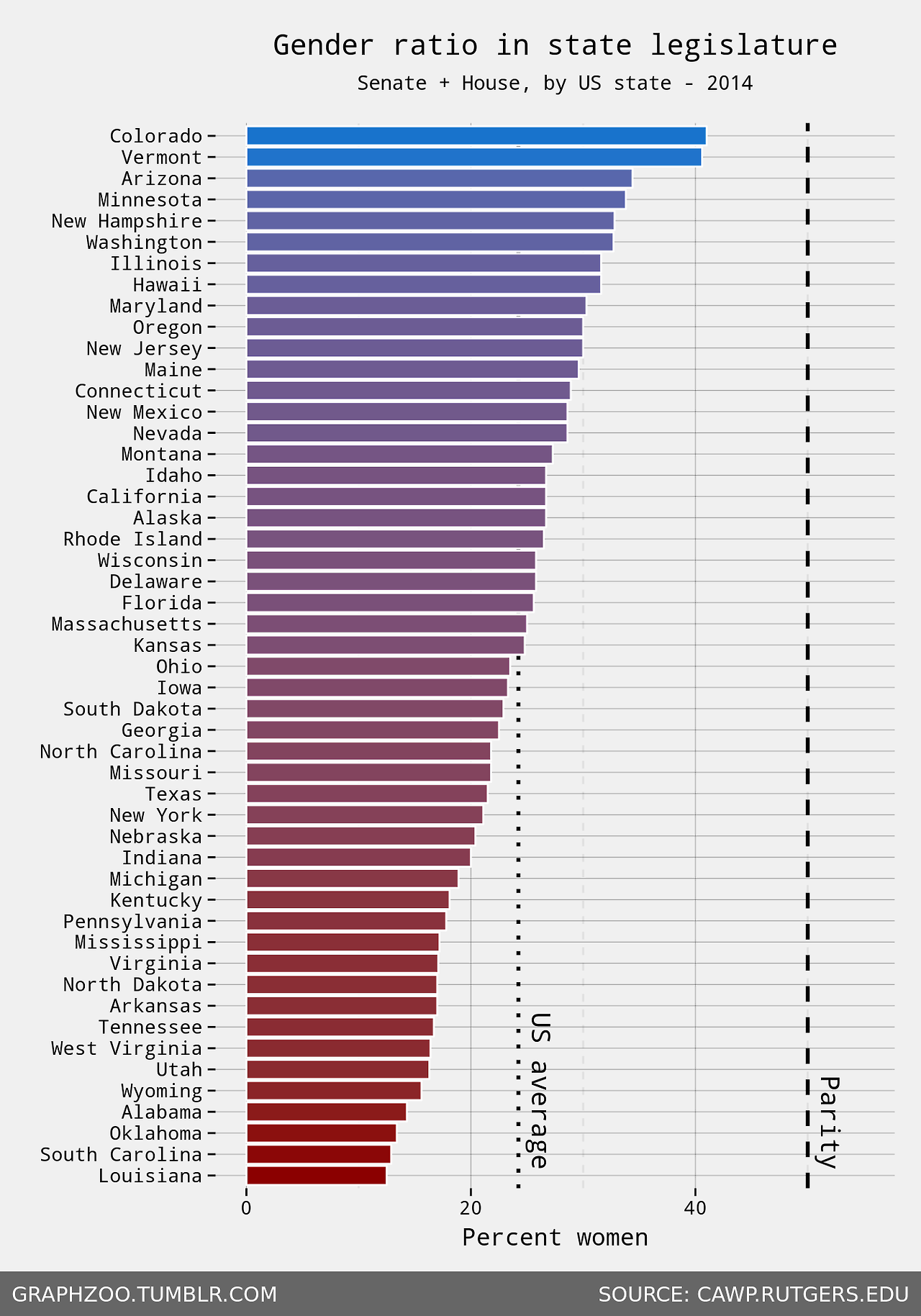 The state legislatures with fewest women are largely in the South, where state governments tend to be more conservative. Northern and western states, meanwhile, are largely above the US average — but still below full parity.

The overall trend has moved toward more parity over the decades, but it seems to have leveled off since around 2000: 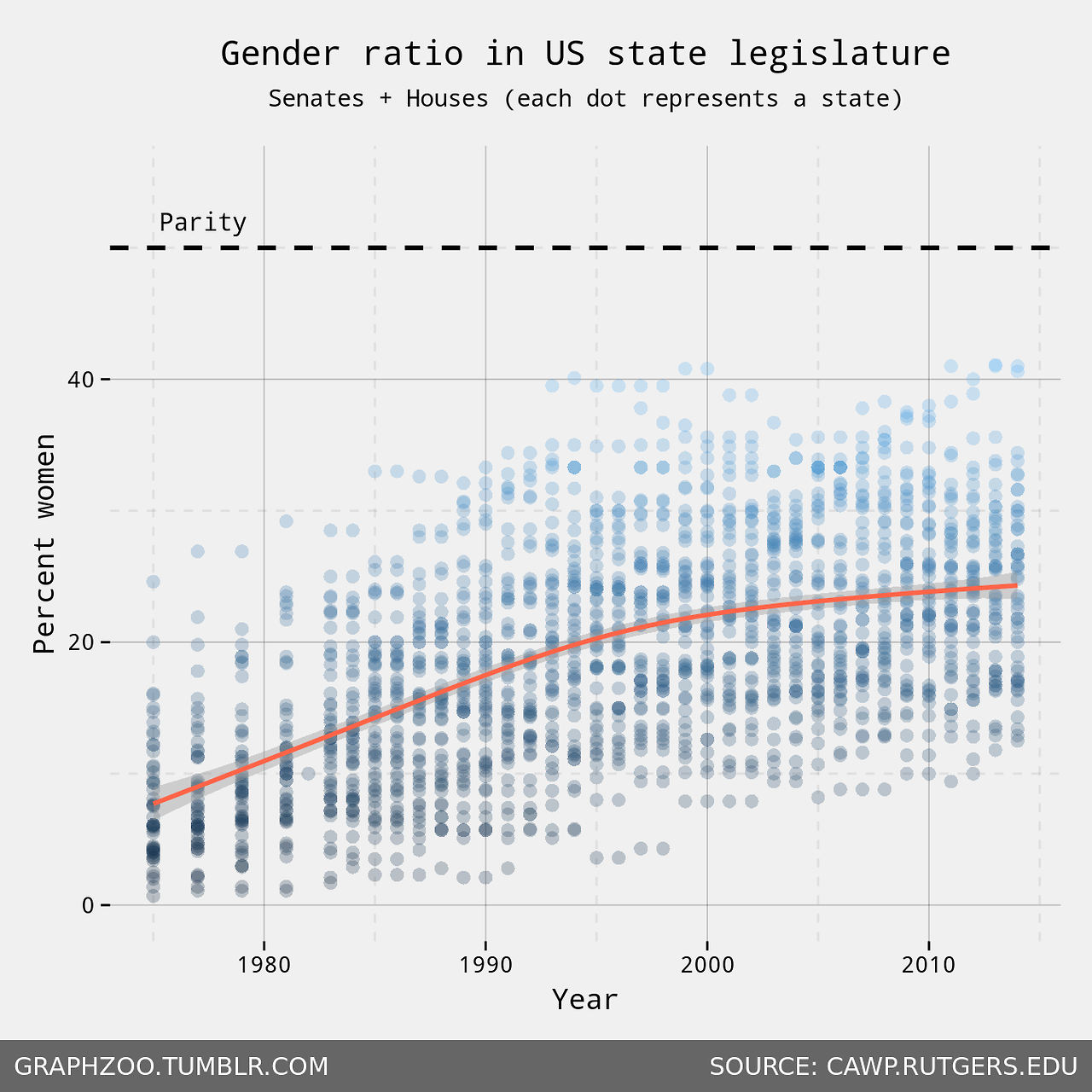