Share All sharing options for: 3 charts that show the rise of the southern GOP since the Civil Rights Act

Fifty years ago today, Lyndon Johnson signed the Civil Rights Act into law. The landmark legislation barring racial discrimination in employment and public accommodations was, alongside 1965's Voting Rights Act, the culmination of a decades-long struggle to break the back of institutionalized racial segregation in the American South. At least since the 1930s, the civil rights issue had sharply divided the Democratic Party, which was torn between a northern liberal faction and a southern faction that despite some disagreement on economic policy was monolithically in favor of white supremacy.

we're now well over a generation removed from the Civil Rights Act and the South is, on the whole, more Republican than ever

LBJ was himself a southern politician who opposed civil rights for most of his career before embracing the cause as he emerged on a national stage. The intense pressure brought on national Democratic leaders by the civil rights movement's marches and actions combined with the political momentum generated by President Kennedy's assassination led the Johnson administration to directly confront the segregationist faction of his party and push for a bill that deeply divided his party.

Soon after signing the bill he famously remarked to an aide that the Democratic Party had "lost the South for a generation."

This managed to be both too pessimistic and too optimistic.

In 1976, Jimmy Carter was able to capture the White House mostly with southern electoral votes thanks to a strong biracial coalition in which the backing of newly empowered African-American voters was more than enough to overcome a deficit among southern whites. But we're now well over a generation removed from the Civil Rights Act and the South is, on the whole, more Republican than ever. Back in 2011, the Matt's Maps blog pulled together some charts that illustrate the surprisingly slow but remarkably steady southern march to the GOP.

Here's the US House of Representatives: 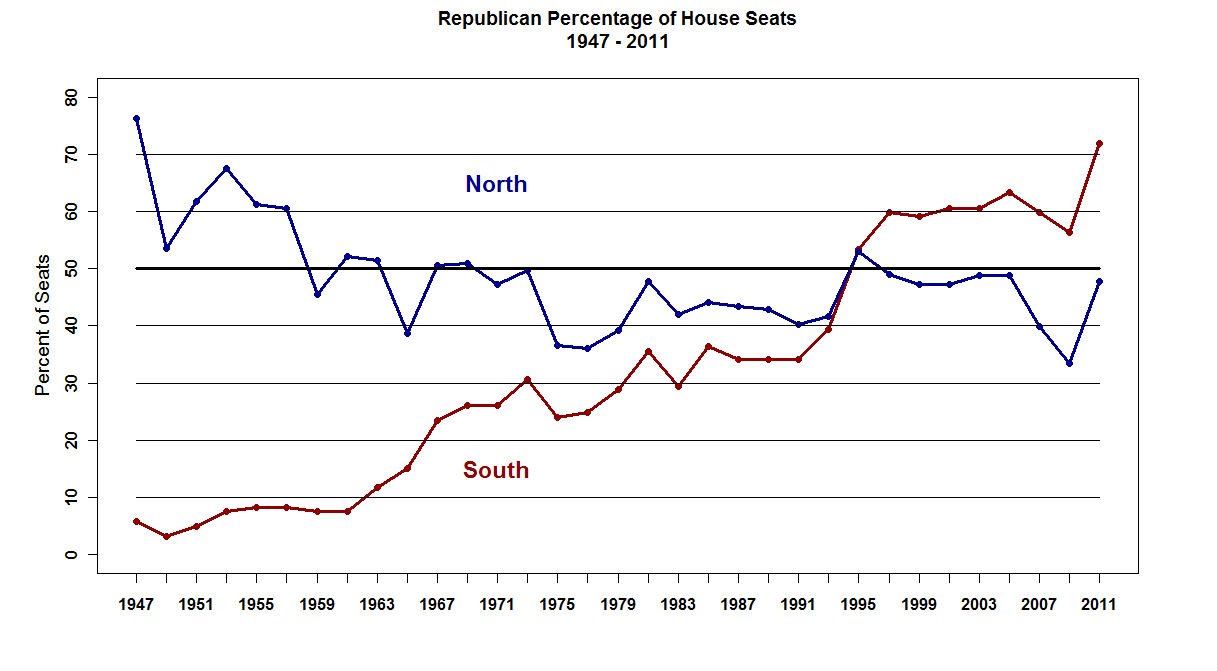 Here's the US Senate: 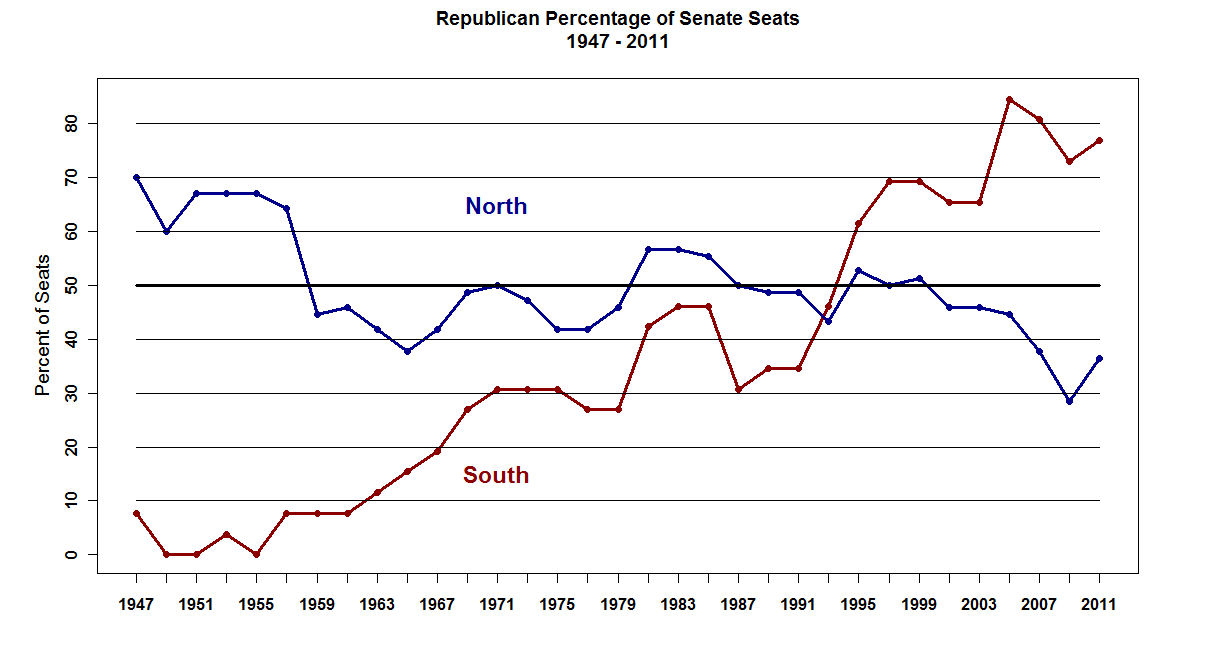 And here's the state legislatures: 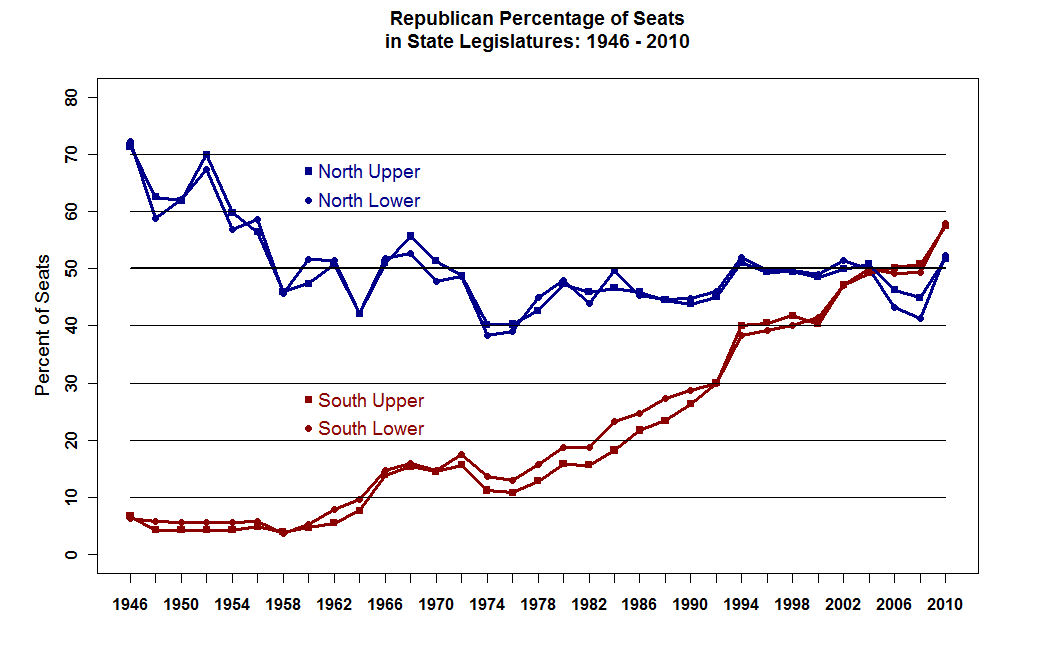 One reason the realignment was so slow was that even though some segregationist politicians swiftly switched to the GOP (Strom Thurmond), quite a few conservative Democrats lingered in congress for a long time. John Stennis of Mississippi signed the 1956 Southern Manifesto, voted no on the Civil Rights Act, and stayed on as a Senate Democrat all the way until 1989.