Share All sharing options for: How Israel is punishing ordinary Palestinians for three murdered Israeli students

Twenty days after three Israeli high school students were kidnapped in the West Bank merely for being there, two days after they were found murdered in an apparent execution by Hamas members, and one day after Israelis gathered nationally to mourn the deaths, Prime Minister Benjamin Netanyahu and his allies on Israel's political right appear to have extracted what they wanted from the crisis.

And that has been disastrous for Palestinian civilians, who are suffering what, by every indication, appears to be collective punishment by the Israeli government for the actions of a few rogue militants.

Netanyahu's government is launching attacks against Hamas, which Netanyahu insists is collectively responsible for a kidnapping that appears to have been conducted by rogue members. This makes it far more likely that full-on conflict will resume between Israel and Hamas, a dynamic that Netanyahu seems to prefer, because it favors Israel's overwhelming military strength and marginalizes Hamas politically. The last round of Israel-Hamas violence, in November 2012, killed dozens of civilians, almost all of them Palestinian.

netanyahu's own rhetoric has fed the perception of a collective punishment

The Israeli campaign is also driving a wedge between Hamas and the more moderate, West Bank-based Fatah. In April, the two groups joined in support of the first Palestinian unity government since 2007, but the Israeli response to the kidnappings risks splitting them again. This is a success for Netanyahu, who opposes Hamas's involvement in Palestinian politics, whether it moderates the group or not, and wants to break it away from Fatah. If the groups splinter, this will also have the effect of making peace talks far more difficult. Israel has said for years that a peace deal is impossible without a unified Palestinian government.

The greatest immediate effect of the Israeli response, though, is humanitarian, rather than political. Palestinians across the West Bank and Gaza have suffered Israeli responses that have certainly felt like collective punishment, including mass arrests and military raids across the West Bank. These responses have killed at least five Palestinians, led 400 to be arrested, and disrupted the lives and work of many others. Hundreds of Palestinians who live in the West Bank and work in Israel were prevented from crossing over. On Tuesday, Israel launched dozens of air strikes in Gaza that it said were retaliation against Hamas for 18 rockets launched into southern Israel. But given Netanyahu's recent insistence that he will dismantle Hamas in retaliation, it seems unlikely the rockets were the primary instigation. As always, Gazan civilians will feel the brunt of the violence.

Part of what makes this so troubling is that Israeli tactics in the Israel-Palestine conflict have recurrently veered into actions that certainly appear to have the effect, and very possibly the intent, of collective punishment of Palestinians. Perhaps the most famous ongoing example of this is the Israeli blockade of the Gaza strip, imposed shortly after Hamas won legislative elections there. Israel says the blockade is necessary to limit rocket attacks, but it has the effect of causing widespread poverty and unemployment.

Now, with Israel's kidnapping response, Netanyahu himself has fed into the perception of collective punishment. His heavy-handed rhetoric most recently blamed all of Hamas and the Palestinian Authority for the kidnappings, before it was clear who had actually committed them. Similarly, Israeli Housing Minister Uri Ariel argued that Israel should retaliate by expanding settlement construction in the West Bank — an act that only makes sense as "retaliation" if you blame, and seek to punish, all Palestinians for the actions of a few. 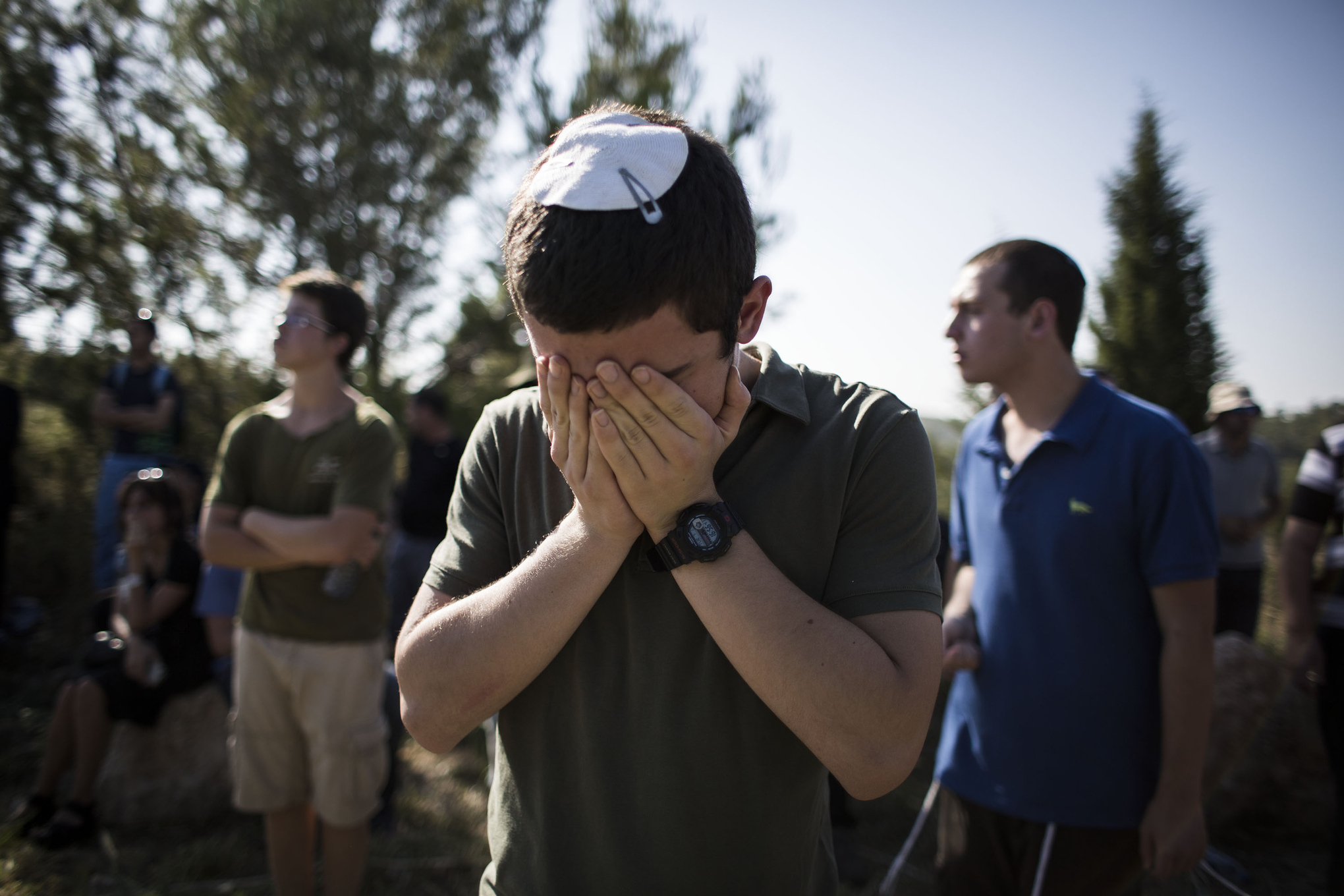 Collective punishment is designated as a war crime by the Geneva Conventions, which regulate warfare under international law. It's also deeply harmful to the Israel-Palestine peace process, polarizing Palestinian political groups and civilians against Israel. It also polarizes Israelis against Palestinians. Israeli government rhetoric and actions implicitly blaming wide swathes of Palestinians for the kidnapping have coincided with incidents of Israeli mob violence against Palestinians, including what appears to be the abduction and murder of an Arab teenager.

hamas does hold at least some indirect responsibility, but ordinary palestinians do not

This does nothing, of course, to excuse or soften the kidnappings and murders that sparked the crisis, which appear to have been committed by rogue Hamas members. They belong to a group with a record of opposing and undermining Hamas's ceasefires and negotiations with Israel.

Hamas is not so much a victim here, though. There is an important and valid case to be made that Hamas leaders, or at least some members of its armed wing, do bear some responsibility for the teenagers' deaths. The group has previously encouraged and funded kidnapping Israeli civilians as a tactic. Hamas is labeled a terrorist group by the U.S. and E.U. for good reason, after all. But that does not mean that the group is directly responsible for this kidnapping. More to the point, Hamas joined in a Palestinian unity government in April, which would seem to at least potentially shift its incentives a bit away from militancy and toward cooperation.

In any case, the Hamas political leaders based in Gaza seem unlikely to have participated in a kidnapping in the West Bank committed by rogue Hamas militants, so it's not clear that air strikes on Hamas political leaders in Gaza are an appropriate or justified response. Whatever you think of Israel's political leaders, they're intelligent enough to see the distinctions here. It's hard to conclude that the air strikes are anything other than either blunt collective punishment or an attempt to damage Hamas's political position. What the strikes are not doing, though, is deterring future kidnappings of Israeli students or punishing the suspected culprits of this one.