Your enthusiasm for sports could kill you. Literally.

Researchers at the Ludwig Maximilians University of Munich tracked data on emergency room visits in Germany during the 2006 FIFA World Cup (which was hosted in Germany). They wanted to see if there was an increase in cardiac emergencies — like heart attacks and irregular heartbeats — on days when the German team competed. They compared the medical records from 2006 against control years, where there were no World Cup games.

Six of the seven games involving the German team were associated with a substantial increase in the number of Germans showing up in the emergency room with heart problems. Those are the spikes in the red line in the chart below. 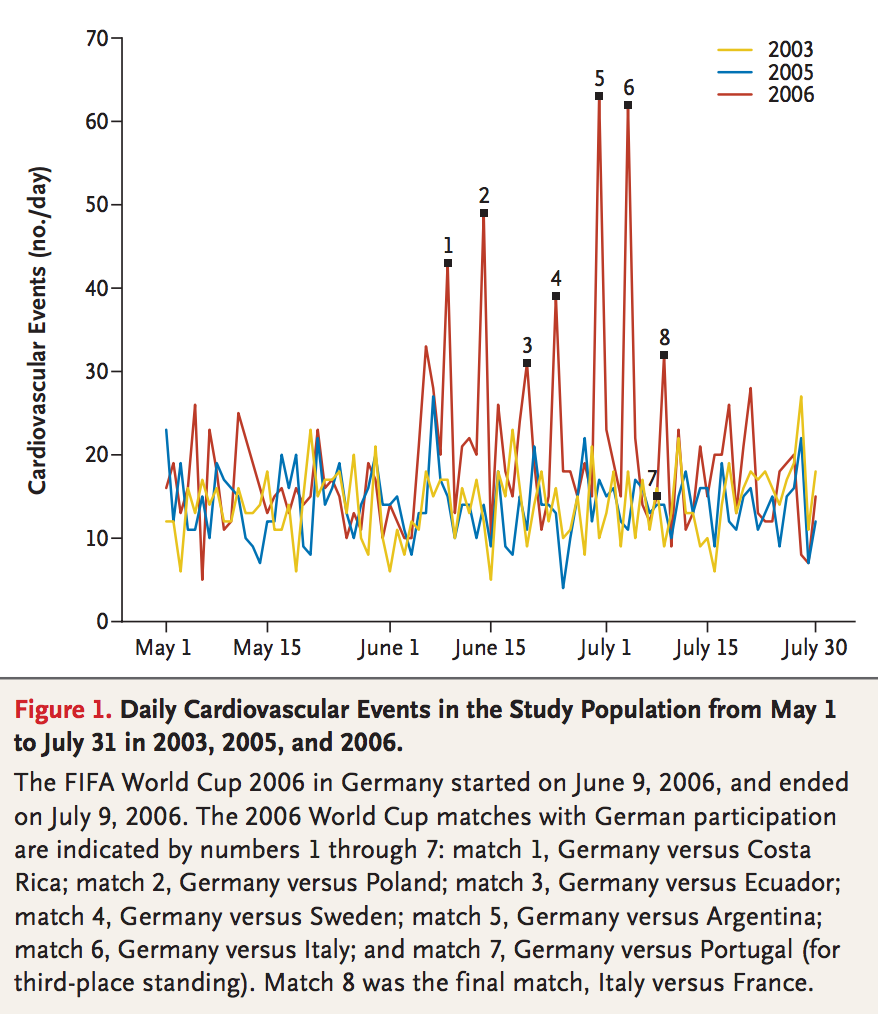 The effect was most pronounced during the games that produced high levels of emotional stress, like when Germany beat Argentina in a penalty shoot-out (match 5 in the figure above).

"Apparently, of prime importance for triggering a stress-induced event is not the outcome of a game — a win or a loss — but rather the intense strain and excitement experienced during the viewing of a dramatic match, such as one with a penalty shoot-out," the authors write.