Chart: How Japan and China’s populations are getting older

Share All sharing options for: Chart: How Japan and China’s populations are getting older 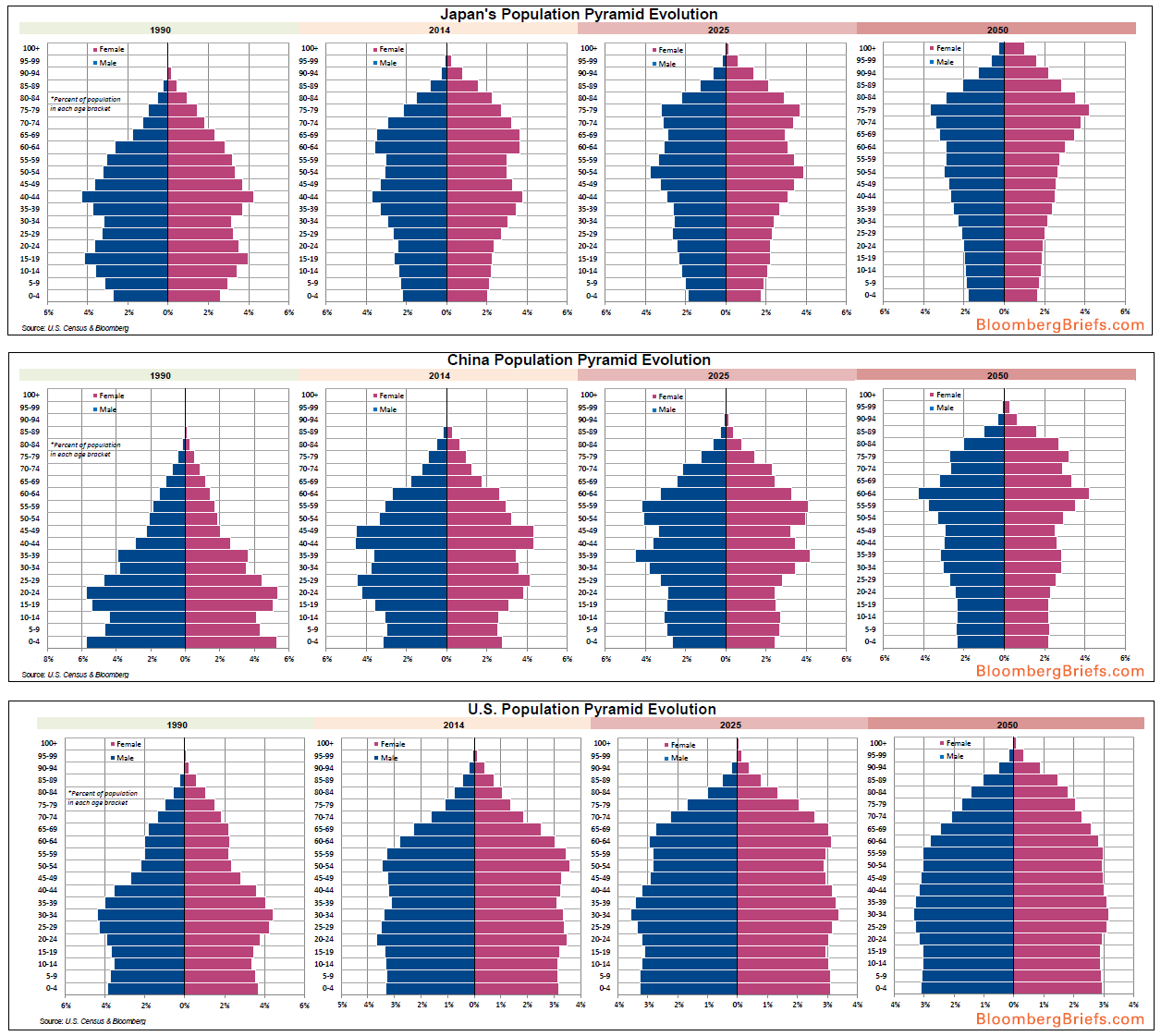 How have the age breakdowns of Japan, China, and the US changed since 1990 — and how are they projected to change in the future?

These charts, posted by Bloomberg LP economist Michael McDonough on Twitter, are population pyramids — they show how many of a country's people are in each age group. If they're wide at the top, a high proportion of the country is elderly. If they're narrow at the bottom, not many young children are being born.

You can see the massive change in China's, as the effects of the one-child policy, already evident near the bottom of the pyramid in 1990, transform more of it in 2014. (The Chinese government loosened the one-child policy last year). Japan's is even narrower at the bottom — its birth rate has been very low for some time, and now its population is actually shrinking, declining by 0.2 percent in 2013, Meanwhile, immigration has helped the US keep its own pyramid well-balanced — but the the birth rate for immigrant women, like that for the rest of the population, has been dropping in recent years.

To check out similar charts from other countries and years, head over to PopulationPyramid.net. The site, created by Martin De Wulf, makes visualizations from UN data.

(Via Joe Weisenthal of Business Insider)