Lots of Americans have the dream of saving up for a few decades and quitting work with plenty of time and money to retire in style. But a new report shows that in just 10 years, Americans' beliefs about when they would retire swung dramatically.

A new Census Bureau report about the US population over 65 finds that between 2000 and 2010, Americans' planned retirement ages shifted way upward. 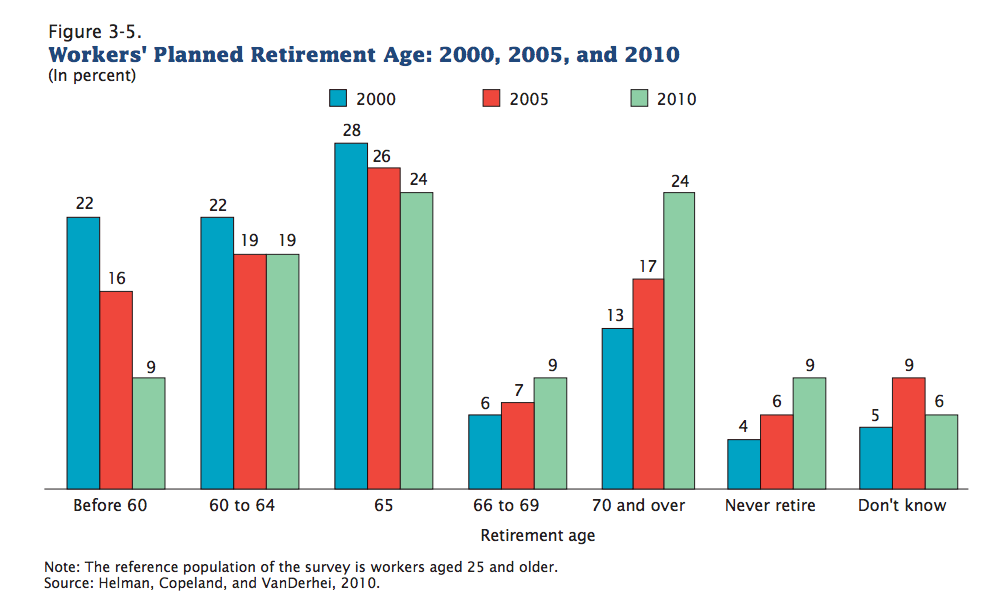 Interestingly, this shift wasn't just due to the Great Recession. A tanking stock market did ruin some peoples' retirement savings during that time, but between 2000 and 2005, Americans already were inching away from retiring at age 65 or before. American employers' shift away from defined benefit pensions probably played some sort of a part here — as of 1983, defined-benefit plans were the majority of retirement plans in the US. By 2004, most were defined-contribution — that is, plans like 401(k)s to which people have to contribute their own money.

It wasn't just that young workers thought they would be able to work longer than their parents and grandparents; at the same time, actual retirement ages started to shift older. 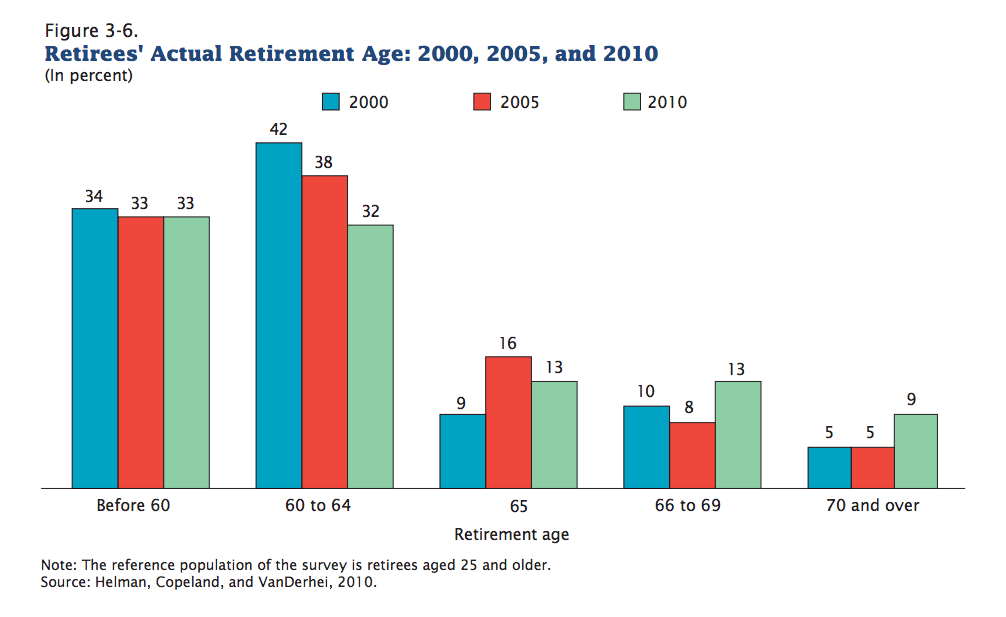 Though these numbers are from four years ago, data since 2010 suggests Americans' retirement age expectations haven't changed much. The Employee Benefit Research Institute's 2014 Retirement Confidence Survey showed that Americans' expected retirement ages had barely shifted since 2009. 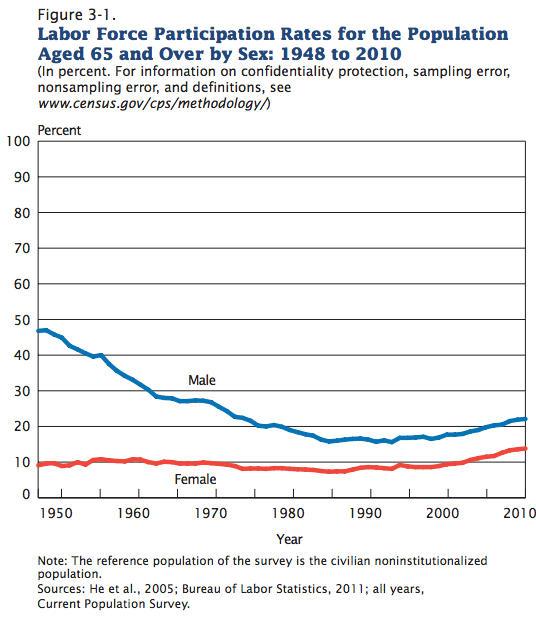 Of course, this chart doesn't necessarily have to be seen as "sad" — longer life expectancies can mean some people can work longer, and some older Americans simply enjoy their jobs and want to work longer. But there is also an element here of necessity — of having to build up sufficient savings in order to have a few years off.