The Supreme Court's ruling that Hobby Lobby and other "closely held" corporations have religious freedom rights to refuse coverage of contraception has provoked another round of criticism of the concept of "corporate personhood," or the idea that it's useful, as a legal fiction, to treat corporations as persons who possess certain legal protections. The issue split the court's liberals, as Ruth Bader Ginsburg's dissent (joined in full by Sonia Sotomayor) attacked the majority for embracing an "expansive notion of corporate personhood," while Stephen Breyer and Elena Kagan declined to join only that part of Ginsburg's dissent, arguing that the court needn't decide whether for-profit corporations or their owners are, in this context, legal persons.

But one distinction that's important to note is that none of the court's liberals disputed corporate personhood in general. That's not an accident. Though some activists have pushed, in the wake of Citizens United's ruling that corporations' free speech rights limit what campaign finance regulation Congress can adopt, for a Constitutional amendment clarifying that "shall have no rights under this Constitution," there are actually very sound reasons for corporations to be treated as persons by the legal system — and for them to have constitutional protections as well. That doesn't mean that corporations should have all the rights of natural persons — but no one, including the Roberts court, has ever said they should. The question is one of degrees, and throwing out legal personhood entirely would be going much too far.

Matt Yglesias ran through some of the basic benefits of corporate personhood here, but here are a few more detailed cases.

1) Freedom of the press 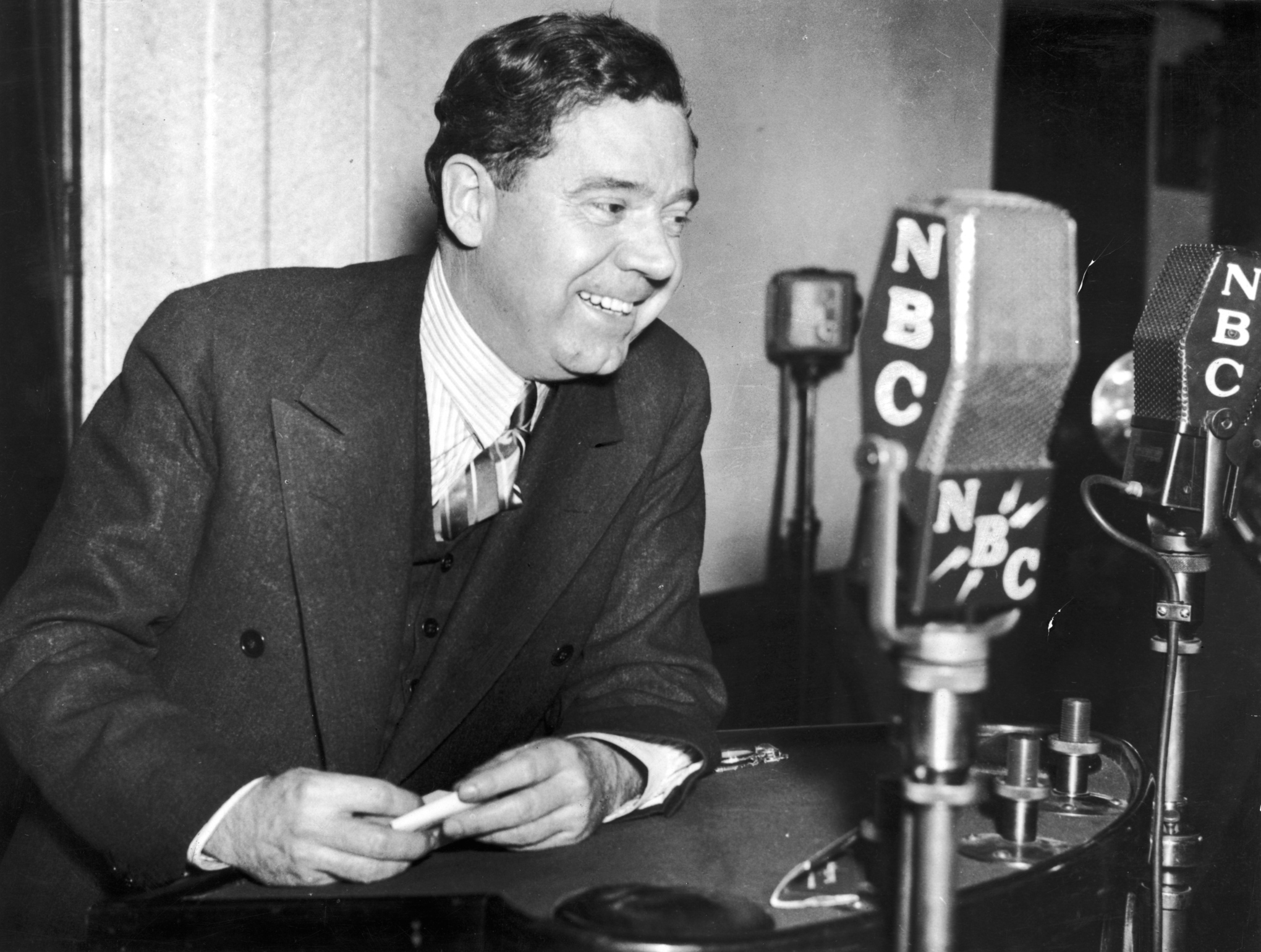 Huey Long tried to argue against corporate personhood as a way of censoring newspapers. (Photo by Hulton Archive/Getty Images)

The First Amendment clearly guarantees freedom of the press, but if corporations did not exist as legal entities capable of bringing lawsuits against laws that impinge upon freedom of the press, meaningful judicial review of such laws would be difficult. Corporate personhood meant that, for example, the New York Times could count as a person with First Amendment protections when it battled with the Nixon administration over the publication of the Pentagon Papers.

The clearest case demonstrating the importance of corporate personhood for a free press was 1936's Grosjean v. American Press Co., in which the Supreme Court unanimously struck down a 1934 Louisiana law — passed at the behest of Senator Huey Long, whose political machine still controlled the state — imposing a 2 percent tax on the state's 13 largest newspapers, 12 of which were highly critical of Long. The newspaper publishers sued, arguing their right to freedom of the press was endangered, and one of Long's counterarguments was that, as corporations rather than people, the newspapers lacked the protection of the Fourteenth Amendment, which extended the Bill of Rights to state legislation. The court explicitly rejected that line of reasoning, concluding, "a corporation is a 'person' within the meaning of the equal protection and due process of law clauses." 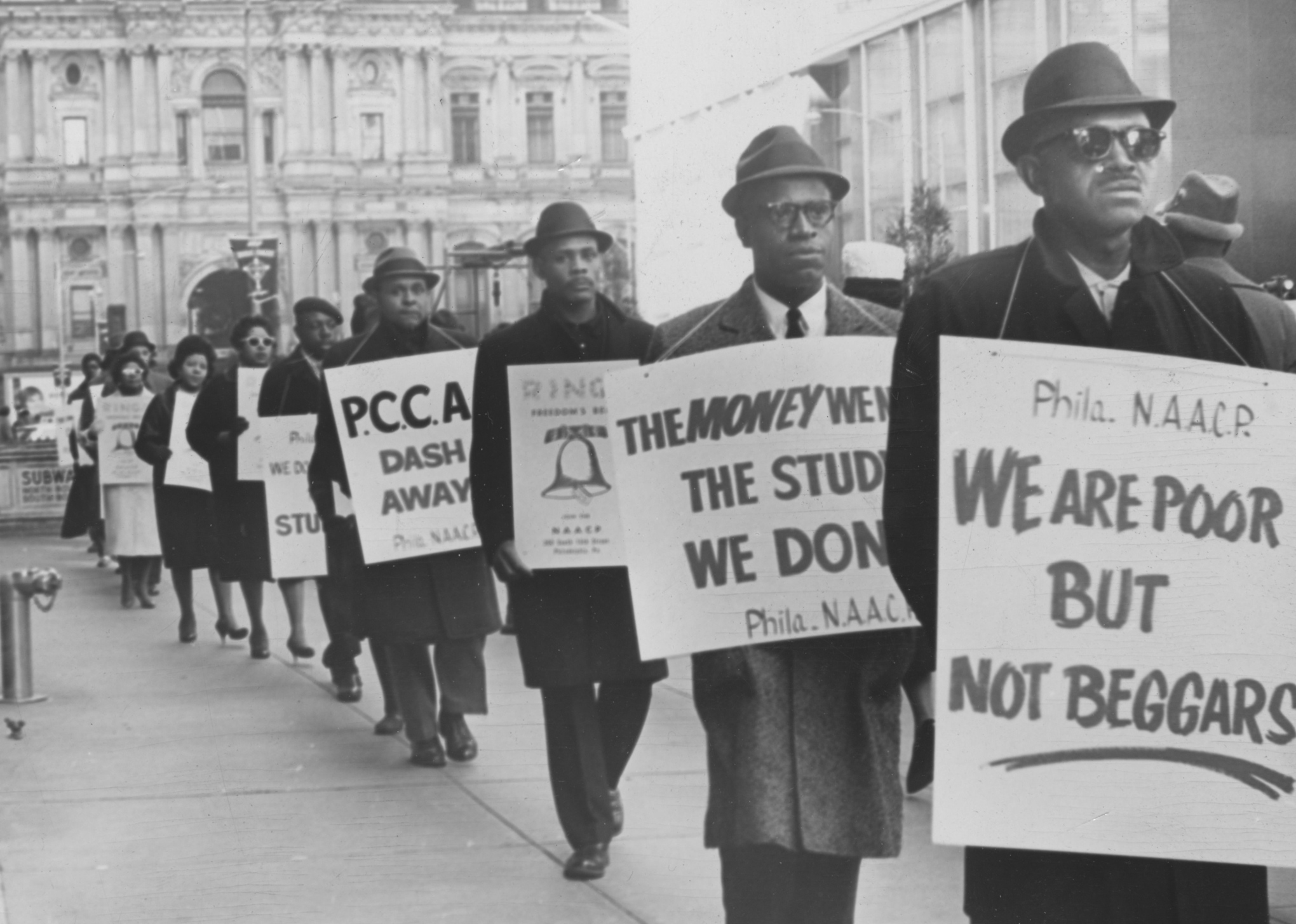 An NAACP demonstration in 1963, the year of the ruling in NAACP v. Button. (Photo by Afro American Newspapers/Gado/Getty Images)

For-profit publishers aren't the only corporations whose constitutional rights are worth worrying about. Nonprofit corporations, particularly those like the NAACP or ACLU which have historically been the target of government ire, have freedom of association rights which corporate personhood helps protect. In the 1963 case of NAACP v. Button, the Supreme Court struck down Virginian laws meant specifically to hamper the NAACP's ability to launch law suits to enforce integration. William Brennan, the author of the ruling, went out of his way to state that corporations like the NAACP enjoy First Amendment protection: "We think petitioner may assert this right on its own behalf, because, though a corporation, it is directly engaged in those activities, claimed to be constitutionally protected, which the statute would curtail."

Stanford Law's Pamela Karlan (now serving as Deputy Assistant Attorney General for the Justice Department's Civil Rights Division) elaborated in the Boston Review on why corporate personhood's protections of nonprofits are so important:

Much criticism of the Citizens United decision has focused on whether corporations should have rights under the Constitution. This critique is mistaken. Corporations come in many forms, ranging from large, publicly traded profit-driven companies (think IBM) to smaller, ideologically motivated nonprofits (the American Civil Liberties Union or the Audubon Society) with many others in between (your local newspaper). The diverse nature of corporations may mean that some corporations have stronger claims than others with respect to particular rights, but on the whole it is clear that our democracy could not function if corporations received no constitutional protection. One of the most famous First Amendment decisions of the Warren Court, New York Times v. Sullivan (1964), protected a for-profit newspaper from a libel suit for publishing a paid advertisement criticizing a public official. Many foundational freedom-of-association cases likewise involve corporations, such as the NAACP. 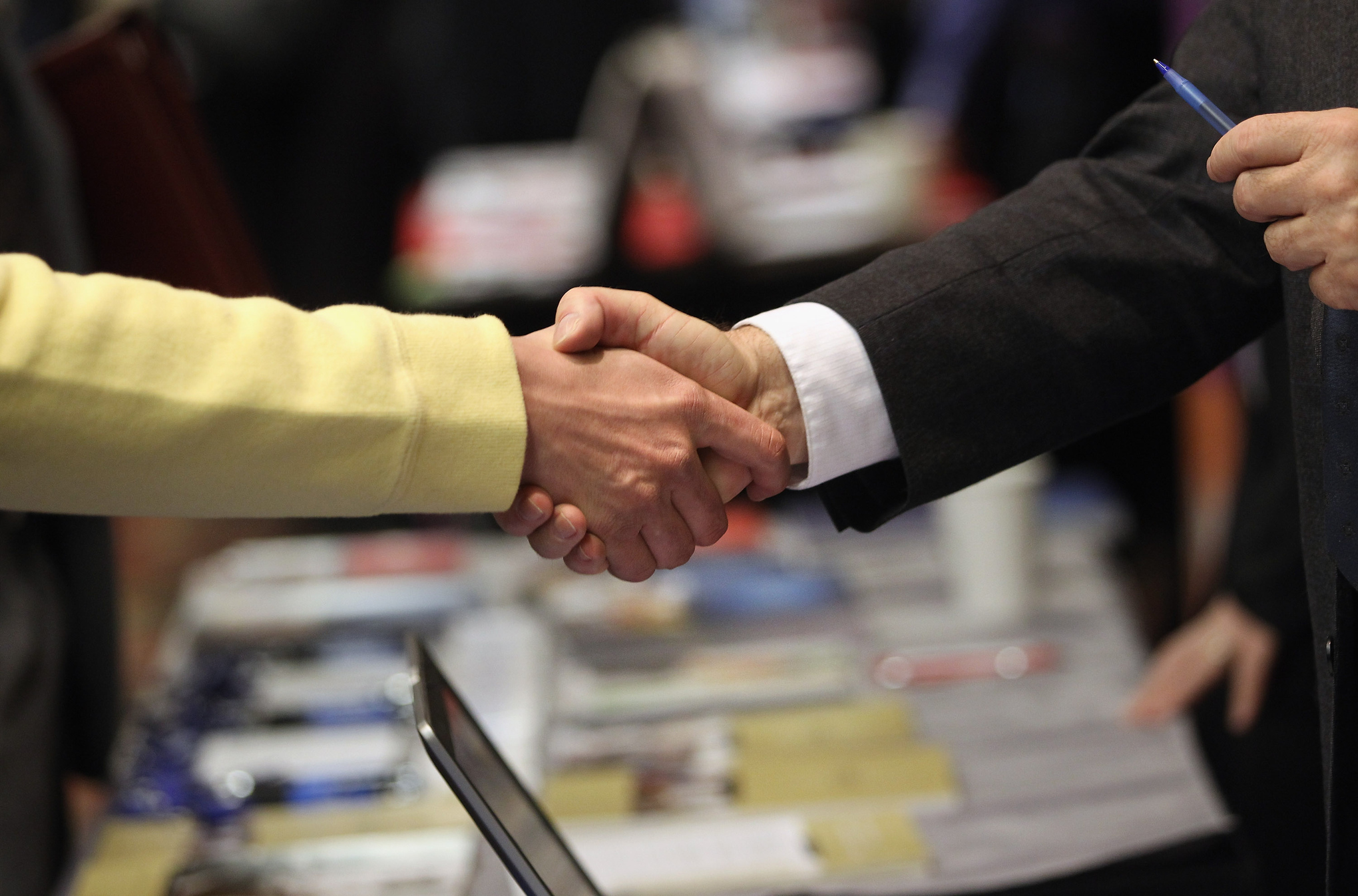 If you're in a general partnership or a sole proprietor of a company, and the company takes on considerable debts, you (and your partners) are personally on the hook to pay them off, with no limit on how much you're responsible for. If that model were to scale up to large corporations, it'd quickly become untenable. If individual shareholders were each personally and unlimitedly liable for corporate debts, the incentive to buy shares of companies would diminish significantly, and equity financing of corporations would become much more difficult. This would also spur shareholders to push against taking on new debt, limiting the other main non-revenue source of financing for companies. All of this would make it much harder for companies to grow, take risks, enter new markets, and so forth.

This conception of corporate personhood has profound and beneficial economic consequences. It means that the obligations the law imposes on the corporation, such as liability for harms caused by the firm’s operations, are not generally extended to the shareholders. Limited liability protects the owners’ personal assets, which ordinarily can’t be taken to pay the debts of the corporation. This creates incentives for investment, promotes entrepreneurial activity, and encourages corporate managers to take the risks necessary for growth and innovation. 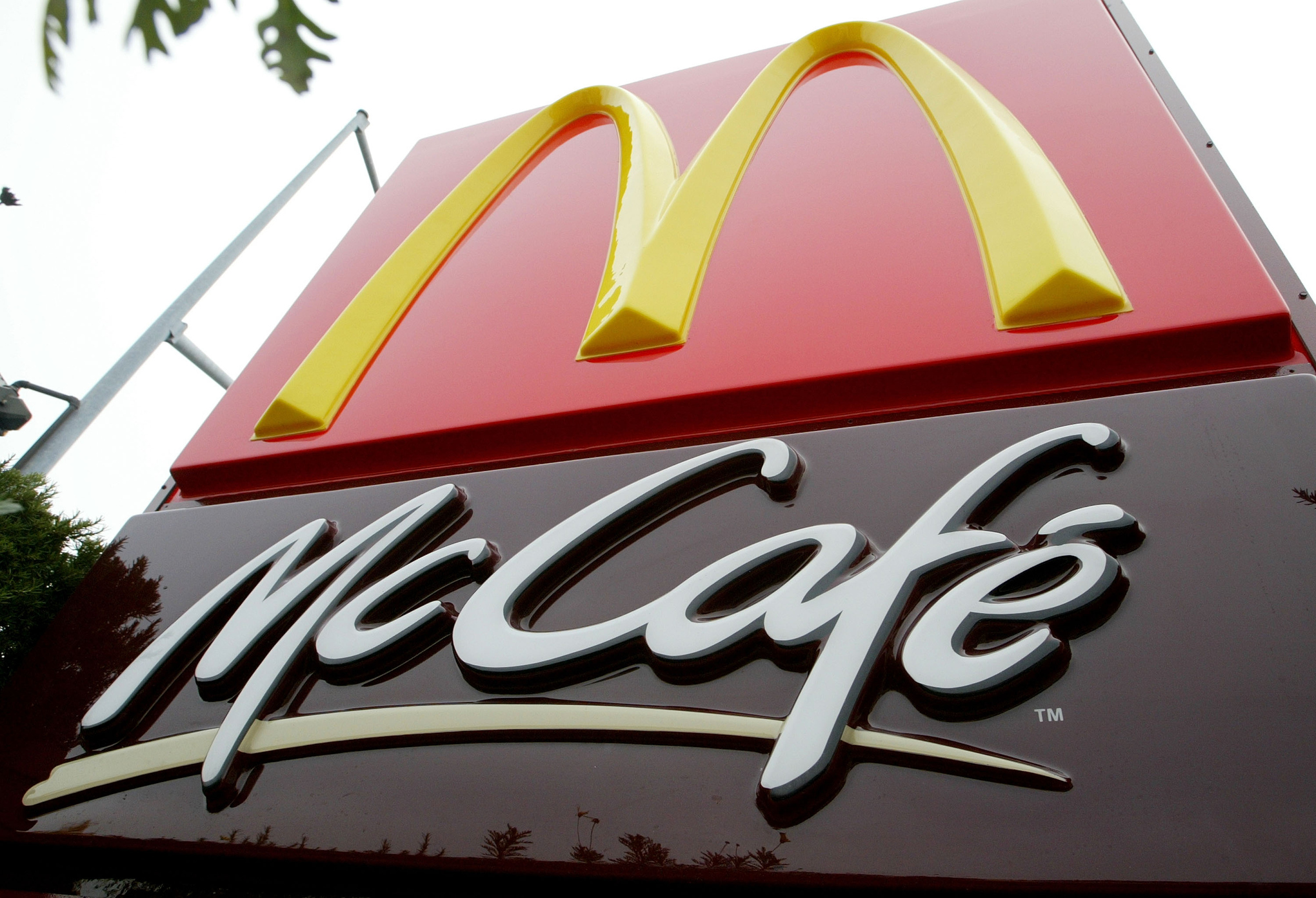 Let's say you, say, go to McDonald's, buy coffee, and get third degree burns when it spills. You have to get skin grafts and other expensive medical treatments to deal with the damage. It's only fair that the company that served dangerously hot coffee should help pay. So you sue them. In a world without corporate personhood, that would mean suing the owners of McDonald's — who, because it's a publicly traded company, number in the hundreds of thousands if not millions. It'd be quite the ordeal.

University of Chicago's Eric Posner notes that legal personhood means corporations can be more readily be held accountable for harms they cause, and means they have to obey regulations that individuals have to obey too:

This transubstantiation of corporations into persons advances some pretty uncontroversial policy goals. If corporations lacked personhood, you couldn’t sue FedEx for crashing a van into your car, or Walmart for selling you a defective space heater that burns down your home, or J.P. Morgan for defrauding you when you get a lemon mortgage. You wouldn’t be able to enter into contracts with a corporation at all. Legislatures and courts have been treating corporations like persons for hundreds of years: There is even a general interpretive rule in the law that when Congress says "persons," it means corporations as well, unless the context of the statute provides otherwise.

The legal fiction that corporations are persons helps courts prevent people from evading, or losing opportunities from, laws that are too narrowly written. For example, imagine that a town enacts a zoning ordinance that gives certain rights (to build here or there) to "persons" and imposes obligations on them (not to build too high). The city council will usually define "persons" to include corporations. Or if it forgets to, a court will likely interpret "persons" that way. You don’t want someone to evade a zoning restriction simply by incorporating a business that he solely controls and then erecting a skyscraper in a residential neighborhood. 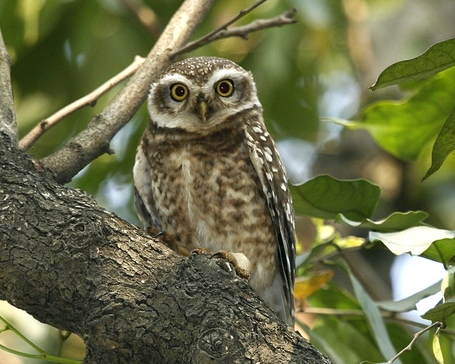 Posner also highlights another class of non-human entities who have been dubbed persons: endangered species. Nixing corporate personhood could mean nixing other forms of artificial personhood as well, with negative consequences for conservation and animal rights:

Tommy lives in a cage in the town of Gloversville, N.Y. He has filed a petition for a writ of habeas corpus with a state court, asking for release from captivity. But Tommy is a chimpanzee (the petition was filed on his behalf by an animal rights group), and New York grants the right of habeas review to "persons."

From a legal standpoint, there is nothing remarkable about a chimpanzee claiming to be a person. Indeed, there are a number of cases that have been brought by animals—including a palila, a marbled murrelet, and a spotted owl. All of these animals sought to enforce their rights under the Endangered Species Act, under a provision that gives "persons" the right to bring suit. 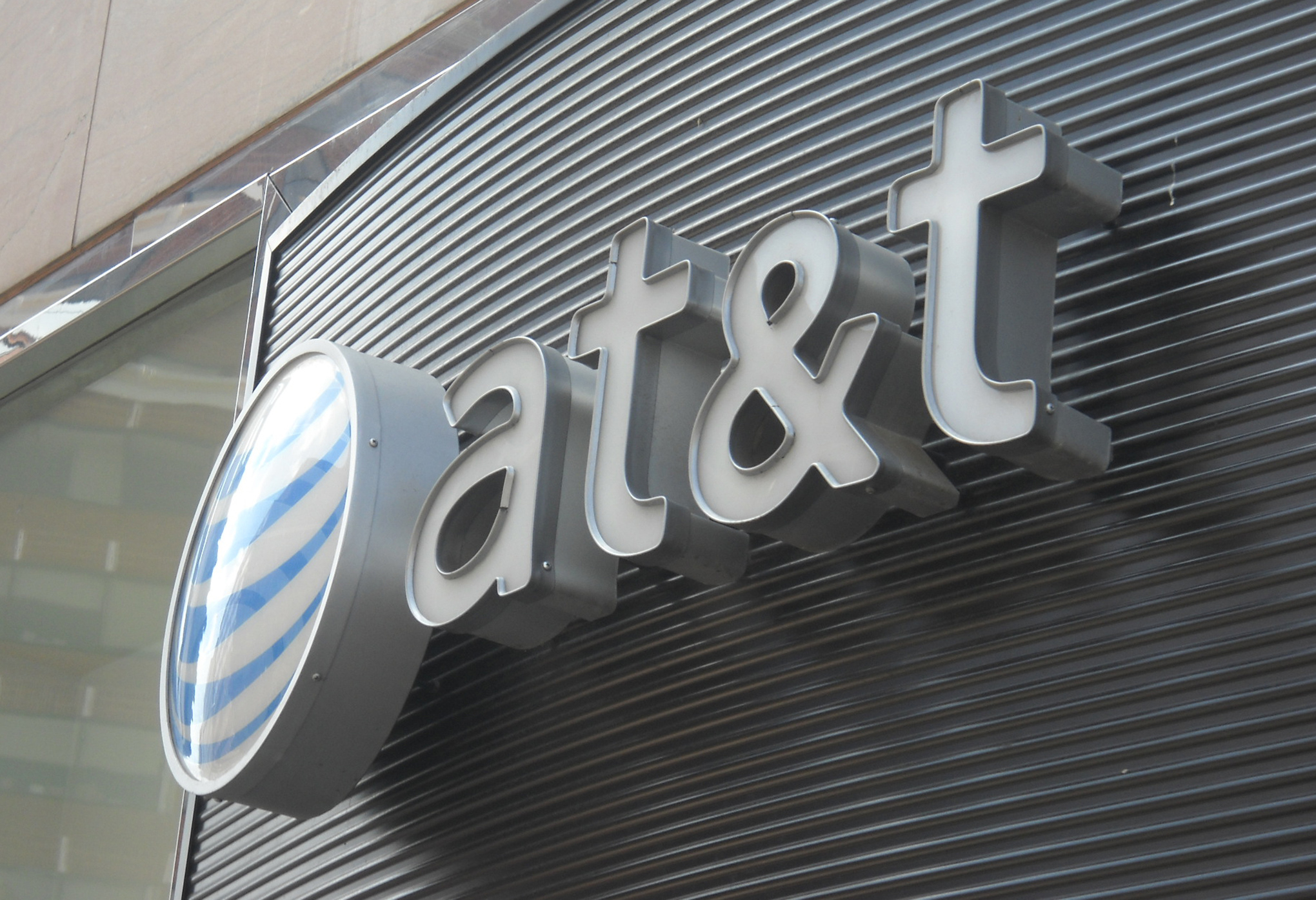 AT&T isn't a person when it comes to FOIA, the Supreme Court concluded. (Photo by Etienne Franchi/AFP/Getty Images)

Support for corporate personhood in specific instances — say, for nonprofit advocacy corporations, or for press institutions, or for the purpose of torts — by no means obliges one to support the extension of all individual rights to corporations. At the end of the day, corporations are a legal fiction meant to be useful for individual people, and Congress and state legislatures should be able to set reasonable limits on what rights corporations can possess.

Even John Roberts has said as much. In an unanimous 8-0 ruling (Kagan recused herself), the Court ruled in 2011's FCC v. AT&T that AT&T, despite being a "person" for many legal purposes, is not entitled to "personal privacy" under the Freedom of Information Act. "'Personal' ordinarily refers to individuals," Roberts wrote in the opinion. "We do not usually speak of personal characteristics, personal effects, personal correspondence, personal influence, or personal tragedy as referring to corporations or other artificial entities."

That's the way it should work, and has historically: corporations are granted constitutional protection when necessary to safeguard the rights of citizens, but not across the board. Throughout most of American history, Yale historian Naomi Lamoreaux and University of Michigan law professor William Novak write, "the court carefully parsed the different clauses of the 14th Amendment, granting corporations equal-protection and due-process rights when necessary to protect the property interests of the human persons who constituted their shareholders but denying corporations the privileges and immunities of citizens or due-process protections for life and liberty."

Embracing corporate personhood doesn't mean supporting Citizens United or Hobby Lobby or other decisions that stretch the concept beyond its appropriate bounds (though, as Yglesias points out, Hobby Lobby's victory had less to do with corporate personhood than you might think). It just means accepting that sometimes, in cases like Grosjean or NAACP v. Button, treating corporations like people is necessary.